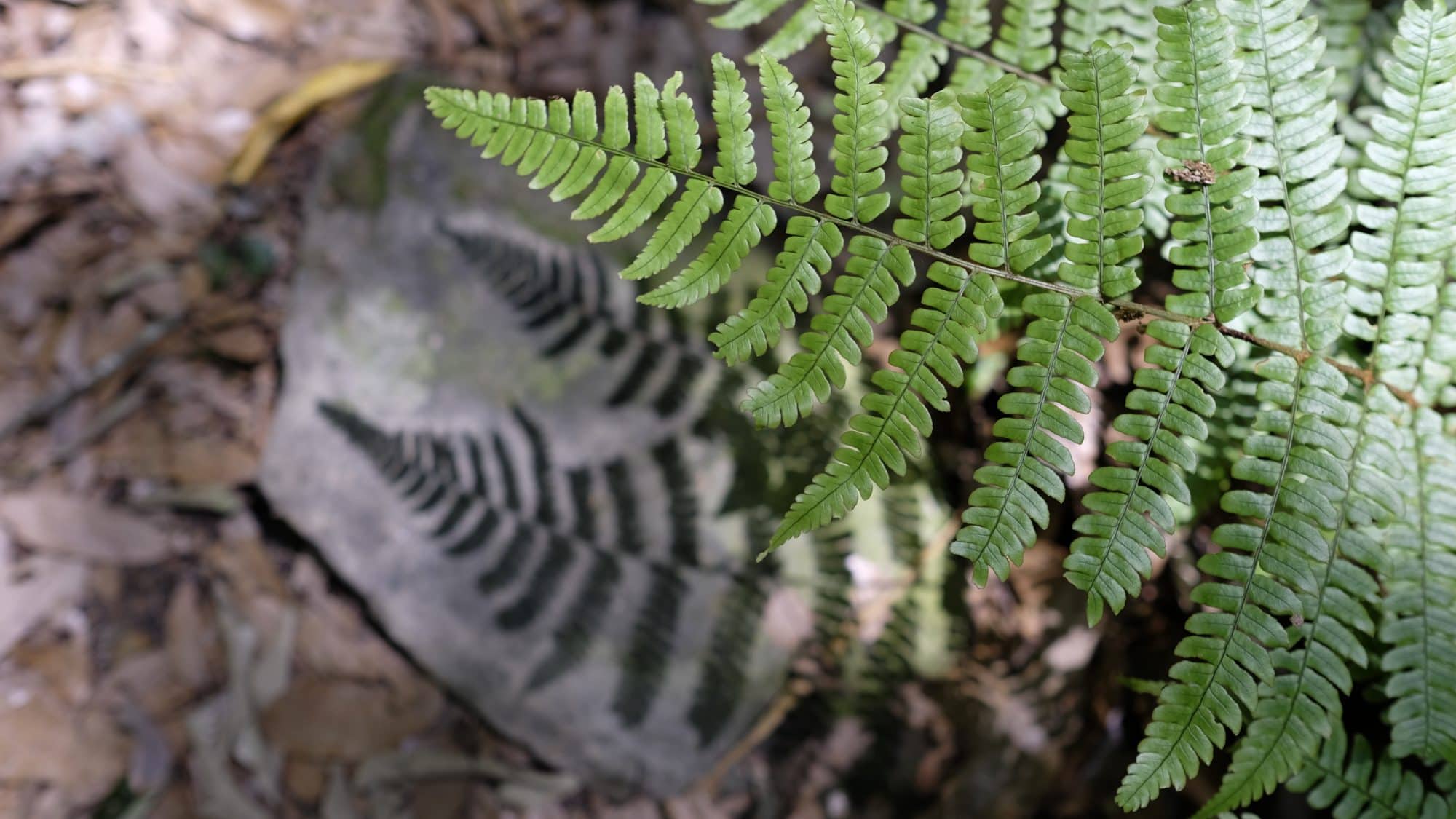 Sleeping on the beach last night was fairly uneventful as far as my forays into wild camping go. With nothing else but the sound of the waves I became slightly paranoid about getting washed away by the incoming tide but looking out at the view of the stars and the moon soon belayed any fears.

In the morning I was a little slow packing up since I needed to allow some time for the tent to dry off. Even without any rain, it was still very damp (if anyone has any tips on how to deal with this I’d appreciate them). 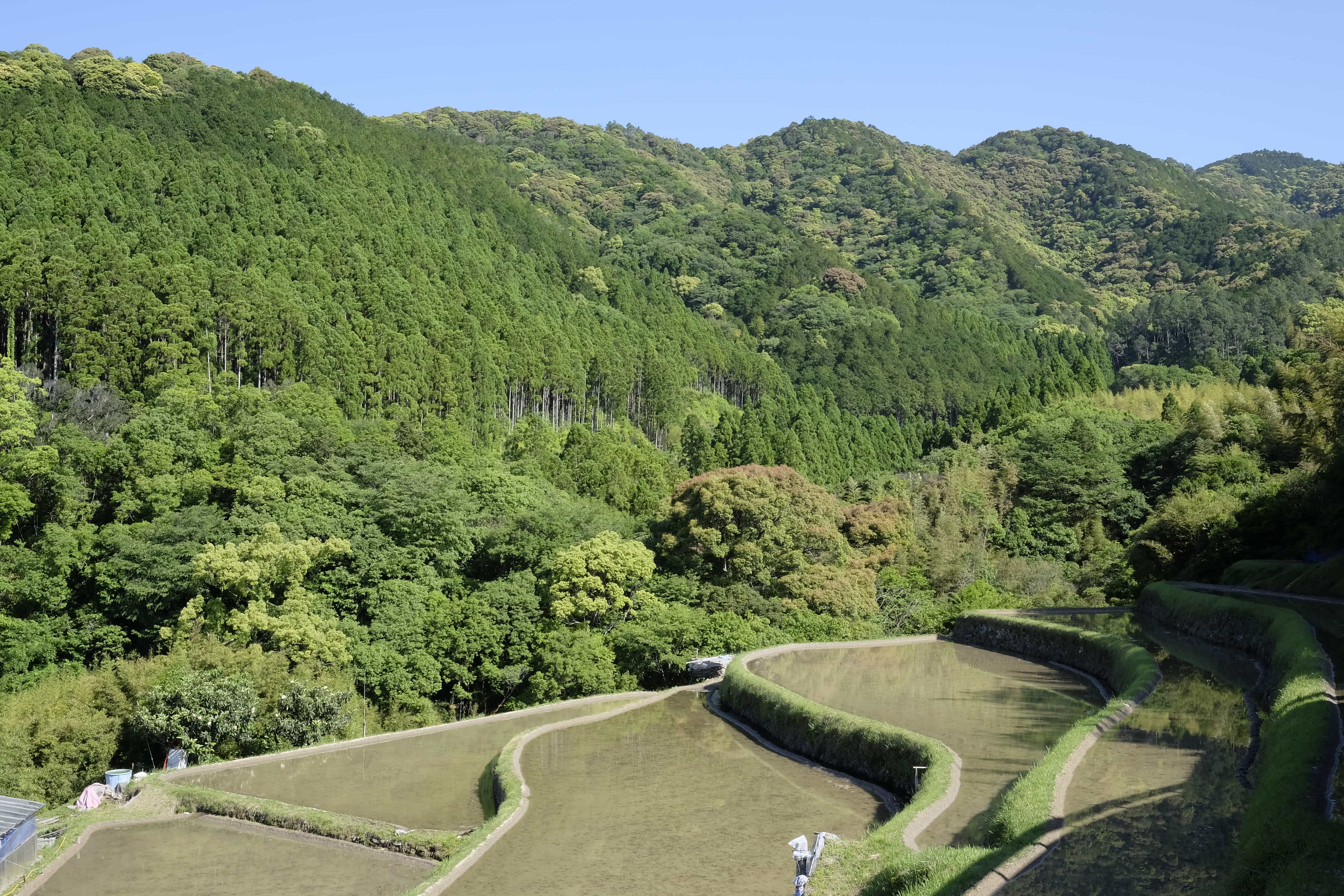 After a simple breakfast, I left my pack at a nearby store and head off towards Kōnomine-ji (神峰寺 – 27) which required a 4km return journey up and down a steep 400m mountain. 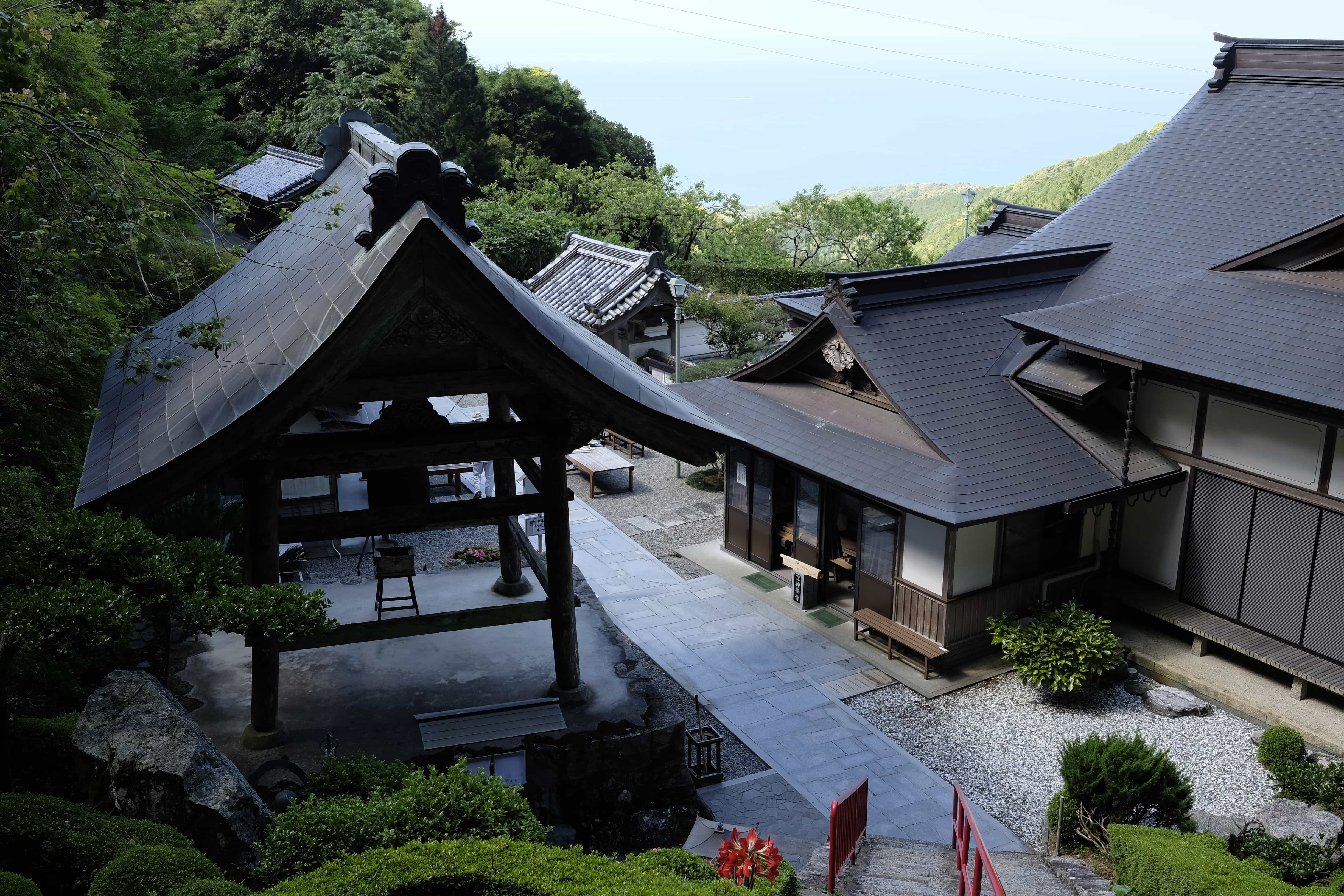 Arriving just at 9am I was secretly gratified to notice that I’d beat a cyclist who had set off from the bottom at the same time. No doubt he had a much faster journey down. 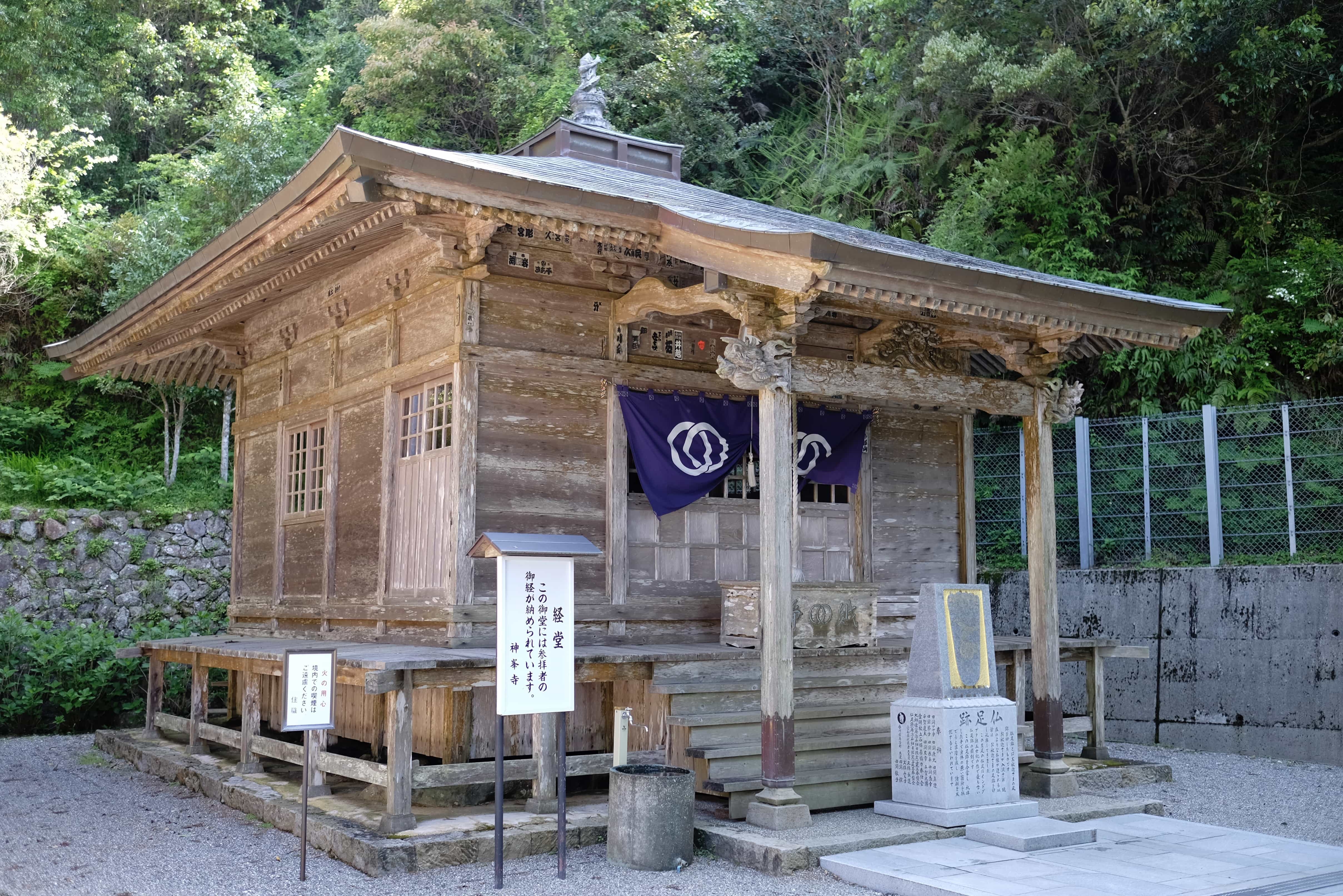 I noticed a group of other pilgrims filling up their bottles with water from the steam above the purification basin (not sure of the official name). The water from different temples is supposed to be able to cure various ailments.

After walking back down I stopped at the shop where I left my pack in order to add more plasters and tape to the blisters on my left heel which were really hurting and slowing me down. This seemed to do the job and I continued north along the coast road. 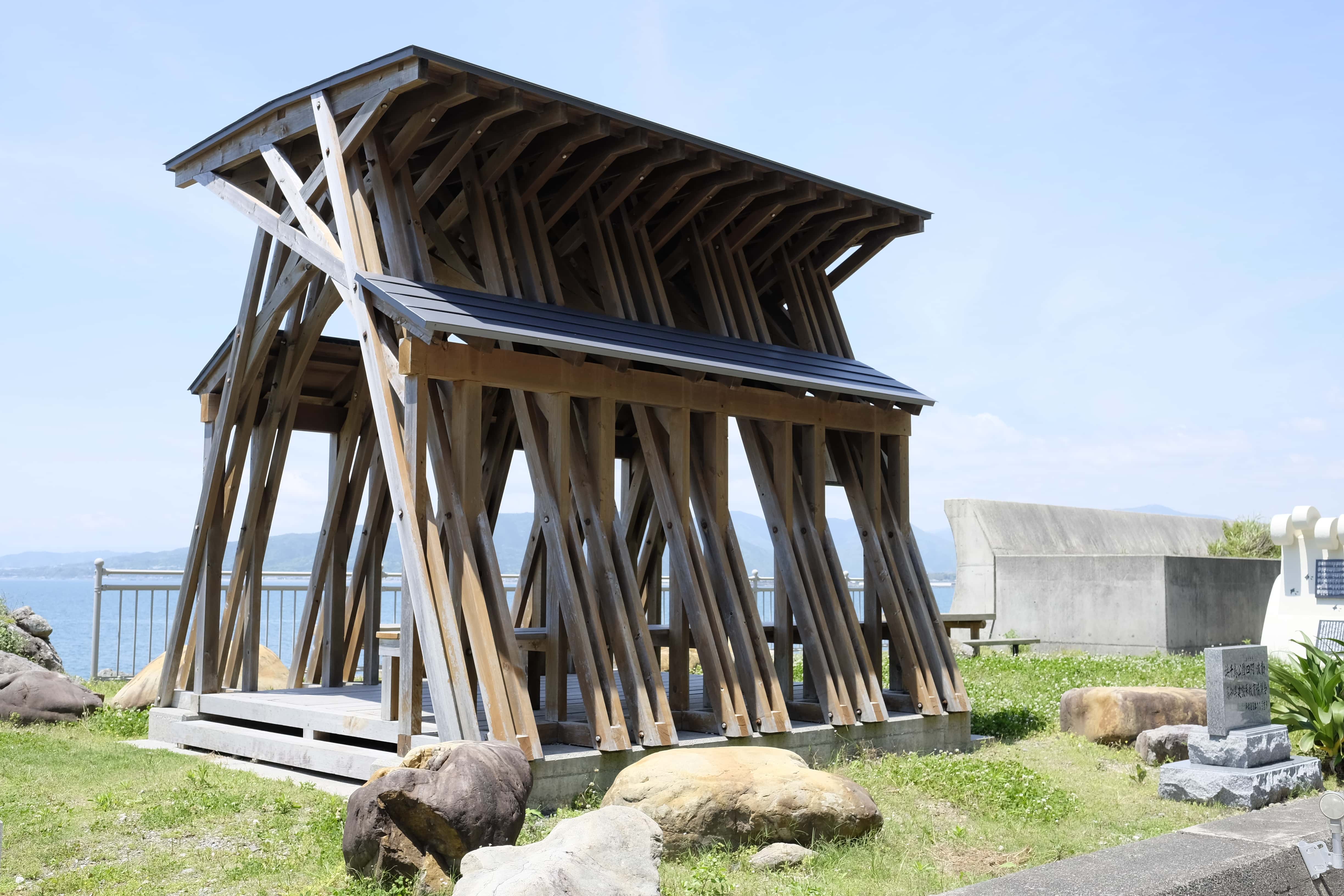 The hut at Hamachidori Park hut would make a wonderful spot to camp. 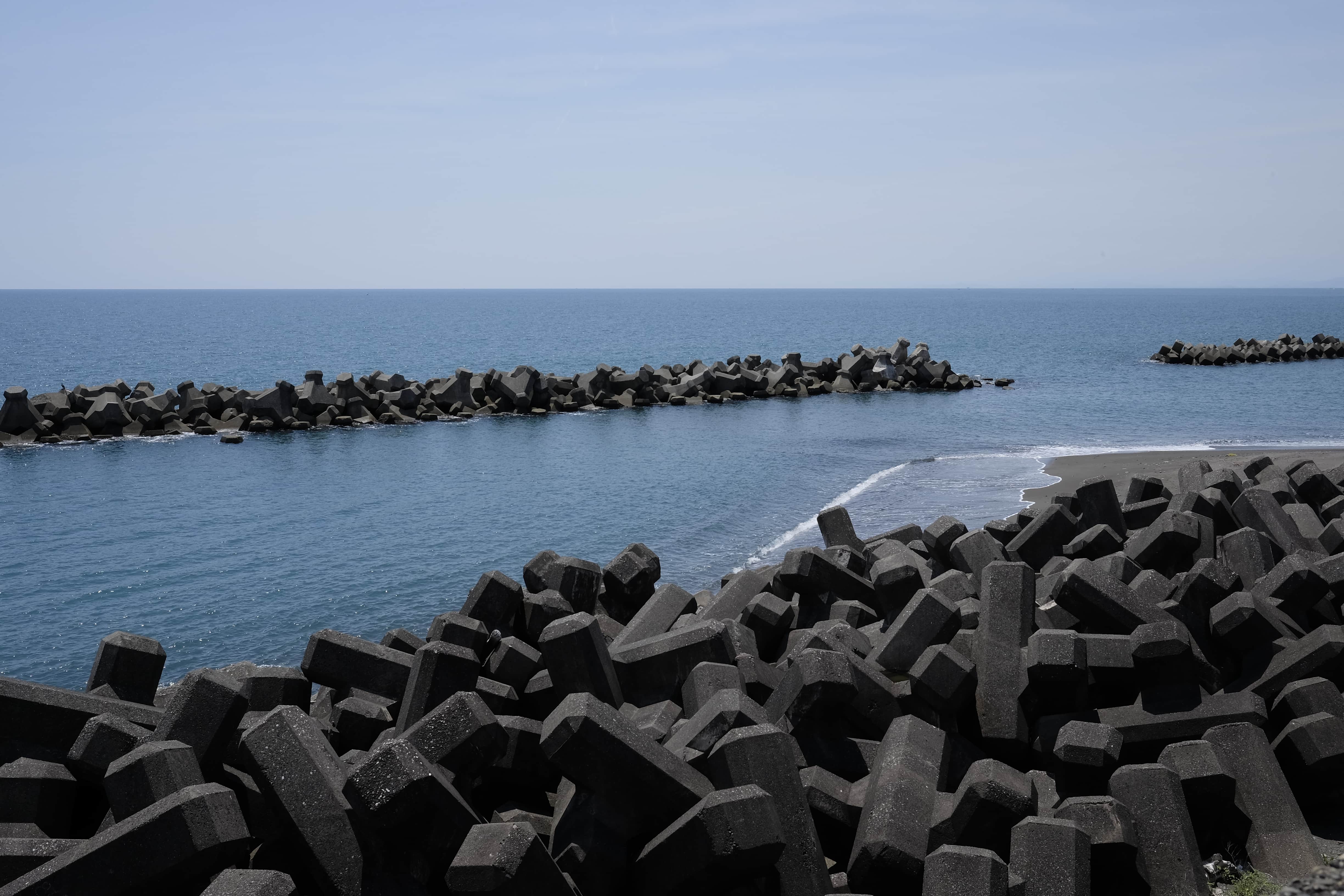 Approaching central Aki most of the trail goes along the concrete sea wall which is an ugly but impressive feat of engineering. I don’t think I’ve seen any coast yet that wasn’t cemented in place. Not kind on the feet. 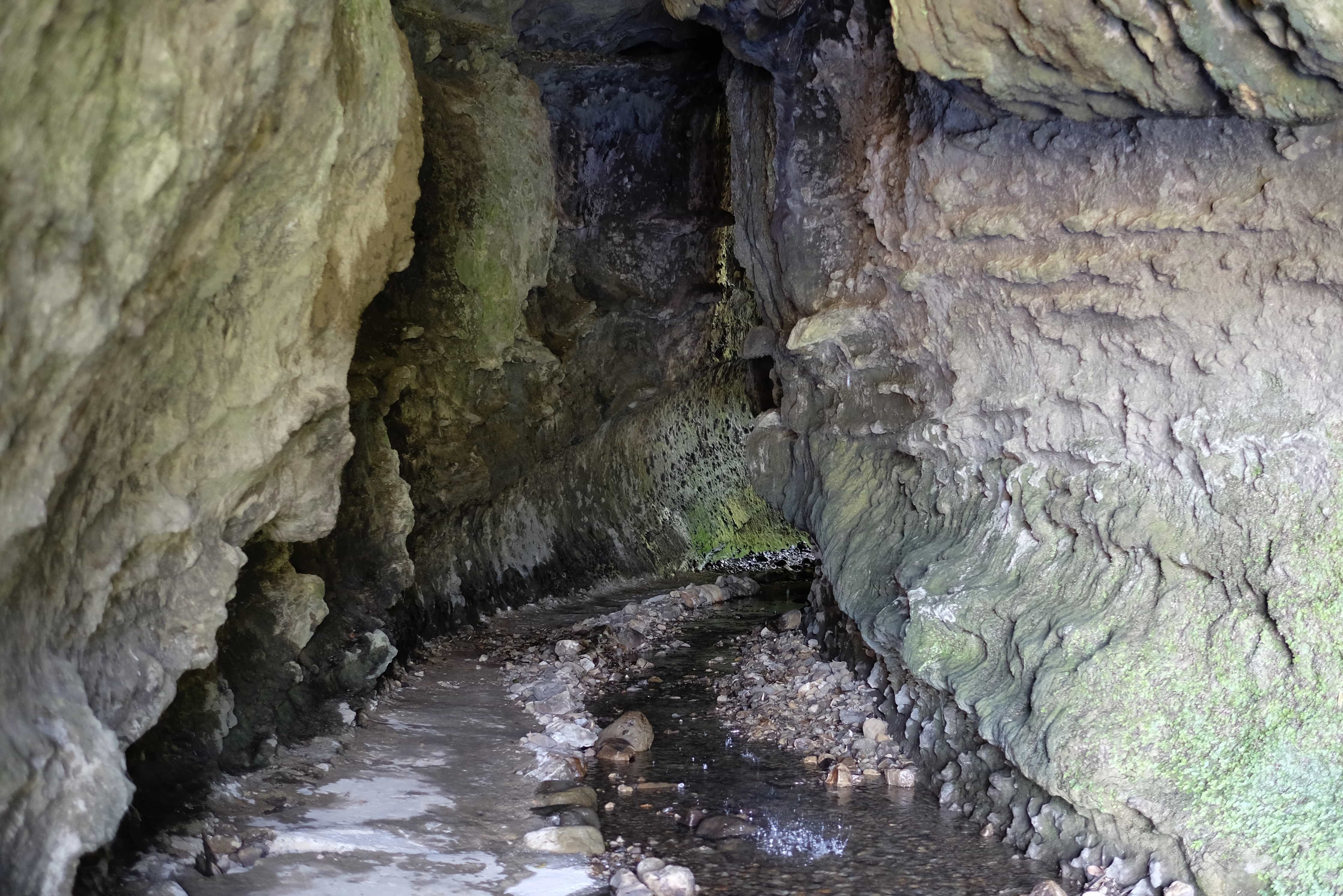 The highlight of the day came when I turned away from the sea wall to visit Iokidō Cave, which was formed over thousands of years by the stream which runs through it. 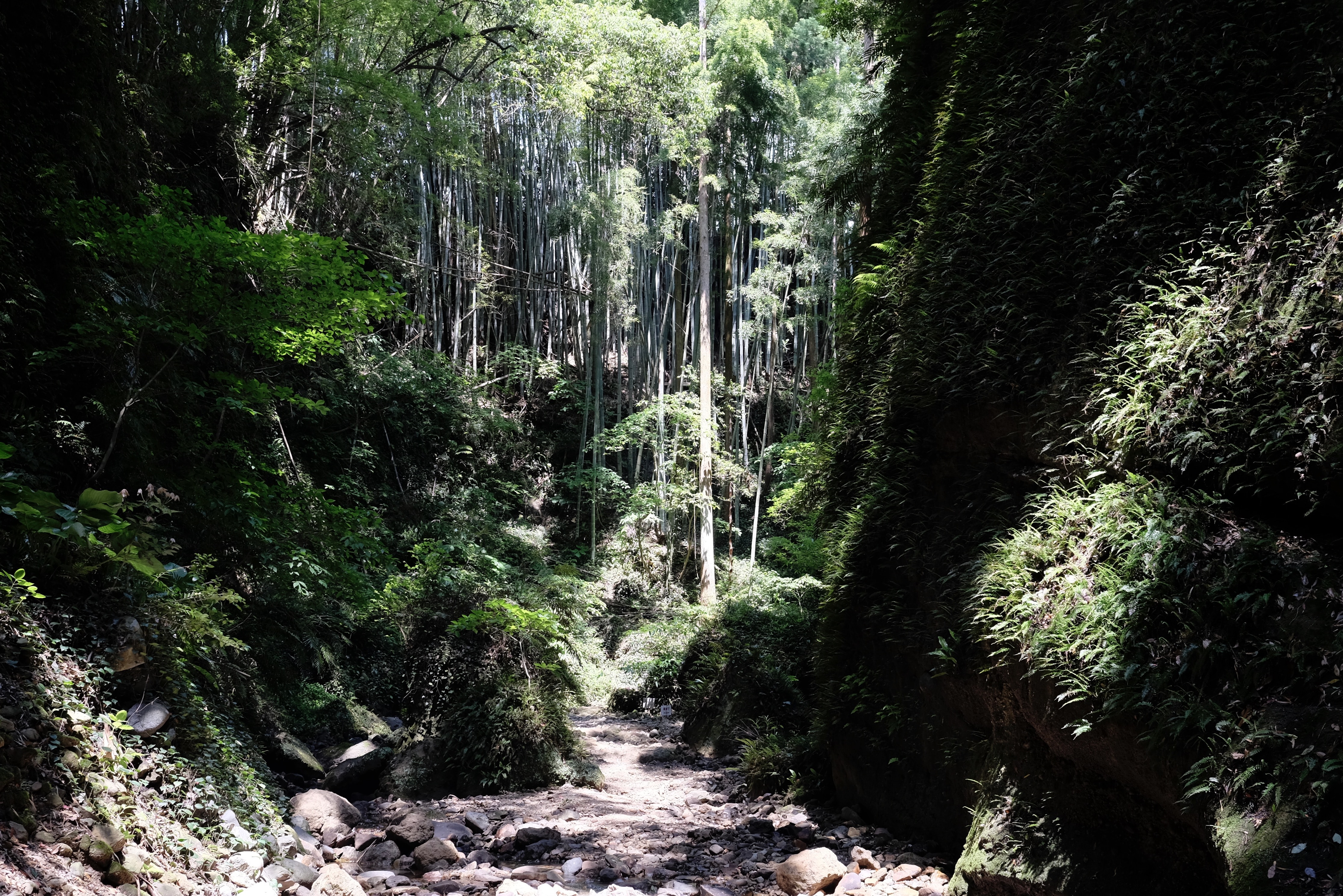 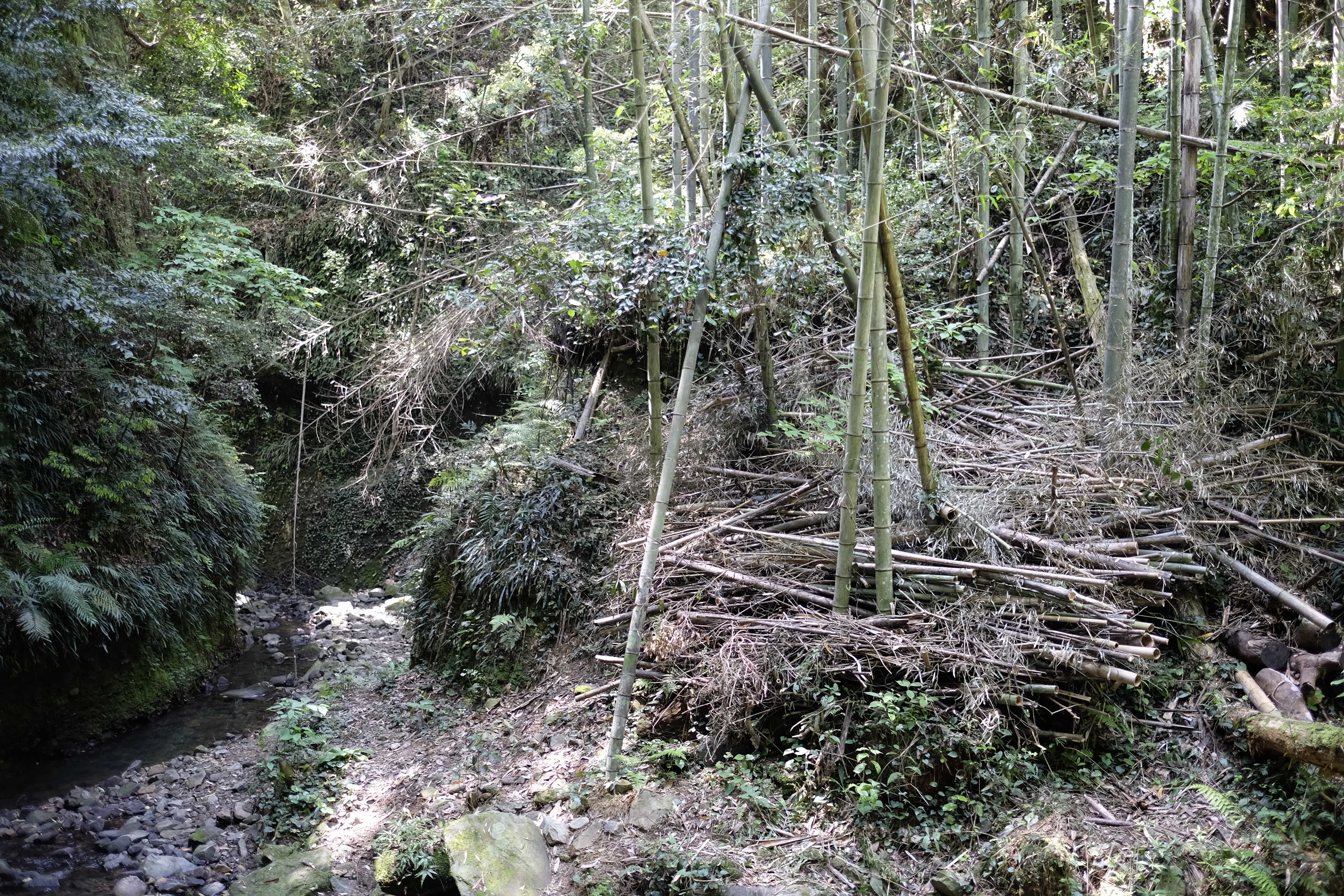 After passing through the large cave you emerge on the other side in an ethereal ravine covered with ferns and bamboo on either side (as well as warning signs telling you to beware of poisonous snakes). It reminded me of Todoroki Valley in Tokyo. 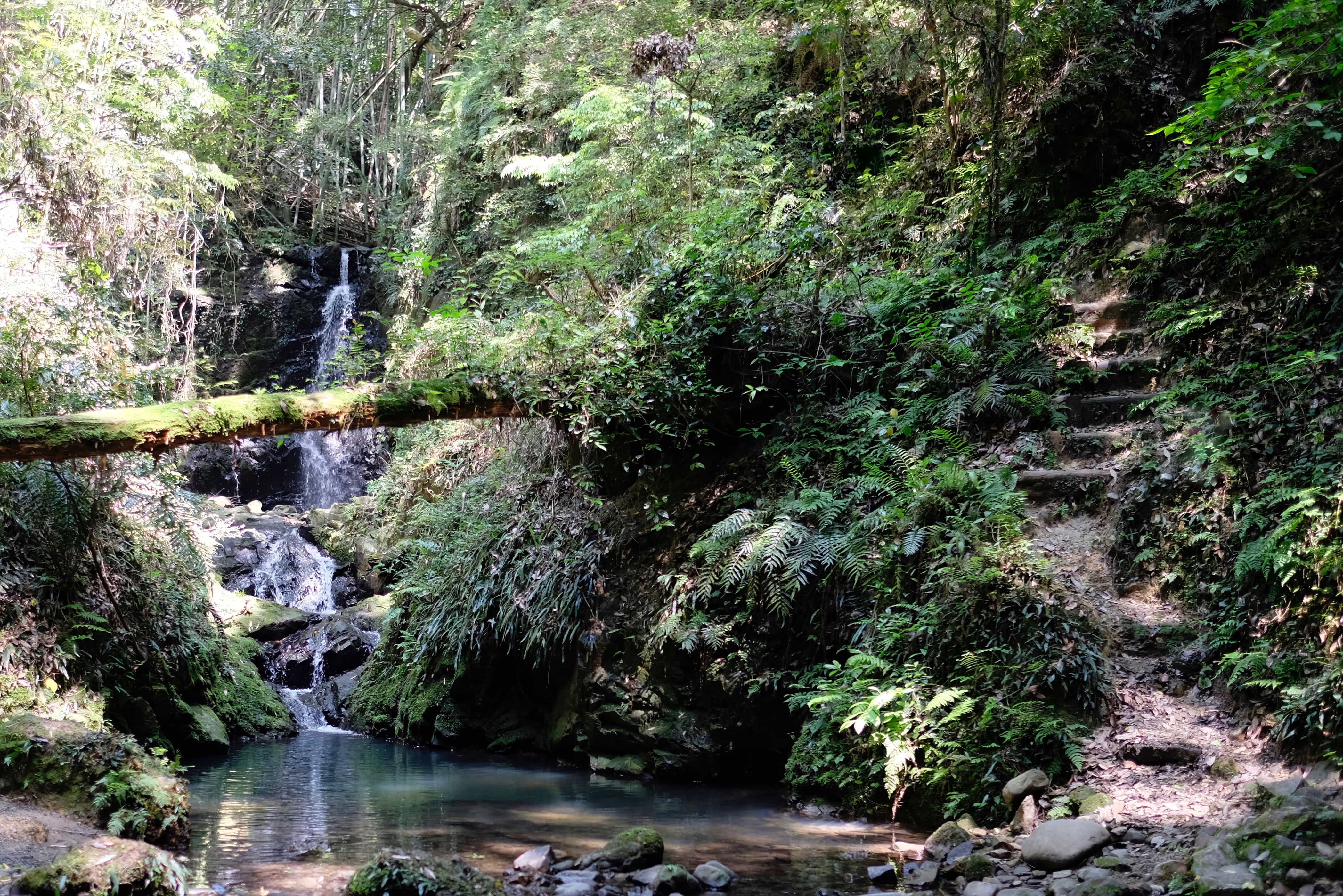 I walked for around 400m before reaching a small waterfall which feeds the stream. A really magical spot.

From here it was only a half hour walk into Aki where upon asking around I managed to find a coin laundry. I left my clothes washing while I visited Helston Onsen for a quick wash. There’s nothing better than a hot bath after a long day walking. Some heavily tattooed gentlemen eyed me with suspicion (I didn’t think they were allowed in public baths?).

After a bowl of mediocre ramen, my next call of action was to decide where to sleep. Since the forecast looks dry until Sunday and the nearby Business Hotel is full I decided to camp out in a local park. Not the quietest spot since it’s near the main road but hopefully I’ll be left undisturbed. See you tomorrow.