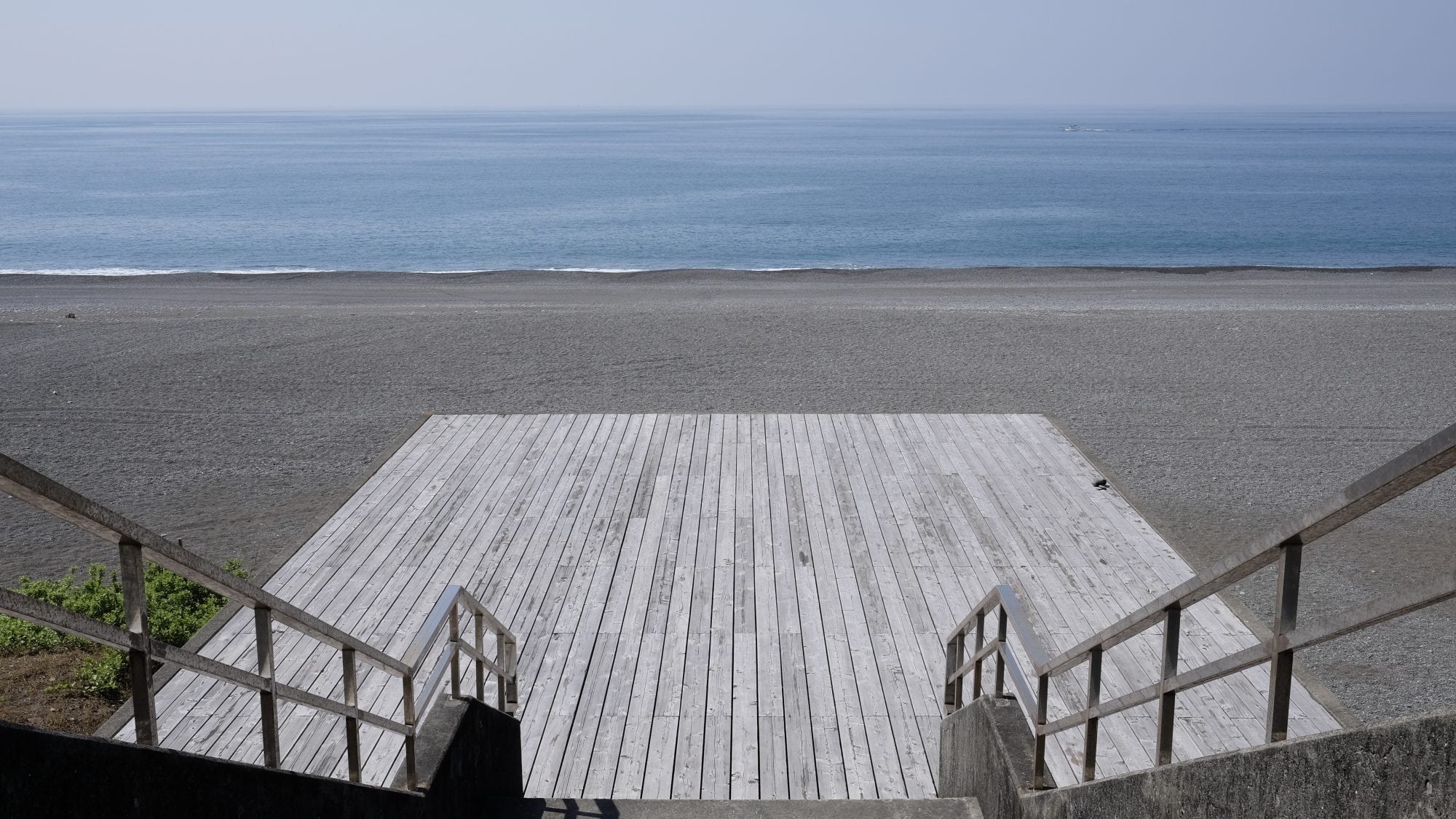 Much to my surprise, the brick floor I pitched my tent on last night wasn’t so bad. One of the advantages of walking 25-35km per day is that you’re so tired at the end you can sleep just about anywhere.

By 7 am I was packed and ready to begin walking with my goal to reach Dainichi-ji (大日寺 – 28) by mid-afternoon. Today’s route was a straightforward march along the coast, much of it following a cycle road. Although it was still concrete, it was much better than a highway.

As well as the official huts, local people with land along the henro trail have set up many small rest stops where you can sit and sometimes have a cup of tea. I came across one near Akano where a large room was filled with intricate origami hanging from the ceiling and paper mache dolls of pilgrims sitting in chairs.

I stopped for lunch around 11 am at Yasu Sea Park where I found an Indian restaurant which made a nice change from my almost solely Japanese diet of the past two weeks.

A little later a woman pulled up on her scooter and handed me a can of rice milk and a red bean biscuit. This immediately brightened my day, I only wish I could return all this generosity.

A few days ago I left Tokushima and entered Kochi Prefecture (高知県), known as the place of ascetic training, which means to withdraw from the everyday world and try to live more frugally.

The pilgrimage certainly provides this in spades and, while I haven’t taken it to any extremes, it feels very freeing. I hope at the end of it all I can be a little more tolerant of discomfort and disorder (both physically and mentally).

Talking of discomfort, after two nights in the tent and with two rather painful feet I decided I needed a roof over my head so booked myself into a cheap guest house near Dainichi-ji.

Arriving around 2 pm I left my pack before heading up to the temple, another 1.5km away. It looked like it had been rebuilt/restored fairly recently and I had a nice chat with the lady running the shop. Actually, she chatted to me and I replied to the 10% I understood.

Back at the guest house, it was a blessed relief to have a proper shower and be able to relax. Tomorrow I hope to make it to Kochi City and then have a rest day on Monday to explore the sights.