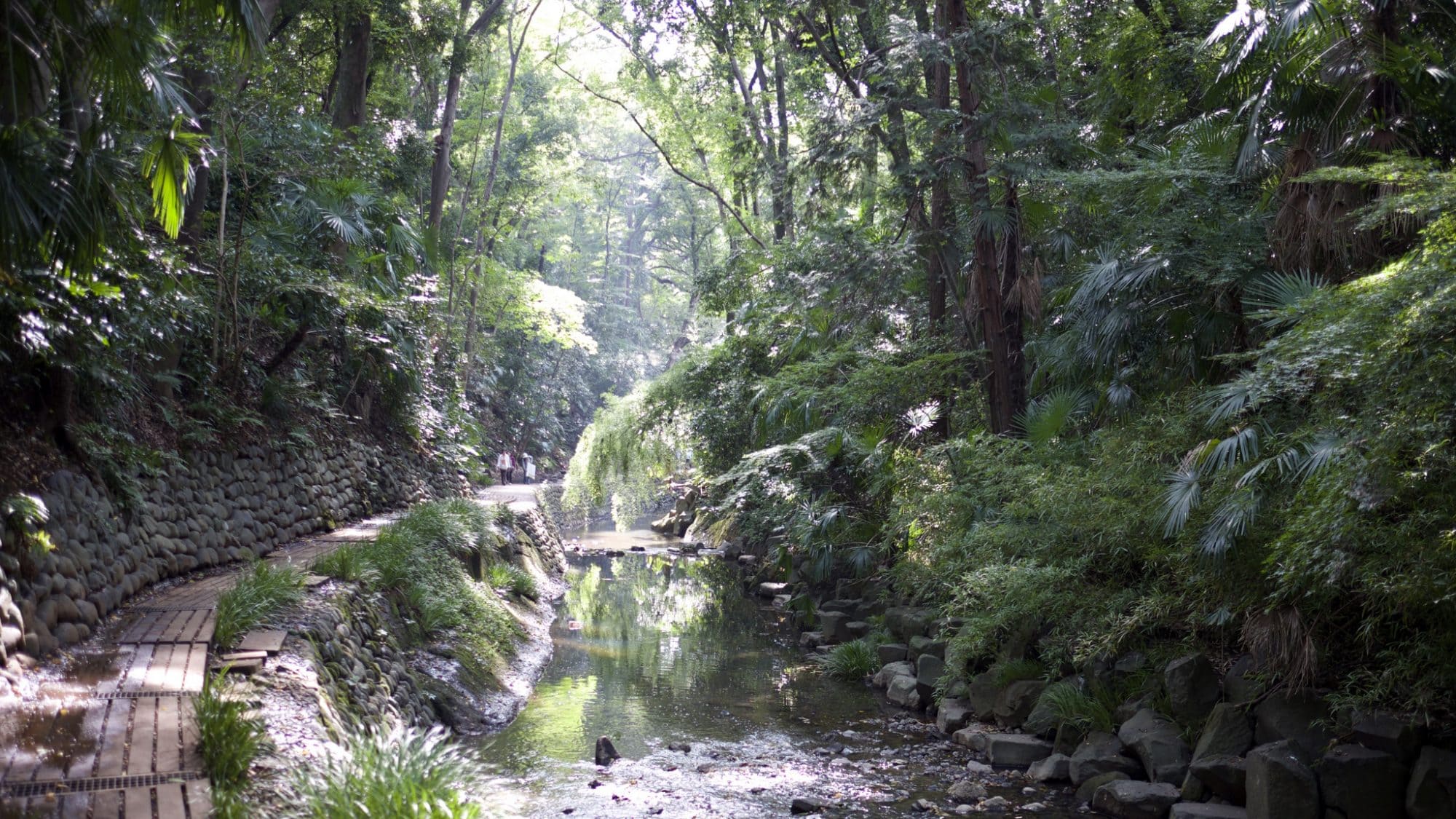 Tokyo is full of famously well-manicured gardens (exhibits A, B, C, D, E…) but few know of the lush and untamed Todoroki Valley (等々力渓谷) which hides in the middle of Setagaya ward. On a lazy Sunday afternoon, I set out to discover this lost world.

A short walk from Todoroki Station (等々力駅) the one-kilometre walking trail begins at Golf Bridge (so-called for the golf course which used to be nearby) where you immediately descend into what feels like a temperate rain forest overhung by a dense tree canopy.

The path winds its way along the Yazawa River at the base of the ravine which, despite having been contained by stone walls, retains its restful and wild nature.

After a short walk, you reach the modestly appointed Chigo Daishi Mieido (稚児大師御影堂) shrine containing a sculpture of priest Kobo Daishi (弘法大師) who apparently had a vision that inspired him to explore this valley, where he discovered its spring waters.

Groundwater emanating from two stone dragon’s mouths cascades into a small pool which was reportedly once used for Shinto ascetic meditation. Fudo Waterfall (不動の滝) seems to have lost some of its strength but remains a focal point.

Behind the waterfall, stairs lead up to the bigger Todoroki Fudo Temple (等々力不動尊) where you are greeted by a bronze dragon breathing purifying water instead of fire.

Back down in the valley, I stopped at the small Setsugetsuka tea house for a cup of matcha overlooking the tail end of the trail. Illuminated by rays of light piercing their way through the foliage the view couldn’t have been much better.