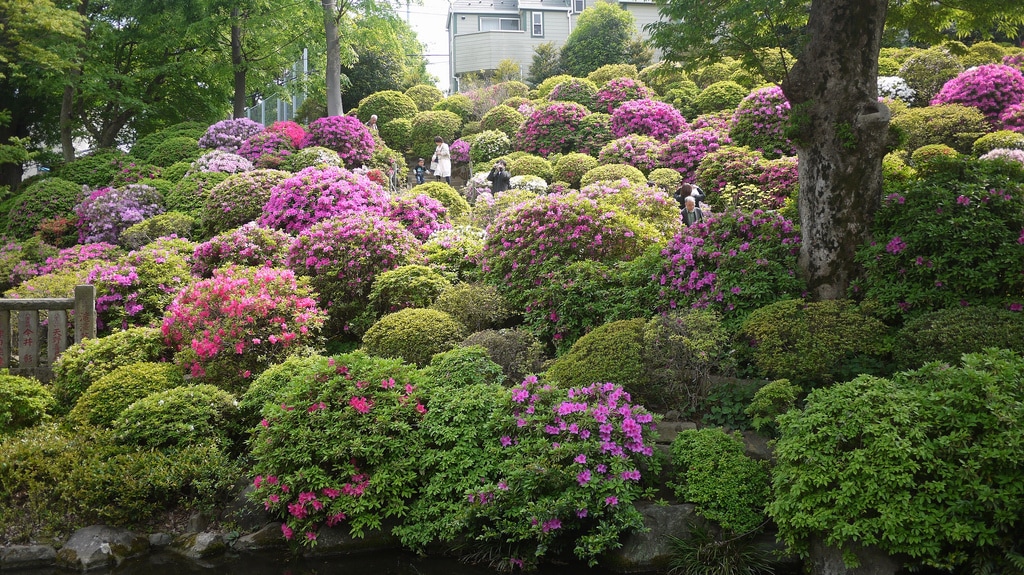 Close to the University of Tokyo and a short distance west from Ueno Park is a traditional area called Yanesen (谷根千) which still retains many historical structures, in the style of Edo-period Tokyo. 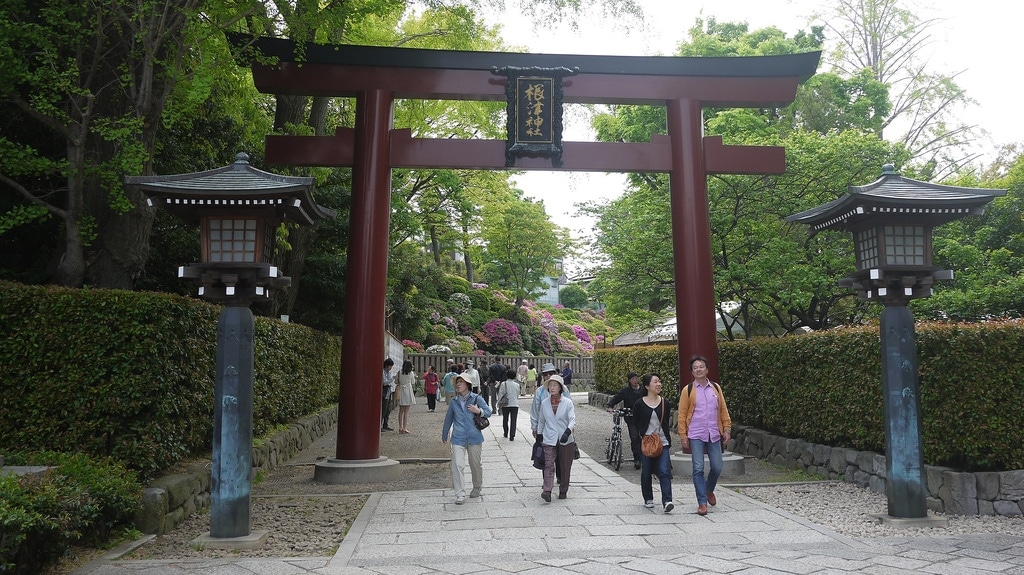 During Golden Week I paid a visit and was luck enough to catch the Bunkyo Azalea Festival (Tsutsuji Matsuri) at Nezu Shrine (根津神社) where is it held every year April 9 – May 5. I had actually first visited the Shinto shrine a few weeks earlier by chance when I was riding around the area but whereas the grounds were green and empty then, they were now a very different proposition. 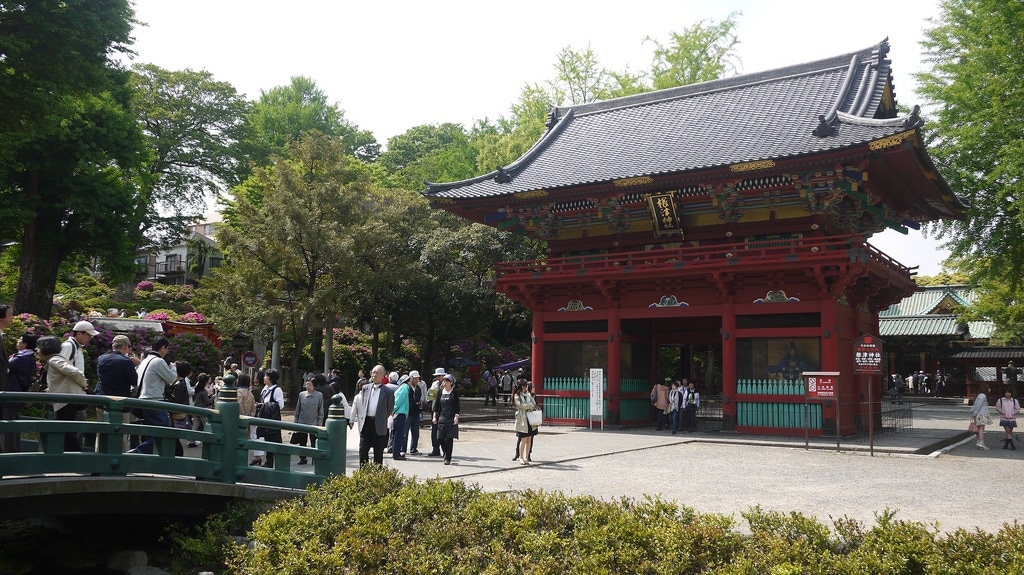 Crossing over Shimbashi bridge you arrive in front of the large Roumon gate. 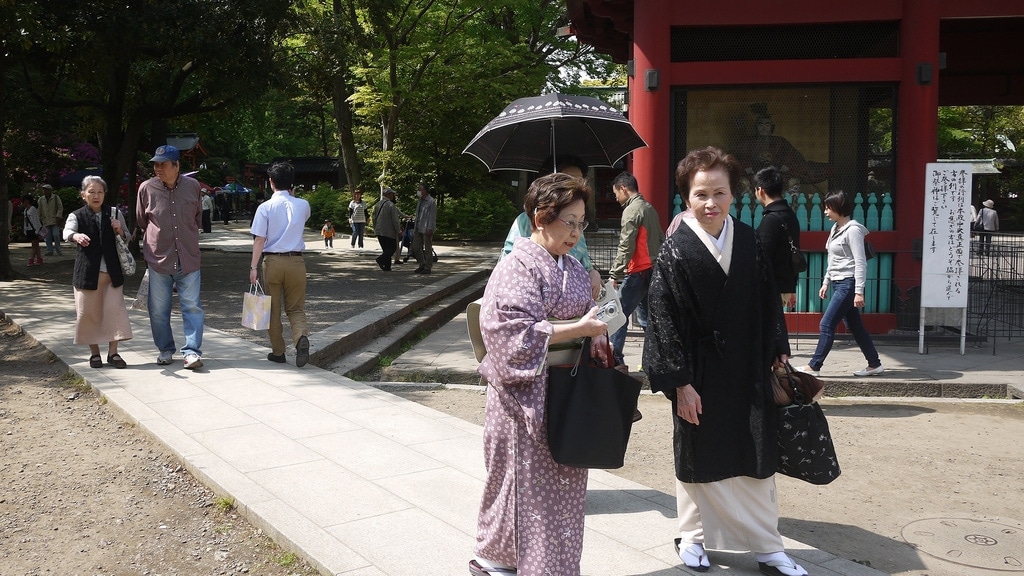 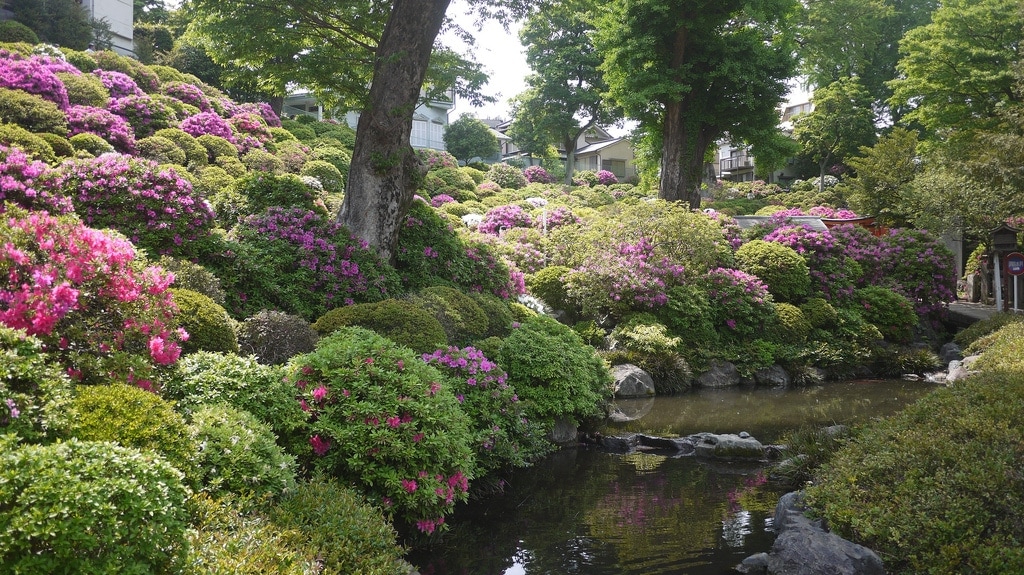 The 3,000 or so azaleas on the hillside surrounding the shrine had burst into a cacophony of colour and large crowds had come out to try and spot the roughly 100 different varieties. 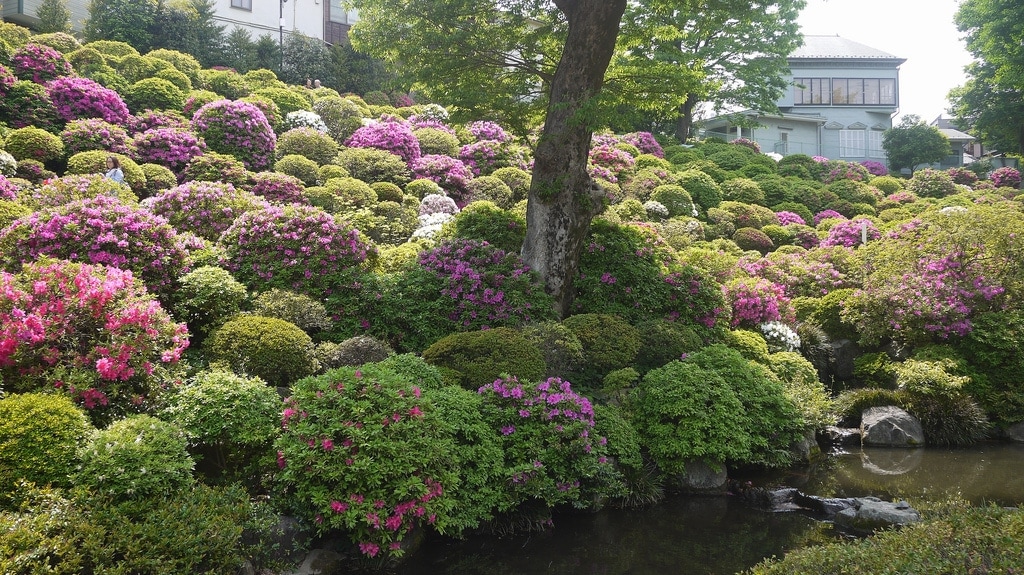 It’s hard to describe just how stunningly gorgeous the landscaped garden is in full bloom. 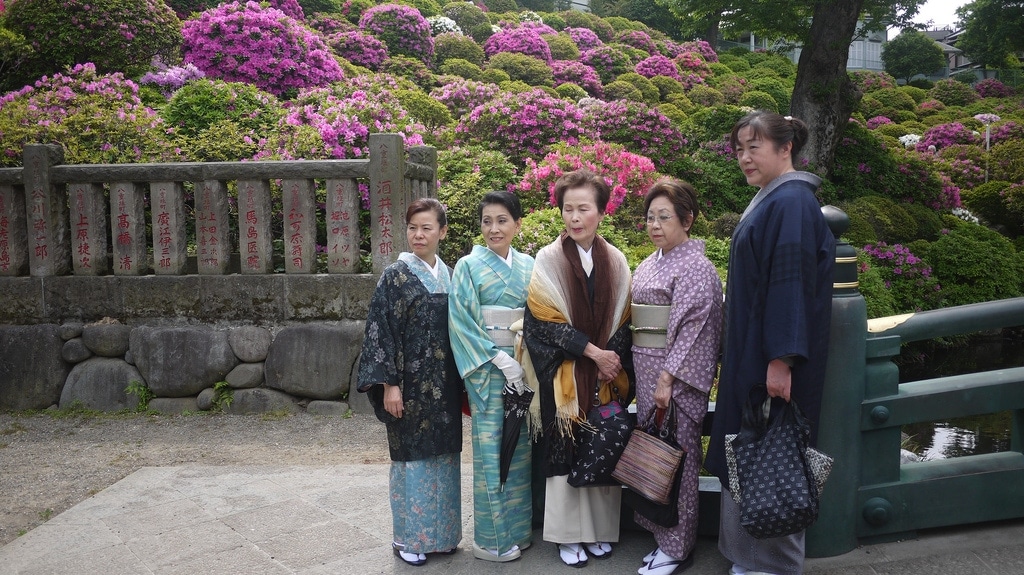 Many ladies had come dressed for the occassion in beautiful kimonos. 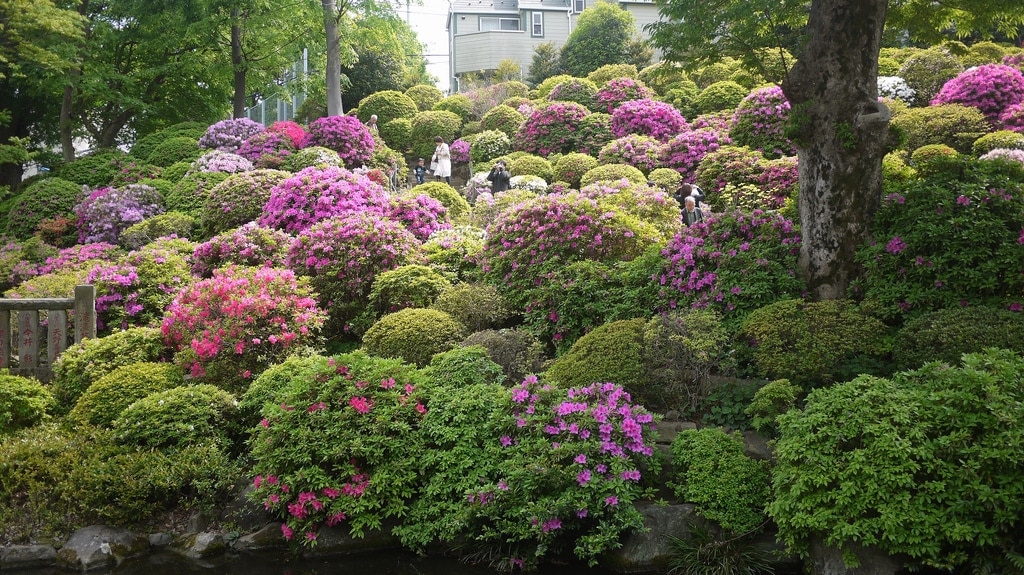 Entrance to the shine grounds is free but it’s 200 yen to enter the garden. There’s still an excellent view from outside though. 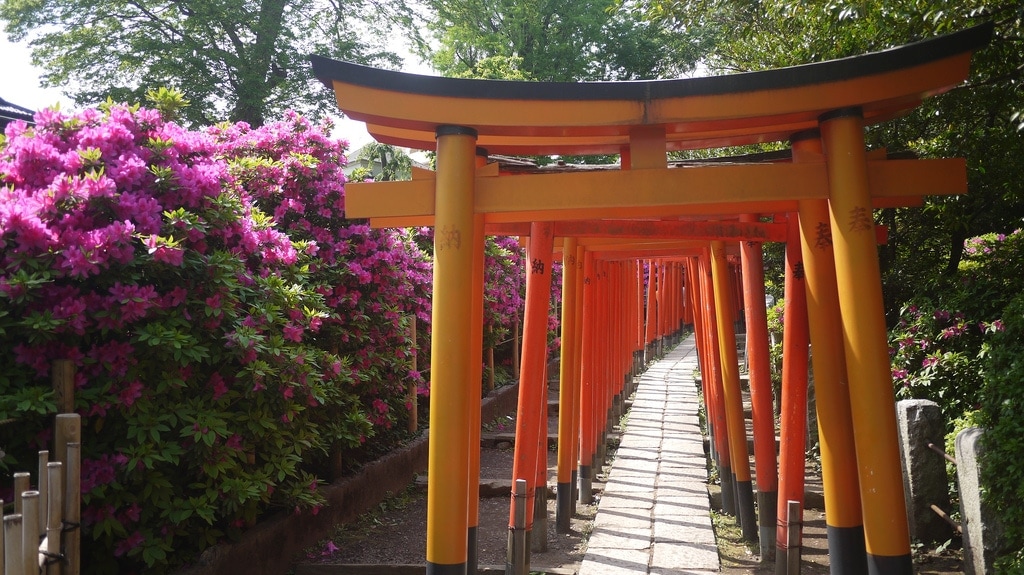 To one side of the garden a pathway lined with torii gates ran up the hill. Each gate would have been donated by an individual or company. 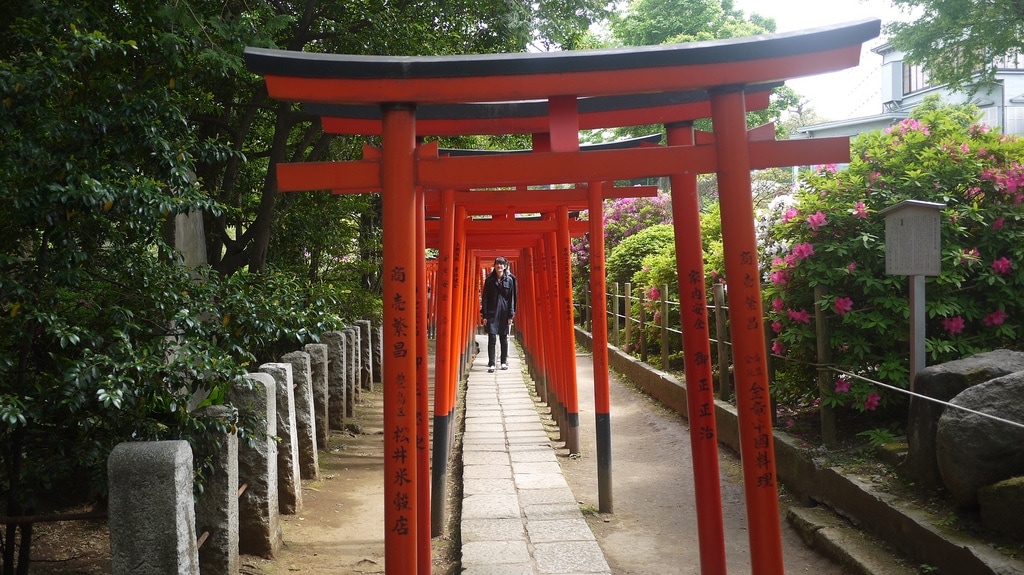 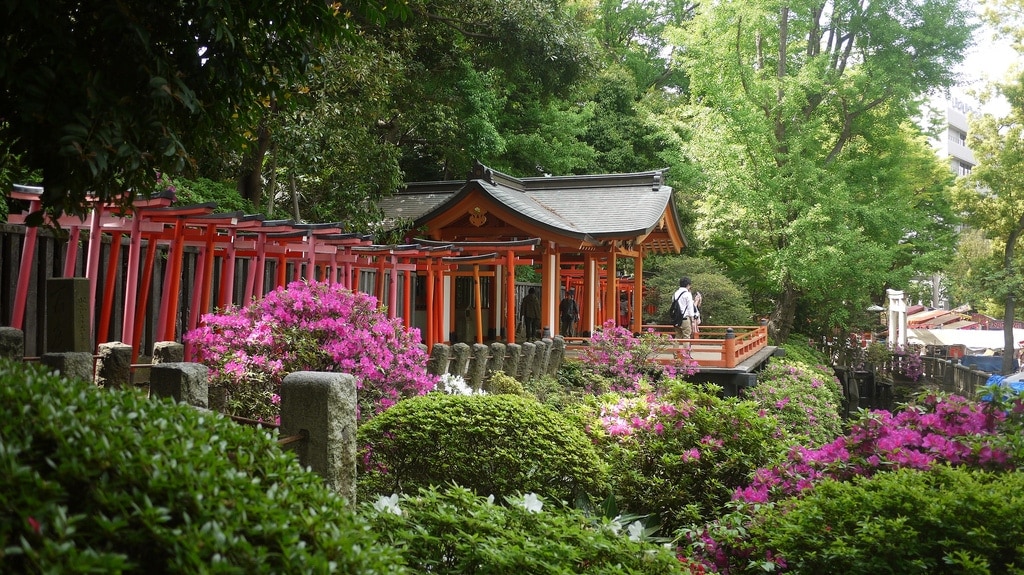 The perfect spot for a moment’s quiet contemplation surrounded by the red, white and pink azaleas. Some Shinto followers write their prayers or wishes on small wooden plaques called Ema (絵馬) that are then left hanging up at the shrine, where the kami (spirits or gods) receive them. The shrine and gardens are definitely worth a visit, especially if you want to avoid the crowds at places like Asakusa.