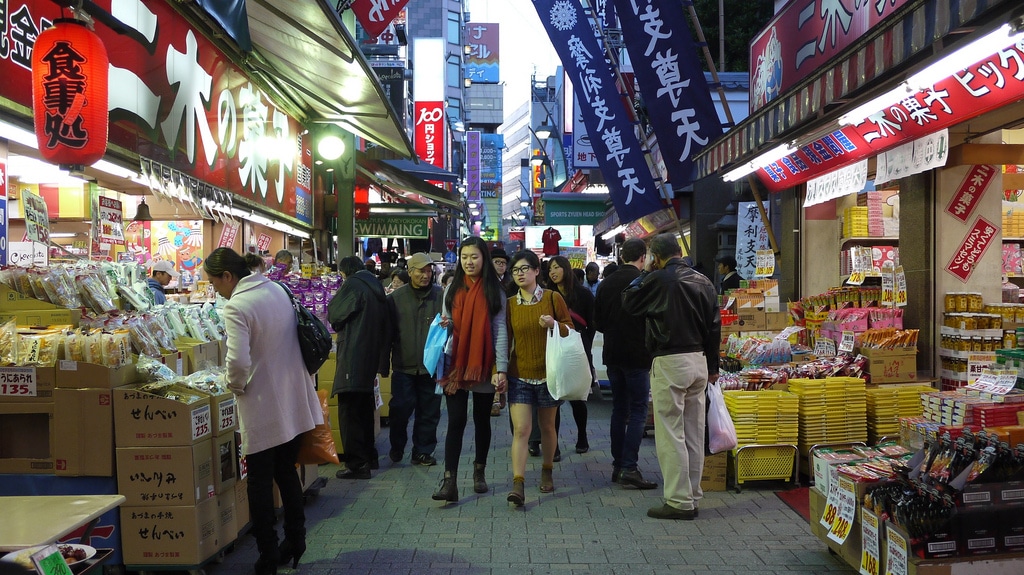 After a day of prolonged meetings in Tokyo I found myself in the northeastern district of Taitō (台東) and decided to spend the evening looking around Ueno (上野) and Akihabara (秋葉原) which are not far apart. 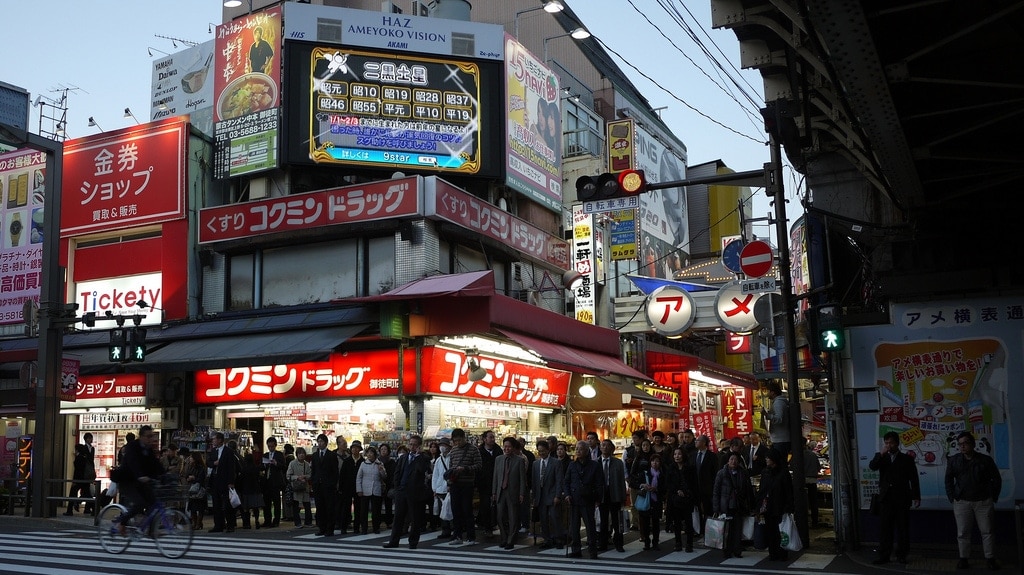 Starting at Ueno Station (上野駅) I made my way though Ameyoko (アメ横) market which runs parallel with the train tracks all the way to Okachimachi station. 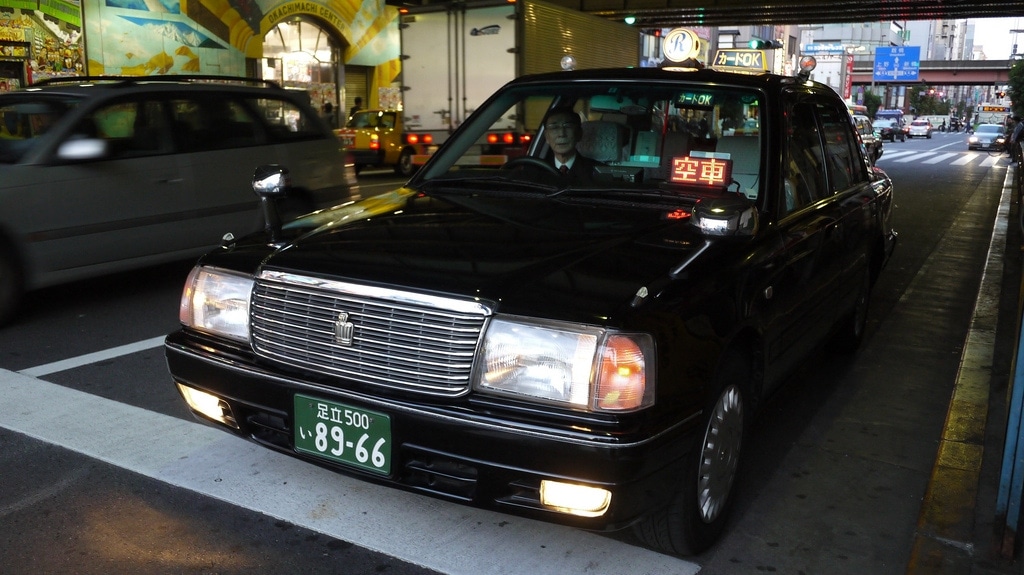 Taxi’s in Tokyo are enormously expensive so avoid if you’re on a budget. Does anyone know what the difference is between the common green and the slick black ones? 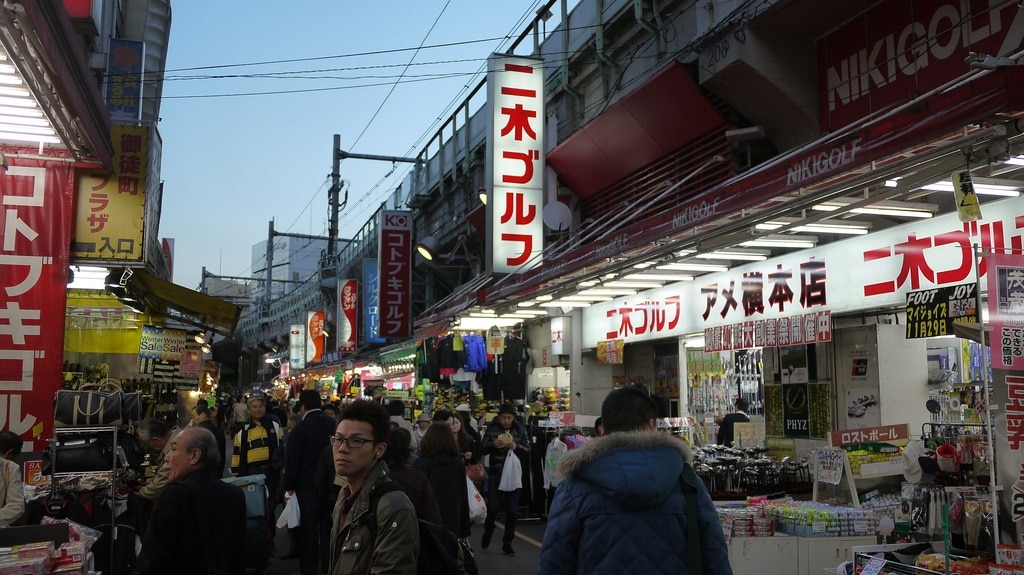 The area was well-known as a post-WWII underground economy and in contrast to places like Shibuya or Shinjuku, Ueno definitely has an older feel about it but still with the bright lights and buzzing activity. 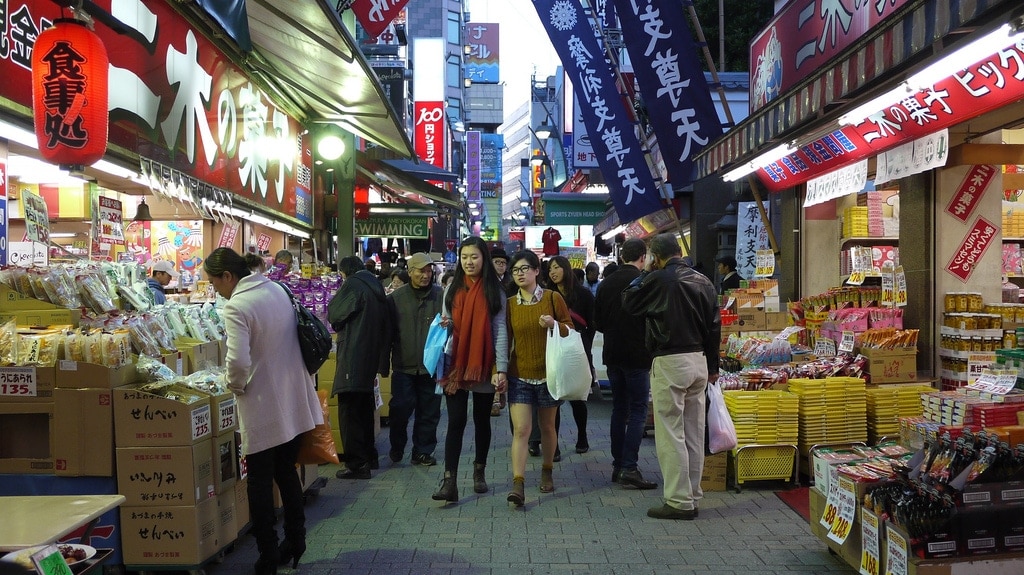 The market stalls seemed to be mainly selling discount clothing and seafood but there were also some small yakitori restaurants. 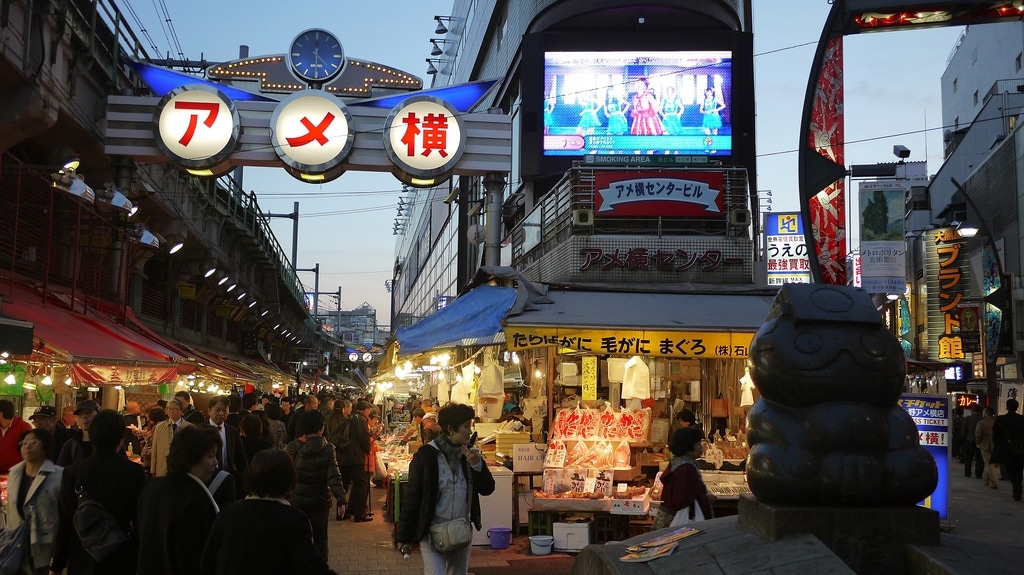 Ameyoko, meaning ‘candy store alley’, gets its name from a sweet shop which used the lie at this junction. Now there is what appears to be a large statue of a cat… 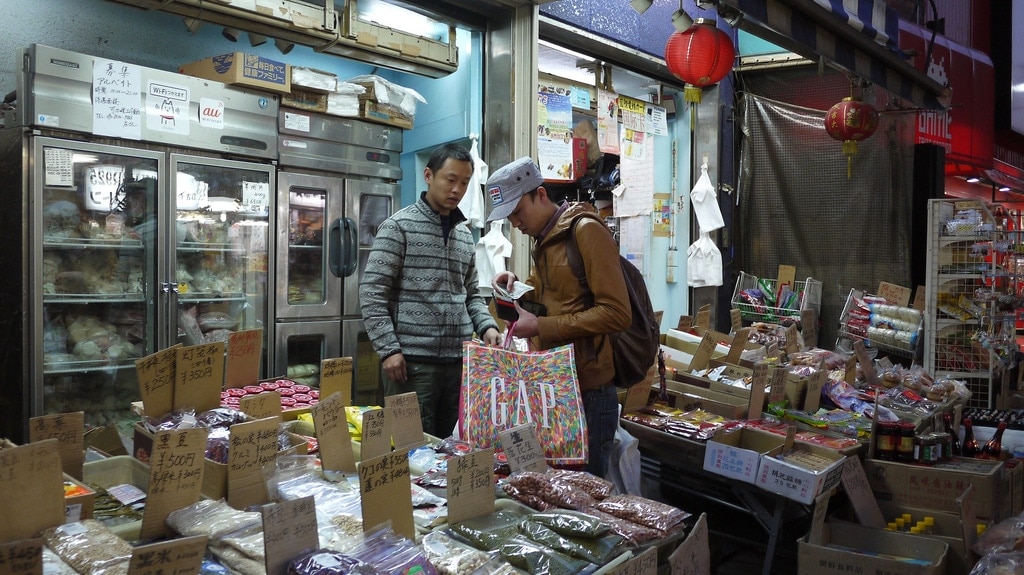 For some reason I saw a lot of people carrying brightly designed GAP bags, I guess there must have been a sale on. 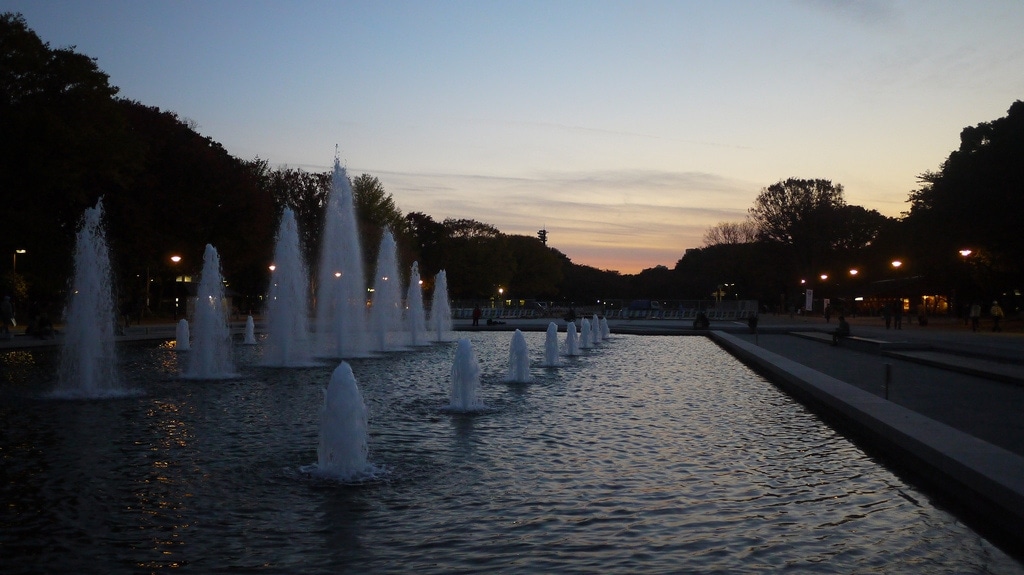 Further north as dusk approached I took a short stroll through Ueno Park (上野公園) and stopped by the fountains outside the Tokyo National Museum (東京国立博物館) but was unfortunately too late to go in. Next I took the JR Yamanote line two stops south to Akihabara and the area known as “Electric Town” which you may remember from my trip back in 2010. The underground and overground train network in Tokyo is really something to behold, just make sure you have a map. If you’re into gaming and the anime/manga subculture then this area is probably a second heaven but honestly its a bit of a cutesy overload for me. There seemed to be a thriving second-hand market for things like DVD’s, games and books – popular or rarer titles were pretty expensive. Overall both areas are interesting to explore and I would hope to take a closer look at Ueno in the future.