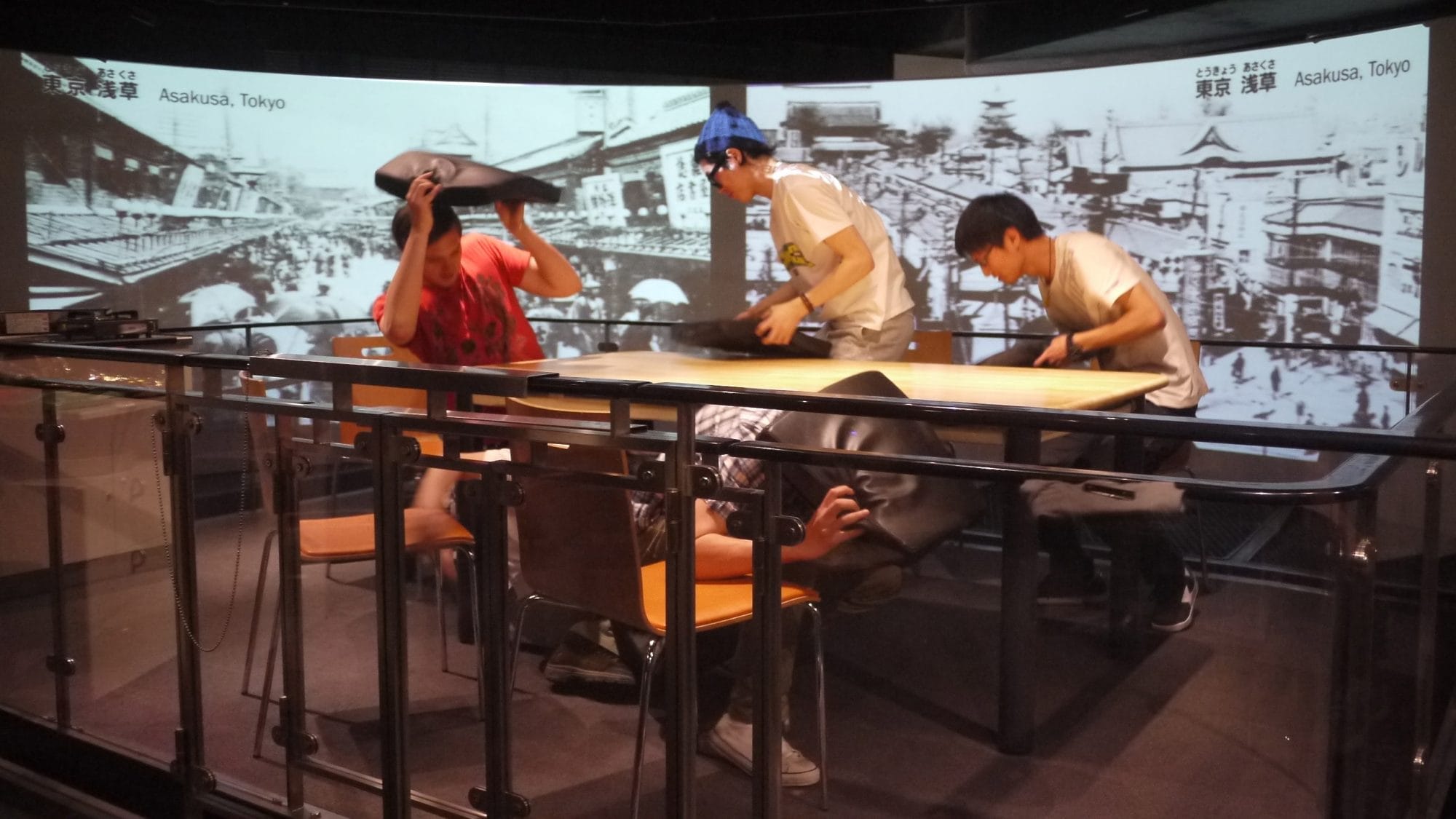 A few weeks ago I wrote about my first experiences of earthquakes in Japan and yesterday I got to learn up close how to react to them at the Ikebukuro Life Safety Learning Center (池袋防災館全景写真).

The two-hour course began with us being led into a mockup apartment complex where a fire alarm was then activated and imitation smoke began to realistically pour into the rooms. The lights go out and then, crawling on all fours, we had to find our way out of the rather claustrophobic maze by following the emergency exit lights.

Next we were taken to the earthquake simulator. This basically consisted of a movable platform with table and chairs setup to resemble a typical living room or kitchen. Behind it were two big screens providing information and video footage of prior earthquakes.

After taking your seat at the table, the simulator is programmed to demonstrate earthquakes of various intensities (up to 9.0 magnitude) for which you need to react by getting under the table and covering your head with a cushion while holding one of the legs (see the video above).

The experience of getting thrown around on the floor is pretty unnerving but one can only imagine how it would be if furniture and other items were flying around at the same time – not to mention the chance of the building collapsing around you.

In the aftermath of an earthquake one of the main hazards is the outbreak of fires so for the final exercise we were given basic training in the use of fire extinguishers in which we got to try one out on a simulated fire. After that we were shown a somber film about the 2011 Tōhoku earthquake and tsunami.

Run by the Tokyo Fire Department, the safety center provides free training to citizens and, while some of the simulations verge on the ludicrous, it maybe of interest to foreigners who are not experienced with such situations. You don’t need to make an appointment but if you don’t speak Japanese it’s worth going with someone who can. Stay safe!