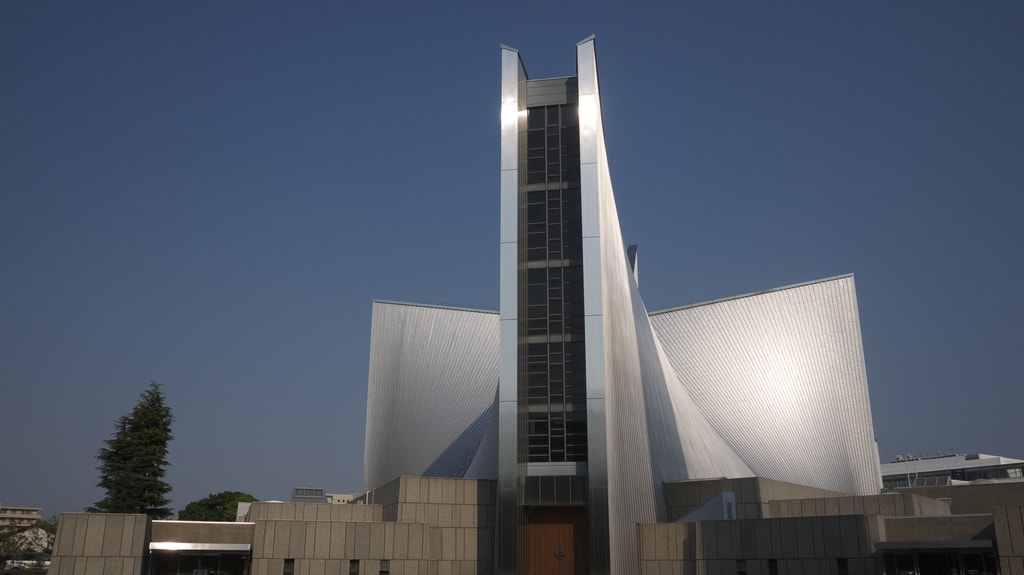 Outside a bell tower stands detached from the main building. Four vertical sides stretch into the sky, converging at a sharp point 60m high. Its hyperbolic sides mirror the main building and house four bells from Germany.