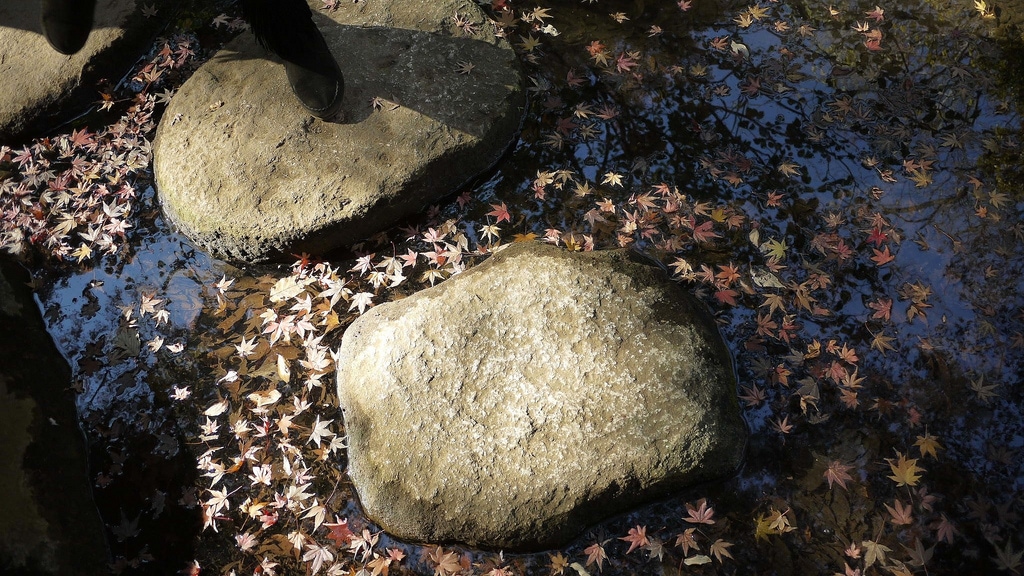 This year I had planned to make the most of the beautiful autumn foliage in Japan but events conspired against me and I ended up making a last-minute dash back to the UK to deal with a visa issue. I arrived back in Tokyo at the tail end of the momijigari (紅葉狩) season and although the leaves were beginning to turn I made a short visit to a garden not far from where I live. 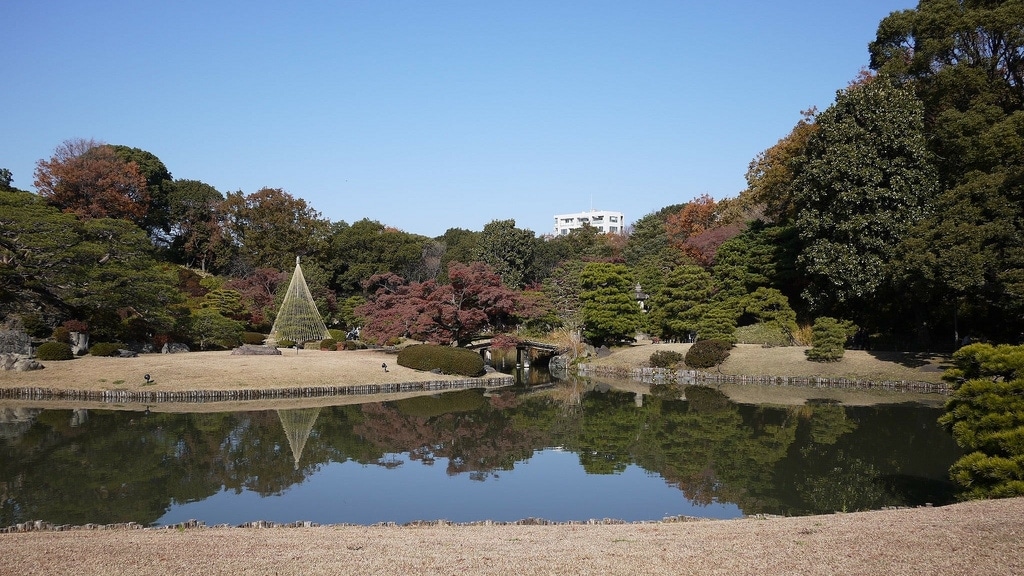 Rikugien Garden (六義園) is a public park a short walk from Komagome Station and is often considered one of Tokyo’s most beautiful Japanese landscape gardens. Built around 1700 for the 5th Tokugawa Shogun, Rikugien literally means “six poems garden” and reproduces in miniature 88 scenes from famous Waka poems. 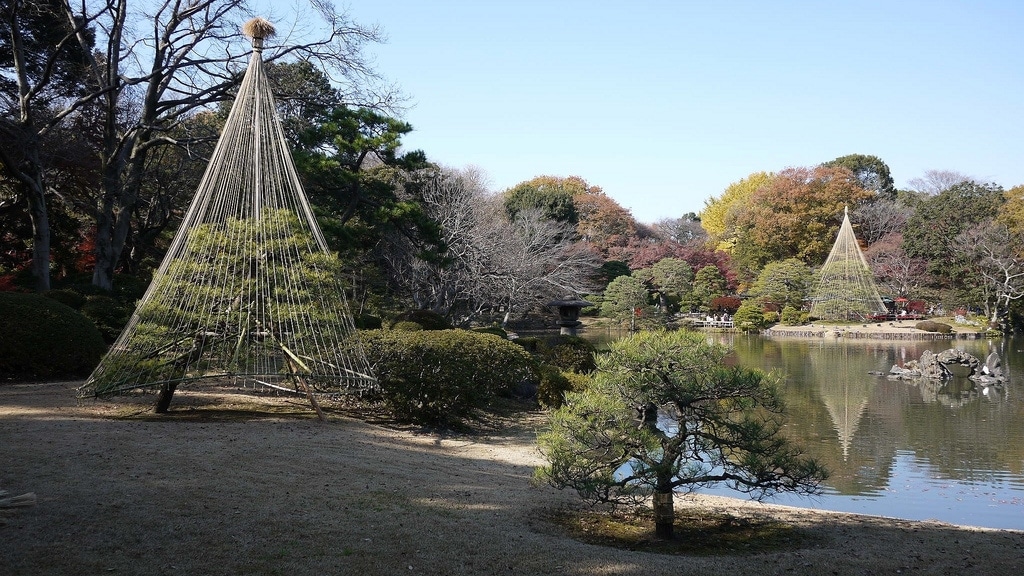 The park is a good example of an Edo Period traditional garden and features a large central pond surrounded by man-made hills and forested areas, all connected by a network of trails which can be traversed in about an hour. There are also a number of tea houses along the pond’s shore from which patrons can relax and take in the view. 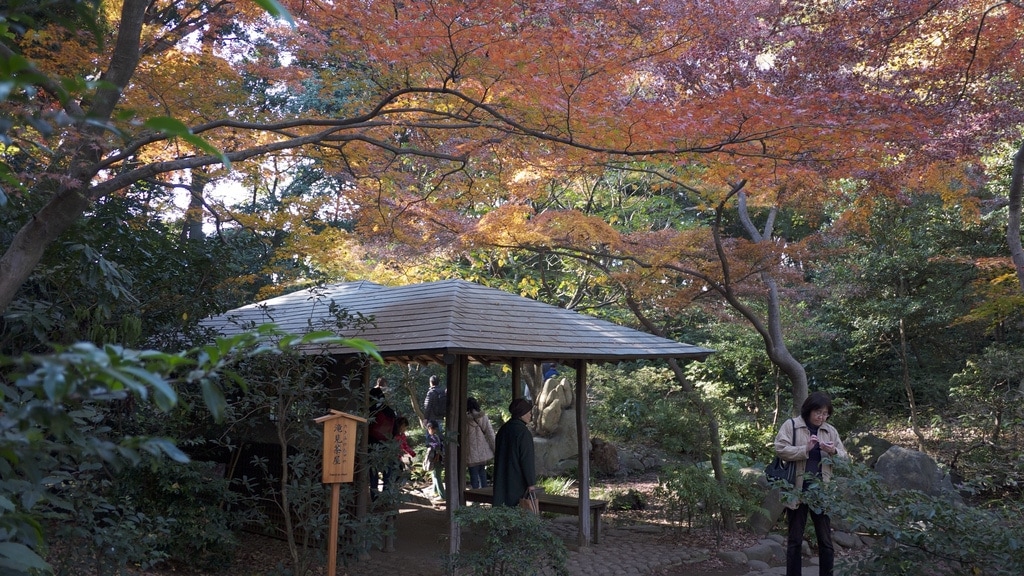 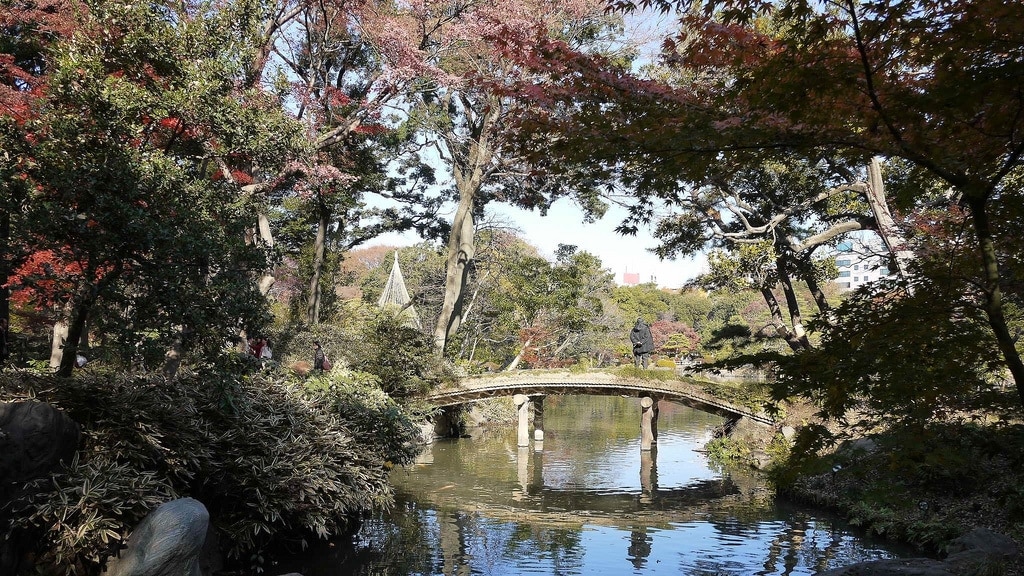 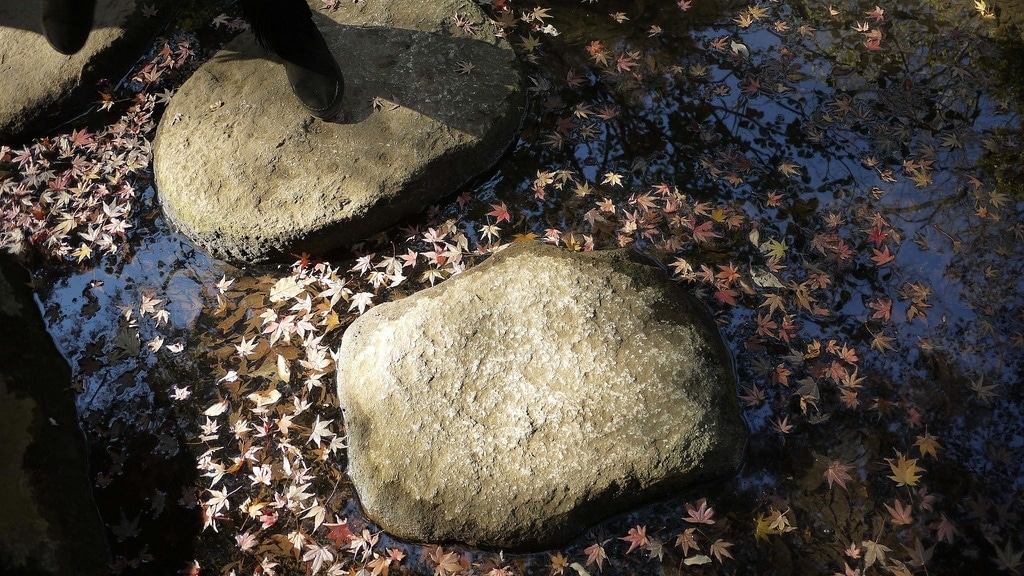 Fallen maple leaves run passed the stepping-stones at Takimi-no-chaya, a tea house for watching the Sleeping Dragon rock half-submerged in the pond. 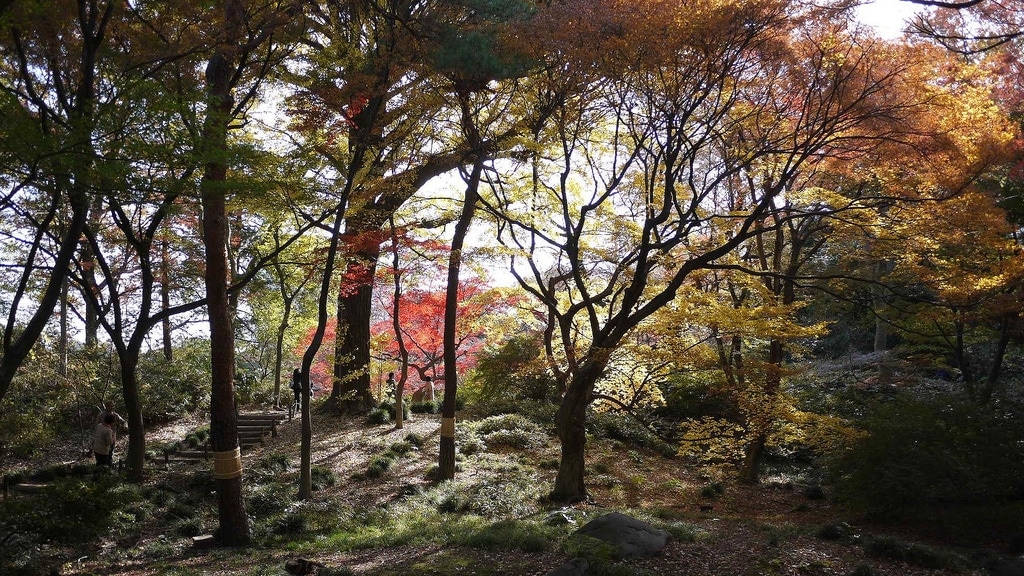 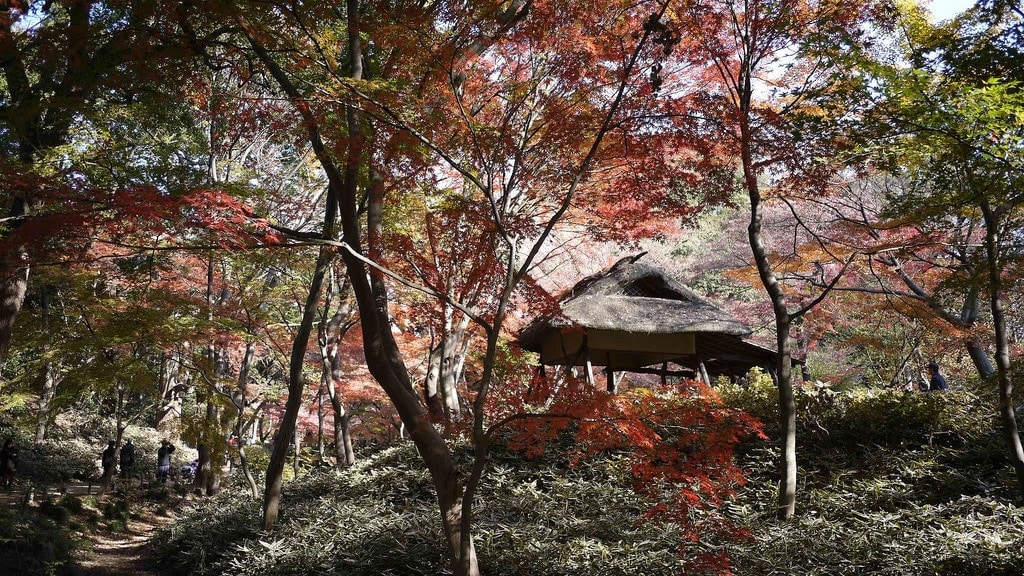 Nestling under the maple trees Tsutsuji-no-chaya is thatched wooden tea house built during the Meiji Period which survived the war. 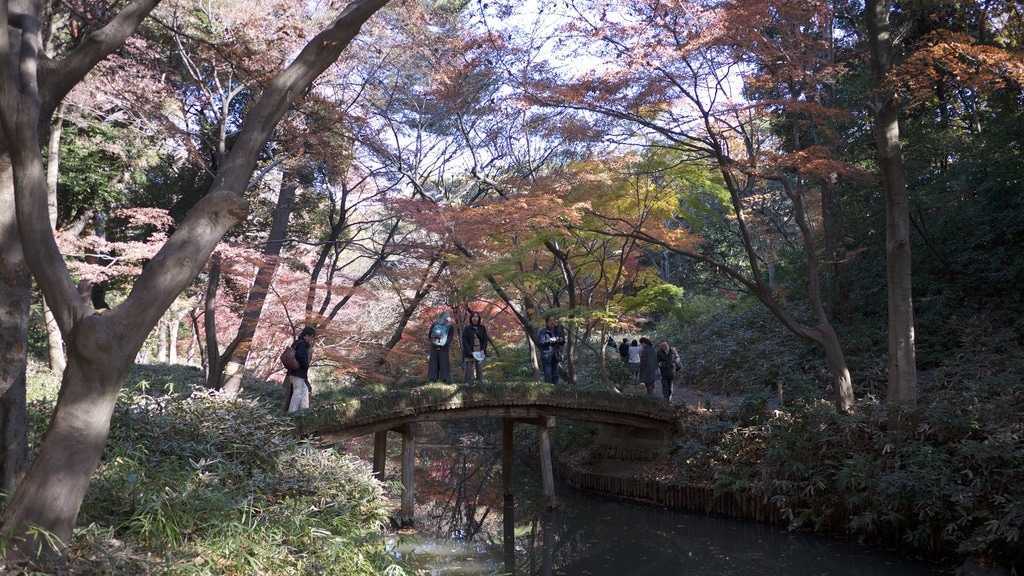 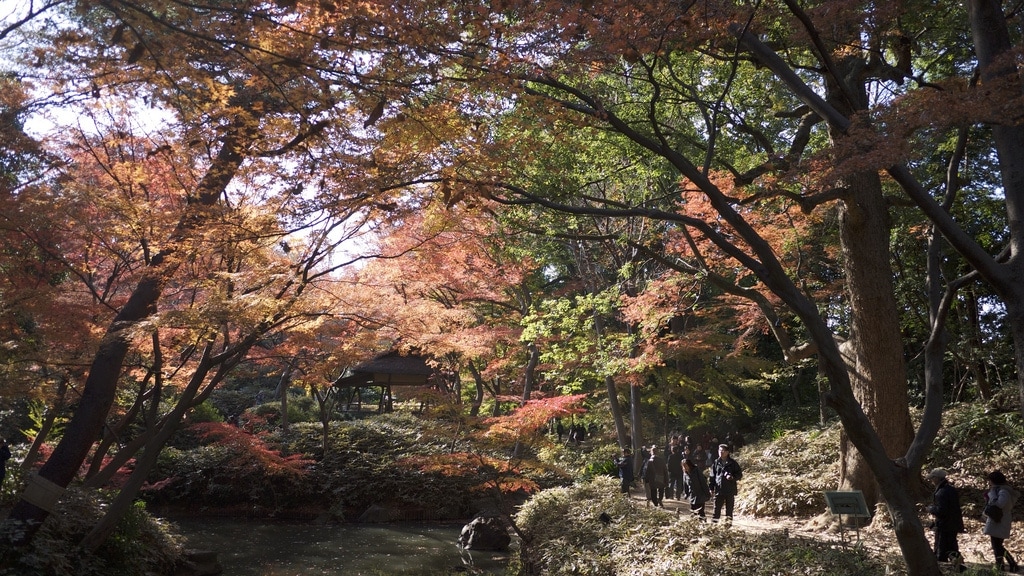 Apparently the tree wraps are supposed to catch unwanted bugs. 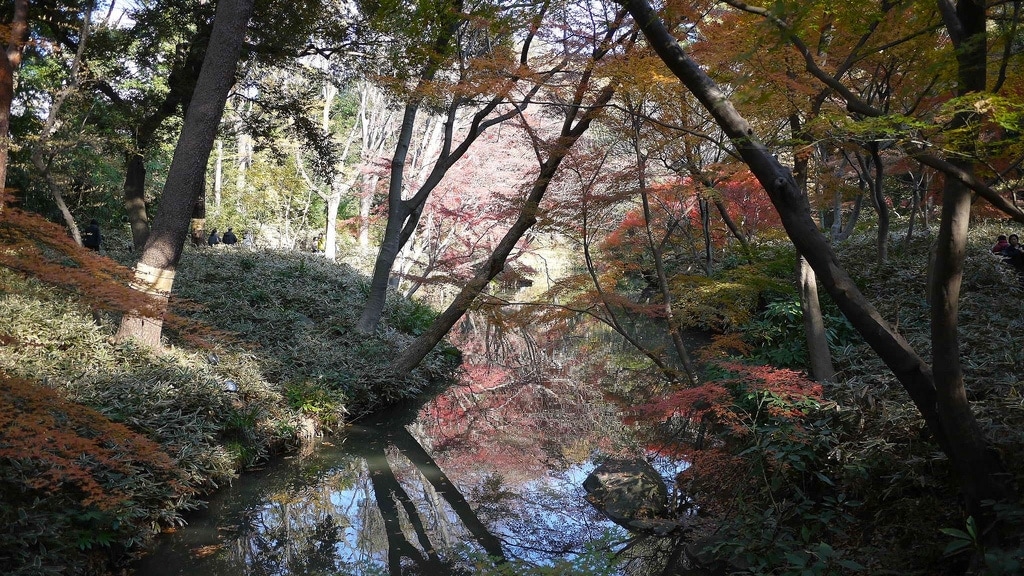 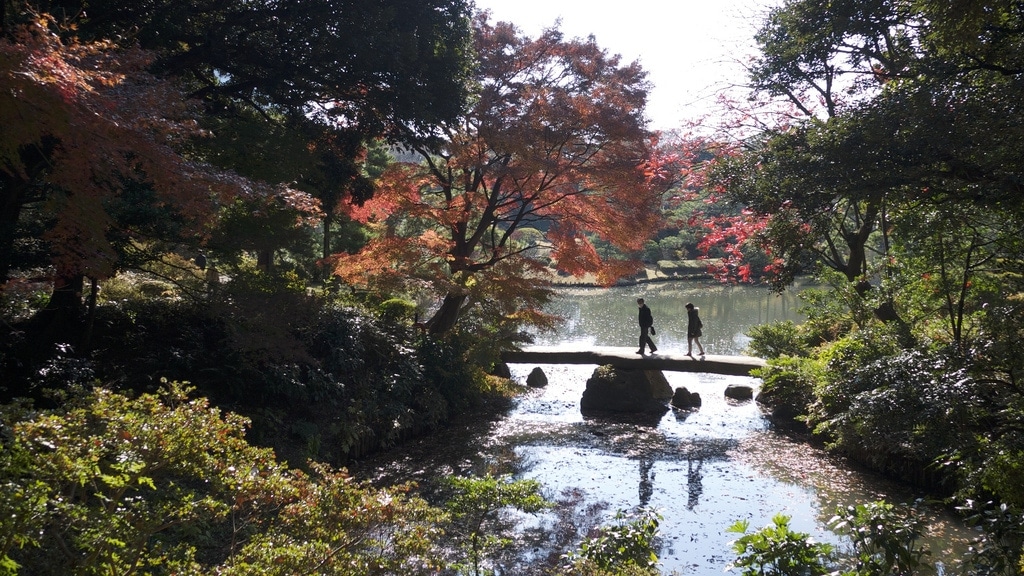 One of the most beautiful scenes can be found at Togetsukyo bridge which was named after a famous Waka poem about the view of the moon moving across the sky with the cry of a crane in a rice paddy heard nearby. It’s certainly evocative. 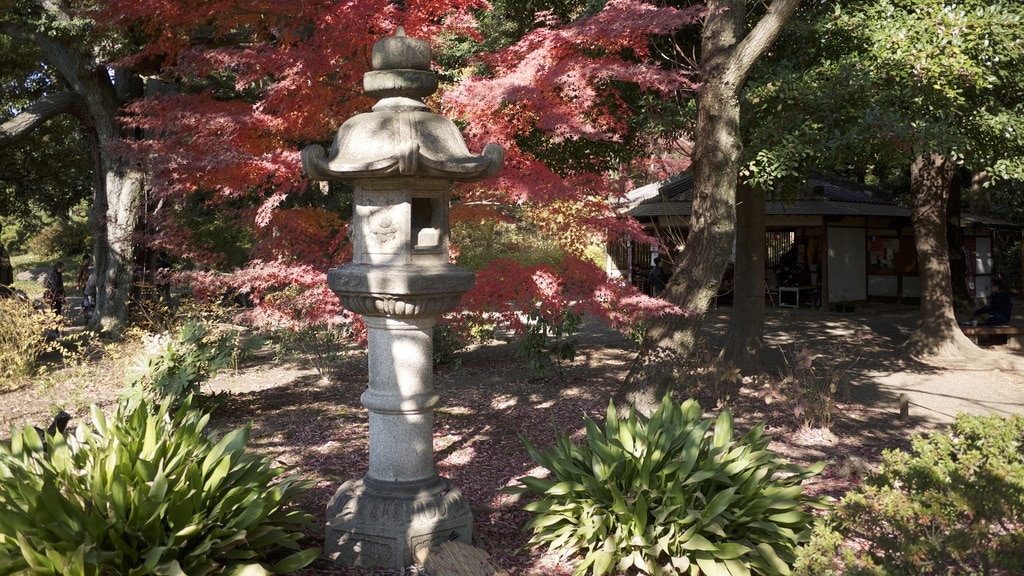 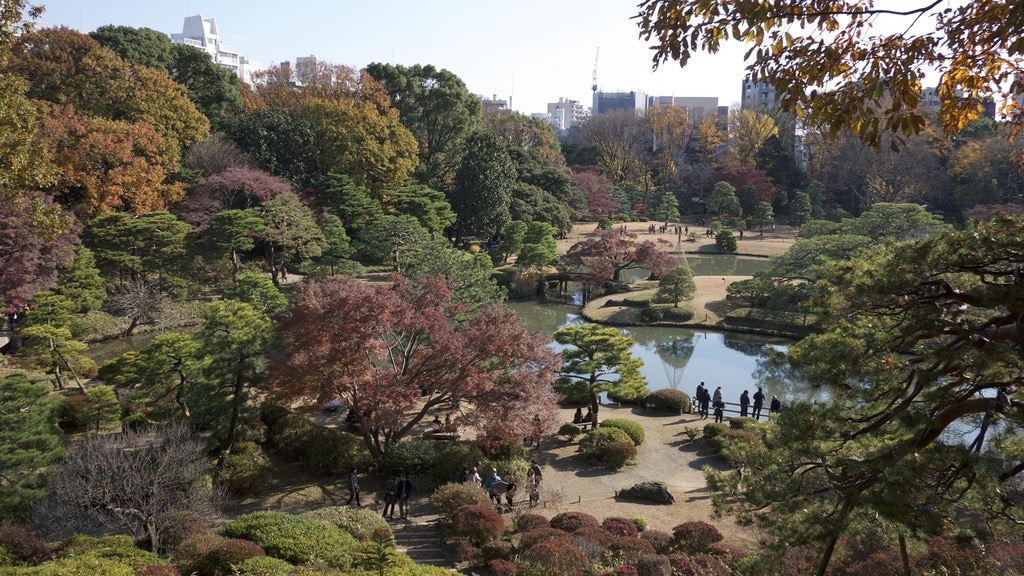 To get a good view of the park you can climb the small Fujishiro-toge hill. The autumnal collage of colours at Rikugien Garden were pretty special and hopefully I get a chance to see it a little earlier next year.