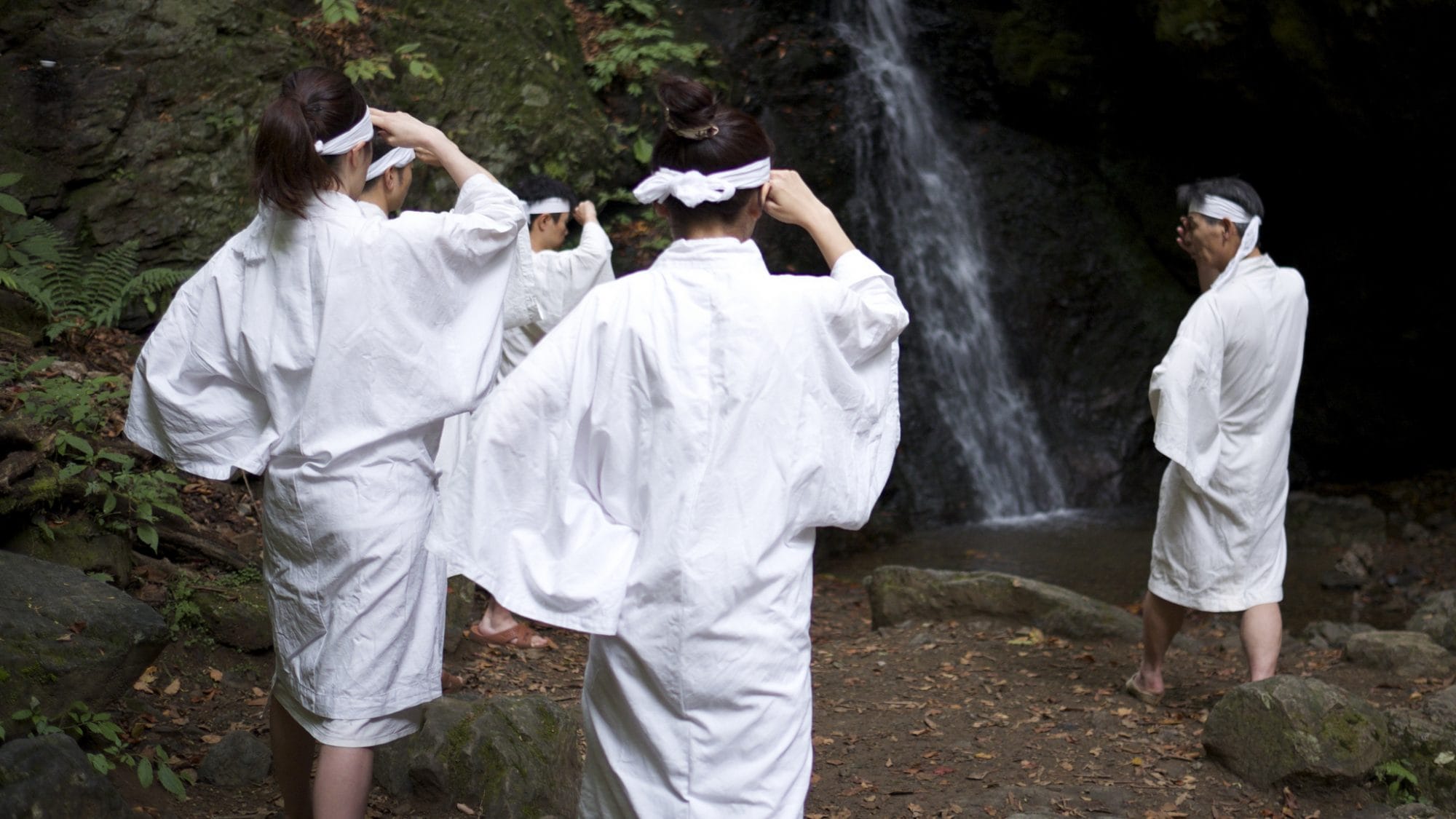 While Tokyo might be one of the worlds biggest megalopolis it’s surprisingly easy to escape its dense nucleus and find yourself in some extremely picturesque nature. Located in the Chichibu-Tama-Kai National Park (秩父多摩甲斐国立公園), to the west of Tokyo, Mount Mitake (御岳山) can be reached in less than two hours by train.

It’s one of eight peaks in the national park which includes Mount Takao (another good day trip).

Getting there is a bit of a trial which involves taking a train from Shinjuku to Ome Station on the JR Chuo Line, changing to the JR Ome Line (on the opposite platform), and then riding until Mitake Station. From there you take a bus to the lower station of the Mitake cablecar (御岳登山ケーブル).

The fun little funicular train lifts you to near the summit of Mount Mitake. You could alternatively hike up in a couple of hours but if you’re on a day trip you might not have the time/energy for this.

The Musashi-Mitake Shrine (武蔵御嶽神社) is an easy 15-minute walk from the cablecar station and isn’t terribly memorable save for what I can only guess are its guardian dogs/foxes.

We also bumped into a friendly Shiba Inu (柴犬). Japanese dogs always seem more regal than other breeds and apparently their DNA dates back to the 3rd century BC.

After visiting the temple we began our hike in the forest proper where, after some time, we came across a steep rocky outcrop with a chain running up one side, allowing brave visitors to ascend.

The well-worn roots lead to a Japanese cedar tree at the top which is known as Tengu no Koshikake Sugi after a mythical long-nosed goblin who appears regularly in Japanese folklore.

The path descends down a valley to what’s known as the Rock Garden, a beautiful stream surrounded by moss covered stones under the atmospheric tree canopy.

The path eventually leads to Ayahiro Falls (綾広の滝) where we came across a group of people dressed in white robes performing invocations and doing what looked like warm-up exercises.

Little did we know that they were carrying out Takigyo (滝行) or waterfall Misogi (禊), a Shinto practice of ritual purification.

Apparently, mountain asceticism has become rather popular and the nearby Seizan-so Lodge runs a three-day course on cold water austerity.

When the men in the group started stripping down to their loincloths, half fearing that a scene from Eyes Wide Shut was about to be played out, we decided to bid our silent farewells!

Looking back we saw each of the participants take turns standing under the waterfall with their hands clasped in prayer and begin chanting. In the fading dusk light, it was a mesmerizing moment that felt almost primaeval and strangely powerful.