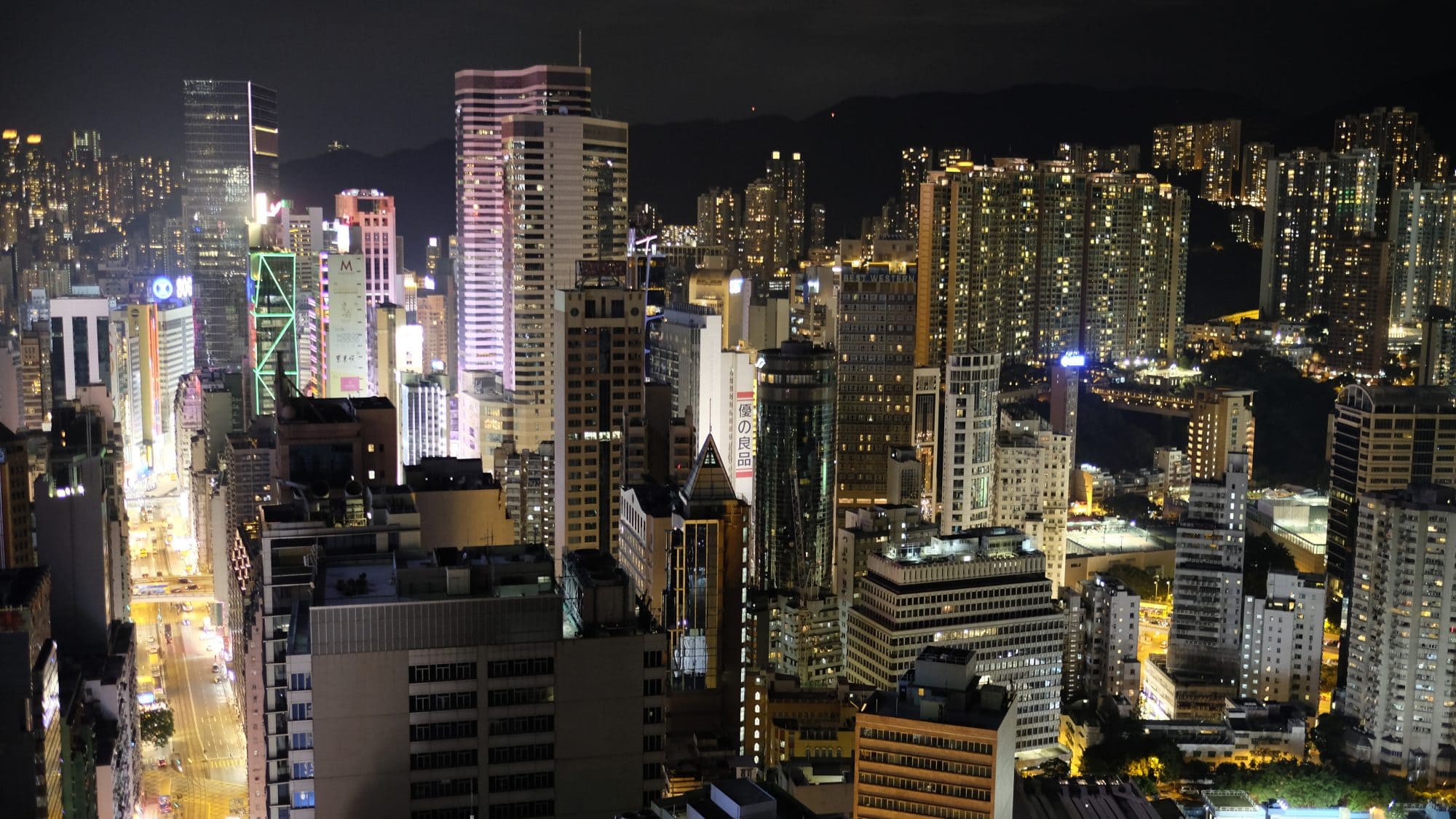 I have a soft spot for Hong Kong, the city that I once called home, and I try to visit at least once a year. There’s something about the high-rise, high-speed, highly-textured and humid melting pot that is both dystopian and strangely grounded.

In September I spent a frenetic 24 hours in the city on my way back to the UK and, like an episode of The Layover, somehow managed to pack an awful lot of new and familiar sights into one day. Here’s how it played out.

Every trip to Hong Kong begins with dim sum and on this occasion, we decided to try somewhere new in Kennedy Town, a district on the west side of the island which has recently become more accessible thanks to a new MTR station.

Sun Hing is an old-school dim sum restaurant that opens every day from 3 am to 4 pm that is popular with students and taxi drivers alike. It’s every man for himself here so be prepared to jostle for a table and don’t expect any sort of service, simply point at what you’d like as it comes freshly steamed out of the kitchen.

Everything we tried was delicious, in particular, the egg custard buns which are their speciality. In the end, the bill came out to around HKD $50 per person which is exceptionally good value.

Afterwards, we had a short walk around the neighbourhood and enjoyed peeking down grimy side streets where I was pleased to see that the practice of bamboo scaffolding is still alive and well.

Hidden a 20-minute walk away from Kennedy Town centre below Victoria Road is a historic relic that was built by the Hong Kong Government in the 1950s when swimming pools weren’t common.

Sitting on the rocky coastline, Sai Wan Swimming Shed consists of a rickety old building with changing rooms inside and a pier jutting out into the harbour. It’s the last of its kind still in service.

Nowadays, the swimming shed is still used by older swimmers and residents of the neighbourhood early in the morning.

Since the completion of major sewage treatment projects, water quality has been on the rise and there’s a chance that swimming sheds might make a comeback. Here’s hoping I’ll be able to take a dip on my next trip!

Approaching midday we made our way back through Kennedy Town and walked up the hill to Lo Pan Temple, dedicated to the patron saint of Chinese builders and contractors.

Lo Pan (also known as Lu Ban) was a Chinese carpenter, engineer, philosopher, inventor, military thinker and statesman who lived during the Spring and Autumn Period (771–476 BC).

On our way to HKU Station from the temple, we passed through the university whose extensive campus runs along the mid-levels providing some great views of the dense urban jungle. You can also see some old colonial architecture, including the Run Run Shaw Heritage House.

In the afternoon we left the island and headed north by train to the New Territories, close the border with Shenzhen (another of my old haunts), for a hike with some old friends.

Peering through the trees from a vantage point on a hill overlooking the border, the contrast between the relatively undeveloped land south of the river and the sprawling high-rise blocks to the north couldn’t have been more striking. Shenzhen continues to grow unabated.

Halfway along the trail we found a small Taoist shrine beside a huge rock inscribed with golden characters.

The trail passes an organic farm/pottery workshop and an old cha chaan teng restaurant where we stopped for a late lunch of Hong Kong-style ice milk tea and pineapple buns.

Somewhere en route, we got a bit lost and ended up wandering through a fancy-looking golf course. Luckily when we found the exit there weren’t any guards.

It was around 6 pm by the time we reached Sheung Shui MTR and hurriedly said our goodbyes since we had another appointment back on the island.

The sun had set by the time we made it back to Hong Kong Island and, after a quick shower, we headed over to Wooloomooloo, a nice rooftop lounge in Wan Chai with spectacular panoramic views over the city.

We met a friend from Tokyo who was visiting on a layover. Since the airport is only 30 minutes away by train it makes a short visit of a few hours very possible.

After an enjoyable evening, we were feeling very hungry so at 11 pm head to the local institution that is Tsui Wah on Wellington Street. It had been recently renovated but managed to retain the same air of controlled chaos and scrummy comfort food that it’s famous for.

After our feast of pork chops in curry, Hainan chicken and shrimp wonton we stumbled back to our Airbnb apartment. I was already looking forward to the next time we could do it all again!