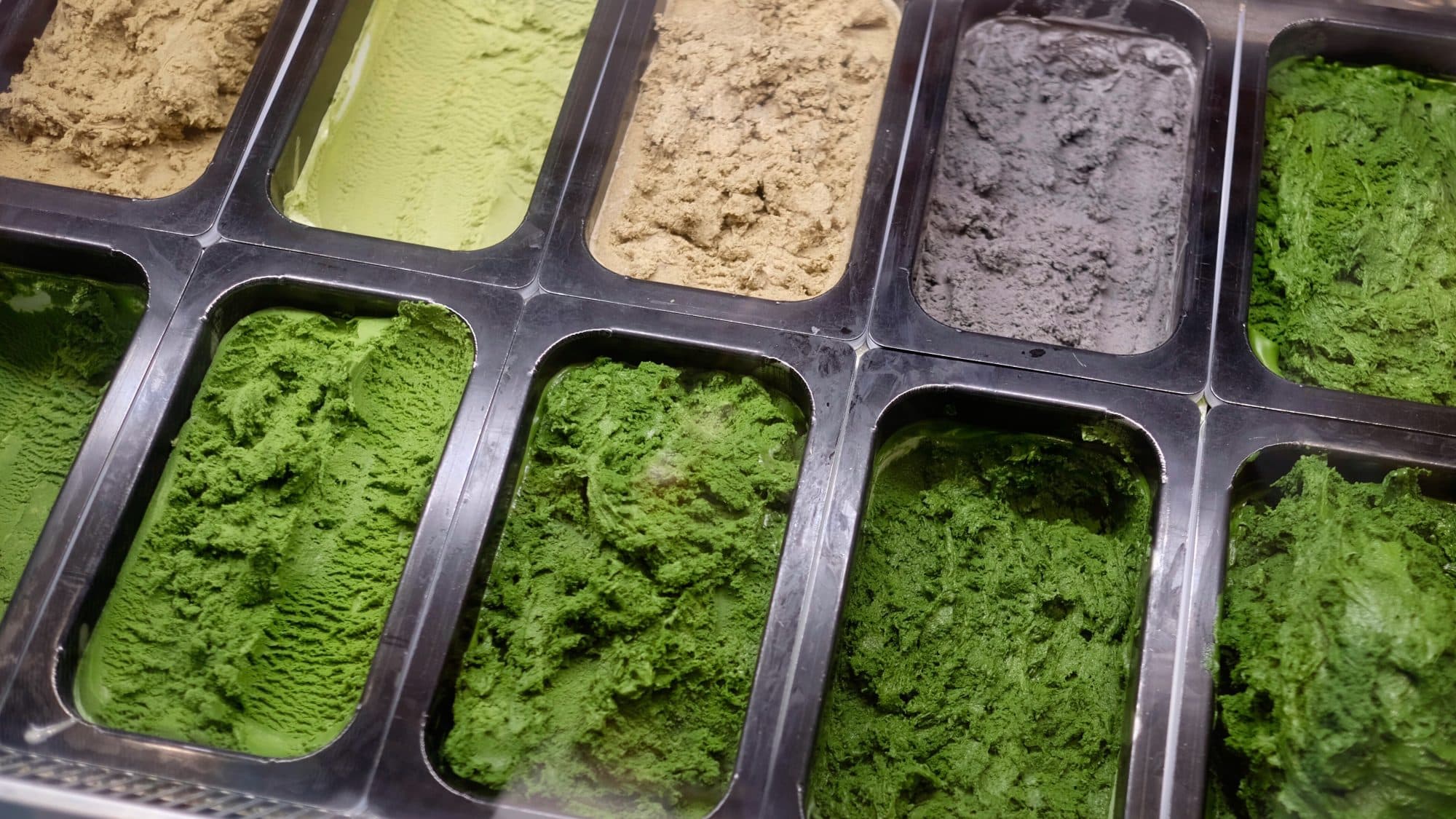 Enjoying matcha tea and other confectionery made from it is one of the great pleasures of living in Japan where access to the freshest supplies is plentiful. A few weeks ago a friend invited me on an early morning excursion to sample some of the richest matcha ice cream in the world, an opportunity I could not pass up!

Nanaya, from Shizuoka Prefecture, opened their first store in Tokyo earlier this year in Asakusa and we arrived early morning to avoid the long queues.

They offer 7 different levels of matcha ice cream to choose from where level 1 is creamy and sweet, while 7 is bitter and rich. They also have a few other flavours like chocolate, strawberry and sesame.

Of course, we went straight for the deep green level 7. I can only describe the flavour as intense with a notably coarse texture from the densely ground tea leaves. Delectable in the extreme!

We also gave the sesame a try which gave a nice contrast both in taste and colour to the matcha. I’d highly recommend both if you’re the sort of person who likes 99% dark chocolate.

Afterwards, we enjoyed a walk around nearby Kappabashi (合羽橋) or Kitchen Town where you can buy all manner of kitchenware, including some rather fabulous Japanese knives.

On the way, we ran into a man who appeared to be taking his pet pig for a walk. The mind boggles at how one would keep such a large swine in a small Japanese apartment.

To top off the morning we had coffee at Bridge, a nicely designed cafe attached to an architectural firm.