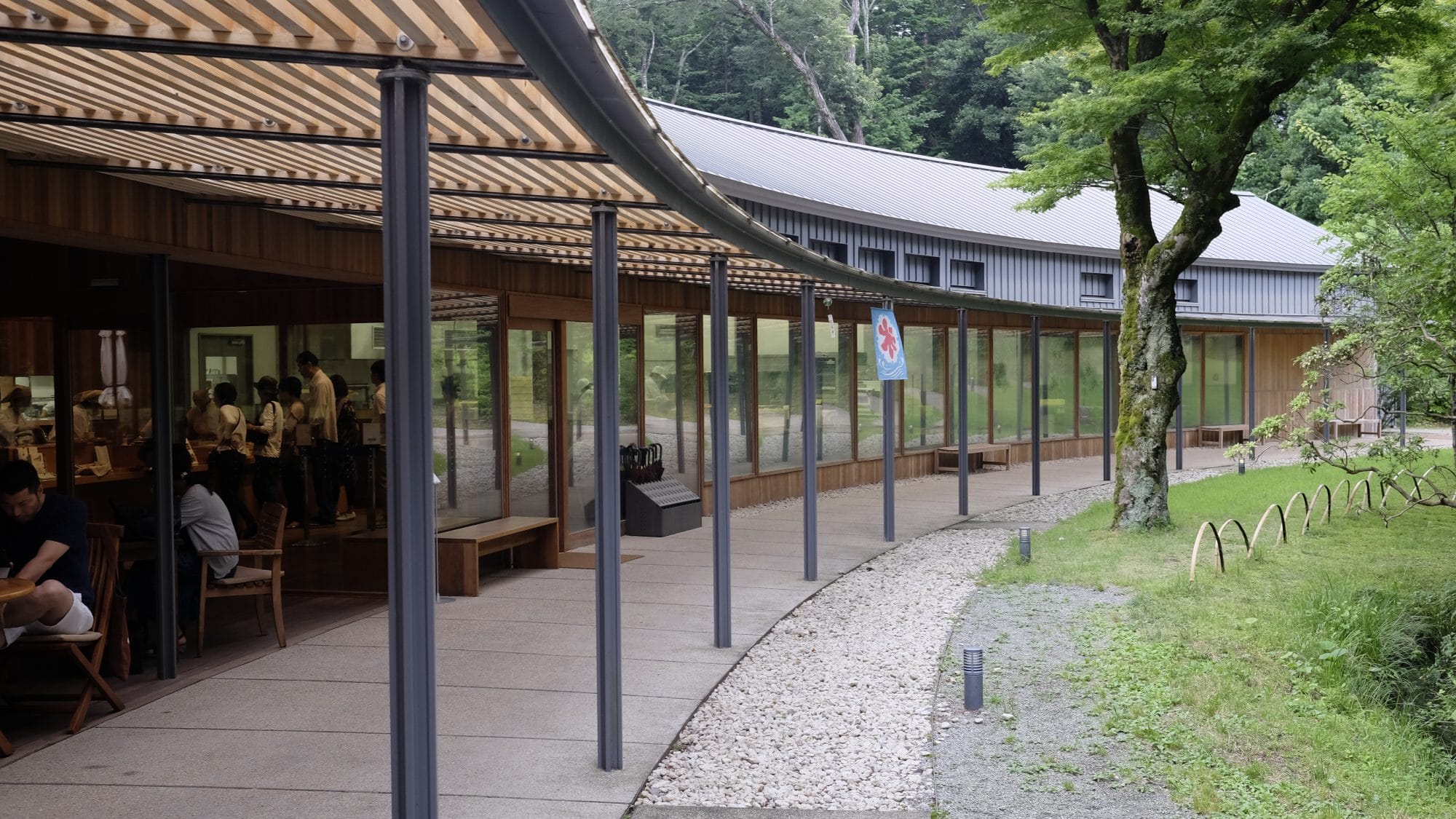 After a particularly sticky summer in Tokyo, autumn has arrived and the temperatures are finally beginning to drop. Looking back, it’s been a pretty good season for adventures and while my memory is still fresh I wanted to share a few interesting spots we visited on a recent road trip to Shizuoka Prefecture (静岡県), a few hours west of Tokyo.

Toraya Kōbō (とらや工房) is a serene tea house/confectionary shop bought to life in a lush forest. The beautiful curved building, designed by architect Hiroshi Naito, is built almost entirely from wood, with panoramic windows on both sides blending it seamlessly into the surrounding nature.

We stopped here mid-afternoon for a break on the drive to Shizuoka and enjoyed a cup of ice matcha tea with some traditional mochi cakes (which you can see being made in the adjoining workshop).

On the second day of our trip, we stopped at a more traditional tea house where we were given a short lesson on how to prepare and taste the locally-grown tea from a rather stern old lady. The accompanying sweets served with a small bamboo pick were exquisite.

More excitingly, we ran into Thomas the Tank Engine who had somehow found his way to Shizuoka’s Oigawa Railway. In my haste to take a photo, I stumbled down the bank and almost fell onto the tracks!

Overnight we stayed at a well-run campsite where you could either pitch a tent or rent a cabin in the woods. Judging by the elaborate setups of many of the families staying there, Japanese campers are among the best-equipped I’ve ever seen. I’m pretty sure I spotted someone with a portable kitchen sink.

At the other end of the preparedness spectrum, we had neglected to bring any tableware. Not to fear, we cut down a couple of bamboo trees and fashioned them into makeshift cups and plates! After cooking wild deer meat over the fire they then served as additional firewood.

Although the campsite had hot showers we decided to drive ten minutes to the nearby Morinozumi (もりのいずみ) onsen which features both indoor and outdoor baths. The perfect end to a relaxing weekend.