My rather nice new 19″ Neovo X-Series TFT screen arrived today! It’s a beautifully designed piece of kit with a proper glass front and a metallic body meaning it’s not likely to get damaged all that easily. Considering the amount of time I spend in from of my computer every day I think it’s worth having a decent screen which pleases the eye rather than hurting it! 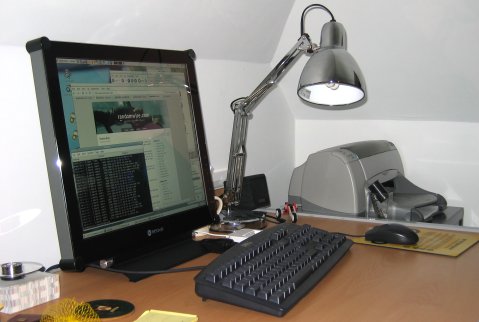 Thought I might share a couple of cool photos sent to me by Nik yesterday taken in the fine city where we live: 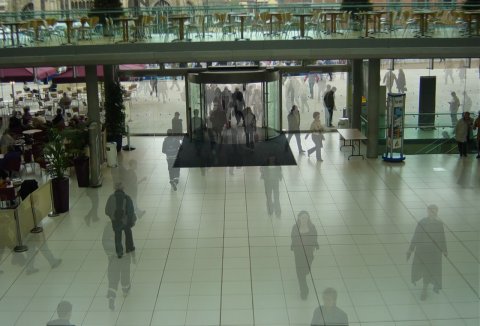 The first was taken in the local millennium-esq (post-techno-cool!) library known as ‘The Forum‘. It’s actually a combination of three different photos photoshopped together using transparent layers to create the effect of the ghostly looking figures – pretty cleaver, even more so considering it was taken hand-held without a tripod! 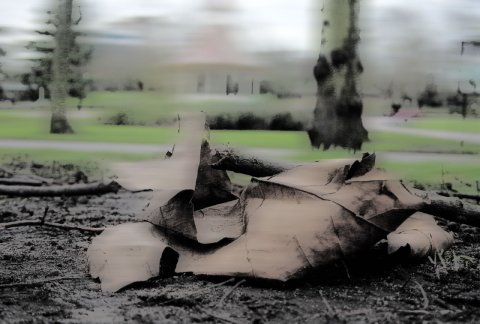 This second photo has also been heavily modified by extracting the dark elements of the leaf and then motion-blurring the background – very artsy.

And if you thought that was cool… check out the zoomage on this gigapixel image! It reminds me of something out a modern spy film where the agent hooks into a satellite feed and homes in on a target with the image sharpening itself as the image is zoomed in.

BTW… Anyone know where the title for todays post comes from?