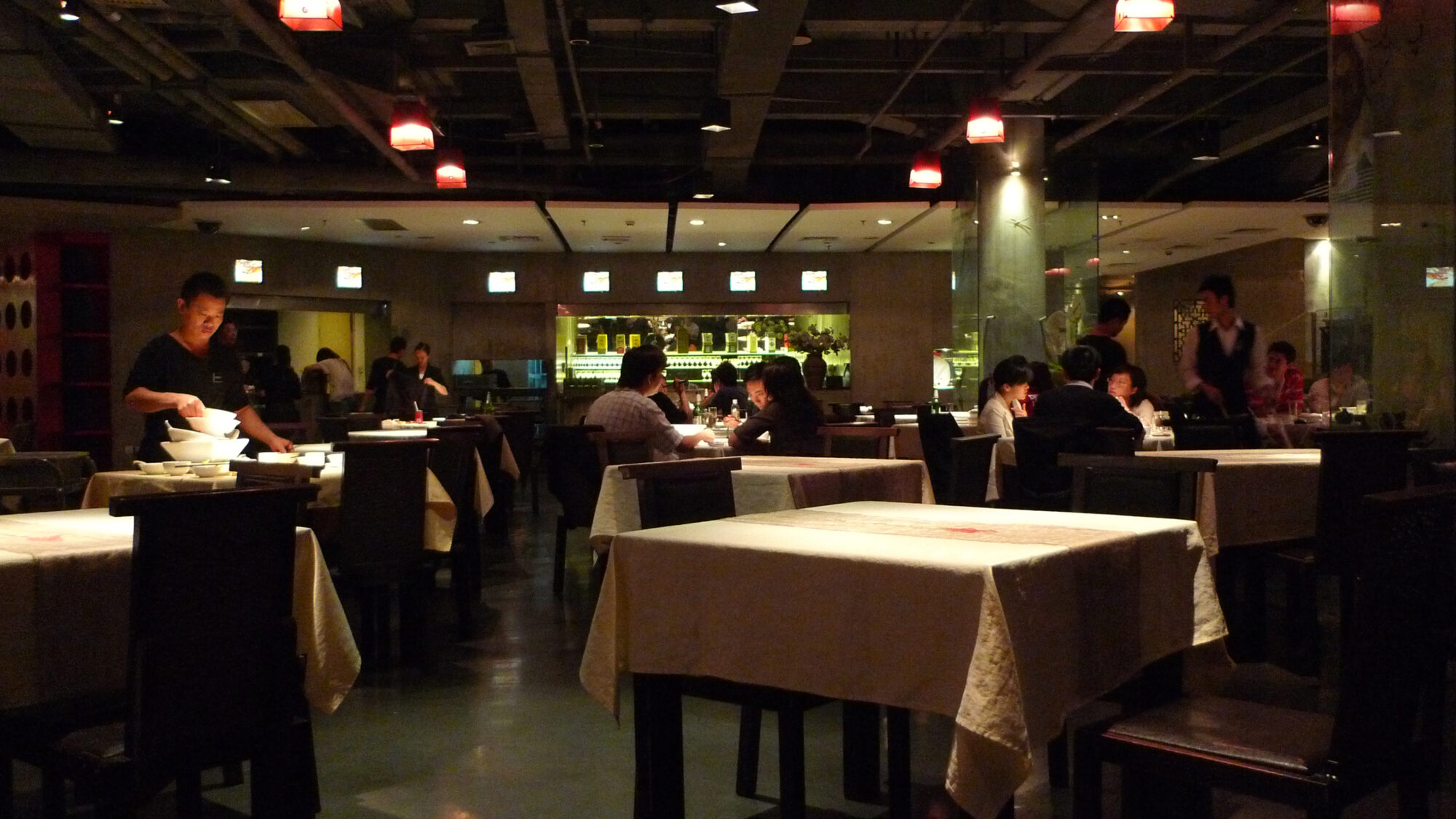 Someone commented the other day that my life in China sometimes appears to be one big culinary extravaganza and unsurprisingly I wouldn’t necessarily disagree with them! Chinese food is undoubtedly amongst the best in the world but what makes it even more special is that you don’t have to go to a posh restaurant to enjoy it (although this post is going to be somewhat of a contradiction!).

After a very long week at work, I ventured to the district of Futian to a Sichuanese restaurant called Ba Shu Feng Ju (巴蜀风居 – near Coco Park). It was getting a bit late so wasn’t very busy and if the interior was anything to go by the food was certainly going to be special. I’d describe the style as being “Chinese traditional-modern” if that makes any sense. The walls were made from moulded concrete with a smooth finish and architectural lighting

Aside from the swanky decor, the other thing which set it apart was its amazing menu. Never before have I seen such a wonderful collection of Chinglish in one place. From “Miscellaneous sauce noodles” to “Acid and hot potato vermicelli” and “Pork bits sauce noodles” this place had it all. The crown jewels had to be the “Secret Pig’s Hoofs” which despite their mysterious allure I left to the imagination and instead picked out some delicious pork cooked in pumpkin (above) and stone crushed beef (below).

Despite the late hour the food was cooked to near perfection and was just what I needed after a long week! As well as the meat we ordered some sweet glutinous rice fried covered in a type of brown sugar (unhealthy but delicious) as well as some greens. Interestingly in China, there is no concept of dessert so sweet food is mixed with savoury during the meal.

Once the feasting was over there was still quite a bit leftover but in China, it’s perfectly normal to ask for the left-overs to be packaged up so you can take them home to enjoy later – in fact, it’s supposed to be a good sign of respect to the chef if you do since you clearly appreciated the mastery!

Whilst China has many problems, food certainly isn’t one of them.