A few articles caught my eye in Beijing recently, thought they were worth sharing for their comedic value 😀 …

Beijing has vowed to clean up all awkward English translations in public places in an eight-month campaign launched last week.

The government will no longer tolerate notoriously bad translations such as “deformed” instead of “disabled”. The campaign will require all translations to be correct in terms of grammar and choice of words.

So far, Beijing has replaced 6,300 road signs that were poorly written and is busy recruiting volunteers to hunt errors in public places. People can log on to www.bjenglish.net.cn to report their discoveries. 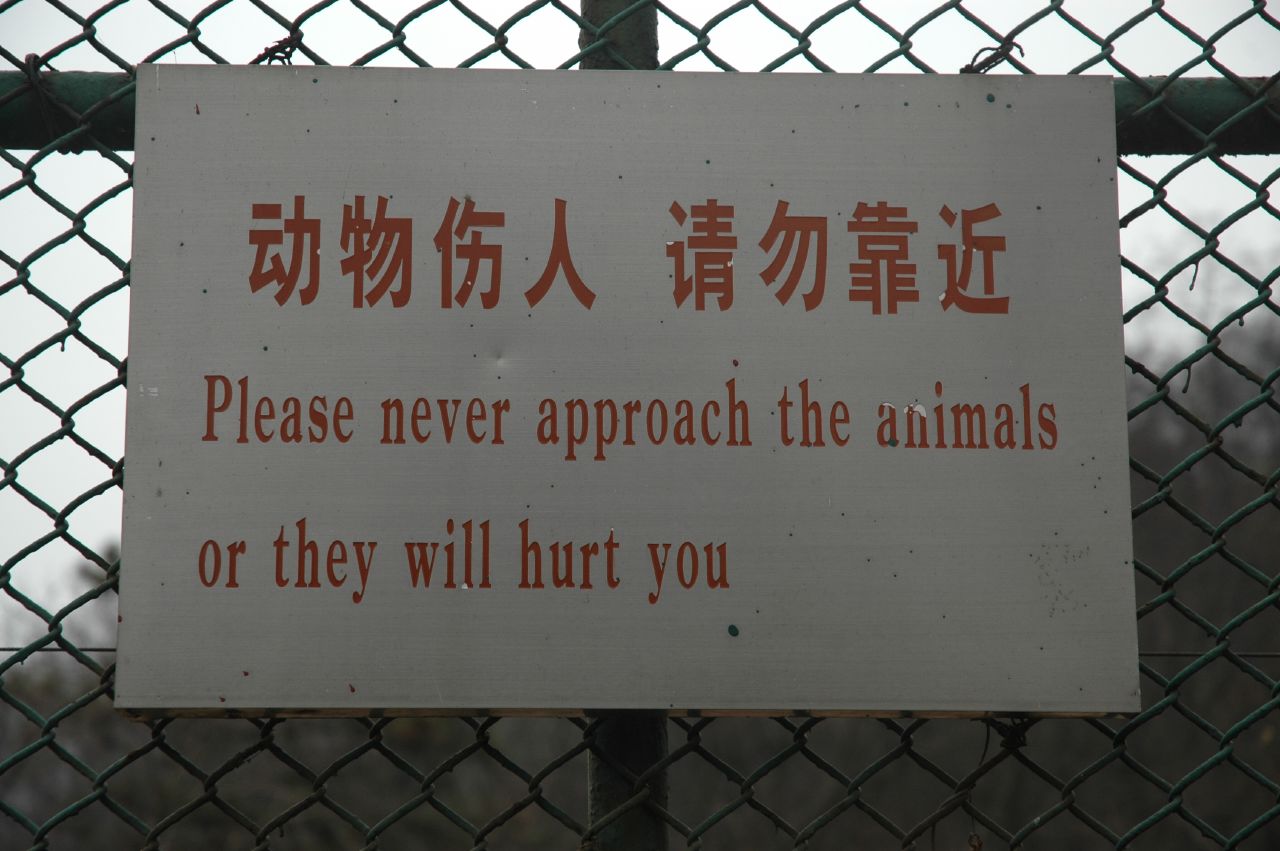 Just one of the many mistranslated/funny signs you’ll find in China – more here & here!

There will soon be a 50-yuan (£3.34) fine for people who spit and litter in the streets of Beijing, an official said last Wednesday.

After deciding that the 11th day of each month was Queuing Day, during which people should queue in an orderly manner, Beijing has now adopted a different approach to help people quit bad manners as the 2008 Olympic Games approaches.

The officials said 50 yuan could buy 16 subway tickets in Beijing, so it would be an effective reminder for people who spit and litter.

On a slightly more sober note here’s something you probably won’t be reading about here:

The longest recorded piece of graffiti was painted by a student in the toilets of his college at Changsha, China in 1915. It consisted of over 4000 characters criticising his teachers and the state of Chinese society.

After completing this masterpiece the student handed himself in and was paraded in front of the school and threatened with expulsion. The student was a 22 year old Chairman Mao. A graffiti artist who later founded the People’s Republic of China and was responsible for the deaths of over 30 million people.

…yet here he is still portrayed as a saint-like figure who was deified as “the Sun on the East” – interesting article about his image here. Of course, there are other ways one might *deify* him, but I would never stoop to such vulgar levels!