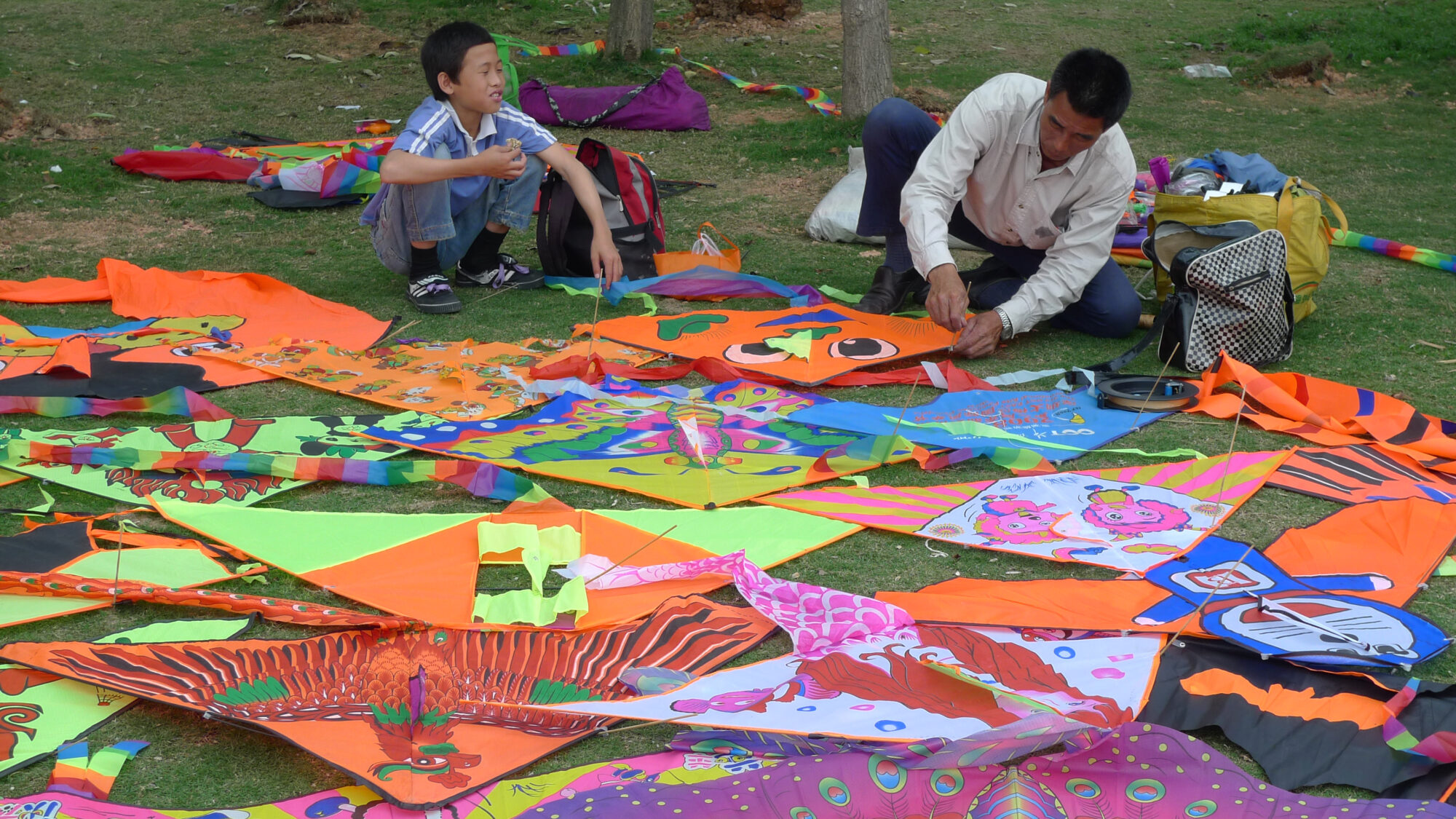 Whilst studying Japanese at university in 2004 I wrote a post about a hugely popular cartoon character called Doraemon. For some reason, it caused such a stir that it’s still the no.1 most read page on randomwire.com to this day. This has always slightly irked me since it wasn’t exactly a scintillating post but I have since come to terms with the fact that a cute robot cat is infinitely more popular than I’ll ever be! With 133 comments (and counting) I can’t really complain.

While wandering in Shenzhen’s mangrove forest on the southern coastline of Futian last weekend I was reminded of this feline from the future when half a dozen Doraemon shaped kites appeared in the sky as if they’d just flown in from Hong Kong (which lies across the bay). Chinese kite flying is an age-old tradition with many styles dating back to the Tang Dynasty when some believed that it could be used to avoid bad luck and bring prosperity by flying high.

Whilst the kites were innocently fluttering in the breeze someone reminded me that less than 20 years ago people attempting to escape the mainland of China to Hong Kong by swimming across the bay were likely to be shot and indeed banners still warn people of the severe consequences that will face them if they attempt it. Even when living in a modern Chinese city you can’t help but feel that there are still darker elements lurking just below the surface. For the most part, foreigners here are blissfully unaware since the language divide prevents most from understanding everything that goes on (myself included).

In other news… the lack of posting recently has been down to my crazy schedule and other shenanigans which will become clearer soon. My parents are arriving in Hong Kong tomorrow from the UK to pay me a visit and we plan to spend a little over a week travelling around, including a trip to Beijing which should be exciting. Drop me a line if you’ll be in the vicinity from April 29th – May 3rd.