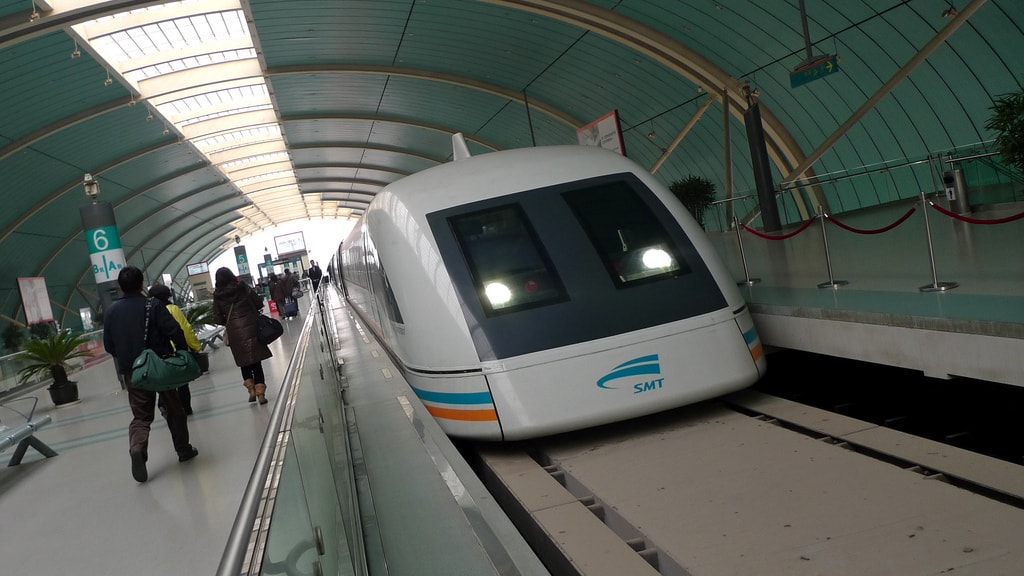 I was in Shanghai last weekend for the tail end of a business trip to Wuxi and finally got a chance to ride the experimental high-speed Maglev train from the downtown Longyang Road station to Pudong International Airport.

I first wrote about it 4 years ago just after it was built and had been looking forward to trying it out ever since. Despite having been to Shanghai three times previously I always flew from the older Hongqiao Airport and hence didn’t have the chance.

All the speed comes at a hefty 50 RMB ticket price which is pretty steep for China but clearly necessary to pay back the massive investment which was required to build the 30km line – all ¥10 billion ($1.33 bn) of it. Running at an operational top speed of 431 km/h (268 mph) the journey takes only 7 minutes with the world outside passing in a blur.

The Transrapid electromagnetic suspension (EMS) technology is German-designed and instead of a traditional engine, the trains are propelled by the magnetic field created by the electrified coils in the guideway and track. The trains levitate about 1cm above the guideway creating an extremely low-friction linear movement. As can be seen in the video I took below the ride was a little bumpy compared to conventional trains but not uncomfortable:

At this level of speed domestic travel would be far more convenient and even competitive with flying but the high costs of implementation have so far limited its adoption. New technologies being developed by Germany and Japan should cut the costs but as with all such projects, we’re still probably decades away from seeing widespread adoption. If this is the future of train technology then I’m all for it.