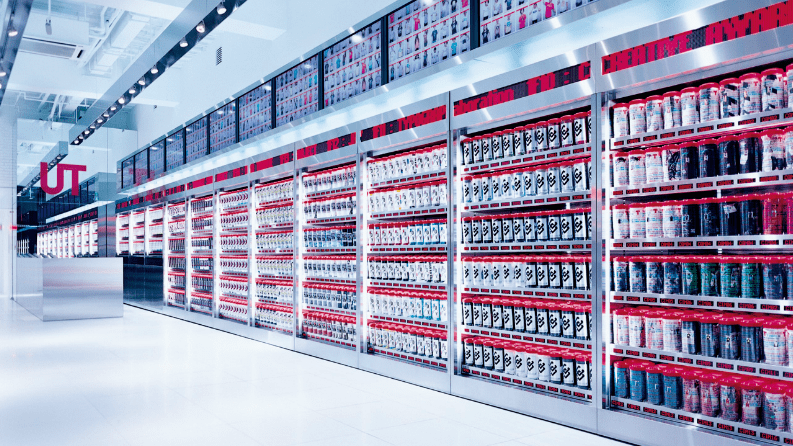 Walk into almost any shop. Regard the tacky watches, the rip-off tablets, the cheap radios, and the clothes that fall apart after the second time you wear them. Most products today have had little thought or care gone into their design, focusing on fashion over function and cost over quality. They are marketing-driven ploys that deceive the consumer into a never-ending cycle of designed obsolescence where the value of a product has become less about what it does and more about having the latest model.

By producing a relatively small number of styles in a large number of colours it enables them to attain economies of scale while at the same time disguising this fact through the multitude of colours on display. It delivers a low-cost product that shares the qualities of high-end retail. Unlike contenders such as H&M, UNIQLO customers expect to wear their clothes until they wear out.

IKEA stores are easily distinguished by their very large blue buildings with yellow accents (Sweden’s national colours) and few windows. They are designed with a one-way layout, leading customers through the whole store in its entirety with a series of showrooms upstairs and a “Market Hall” downstairs. It’s common for families to make a day trip out of a visit to IKEA and many stores have restaurants serving traditional Swedish food alongside varieties of the local cuisine in each country.

Dyson’s breakthrough idea was to use cyclonic separation to create a vacuum cleaner that would not lose suction as it picked up dirt and didn’t require a bag. At the time, in the early ’90s, manufacturers didn’t want to touch his design since the market for disposable cleaner bags was enormous so he started his own company and after much effort eventually became the market leader.

Like handcrafted Shaker furniture each Apple product is just as beautiful on the inside as it is on the outside and feel almost inevitable or undesigned since they defer to how the user interacts with them in a natural and essential way. Apple products are far more than a collection of parts – their simplicity belies the complexity of the processes which are required to make them.