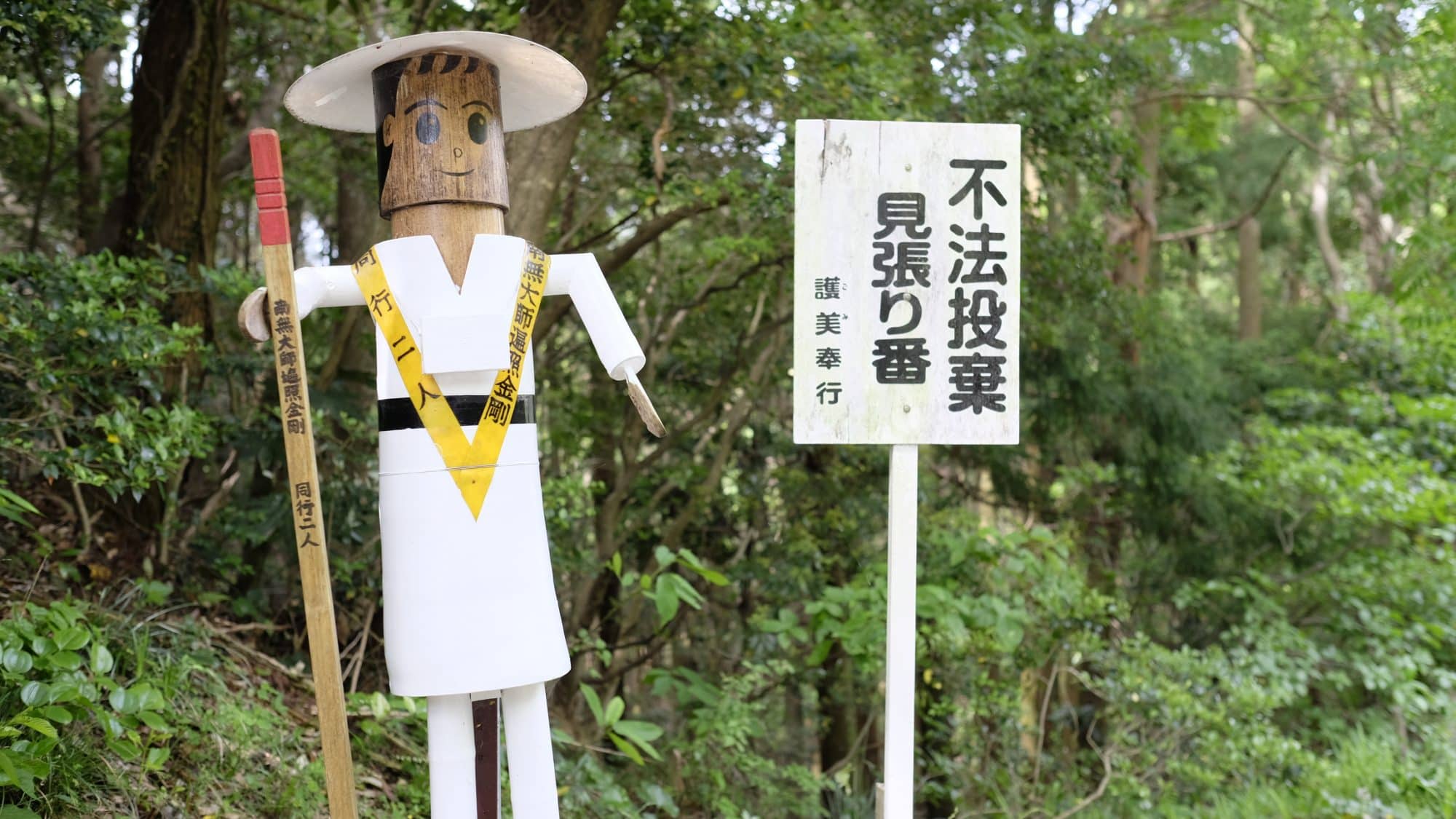 Arriving at my apartment in Tokyo on Tuesday at noon, part of me didn’t want to unpack the bag that had been strapped to my back for most of the past two months. After all the endings of the last few days at Ōkubo-ji, Ryōzen-ji and Kōya-san, this was the moment when I knew the adventure was over and it was time to face a new beginning.

At first, I almost felt guilty for relaxing and had trouble sleeping for the first few nights since my body had become so attuned to the daily routine of walking to the point of exhaustion that it didn’t know how to react to the sudden change. On more than one occasion I woke in a sweat imagining that I was still in my tent or had overslept.

Shikoku’s reality distortion field was shattered, and the real world came flooding back when I read the news that a dismembered body had been found in a park not far from where I live. Suddenly the misty mountains felt far far away.

Throughout my pilgrimage, I almost entirely disconnected from email, news, and social media. Anything I had picked up had been from occasional snippets of Japanese TV, which seemed more interested in China, North Korea and an Olympic scandal than the political self-destruction of the US and the UK. I hadn’t missed any of it and I hope I can continue to keep the never-ending news cycle at arm’s length.

Over the rest of the week, I slowly began to re-assimilate myself with everyday life. Walking among the crowds of Tokyo I feel I’m carrying this magical secret, and it’s been with a certain sense of pride that I’ve begun to share the story with the few friends I’ve caught up with so far.

It’s still too early to say what impact the pilgrimage has had but the generosity of those I met along the way has certainly given me the drive to try and do something socially impactful in the future, especially given the darkness that seems to be growing on the horizon around the world.

Looking back on the journey itself, there were too many highlights to name individually. No matter how far off the beaten track I went it always seemed like whatever I needed, be it a place to spend the night or a hot meal, was always just around the corner. I enjoyed the mountain passes and meeting local people the most, while dangerous tunnels and the rain were the only detractors.

I didn’t do a huge amount of research before setting off since I didn’t want to colour my own experience too much but now that it’s over I’m looking forward to reading others accounts, both historical and contemporary. If you’re setting off on your own pilgrimage I’ll be more than happy to answer any questions.

To that end, I’ve gone through all of my previous posts and added extra information to the bottom of each about the distances walked and the places I stayed. I’ve also corrected a bunch of embarrassing spelling mistakes, added an interactive map, and navigation to make reading the journal easier.

Over the next week or so I have a couple of bonus posts to complete about places I visited over the final weekend in Shikoku as well as a complete gear review of what I carried. I’ve also begun work on a photo book I hope to self-publish later this summer. I don’t have any concrete details about size/price yet but if you’d like to stay updated please sign up below and I’ll keep you informed.