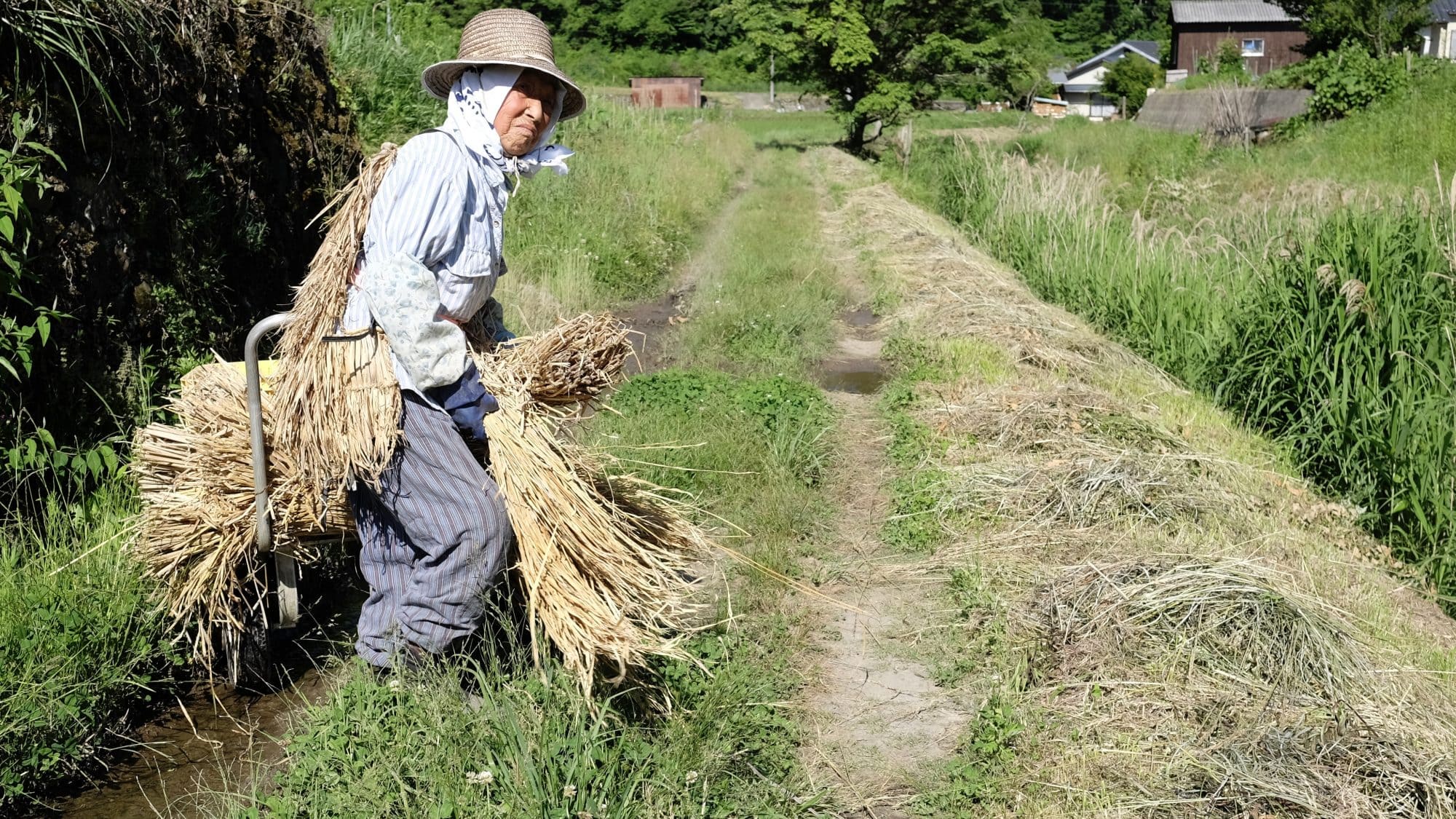 After all the ups and downs of yesterday, I slept like a stone statue last night. Luckily today was a mostly downhill affair with some of the finest weather to date (21°C with a slight breeze).

Having met Niels and Sophie at breakfast we headed out shortly before 8 am and walked together for about an hour until the Sembon-tōge Pass (740m).

Turns out I’m a fast walker so I continued alone up the trail. About 2km later there’s a triangular junction where the book cautions that it’s easy to get lost. No wonder when the signage is so confusing. The designer in me wants to standardise all the signs so badly but I love the homemade ones.

Since this trail isn’t in the Japanese guide book it’s a little overgrown but worth it for the view over Kuma at the top before heading down to join the main road.

Breakfast hadn’t been so filling so 6km further on I stopped at Rest Park Myōjin and ate an entire box of chocolate-covered almonds!

By 11.30 am I’d reached the turn-off for Misaka-tōge Pass. A driving henro stopped his car to offer me a lift but I politely declined. The trail turned out to be a nice gentle stroll down through the woods.

Reaching Amikate-ishi at 1 pm I was beginning to feel hungry again but knew there were no shops or restaurants for quite some distance.

Lo and behold I came across a group of locals who had set up a small roadside kitchen and were proving lunch to hungry henro! They had cooked a delicious array of vegetable dishes and I had a nice conversation with one of them who was an architect and spoke basic English.

I got to Jōruri-ji (浄瑠璃寺 – 46) shortly before 2 pm, a compact temple let underneath some beautiful trees. Here I met Charlotte, a henro from France, who was doing the pilgrimage backwards (4x as lucky this year supposedly) and camping most nights.

She very kindly gave me some advice about places to stay for free or cheaply in the direction I’m heading and even sketched me for her journal!

I had originally intended to stay at Yasaka-ji’s (八坂寺 – 47) tsuyado tonight but arriving at 2.30 pm I decided to keep going. An hour later I stopped at Teiregino-yu onsen for a bath since I would be camping tonight. It was a fancy one with multiple pools both indoors and outdoors.

Feeling refreshed I continued to Sairin-ji (西林寺 – 48), arriving at 4.45 pm, just in time to get my book stamped.

Afterwards, I ate okonomiyaki at a restaurant around the corner opposite Jōnofuchi Park where I’m camping tonight. Whilst setting up my tent on a grassy knoll an old security guard came to tell me the rules and what time the toilets would be locked.

To be honest most of the temples are not that memorable but as the saying goes, it’s the journey, not the destination that’s important. What is memorable are all the selfless strangers I’ve met along the way who live on this magical island lost in time.

Tomorrow I should make it to Matsuyama city where I hope to find time to visit the castle and look around a bit. Rain is forecast for the weekend so I’m considering strategies for avoiding getting drenched.