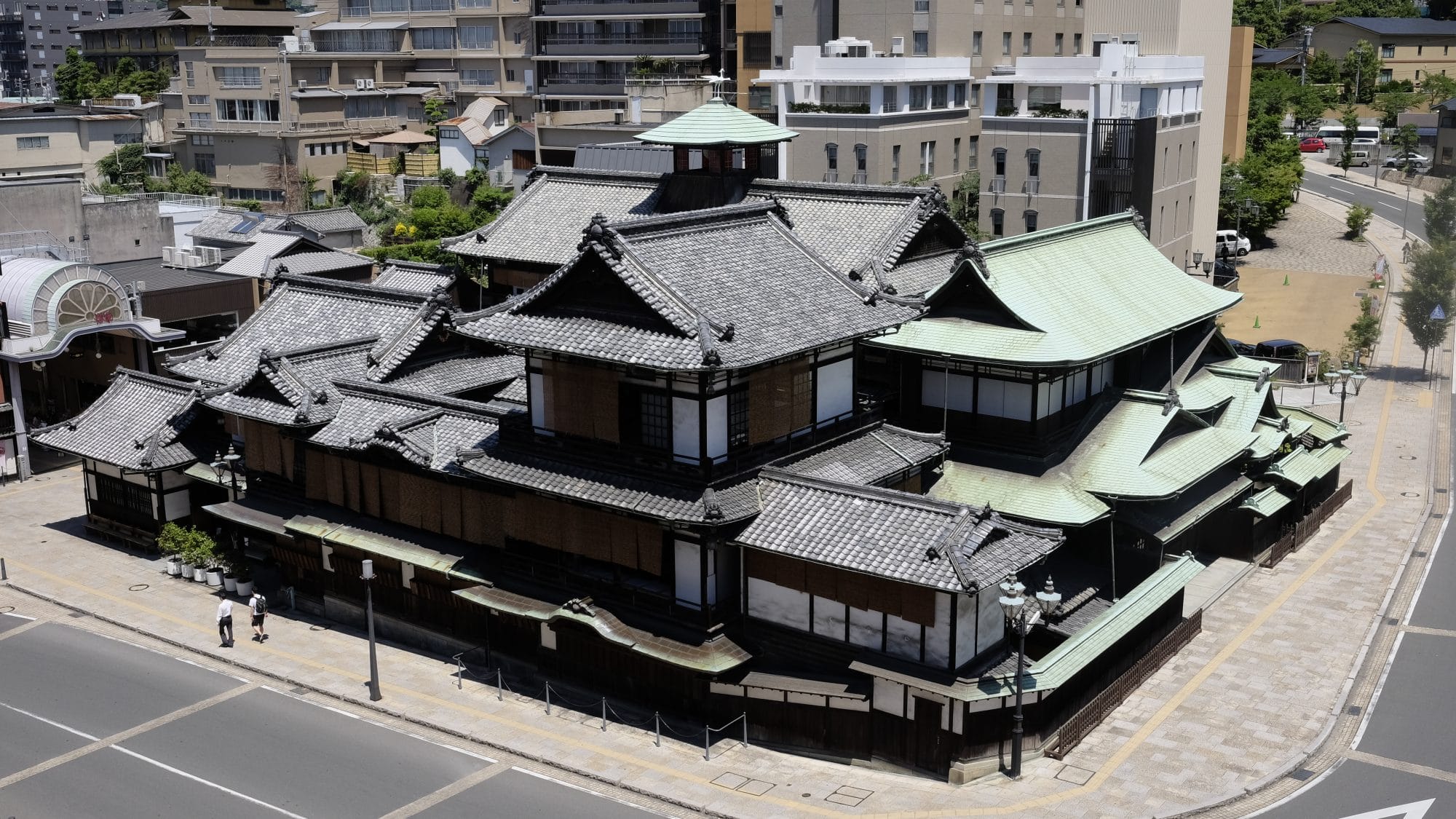 After an uneventful night camping in Jōnofuchi Park, I woke early, packed and headed to a nearby combini for a simple breakfast (bread, milk, and a banana).

Ishite-ji was interesting, if only for the fact that it felt like some sort of Buddhist Disney World, with gaudy trinkets and lucky charms for sale all over the place.

To be honest, it felt like whoever runs the temple is trying to make a quick buck off overly superstitious people. Apparently, it also has suspect political affiliations.

Behind the main hall, you can walk through a long tunnel running through the hill containing 88 statues of the Jizō Buddha.

After crossing over the top of the hill you reach Matsuyama City (松山市), the capital of Ehime Prefecture, and are almost immediately at the historic Dōgo Onsen (道後温泉).

Dōgo Onsen is one of the oldest onsen hot springs in Japan, with a history stretching back over 1,000 years. Despite being a natural cultural treasure it’s still open as a public bathhouse.

Whilst I didn’t join the throngs of tourists using the baths, I did take a look around a suite of rooms reserved exclusively for the emperor (although have only ever been used a handful of times).

Surrounded by the modern city, the onsen looks like an island drifting through time but never quite keeping pace with it. If it looks familiar it might be because the main building in the movie Spirited Away was modelled on it!

My accommodation for tonight, Sen Guesthouse, is a short walk from Dōgo Onsen so I headed there next and dropped my bags. Run by a Japanese-American couple, it’s a really nice place with good facilities.

I had lunch at SOHSOH, a restaurant offering modern Japanese cuisine that was recommended to me by Matt, one of the guesthouse proprietors. The meal was excellent.

Full and feeling in good spirits I took the tram 15 minutes to Matsuyama Castle (松山城) and walked the short distance up to the enclosed bailey.

With bright clear skies, there was a stunning view of the city from the top and a pretty interesting museum within the castle keep.

The castle was originally built in 1603 but destroyed by lightning in 1784. After being rebuilt it was also damaged by bombing during World War II but has been almost entirely restored now.

Late afternoon I headed back to the guesthouse and uploaded my photos over the fast wifi while getting my washing done. Tom, who I met near temple 45, arrived and we caught up on the previous few days.

Shortly after 7 pm, there was a beautiful sunset over the city and I reflected on how Matsuyama seems to have managed to retain some of its old charms while incorporating modern conveniences. Seems like a nice spot to live.

I’m planning an early start tomorrow since rain is forecast from noon. Wish me luck!