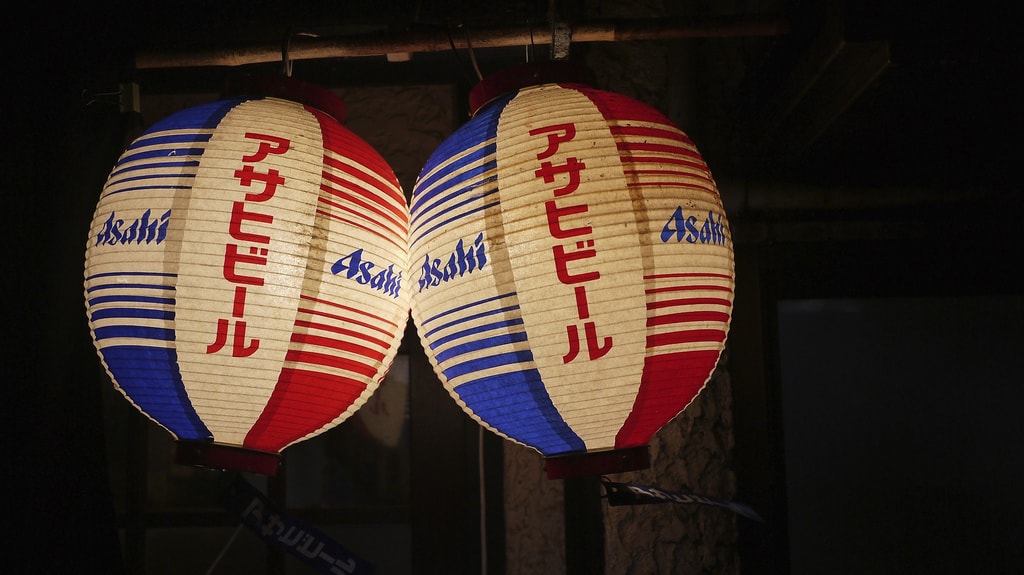 At the end of last month, I spent a week in Tokyo (including day trips to Yokohama and Kamakura) which was part holiday, part investigation for things I hope to talk about soon, but for now, I thought I’d start a new series to share some of my stories and photos which I’ve spent the last week editing…

Arriving on a wet Saturday evening at Narita airport I took the airport limousine bus to Shinjuku where I picked up a new Suica transit card and hopped on the local JR Chūō-Sōbu Line 10-minutes west to an area known as Kōenji (高円寺) in Suginami ward. I had booked a small place to stay on Airbnb, a site which allows people to rent out their spare room/apartment. It was my second time trying the service and I’ve found it a much more fun and interesting way to travel than just staying at standard hotels or hostels.

After dropping off my luggage my first port of call was to get some food and I found a small place serving delicious ramen (ラーメン) in the nearby PAL shopping arcade. If you’ve never tried or only had the instant version of Ramen then you’re doing yourself a disservice! I had tonkotsu (豚骨) which is the most common version made from a pork broth – heaven in a bowl. Many restaurants have machines outside where you place your order – simply insert your money, press the button for the desired dish then give the ticket to the chief inside.

After dinner, I had a wander around the local neighbourhood which consists of many tightly packed small houses, shops and restaurants. I loved this second-hand bookshop which was packed from floor to ceiling with innumerable tomes.

Koenji is popular for its vintage clothing and used record stores of which there are plenty to browse if that’s your cup of tea. I really wish I had taken more photos because the whole area is a fascinating rabbit warren – no wonder it was the setting for much of Haruki Murakami’s latest novel 1Q84.

He closed his eyes, opened his palms, and rubbed his cheeks. What’s wrong with me? I didn’t drink that much. He drew in a long, quiet breath and then quietly expelled it. He checked to be sure his mind was clear. Who am I? Where am I now? What am I doing? He asked himself in the darkness behind his closed eyelids. It’s September 1984. I’m Tengo Kawana. I’m in a playground in Koenji in Saginami Ward, and I’m looking up at the moon in the night sky. No doubt about it.

Then he slowly opened his eyes and looked at the sky again, carefully, his mind calm, but still there were two moons.

Later in the week, I ventured another 10-minutes further west along the same line to Kichijōji (吉祥寺) which is another neighbourhood with a youthful, artistic, and slightly countercultural reputation – not dissimilar but slightly more upmarket than Koenji.

In both areas, there are many tiny Japanese pubs known as izakaya (居酒屋), where salarymen and young people congregate in the evenings. Since the hierarchical structure of Japanese companies prevents underlings from questioning their superiors this is one of the few places they can vent their true feelings, even in front of their boss, with the drink as their cover the next day!

Many of the izakayas are stand-up affairs where you can order snacks like yakitori (焼き鳥) as well as drinks. I tried some fried oysters which were surprisingly good (coming from a man who dislikes most seafood). On a chilly autumnal evening, the warmth and smells emanating from these smokey alleys are irresistible.

You can get a feel for the atmosphere in the video above.

After visiting one (or many) of these establishments with your colleagues or friends this is how your vision will appear. Especially if your colleague is Irish!