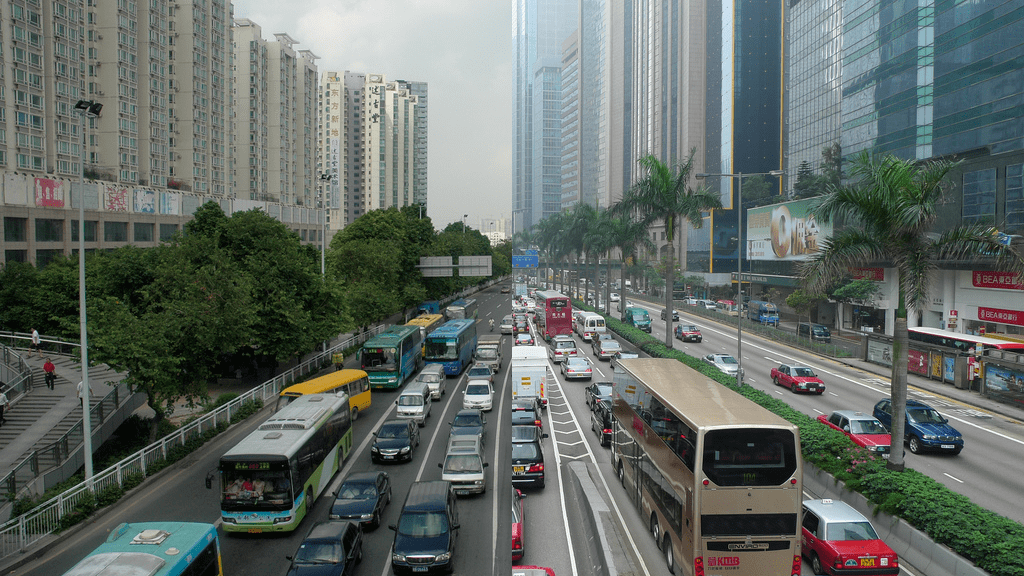 Hong Kong – if an affordable and spacious apartment is what you’re after then forget Hong Kong. In order to live within 30-45 minutes of the centre, you’ll likely end up with an expensive closet high in the sky. Apartments on the Kowloon side (as opposed to the Island side) are generally cheaper but also often older, smaller and within noisier neighbourhoods. Expect accommodation to be your biggest and most painful expense in Hong Kong.

Shenzhen – while prices have been rising in Shenzhen you can still find affordable places if you’re prepared to look around. The quality of Shenzhen apartments varies wildly with a lot of what’s on offer is pretty shoddily built so you’ll most likely want to look at newer estates (Nanshan and Futian districts are popular choices). On the plus side apartments are generally bigger, often have balconies and are probably half the price or less compared to Hong Kong.

Shenzhen – finding good Asian food in Shenzhen is easy, whether it’s Chinese, Korean, Japanese, Vietnamese or Thai, but western food can be a bit of a mixed bad. There are plenty of western-style restaurants but quality and variety are generally lacking with higher prices than their Hong Kong counterparts. Shenzhen has many international supermarket chains including Carrefour and Walmart as well as high-end Jusco and Ole which stock just about everything you could want.

Hong Kong – getting around is a breeze in Hong Kong owing to the excellent public transport system that includes the MTR subway, trams and a good bus network which runs to just about everywhere you could want to visit – fast, reliable, and inexpensive. Walking within some areas can be a little confusing owing to the maze of underground tunnels and overground walkways. Taxis are also an option but far more expensive than their Shenzhen counterparts.

Shenzhen – while the metro system in Shenzhen is still expanding, the central areas of the city are already well covered and easily accessible. The bus network is extensive but can be rather impenetrable for non-Chinese speakers and is often severely overcrowded. Taxis are the most expensive in mainland China but still cheaper than Hong Kong although be prepared for frequent traffic jams. Owning a car here is only for the brave and minor accidents are frequent.

Shenzhen – being a migrant city still in its infancy Shenzhen offers little in the way of recreational activities except shopping, spas, cinemas and karaoke (KTV). There are however some nice beaches east of Shenzhen and the government has been investing in building new green spaces and fostering cultural events. A number of websites catering to expats also list upcoming events and groups. Luckily you have access to the entirety of mainland China and of course, Hong Kong is only an hour away so easy to visit for a weekend break.

Since Hong Kong and Shenzhen are neighbours they basically share the same climate which unfortunately includes being frequently shrouded in noxious pollution clouds which drift down southwards from factories in nearby Dongguan and Guangzhou. For most of the year, the temperature is in excess of 30°C with high humidity that only abates for a couple of months during winter. Be prepared to be living in air-conditioned rooms most of the time.

Hong Kong – healthcare in Hong Kong is on par with international standards with both public and private options available to residents at reasonable or no cost. Insurance is not required to access the medical care system, however, it is recommended if you want to avoid long queues in public hospitals. The healthcare system in Hong Kong has been placed under stress in recent years with expectant mothers from mainland China coming to give birth here to get their child a Hong Kong ID.

Shenzhen – income tax is around 20% (paid monthly by employers), and sales tax is 17%. Because the Hong Kong Dollar (HKD) exchange rate is now so weak against the Chinese Renminbi (RMB) it’s often cheaper to buy electronics, luxury items and imported foods (like wine and cheese) in Hong Kong and then carry them across the border. Do so at your own risk – if stopped at the border you may be fined. However, you won’t be left wanting for shopping in Shenzhen – it even has its own official Apple store now.

Hong Kong – people in Hong Kong work very long hours and have inherited the British trait of being somewhat cold towards strangers. Service received in shops and restaurants is usually pretty bad but on the whole most briskness can be put down to people being busy or trying to be efficient. Getting by with English in Hong Kong isn’t a problem since around 50% of locals are conversant to varying degrees. Since Cantonese is only spoken in Southern China it’s not a terribly helpful language to learn.

Shenzhen – since Shenzhen is a melting pot of people from all over China people tend to be a little friendlier towards strangers. Since there are fewer English speakers than in Hong Kong you’ll need to pick up at least a survival level of Mandarin and the city is a great place to learn it with plenty of schools and private tutors. If you look like a foreigner you’ll more than likely encounter young people asking to practice their English with you (or just shouting a random “hello” in the middle of the street!).

Shenzhen – internet connections in Shenzhen are generally cheap but slow. Depending on where you live you can install a 1 Mbps – 10 Mbps connection. Many popular websites are blocked in China so you will also require a VPN provider to get around this but the experience is often frustratingly tedious and slow.