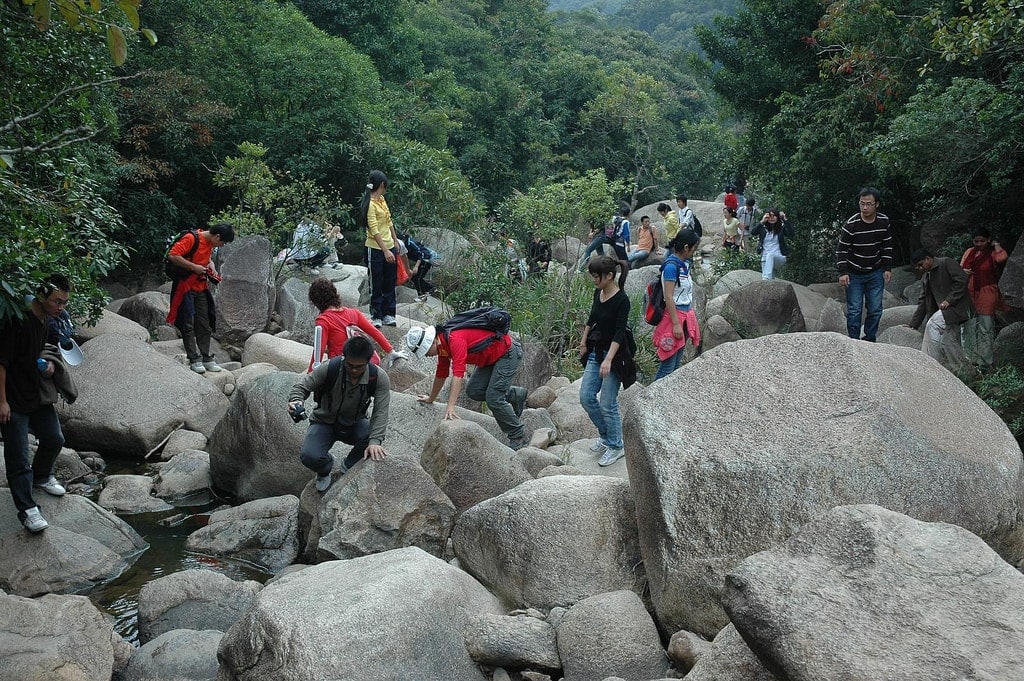 Last weekend I joined some colleagues to climb another mountain, this time near the coast in Yantian district and more of a scramble rather than a walk! The path took us around a large reservoir and then up a rocky river bed which provided for a pretty unforgiving obstacle course. Due to the volume of other people on the same route the pace was a bit slow but luckily we had perfect weather; not too hot, not too cold. There were one or two hairy moments, especially at a steep waterfall where an old rope had been provided to climb up, the only problem being that water was still running over the rock face. The sensible ones in our group opted for the detour around the obstacle but yours truly decided it would be more of a challenge to go directly upwards. After clambering around the plunge pool I started climbing only to get stuck half way up with the numbing fear that if I slipped I would probably crack my skull open and drown. Unfortunately the crowd below were all to busy watching to take any photos so the event only remains in memory but somehow I willed my way to the top and then promptly swore never to try that again! 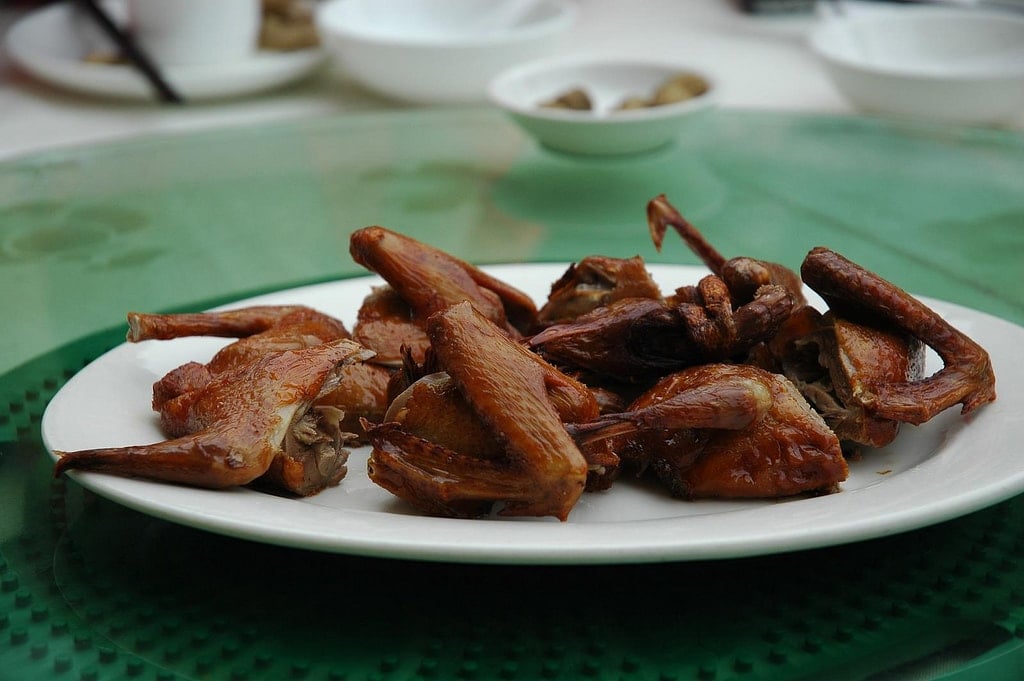 After the a day’s exercises it was time for an early dinner. Above is the local delicacy which turned out to be pigeon wing! I can’t say it was particularly delicious and as you can imagine a pigeon doesn’t have much meat, even less so than chicken wings. I filled up on a eggplant (otherwise known as aubergine to us Brits) dish and Mantou – sweet steamed buns from Northern China. 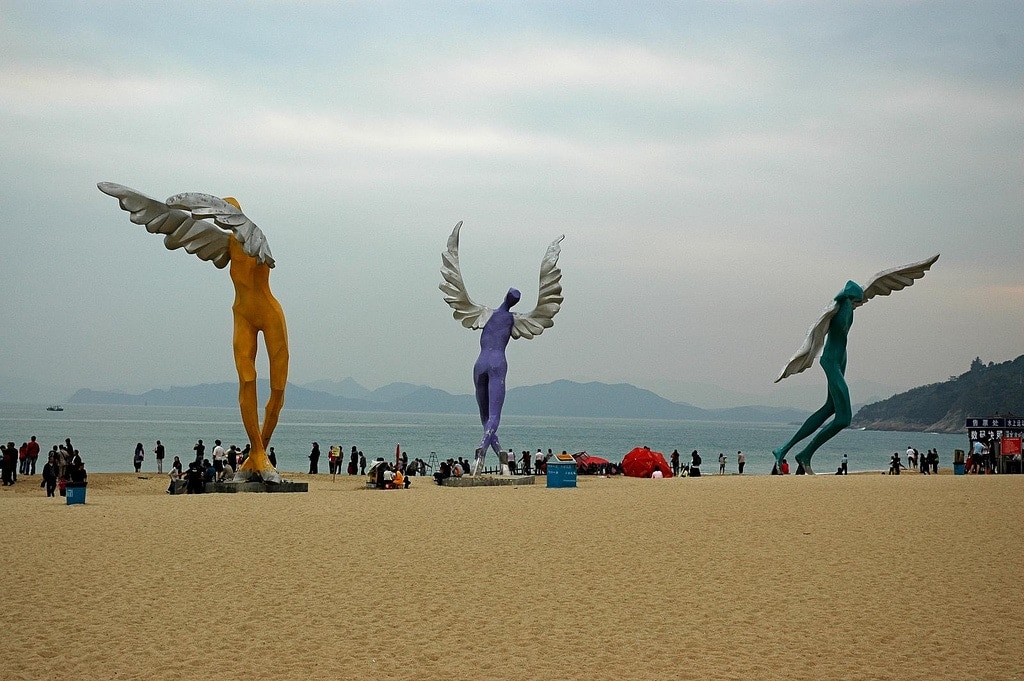 While waiting for the bus back we sat on Dameisha beach as the sun went down which was surprisingly clean for China but rather marred by the hideously ugly sculptures which graced the shoreline. Good taste is not something you’ll find anywhere here!