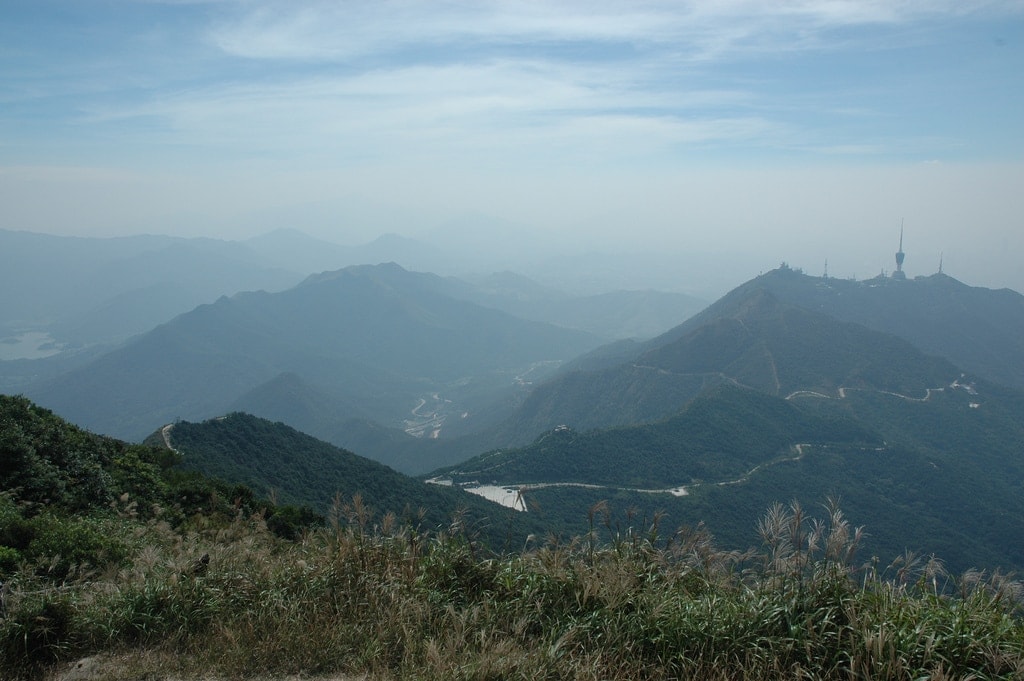 On the first day of the National Day holidays in China I was invited by some of my colleagues to climb Shenzhen’s tallest mountain – Wutong Shan, standing at just under 1000 meters. After travelling nearly 2 hours to the outskirts of the city on a crowded bus our climb began under the canopy of the extremely verdant mountainside. Even though it was a relatively cool day it was still in the high 20’s and tropically humid – not the most comfortable weather for hiking but invigorating nevertheless! 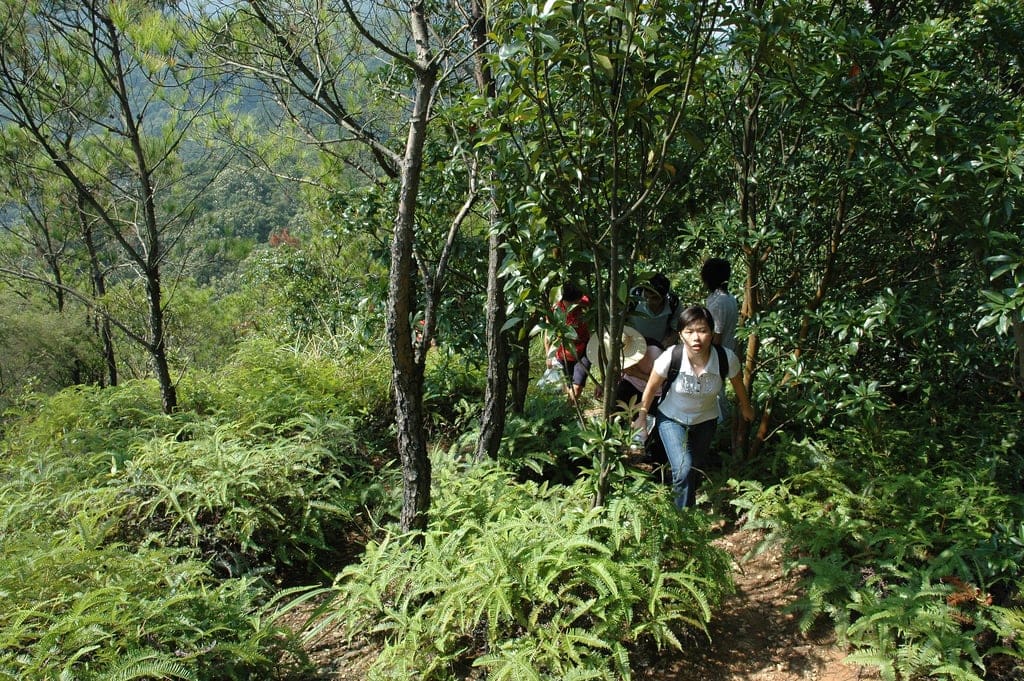 Because of the heat and the steepness of the ascent we needed to stop every 20 minutes or so to catch our breath and have a drink. It was a good thing everyone brought lots of water because I reckon people were losing it just about as fast as we could drink it. Every now and then a short breeze would blow through the trees bringing momentary relief. 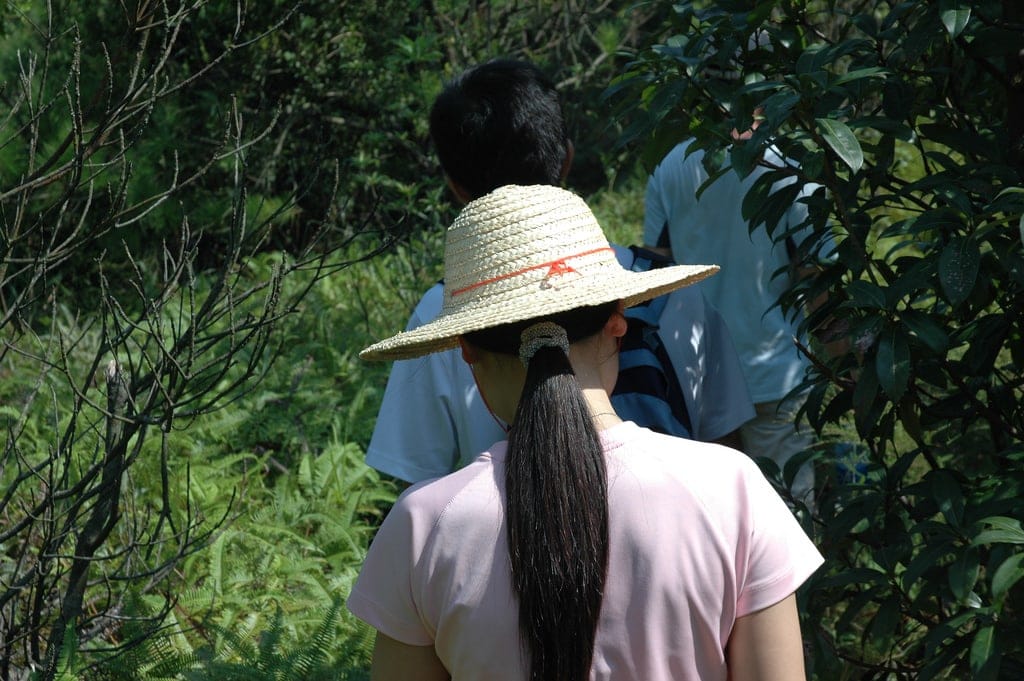 The climb itself took a bit over two hours and was one of many false peaks which when reached presented another. The summit itself was inconspicuous but the view it bestowed was pretty special. Mile upon mile of lush green canopy opened up to reveal the city below on one side and a harbour on the other, the clouds only just obscuring Hong Kong. 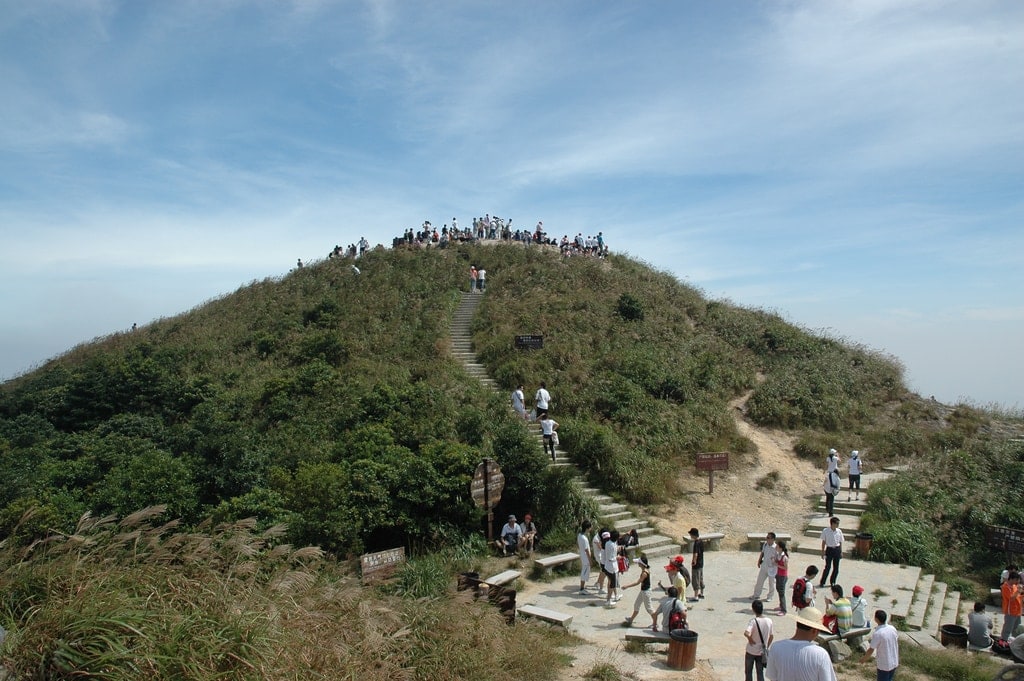 Descending the mountain was much easier than going up, made even more so by the fact that we took the tourist route down (basically steps). Once we reached the foot of the steep section we then followed the winding road the rest of the way down taking another hour to complete. Unfortunately, I had neglected to sear any sun cream and ended up a little burn on the back of my neck and arms which has left me looking a bit like a lobster!