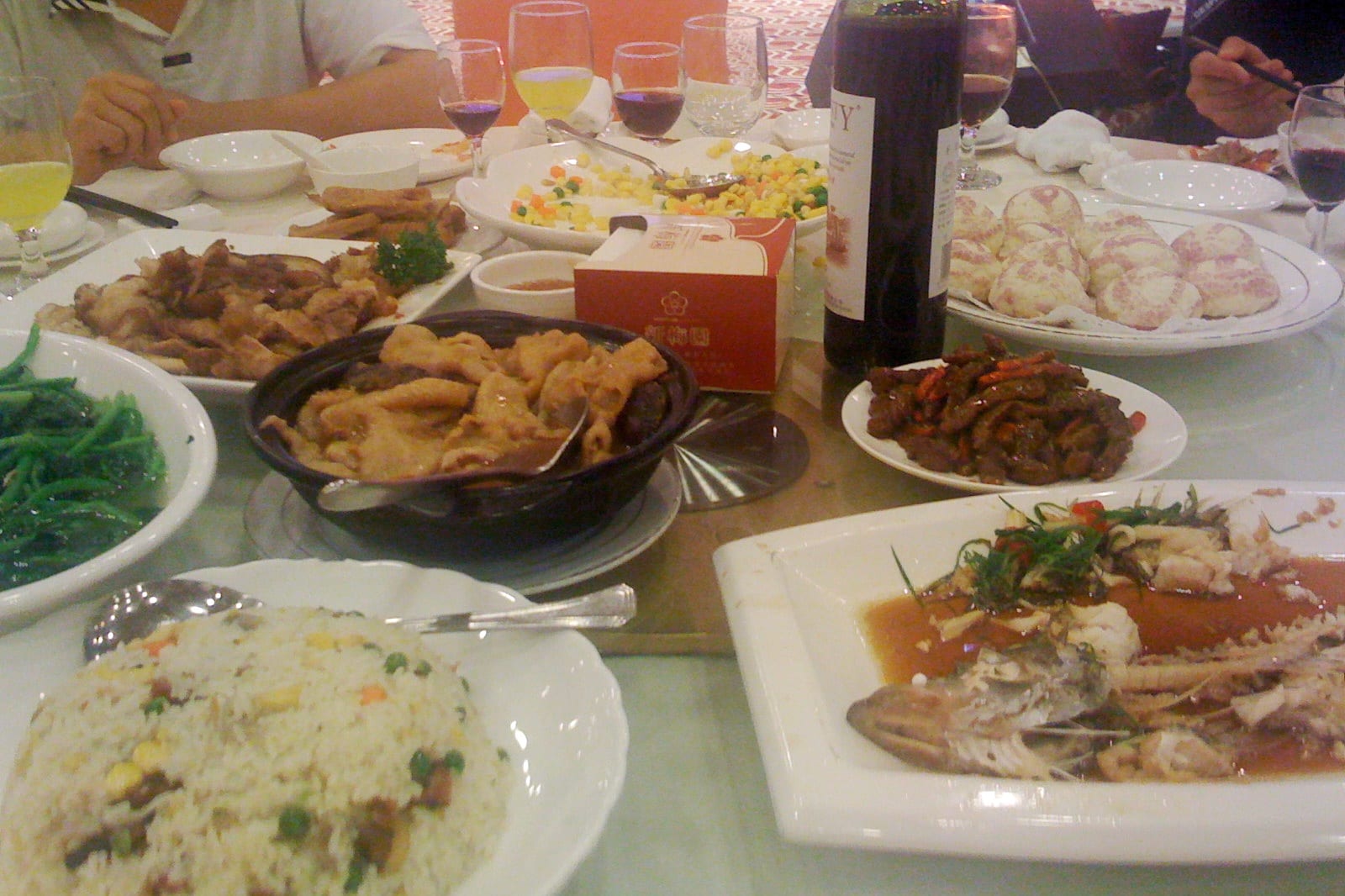 Last week had to be one of the busiest I’ve had in a long long time. Aside from climatic extremes of heat and rain food has to rank a close second in my new life here. Chinese cuisine encompasses such a wide palate from across its many regions that you’re always spoilt for choice.

Wednesday night celebrated the anniversary of the new company I have joined with all 500+ Chinese employees gathering together in a massive banqueting hall for an evening of mass catering and performance. I’ve never seen anything quite like it – after initial speeches and dinner, various people got on the stage to sing their favourite songs which went on for about two hours!

Thursday ended with a delicious meal in a Mongolian restaurant with some interesting dishes including lotus roots and some curious-looking vegetable buns (top right). What I haven’t quite fathomed yet is how China has such a high life expectancy (on average 73 compared to 78 in the UK) yet most of their food is quite oily and, if recent events are anything to go by, toxic! I’d be interested if anyone has any theories about this.

Friday brought with it another new experience with a trip to KTV (or Karaoke Television) which, as you can imagine, is a box room with a large screen which people can sing along to music videos (seemingly most from the ’80s) to their heart’s content. Not exactly my cup of tea but fun nevertheless and I even learnt a new dice game which involved guessing the total number on a set of given dice that the other players have. For the sake of anyone’s embarrassment, the photos are not included!

On Saturday I ended up having another massive dinner which included shark-fin soup and Beijing duck amongst other delicious dishes. I’ll try not to let food dominate too much more around here but it’s just so good!!