This week brought its fair share of climatic excitement when Typhoon Hagupit smashed into the southern coast of China, not far from Shenzhen. With wind speeds in excess of 200 km/h, it was apparently the most powerful typhoon to hit Guangdong province in more than 10 years. 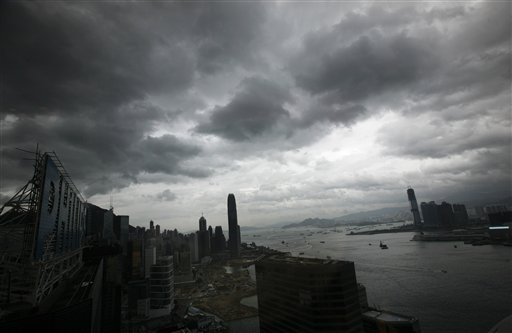 Flights and ferry services were suspended and schools closed. While the city of Maoming bore the brunt of its strength things got pretty extreme where I was with lashing rain unlike I’ve ever seen before – it was so heavy at one point I couldn’t see out the office windows. I got caught in it on the way home Tuesday evening and even with an umbrella got totally soaked with the concrete environment turned into impermeable rivers! To me, it may have been exciting but sadly claimed the lives of 5 people.