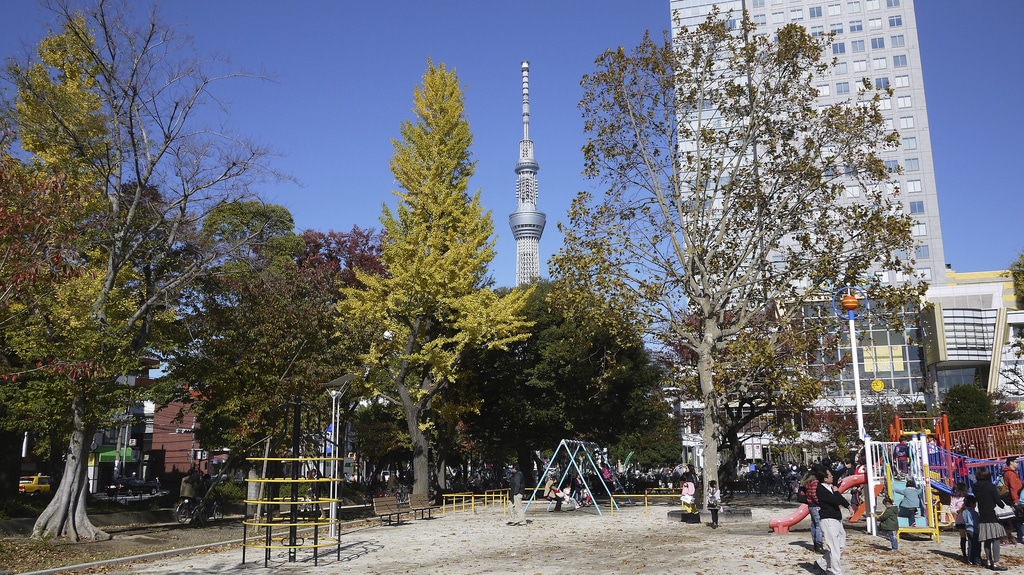 I’ve always known that the air quality in Hong Kong was poor at best but it only struck me fully on my second day in Tokyo when I woke up to the bluest skies I had seen in years. It not only looked cleaner but felt way fresher also, which despite the cool temperatures was a very welcome change. 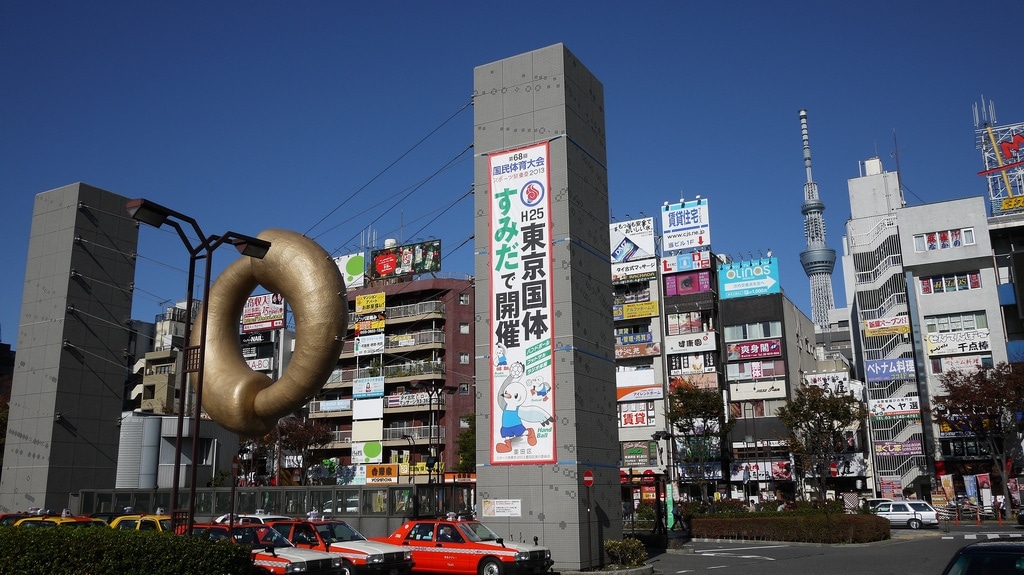 Heading east along the JR Chūō-Sōbu Line I alighted at Kinshichō Station (錦糸町駅) where directly outside the entrance I came across what appeared to be two giant croissants suspended between two massive columns – if someone could enlighten me what this is actually about that would be great! Hiding in the background I also got my first glimpse of what I’d come to see – the recently opened Tokyo Skytree (東京スカイツリ). 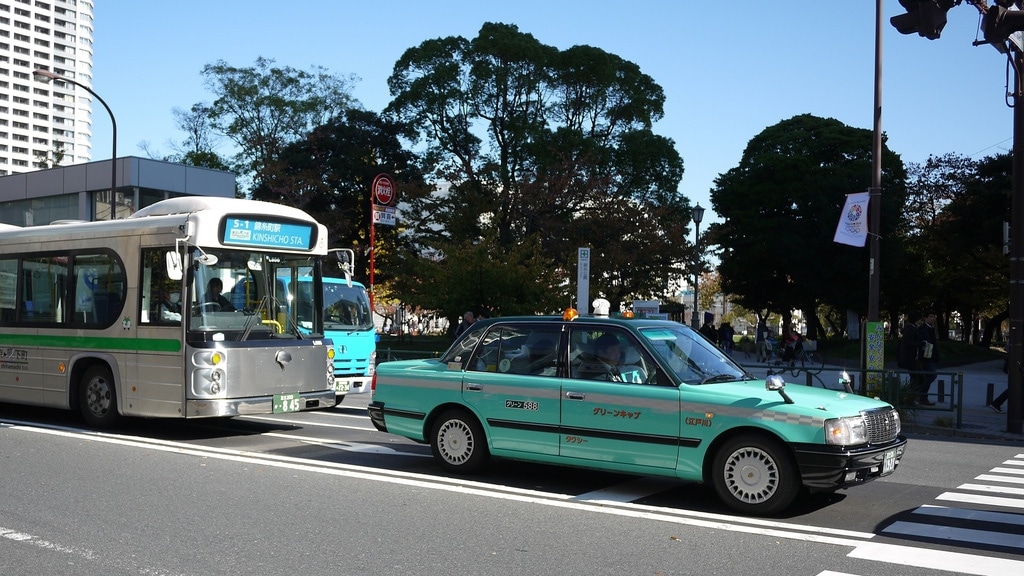 Even though Hong Kong uses the same Toyota Crown Comfort model taxis, the ones I saw in Tokyo seemed to be rather better maintained (or at least cleaned!). 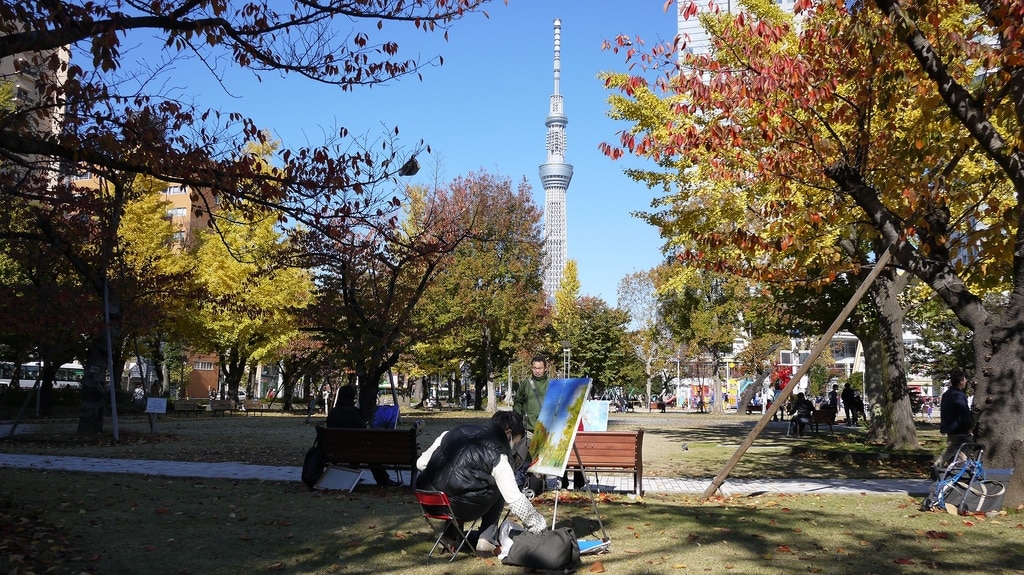 You can get to the Skytree more directly by train but coming from Kinshichō provides a nice walk there, including passing through Kinshi Park where I spotted a number of people drawing oil paintings of the tower which looked particularly nice framed against the blue sky surrounded by autumn coloured leaves. 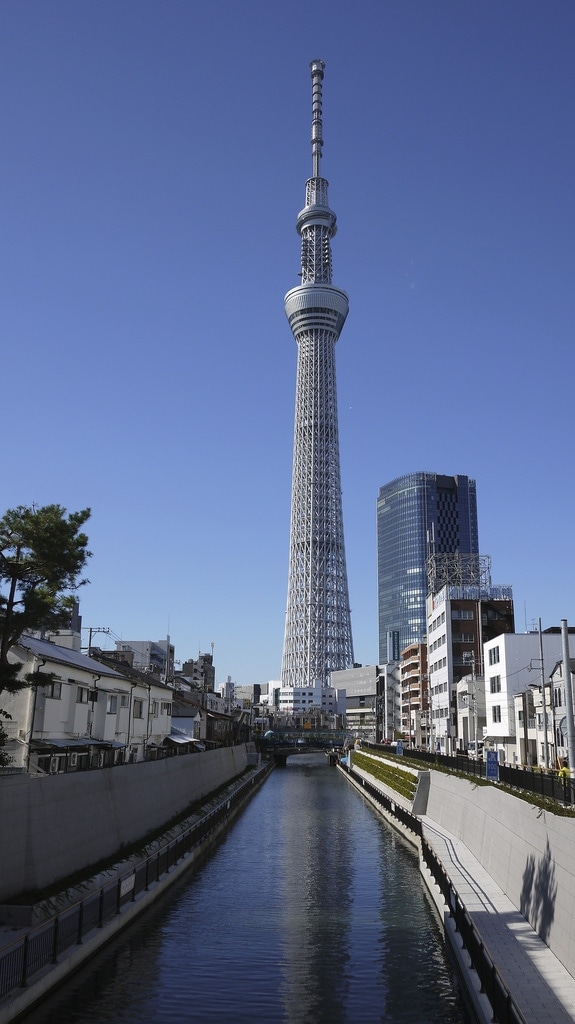 The Skytree is currently the tallest tower in the world at 634 meters tall and only second to the tallest structure, the Burj Khalifa (830 m). Used a broadcasting tower and observation deck its lattice frame design is a thing of beauty. The steel tubes on the outside are connected to a solid concrete core using shock absorbers which make the structure earthquake-resistant. 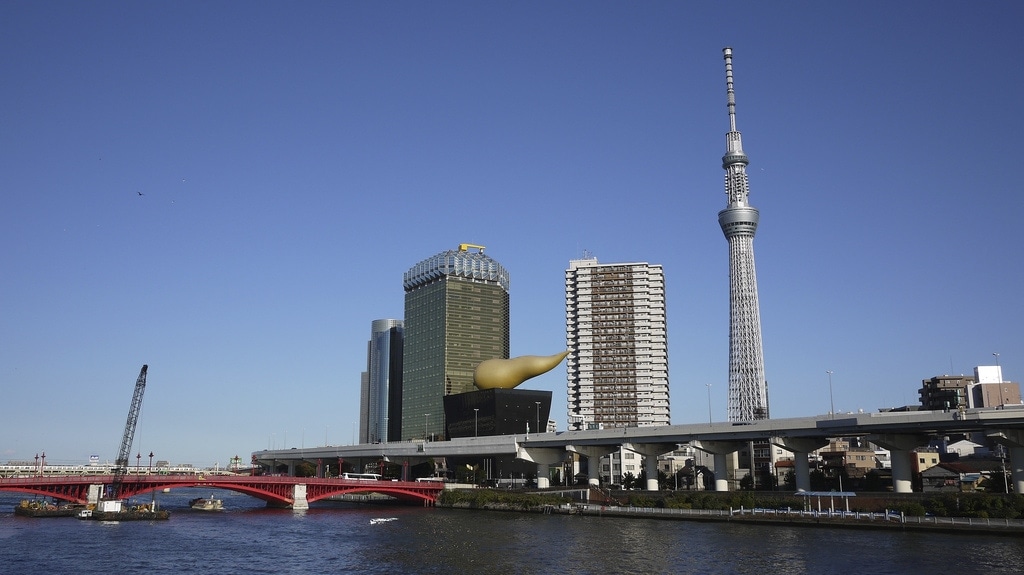 The tower, which opened in May this year, boasts of stunning views from its higher echelons but because it’s still beset by hordes of eager pilgrims I decided to decline the long queues to ascend this time. Instead I’ll leave you with this shot of the Skytree next to the somewhat less savoury Asahi Beer Hall – colloquially referred to as “the golden turd” (金のうんこ). Readers with good memories may remember this from my trip to nearby Asakusa in 2010. 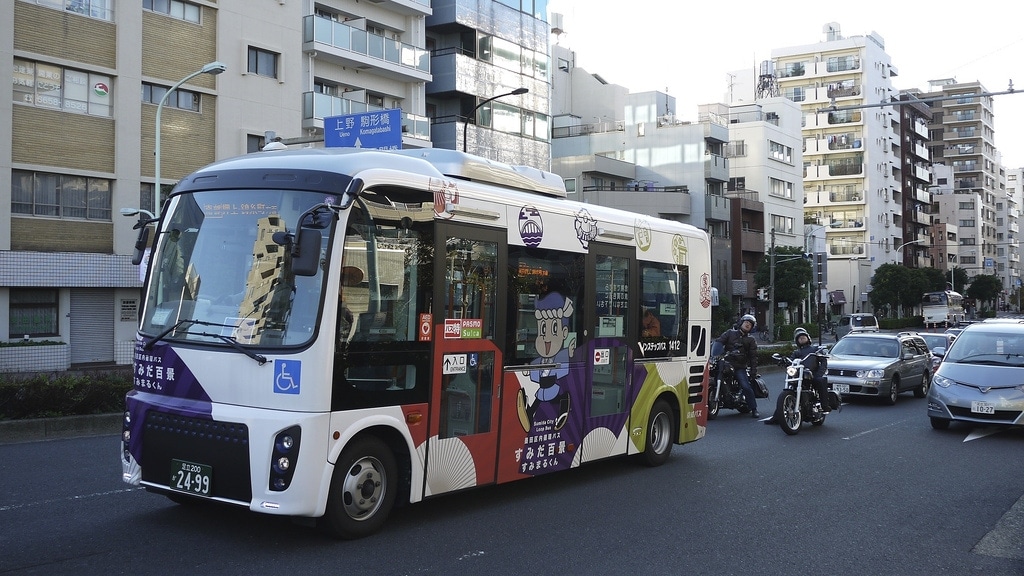 Japan’s obsession with cuteness (kawaii – かわいい) even extends to its busses. 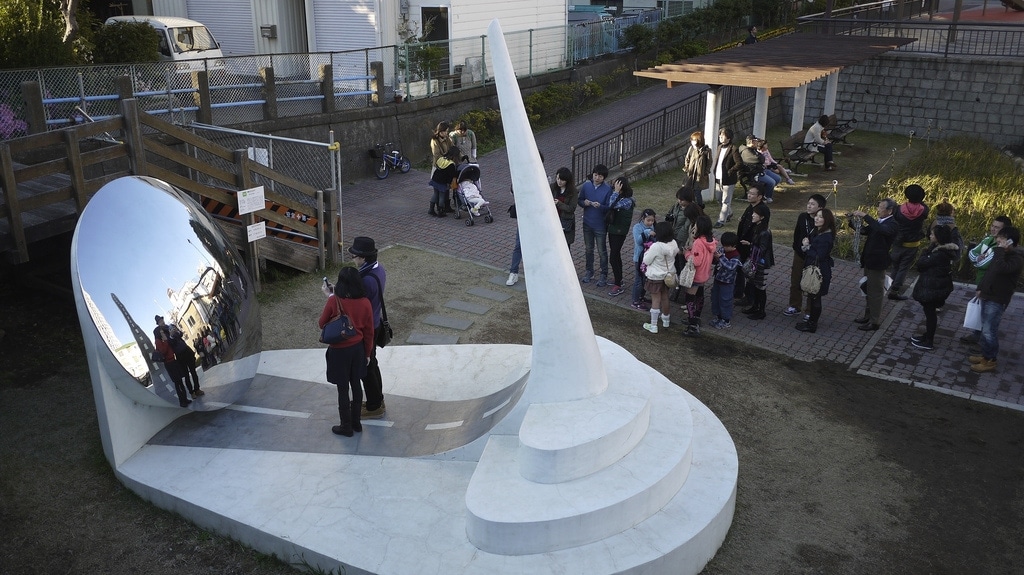 My Japanese friend who I was with lamented that when travelling abroad the stereotypical Japanese tourist (camera-wielding and clueless) has been replaced with a new stereotypical Chinese tourist (cash-laden and tasteless), but regardless that doesn’t seem to have stopped them enjoying things closer to home!