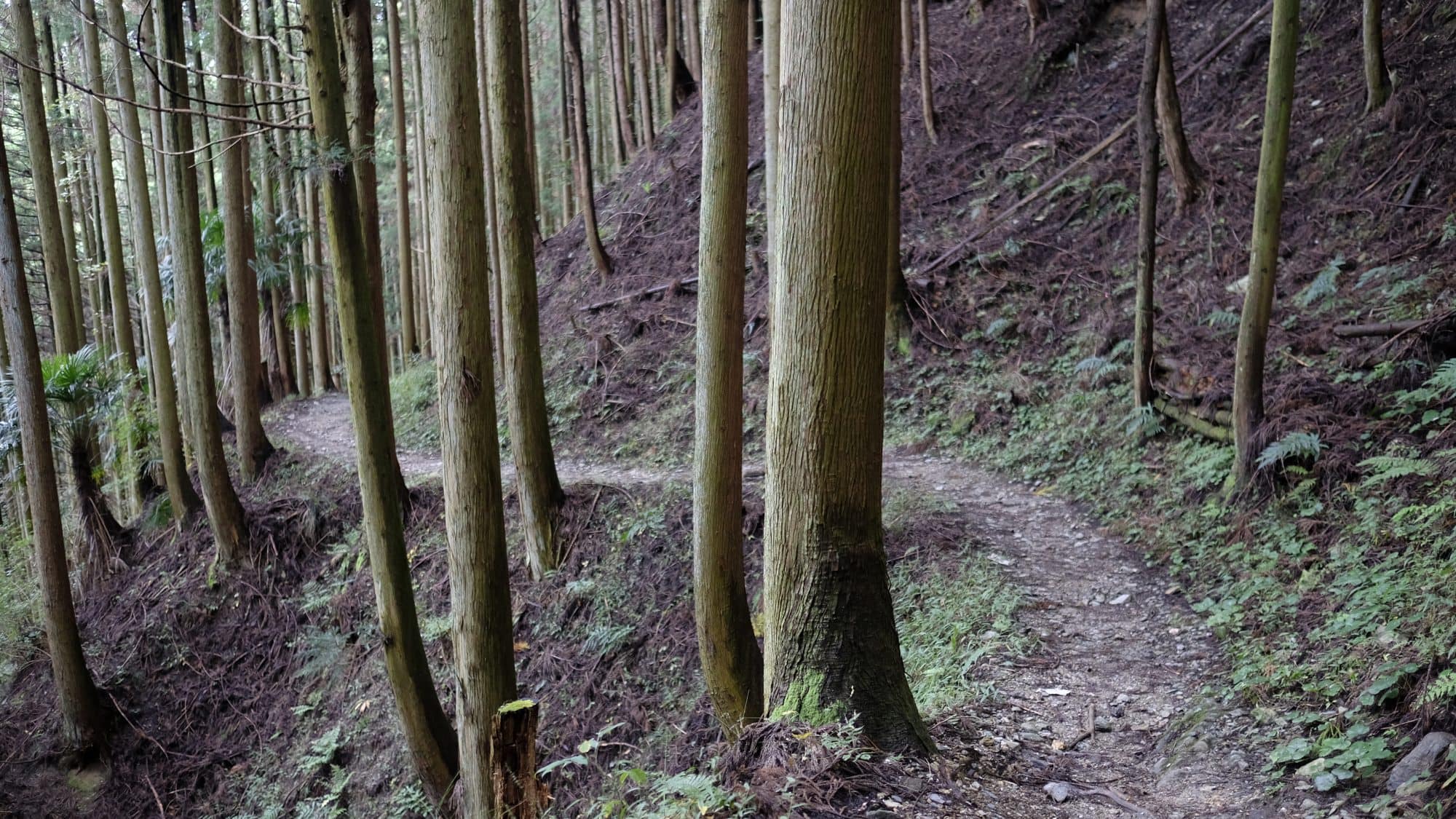 On my return trip to Shikoku in late October, I alluded to an upcoming expedition. I spent six days walking the Kohechi route of the Kumano Kodō pilgrimage and now, as 2016 comes to a close, I’ve managed to pull together a full report.

The Kumano Kodō (熊野古道) is a network of ancient trails which crisscross the mountainous Kii Peninsula (east of Shikoku on the Honshu mainland) and has been walked by pilgrims from all strata of society for over 1000 years. They are recognised as UNESCO World Heritage sites.

The isolated Kohechi (小辺路) route cuts through the centre of the peninsula, linking the Buddhist temple complex of Kōya-san (高野山) and the Three Grand Shrines located in the southeastern part of the mountain range, known as Kumano Sanzan (熊野三山).

The close links between the religious sites is a unique example of the fusion between Buddhism (from China/India) and Shintoism (Japan’s indigenous religion).

Since I started the trip from Shikoku, Day 1 began where my first pilgrimage ended, with an overnight ferry trip from Tokushima to Wakayama. The symbolism of the moment was far from my mind as I stepped off the Nankai ferry at 5.10 am and waited sleepily for the first train.

The trundling commuter train bore witness to a stunning sunrise as it approached the mountain range which I would soon be ascending. Alighting at Nakaiburi Station (中飯降駅) around 8 am I walked 30 minutes to Jison-in (慈尊院), the temple that marks the entrance to the Kōyasan chōishi-michi (高野山町石道) trail.

I did a double take when I passed the wooden ema (絵馬) prayer plaques! Sacred mountains like Kōya-san used to forbid women to enter their borders so special temples like Jison-in were set up for them to pray outside. Women still come here to pray for pregnancy and safe childbirth etc.

Passing a group of pensioners, preparing for the hike by doing synchronised exercises, I began my hike on the chōishi-michi trail, named for its 180 stone five-tiered stupas which signpost the 24km route. Many of the chōishi (町石) stupas date back to the 13th Century Kamakura period.

The majority of the trail is off-road and well maintained with good signage so it would be hard to get lost. The route quickly ascends, passing through mikan orchards and providing great views over the Kinokawa River below.

I passed many small piles of rocks seemingly placed at random. People do this for various reasons; as trail markers, with religious significance, or just for fun.

After about 6km I reached the Ropponsugi Pass where you have the option of taking a longer path to visit Niutsuhime Shrine (丹生都比売神社). Ominous dark clouds overhead were threatening to ruin my mood so I decided to give it a pass.

By noon it was drizzling and I stopped at Yadake for a quick lunch consisting of a rather sorry sandwich and a tuna onigiri I’d picked up at the combini in the morning. A few other hikers passed by but most were heading down.

After another steep section, the rest of the hike up to the top was relatively gentle and by 2.30 pm I had arrived at the enormous red Daimon Gate (大門) which marks the entrance to Kōya-san.

From here you can hike the short 2km Fudozaka Trail to Nyonindo which I did in 2015.

It was my third trip here and the trees along the main road were showing off their peak autumnal colours. As usual, the streets were busy with tourists which rather put me off but it felt good to have walked up instead of taking the ropeway.

I checked in at Sekisho-in (赤松院), a temple that offers accommodation, and then headed for a bite to eat at Komi Coffee (光海珈琲) which is right outside. If you’re visiting be sure to pop by since they have a copy of my book inside.

Having gotten little sleep the night before I was extremely tired so after a soak in the bath hit the hay early, praying for clear weather over the week ahead.