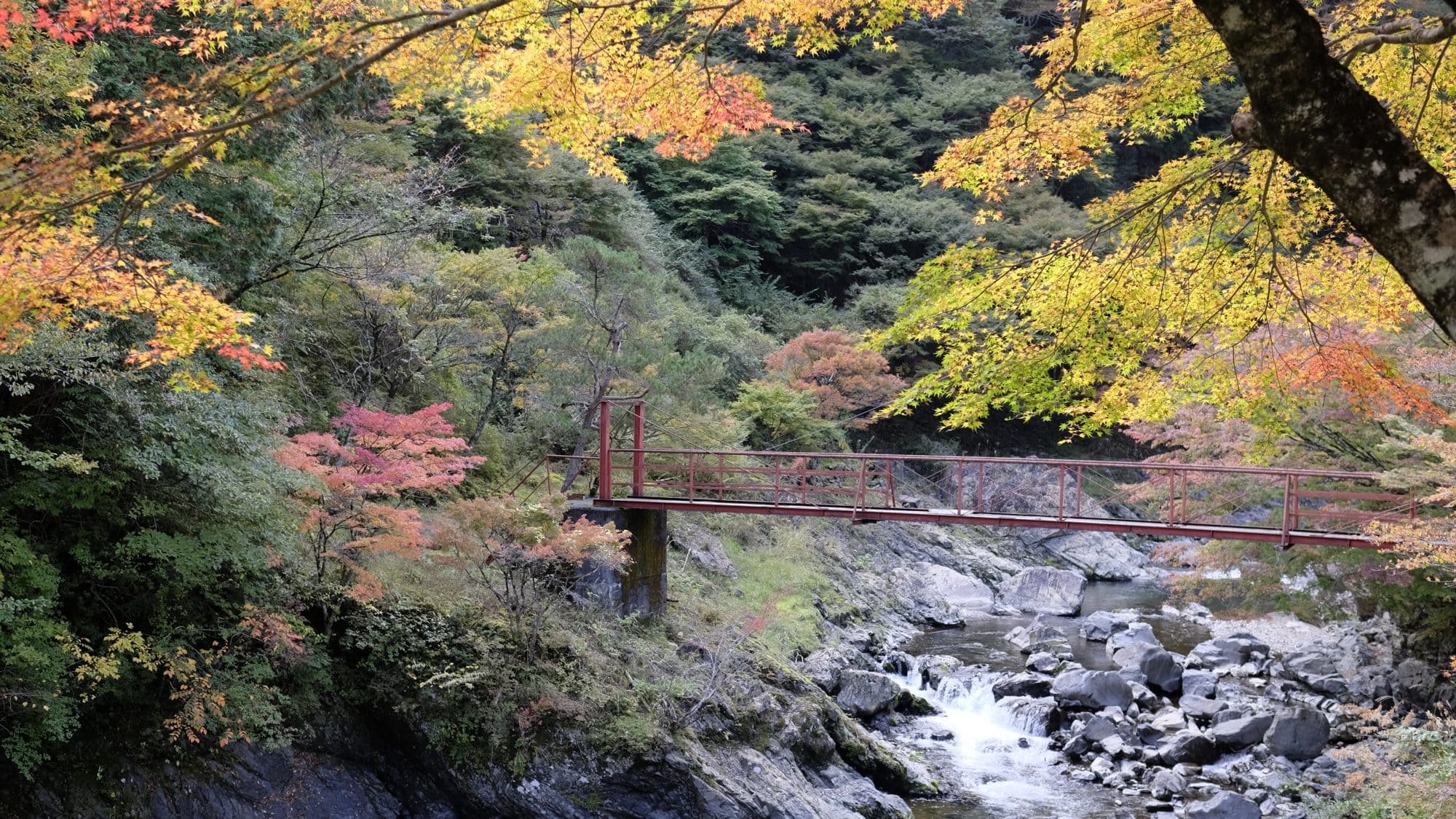 After a good night’s sleep at Sekisho-in temple, I got up early to attend the 7 am morning prayer service. It was cold to the bone in the main hall which I was surprised to find packed to overflowing with adherents and curious bystanders like myself. I sat next to a mother with her disabled son who had a special prayer said for him.

Immediately after the service, a simple breakfast of rice and tofu with pickled vegetables was served by the monks. Most of the other foreigners picked it over with somewhat confused expressions but I ate as much as possible to save energy for the hike ahead.

I headed outside and began walking along the leafy path through the enormous cemetery that leads to the Okunoin (奥の院), the site Kōbō-Daishi’s mausoleum.

In contrast to my last trip here, which had been rather hurried, it was much more relaxed this time and I was able to enjoy the morning sun illuminating the unending rows of solemn tombstones in peace.

Back at the temple, I packed my bag and then walked for about 10 minutes to the trailhead where the Kohechi begins. The entrance is a little off the main road; follow signs for Kongō Sanmai-in (金剛三昧院) to find it.

If you’re planning on doing the same I recommend picking up the official map from the tourist information office nearby, it includes a huge amount of useful information to help plan ahead. They can also be downloaded.

The morning took me across a flat-topped ridgeline shaded by trees. At around 1000m it was chilly but not unpleasant while walking at a brisk pace.

After around 5km the trail dips down into a valley in order to cross the Odonogawa river. On the other side, I passed through a tiny village with a small cluster of traditional houses and a solitary post box.

Shortly afterwards the trail joins the Koya-Ryujin Skyline (高野龍神スカイライン) for about 2km before heading steeply up onto the Tainohara-sen forestry road.

I stopped and sat on a log overlooking the valley to eat my bento lunch. Only one other hiker had passed me the whole morning and it was blissfully quiet.

Further down the road is a lookout point with a covered picnic bench which would make a good spot to camp. Golden susuki (ススキ) pampas grass glistened in the sunlight, gently swaying in the breeze.

It was here that I spotted the first sign warning of bears in the area. I reluctantly got out my bear bell and attached it to my backpack. As much as I hate the noise it’s better than a Revenant-style encounter.

Looking at the map I noticed that reaching my accommodation for the night was going to require doubling back on myself if I followed the official route. Hoping to avoid this I spotted what appeared to be an unsignposted shortcut that led down the valley side.

My gamble paid off and I reached Minshuku Kawarabi-so (かわらび荘) around 2.45 pm. Nobody seemed to be around so I explored a beautiful patch of autumn foliage beside the river, crossed by a rickety red bridge.

Wooden planks had been placed on the bridge to prevent anyone plunging through the rusty mesh but the planks themselves had become rotten so it was with some trepidation that I crossed over.

After a short while, the owner of the minshuku arrived and I was able to check-in. Before dinner, they drove me a short distance down to road to Nosegawa Spa (ホテルのせ川) where I relaxed in the onsen before checking out the small shrine next door.

Here I bumped into a friendly retired Japanese couple who were staying at the same place and walking in the same direction. We got chatting over a nutritious dinner of Japanese hot pot and discussed the route ahead. I lamented about Brexit which was being talked about on the TV news broadcast.

Overall it had been a fairly gentle hike which I was pleased about because I knew the hardest section was yet to come.