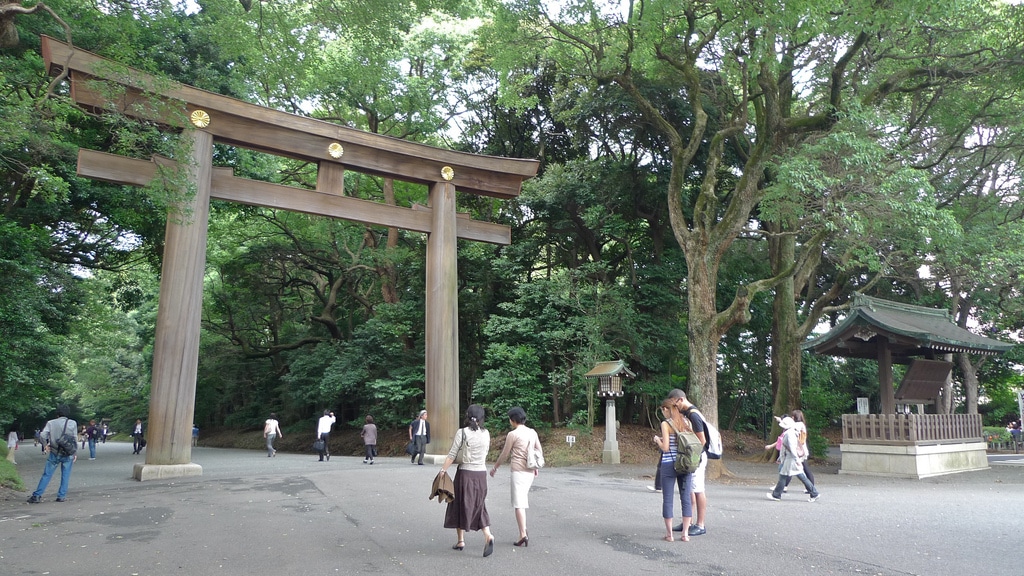 Tokyo’s urban sprawl appears almost endless when viewed from the Metropolitan Government Offices except for one oasis of green in the south. The forest here is home to the Meiji Shrine (明治神宮) which is dedicated to the first Emperor of modern Japan and it was here that I went on my first afternoon in Japan. 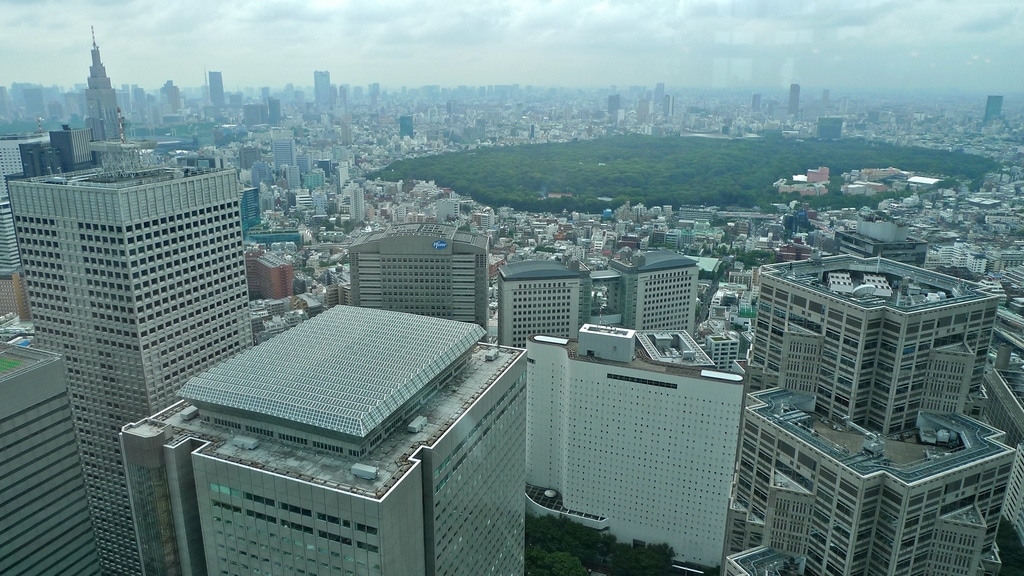 To reach Meiji Shrine take the JR Yamanote line train or metro to Harajuku which stops directly outside the entrance across a bridge. 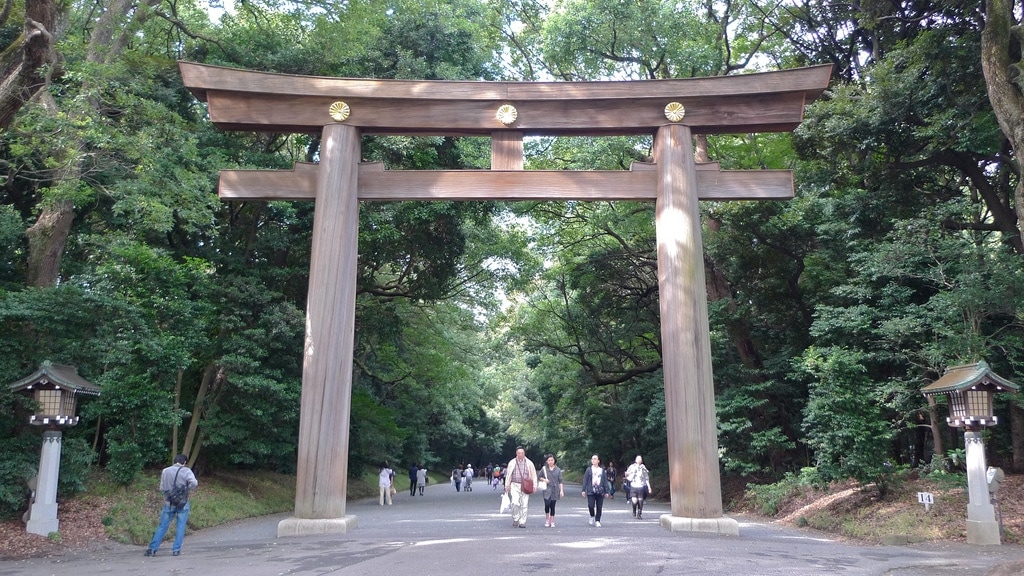 The entrance takes you through an 11-meter tall wooden torri (gate), the tallest in the country, made from 1600 year old cypress trees. The thickly wooded gravel path then winds through the lush evergreen forest until you reach the shrine’s buildings. 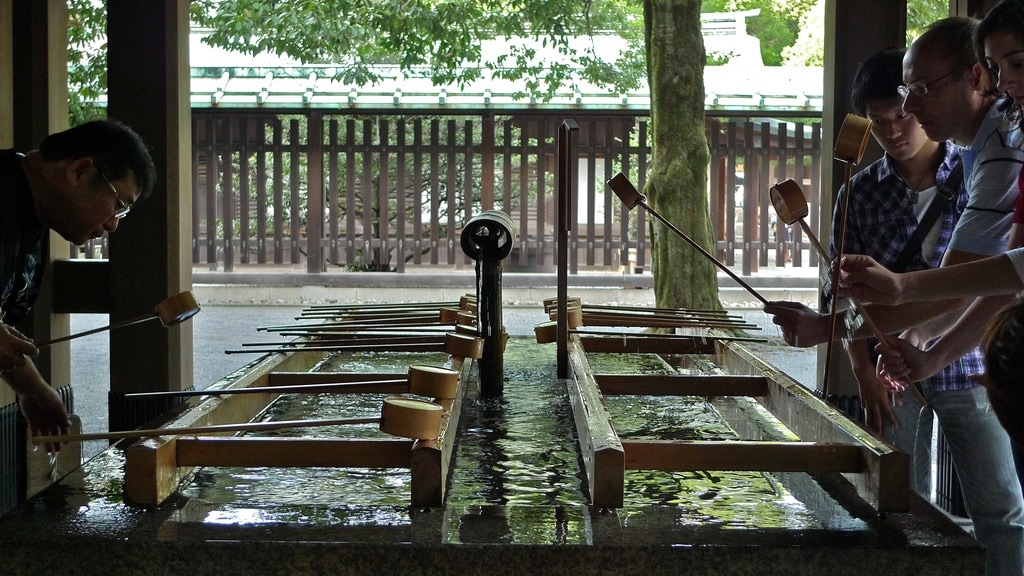 Outside the building complex is a place for ritual water purification if you so desire. 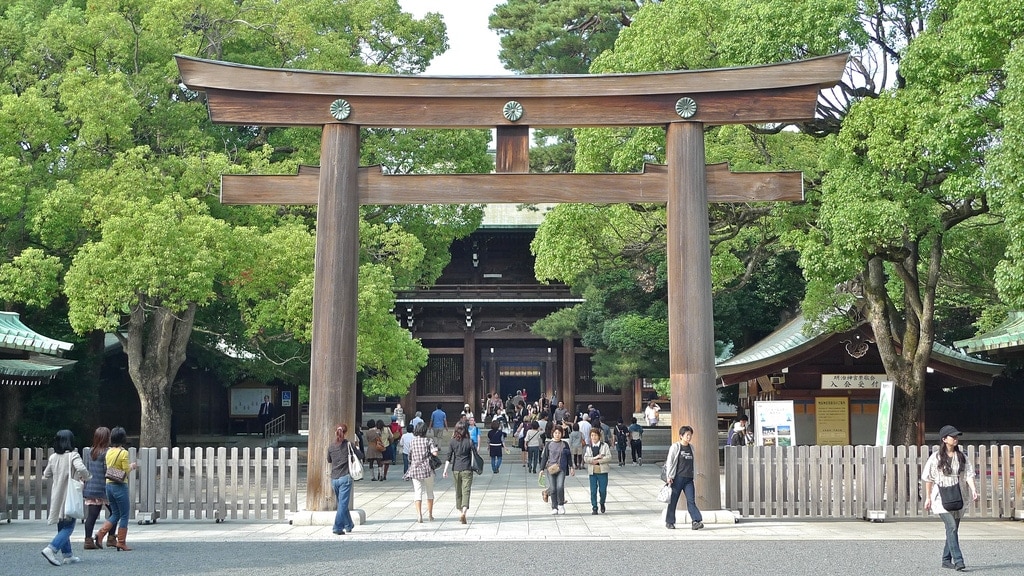 Another gate leads into the shrine itself. Wood is a sacred element in the Shinto religion and I love the way they have been left unpainted to blend in with their natural surroundings. It may be a cliché but the feeling is very peaceful and harmonious. The original buildings were destroyed during air raids in World War II but the reconstructed using authentic materials to the same design in 1958. Inside the complex you will find boards holding hundreds of individuals prayers which have been written on small wooden plaques known as Ema (絵馬). 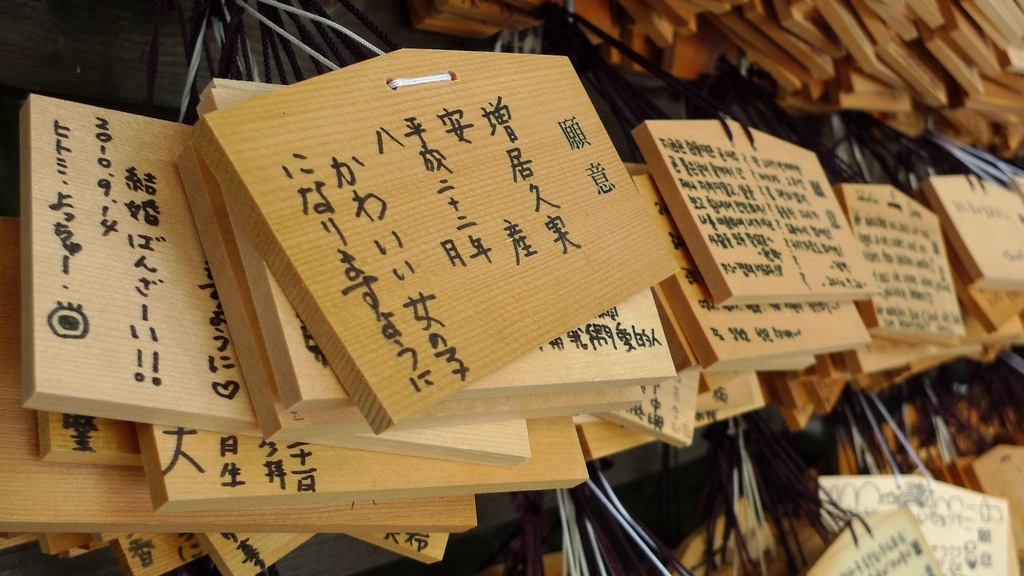 The ema are left hanging up at the shrine, where the kami (spirits or gods) receive them. Since many tourist leave their own wishes you can see them written in many languages. 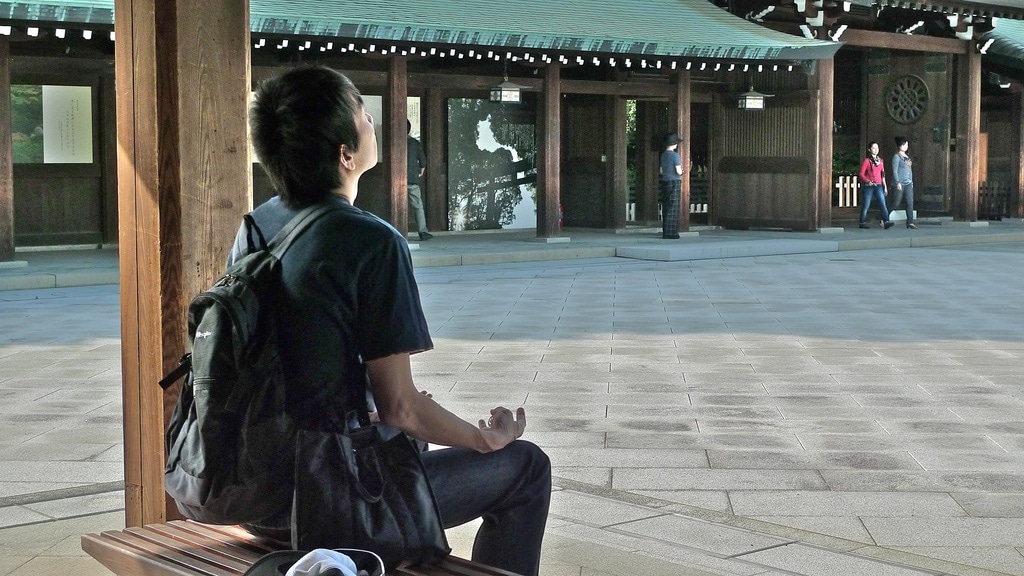 The shrine is in active use and if you’re lucky you might spot a Shinto wedding taking place. This chap looked pretty deep in meditation. 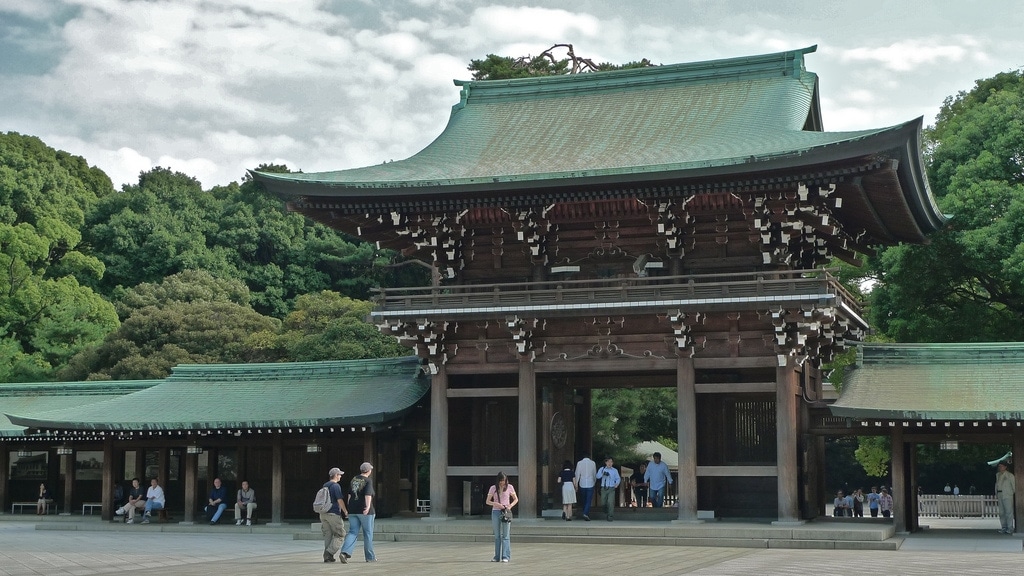 Unlike many monotheistic religious practices (e.g. Christianity), Shinto does not require professing faith to be a believer or a practitioner. People may only get involved during “life events” like birth or death. If you have time you can also enjoy wandering through the 175 acre forest which on a nice day is particularly plesent.