Harajuku (原宿) is an area north of Shibuya (next to Meiji Shrine) which is renowned as the center of Japan’s extreme teenage fashion styles where young people gather on Sundays to socialise and show-off. Unfortunately I wasn’t able to visit on a Sunday but I did wander around the adjacent shopping district and came across a few interesting places of note. 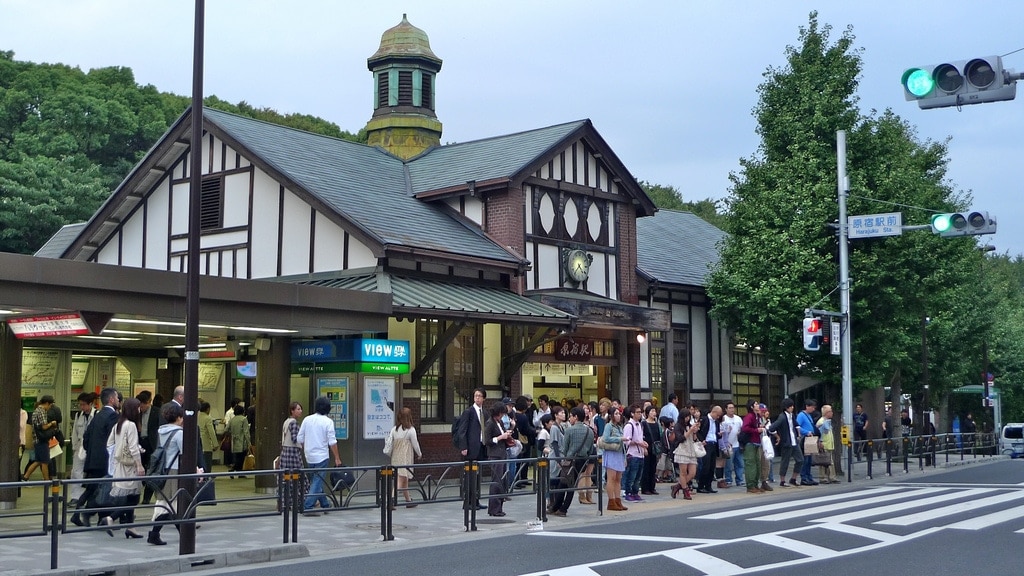 The first thing you see when arriving at Harajuku Station is the rather old-fashioned style station building which is directly opposite a huge multi-story Gap emporium. From here the street leads downhill along Omote-sandō (表参道), lined with clothing stores and cafes, and eventually reaching the upscale Aoyama district. 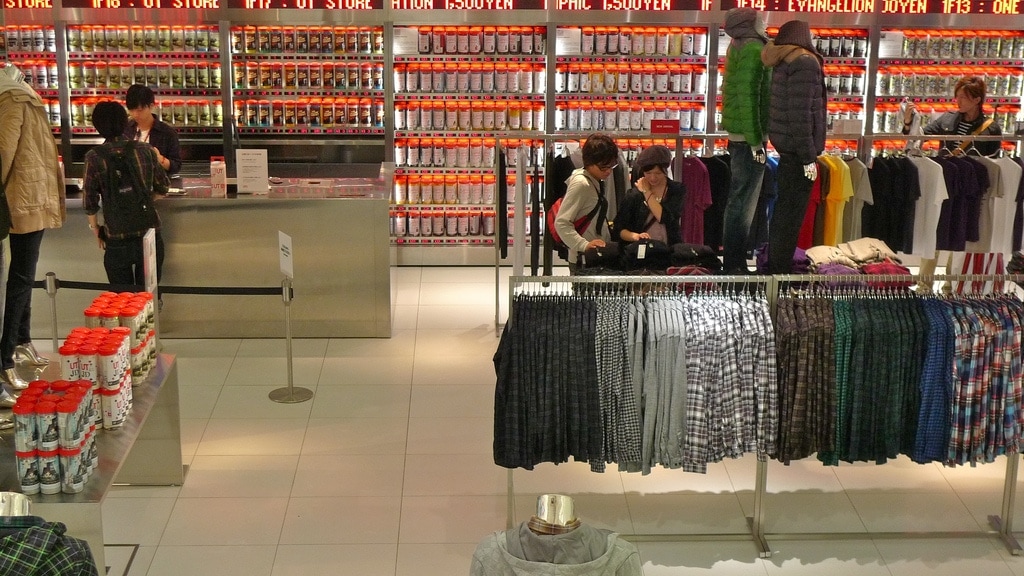 Along a side street I came across UNIQLO’s novel UT concept store which primarily sells their T-shirts. The T-shirts are contained in labeled plastic canisters which are stored on vending machine-like shelves. 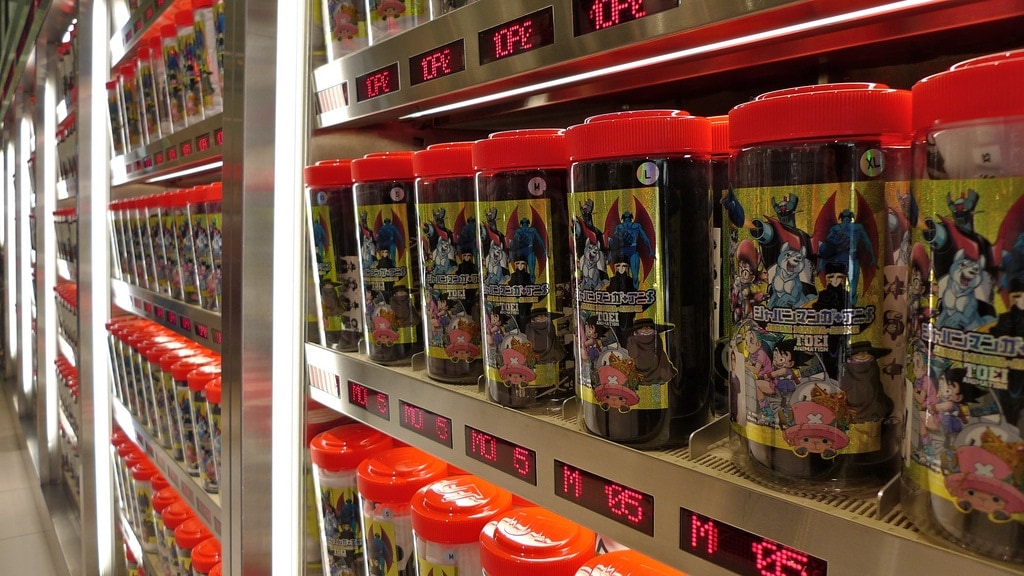 Samples are placed on racks so you can see what they look like before purchasing. The effect is extremely cool although it doesn’t seem a particularly environmentally friendly form of distribution. I hope they re-use the tubes. 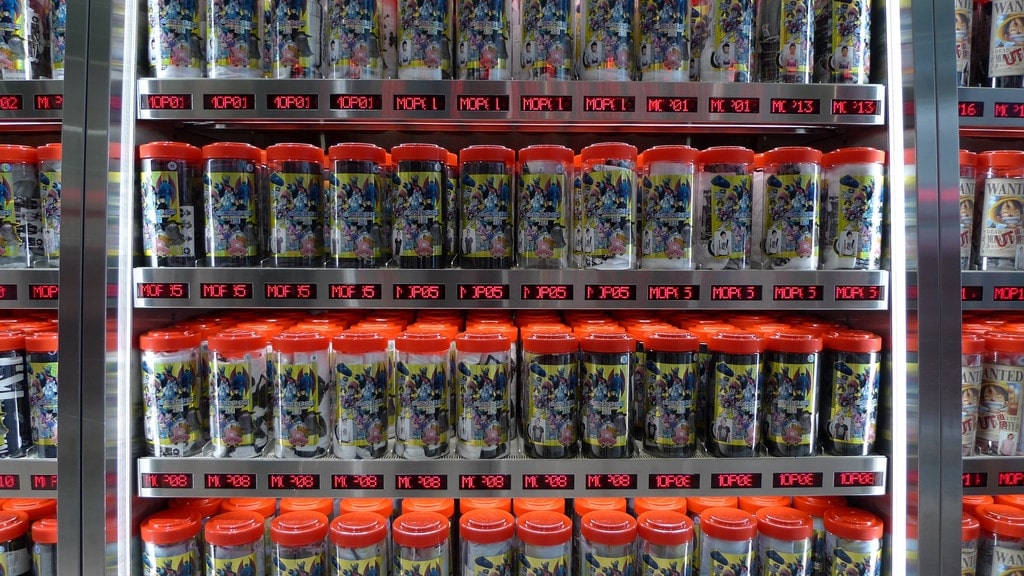 Since they started opening stores in China I’ve brought a lot of clothes from them – their basic stuff is good quality and inexpensive although I sometimes find it hard to find a good fit (I definitely don’t anthropometrically match Asian standards). 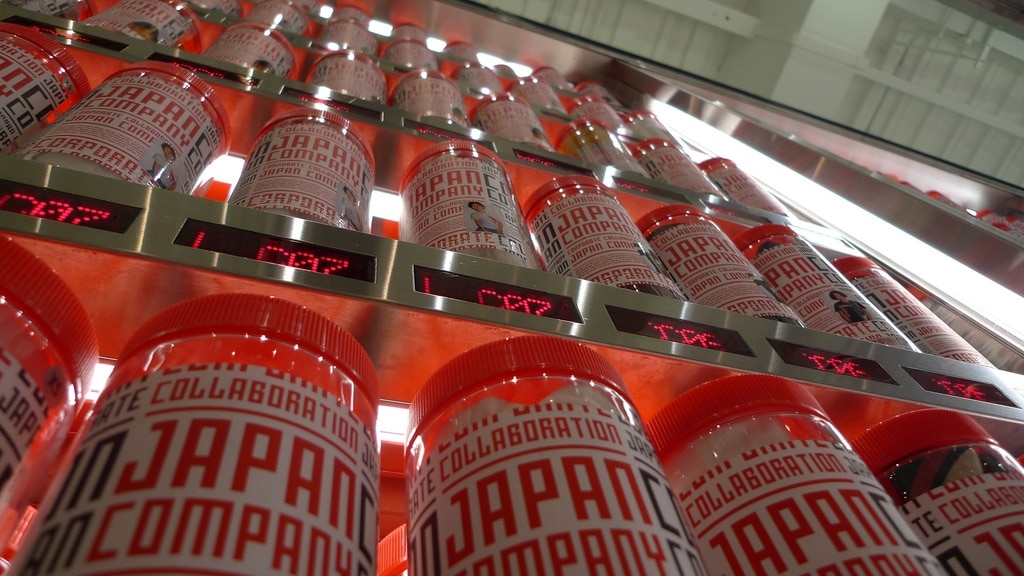 UNIQLO is an interesting case study in the way it has approached minimalist design, production and internationalization. They seem to be doing pretty well although don’t have much of a footprint outside large cities (yet). 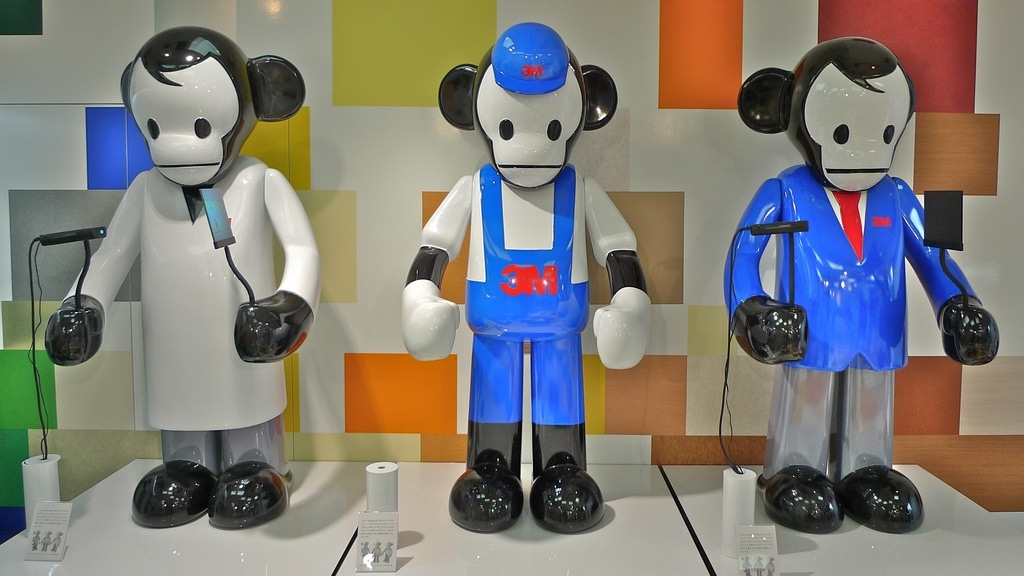 The next curious shop I came across belonged to 3M weirdly enough. It seemed to be more of a showcase rather than a purely commercial operation and was interesting to see their range of products all in one place. 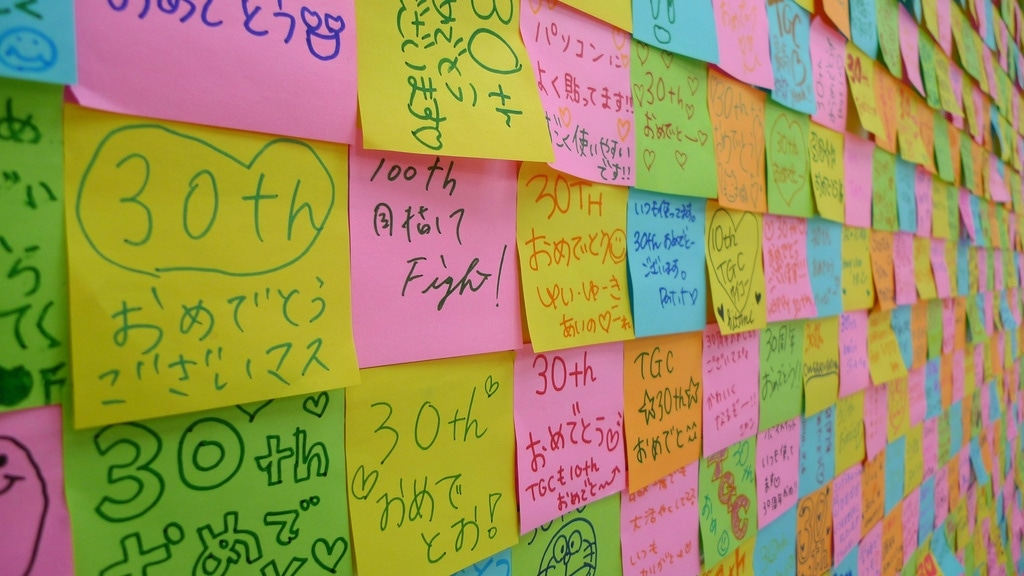 Where would the world be without Post-it notes? Stark, white, clean, ordered – exactly how I like things to be! 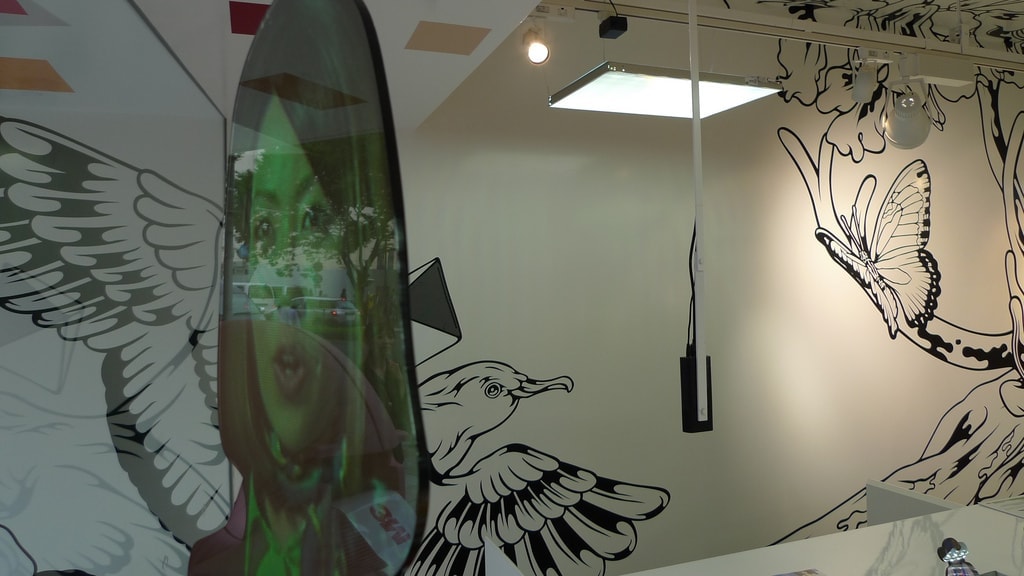 In the shop window was an interesting hologram-type device which displayed a video of a person on a thin translucent display. It was a bit hard to photograph but I think you can get the idea. Interesting tech.

The rest of Harajuku is a bit boring unless you’re a shopping-obsessed 20-year-old girl but if you’re lucky you might just come across a few gems.