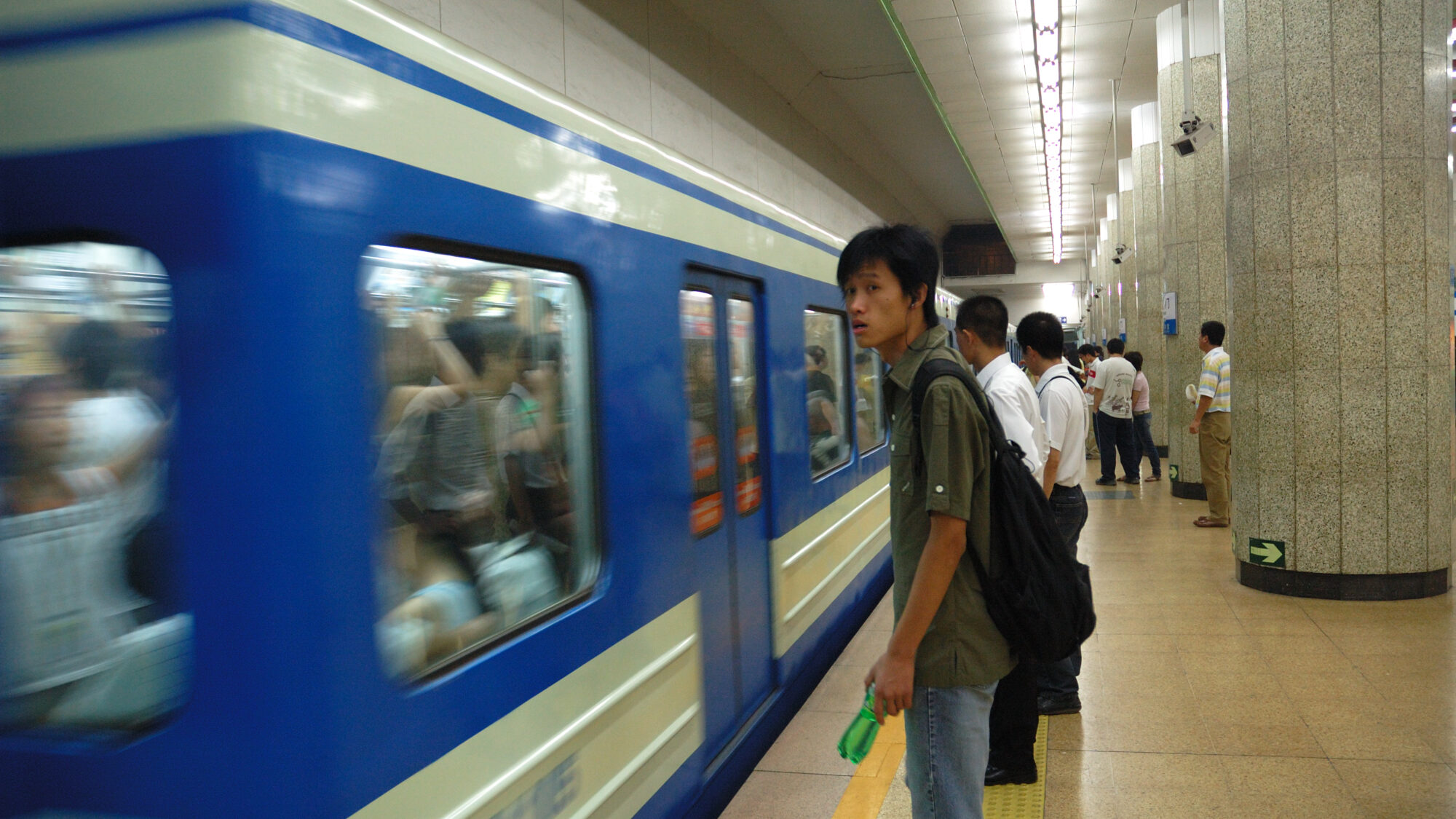 Two years have passed since I spent three months in Beijing in 2007 and it only seems like yesterday that I was writing a series of posts about how Beijing was changing in its mad dash to get ready for the 2008 Olympics. Of course, the games are long over but the city has been forever changed by its passing and on my first return two weeks ago I was surprised at the extent of the transformation. Using photos I snapped on previous visits (and a few more I found online)  I’ve put together a few comparative impressions from my fleeting visit…

Upon landing at Beijing Capital International Airport we were greeted with the all-too-familiar blanket of smog suffocating the suns light casting a grey hue over the city’s many architectural monstrosities. Whist initially depressing things cleared up for the rest of the week with almost-blue skies giving much better visibility than I ever remember in the past. A wander through the Forbidden City and up the hill in Jingshan Park visibly confirmed this:

What was an invisible haze in early 2008 is now a beautiful vista in 2009. Whether it would be like this every day is another matter but with this sort of view, the imagination runs wild. I quite fancy the job of Emperor if it comes with a palace like this!

Aside from the much-improved view, the restoration work has now been completed on the centrepiece of the Forbidden City. I hesitate to use the word “restore” as it’s not so much preserving the original as it is replicating and rebuilding to reproduce the original look which is a sad reflection on China’s obsession with new being good and old being bad.

As for the traffic – it’s just as bad, if not worse than it ever was. Taxi drivers are still rude and unhelpful.

When climbing the Great Wall at Mutianyu previously there was a certain point at watchtower 20 where you could go no further due to the deterioration of the wall (and a man stationed to stop you!) but over the past year they seem to have done a big restoration effort and are opening up further sections:

I didn’t have time to climb the new section but it looks exciting. The nice part about Mutianyu is the relative lack of people compared to Badaling which is the main tourist site being closer to Beijing. The quickest way to get there is by bus from near Xuanwumen subway station.

The Beijing subway used to be somewhat of a groaning monster under the streets which was neither comfortable nor convenient to use and invariably overcrowded most of the time. This has mostly changed with the advent of an automated ticketing system, new/refurbished trains and additional lines to ride on making the city much more accessible. There are still too many people but this is more bearable now that the trains have working AC:

Weirdly they are still insisting on scanning everyone’s bag as they enter the station which seems more of a token act than a real security precaution. It’s almost like nobody has told them the games are over or that now ticket-checkers are no longer needed that the staff have been blindly given this job to keep them employed. Whatever the reason it’s a bit of a hassle and bottleneck.

The saddest part of my trip was seeing the newly rebuilt Qianmen street that has taken the place of some fascinating old hutongs which have been almost totally destroyed. I’ve written about this specific act of cultural vandalism before so I’ll try not to repeat myself but it makes me feel quite sick at what they’ve done. 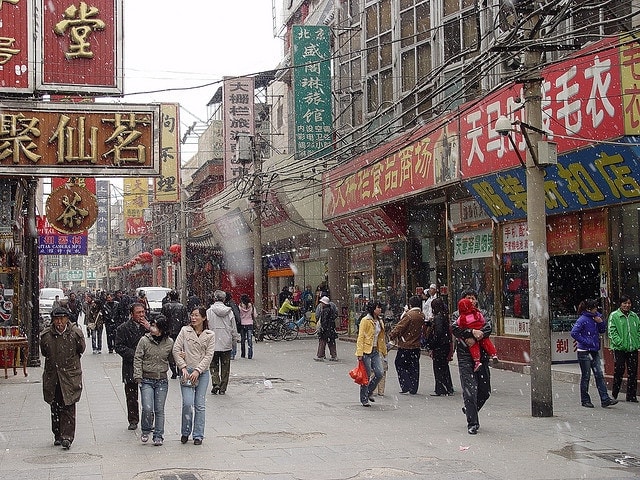 ..the processes of stripping a real place or event of its original character and repackaging it in a sanitized format. References to anything negative are removed, and the facts are watered down with the intent of making the subject more pleasant and easily grasped. In the case of places, this typically means replacing what has grown organically over time with an idealized and tourist-friendly veneer…

I know which one I prefer.

Beijing is undoubtedly a more modern and easier city to navigate for all its recent changes but in the process of modernisation, a big part of the old China has been lost to be replaced with something frankly more generic and fake which is a big pity. I only hope that the country can wake up to saving what it’s got before it’s all lost.