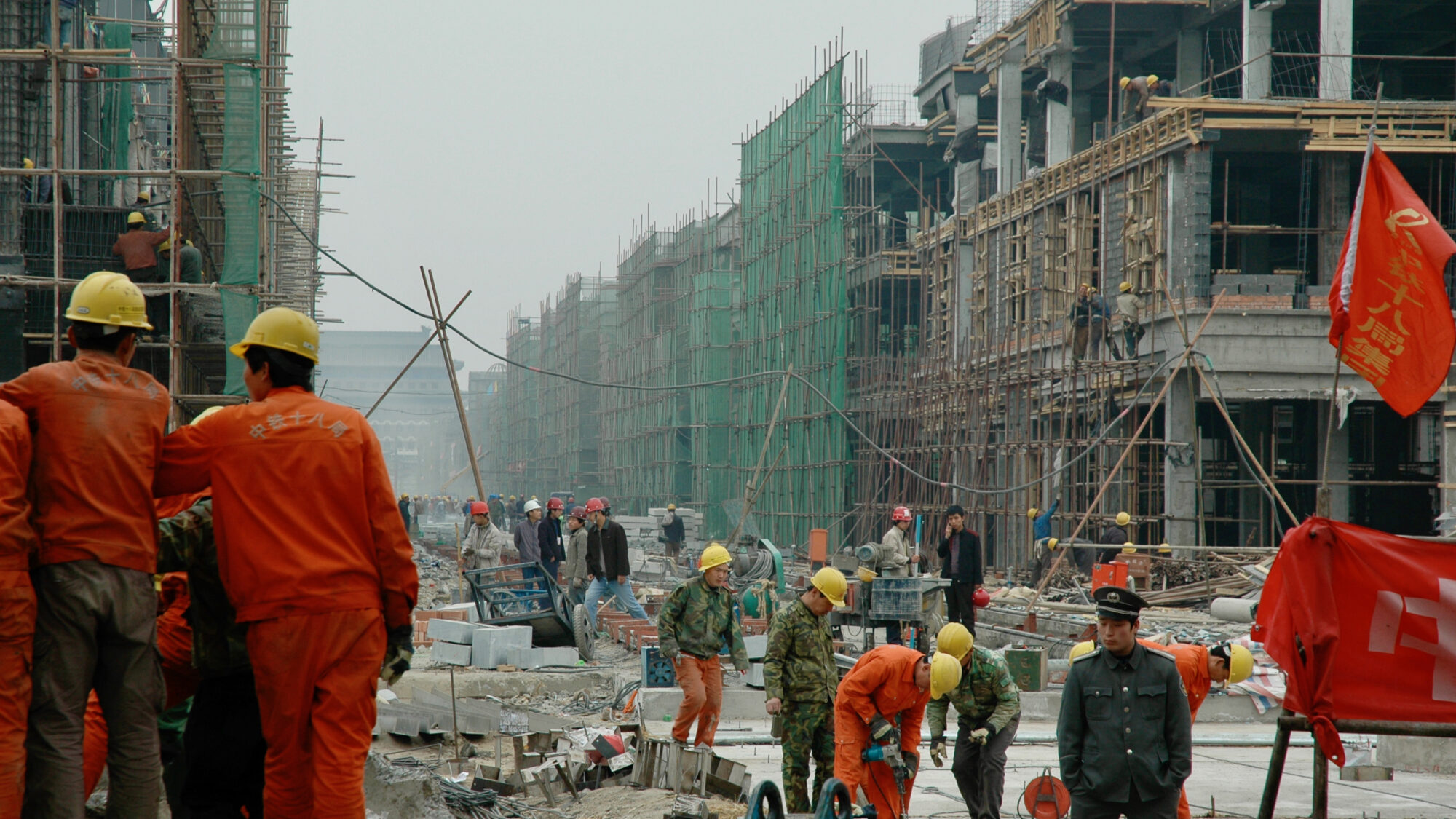 Throughout the world, there have been countless instances where irreplaceable pieces of history have been flattened in the name of progress only for future generations to look back and wonder how their forbears could have been so short-sighted as to destroy that which was their last connection to the past.

With China developing at an unprecedented rate nowhere is the mantra of “out with the old, in with the new” more visible, especially in Beijing where many of the dynastic treasures lie. Whilst the government may be going to great lengths to preserve and promote the tourist honey pots it’s the less obvious treasures of ‘old’ Beijing that are at risk of disappearing and with them an important part of China’s heritage.

The pictures above and below show the rapidly developing new face of Qianmen, just south of Tiananmen Square, almost entirely demolished under the “conservation” plan and its occupants removed to make way for an idealised version of its former self in what can only be described as Olympic vandalism of the most senseless form. Unique local merchants are being replaced with international designer brand names to create a disneyfied version of China (supposedly in the Ming-era style) with about as much character as a meeting of the communist party.

This urban renewal also takes its toll on the communities who have lived within the remaining enclaves for generations and are being uprooted to make way for a world that is as foreign as it is Chinese; herein lies the tragic irony, mirrored across this vast land of conflicting extremes. I was particularly dismayed to see some of the fascinating hutongs which I visited last year had been bulldozed and their former inhabitants now banished to the history books (or in all likelihood cheaply built tower blocks on the city outskirts).

Further along from Qianmen lies the Beijing Natural History Museum, famed in The Rough Guide To Beijing for its grotesque display of pickled human corpses. Whilst the appropriately named “Room of baddies” is still shown on the English language guide map the human remains are no more; as with everything in this city of change they too have fallen victim to this latest round of cultural cleansing.

Above, a video from the Hard Hat Show documenting the destruction of a 600-year-old temple, yet another casualty in Beijing’s ever-shrinking hutong neighbourhoods.