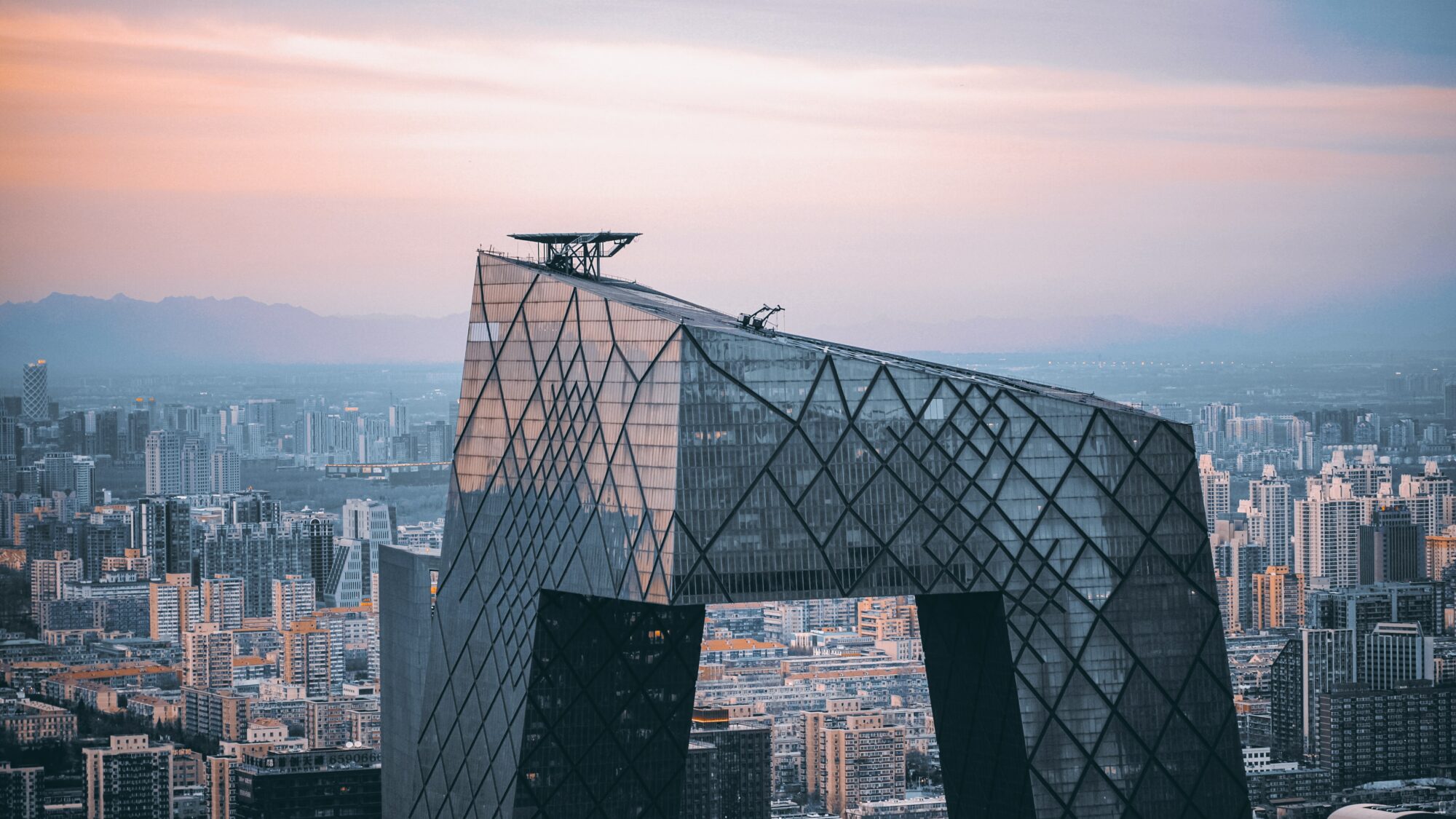 Beijing is perhaps the largest construction zone in history, with thousands of new projects under way. Once a flat cityscape dominated by the imperial Forbidden City and monumental but drab public buildings, Beijing has been struck by skyscraper fever. Over the past 30 years, China’s economy has averaged nearly 10 percent annual GDP growth, driven by the marriage of world-class technology with a vast low-cost workforce. That same dynamic has turned China into an architects’ playground, first in Shanghai in the 1990s as its skyline filled in with high-rise marvels, and now in Beijing, which is building at a mad pace in preparation for the 2008 Summer Olympic Games in August.

Beijing’s newest buildings push aesthetic and technological bounds, each outshimmering the last. Most major projects have been designed by foreign architects: Chinese clients crave innovation and hunt beyond China to get it, says American architect Brad Perkins, founder of Perkins Eastman in New York. During Mao’s Cultural Revolution, architects were more technicians than artists (even the term architect was considered bourgeois), and private architectural firms were a rarity until a decade ago. “By turning to foreigners like me,” says Perkins, “the Chinese are buying 30 to 40 years of experience they didn’t have.” Here are some of the architectural marvels you can sight in this incredible city of change:

National Centre for the Performing Arts “The Egg”

The cause of much controversy for its situation right next to the Great Hall Of The People, the $360 million egg-like structure is built from titanium and glass sitting on a shimmering artificial lake with an underwater entrance. The centre contains three main halls for opera, music and theatre with a capacity of 6,500 people. Built in just four years at a cost of $3.6 billion, T3 opened last month and boasts the title of the world’s largest airport building with more than a million square meters of space designed to accommodate 50 million passengers a year by 2020. Construction also included a badly needed high-speed rail link to central Beijing, cutting journey times from around an hour by taxi to 18 minutes. More info & pics. 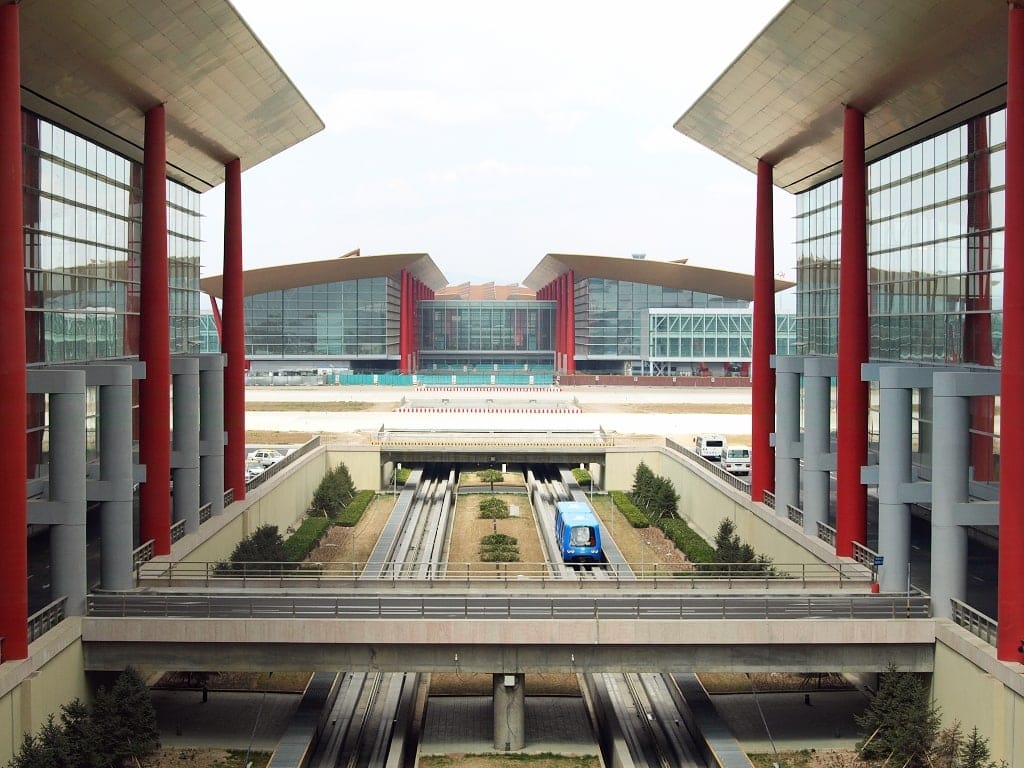 Possibly the most impressive construction to arise out of the boom so far is the main National Stadium, suitably nicknamed the “Bird’s Nest”. Wrapped in a seemingly random lattice of twisted steel, which acts as an exoskeleton for the interior, the 91,000 seat stadium certainly justifies its $500 million price tag.  Designed around the “randomness of nature” it took over 7000 migrant workers to construct – no doubt this will go on to become an icon of modern design and the centrepiece of this year’s Olympics. Standing right next to the National Stadium is the Aquatics Centre resembling a giant water cube made up of interlocking synthetic foam bubbles/cells (ETFE membranes). Seating up to 17,000 people the centre has three pools and cost around $200 million to build. Amongst many eco-friendly innovations, the translucent walls absorb solar radiation and minimise thermal loss thus reducing energy consumption by as much as 30%. It looks particularly spectacular when lit up at night. 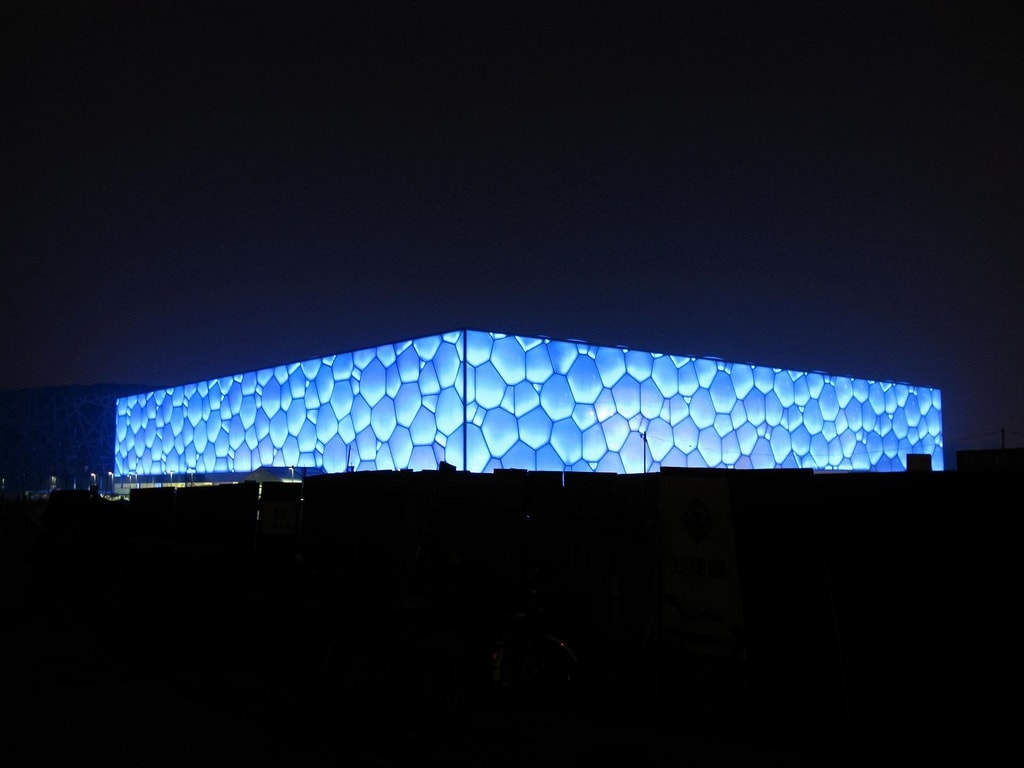 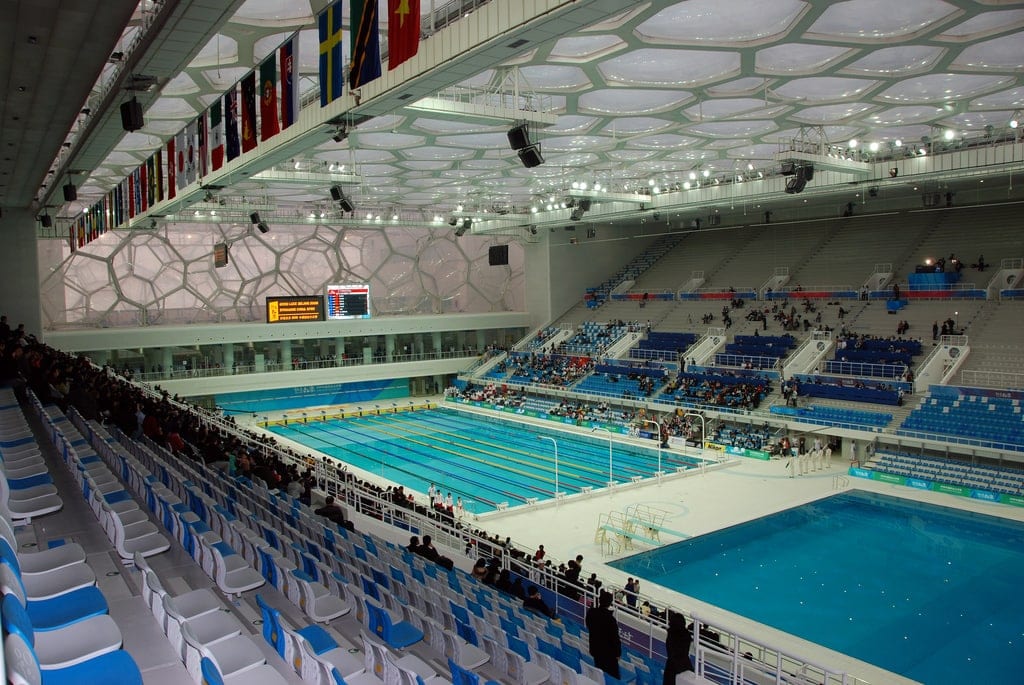 Located in Beijing’s Central Business District (CBD) the construction of CCTV’s new $750 million HQ is hastily nearing completion. Seemingly defying gravity the two inverse ‘L’ shaped towers rise out of the ground at an alarming angle leaning towards each other and then link at the top and bottom in a ‘Z’ criss-cross. If this wasn’t a challenge enough already the building must also be able to withstand significant seismic activity which the whole of Beijing is prone to. 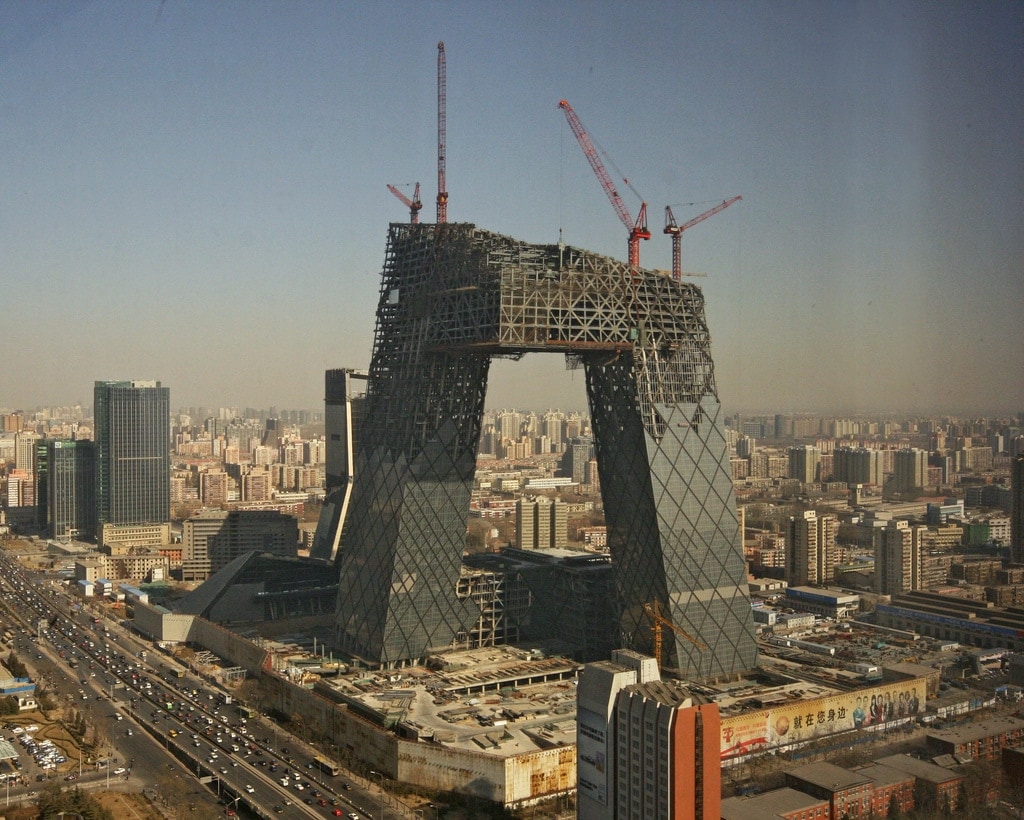 Bearing an eerie resemblance to the design of the former twin towers in New York, Tower 3 of the World Trade Centre is the tallest skyscraper in Beijing at 330 meters with 73 floors. To service its full height requires over 30 elevators and will feature a hotel, a number of retail and entertainment venues as well as office space. Tourists will be able to get a good view (on pollution-free days) from the observation deck at the top. Perhaps not the most inspiring of buildings but certainly adds a focal point to the skyline of the CBD. 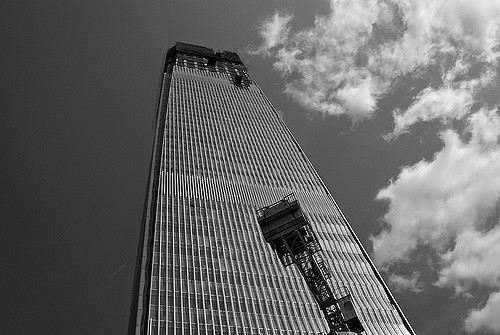 Possibly the most Avant-guard of all the structures featured here, the MOMA Linked Hybrid is the only one designed as a housing development. Consisting of eight towers linked together by a suspended walkway the complex provides 700 apartments and recreational areas at different multifaceted spatial levels. As well as being unique in appearance the project also utilises geothermal cooling and heating systems by circulating water from deep underground. It effectively forms a city within the city and has been called “an ultra-modern expression of 21st Century ecological urban living”. More info & pics. 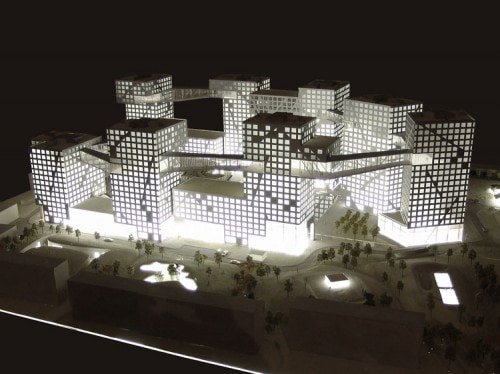 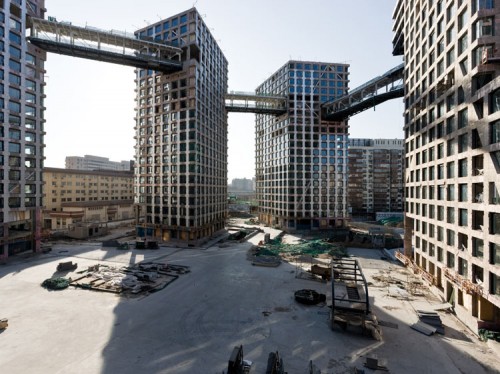 Others Worth a Mention
SOHO Shangdu
The Digital Building
Xihuan Plaza
Any others I’ve missed?

Whatever your opinion of China or the taste of these buildings there is no doubt that there are no holds barred in China’s relentless rise and quest to be the biggest and the most powerful regardless of whether that image supports the reality. Beijing isn’t just reinventing itself as a showcase for the Olympics but as a global city which will undoubtedly play a massive role in the future ahead.