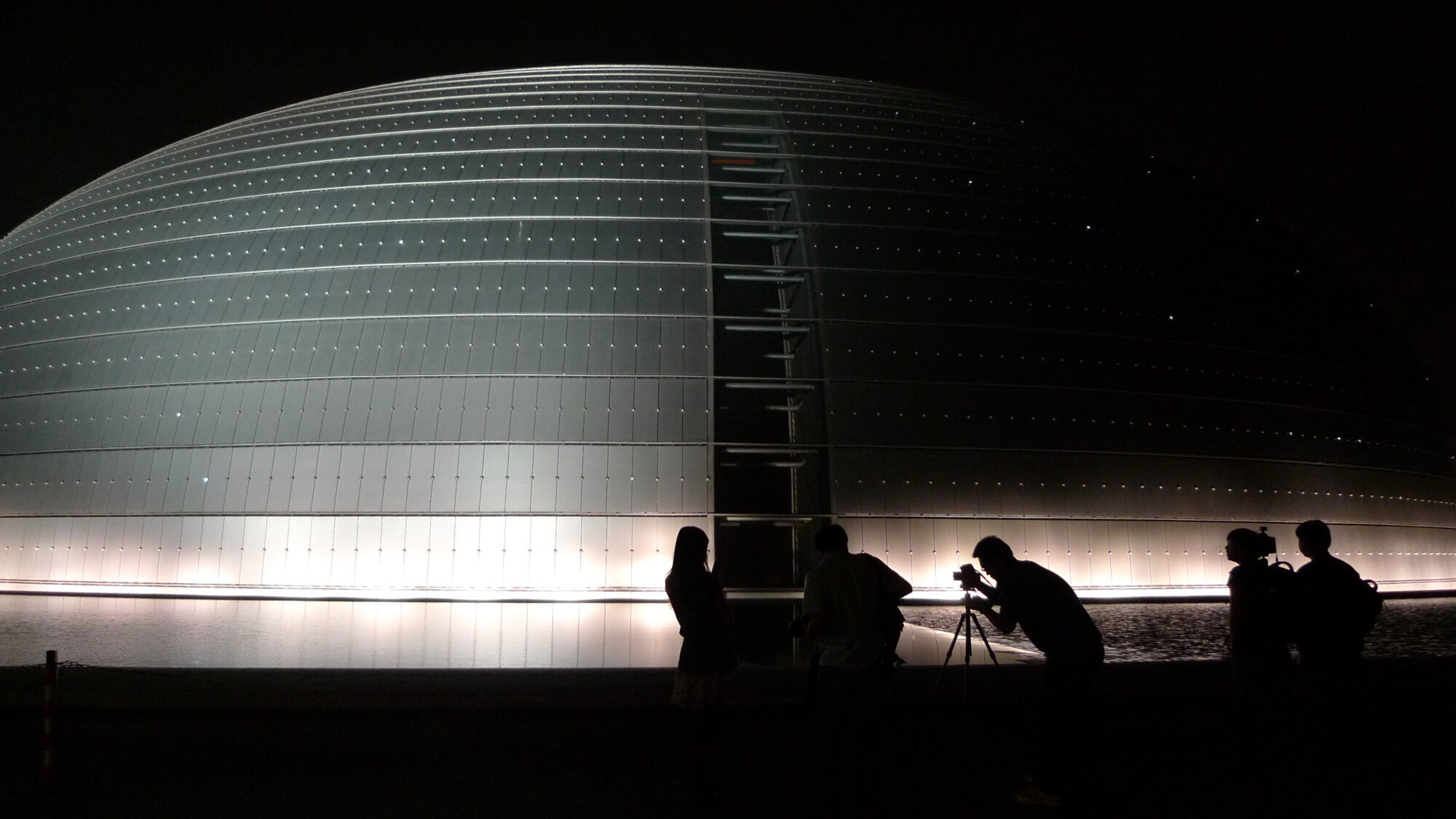 In my last post from Beijing (for now) we take a trip to a remarkable new landmark floating behind the Great Hall of the People, colloquially known as The Egg, which houses the National Centre for the Performing Arts. At a cost of 3.2 billion CNY, this was no cheap egg to lay and indeed caused much controversy given its location next to some of China’s most holy of holy sites (Tiananmen Square and the Forbidden City are also next door).

Seen here beautifully lit up at night I stumbled across it almost by accident when its shimmering titanium and glass surface caught my eye at the end of the street near where I was staying. As if a UFO had just landed in the middle of an old hutong it does look rather out of place and locals complain that it’s upset the feng shui of the area. When viewed from the hill in Jingshan Park you can see why… 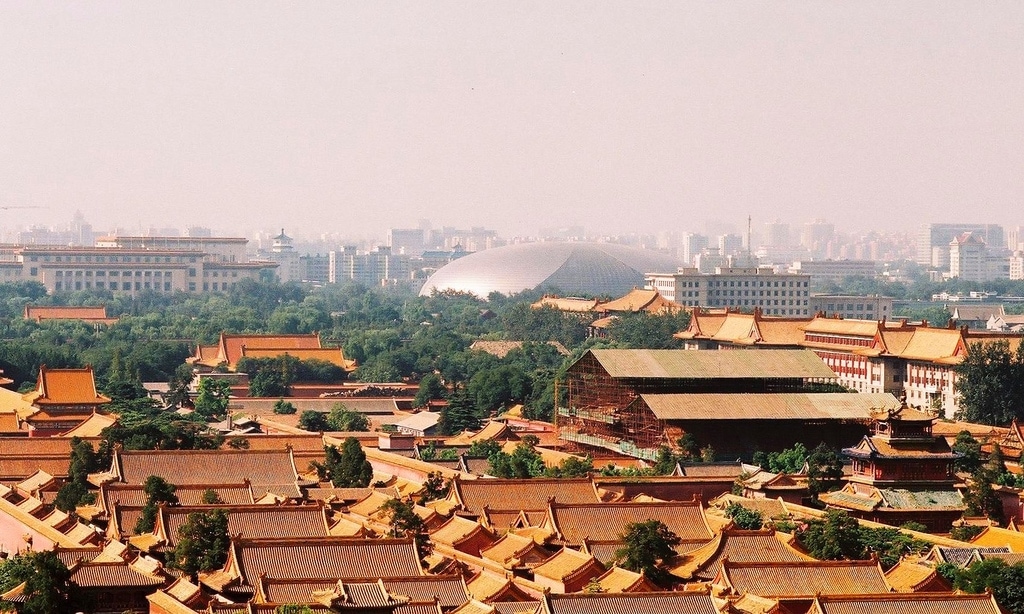 Sitting in the middle of an artificial lake, it has been described by the French architect Paul Andreu as “a cultural island in the middle of a lake” and despite its aesthetic incongruity, it’s a spectacular structure. Access to the interior Opera, Music and Theatre halls is made possible via an underwater walkway which I was unfortunately unable to enter at the time (a guard said “no” rather abruptly as I approached) but is supposedly as impressive on the inside as it is out.

Like so much in China old and new exist in an uneasy sort of harmony which smacks of having a deep identity crisis (or perhaps just bad taste). Beijing has both benefited and suffered from being a foreign architects playground with many examples of hits and misses. I’d call this an awkward hit but possibly misplaced in its location. It will probably never be the icon that the Sydney Opera House is but will undoubtedly serve its purpose admirably.