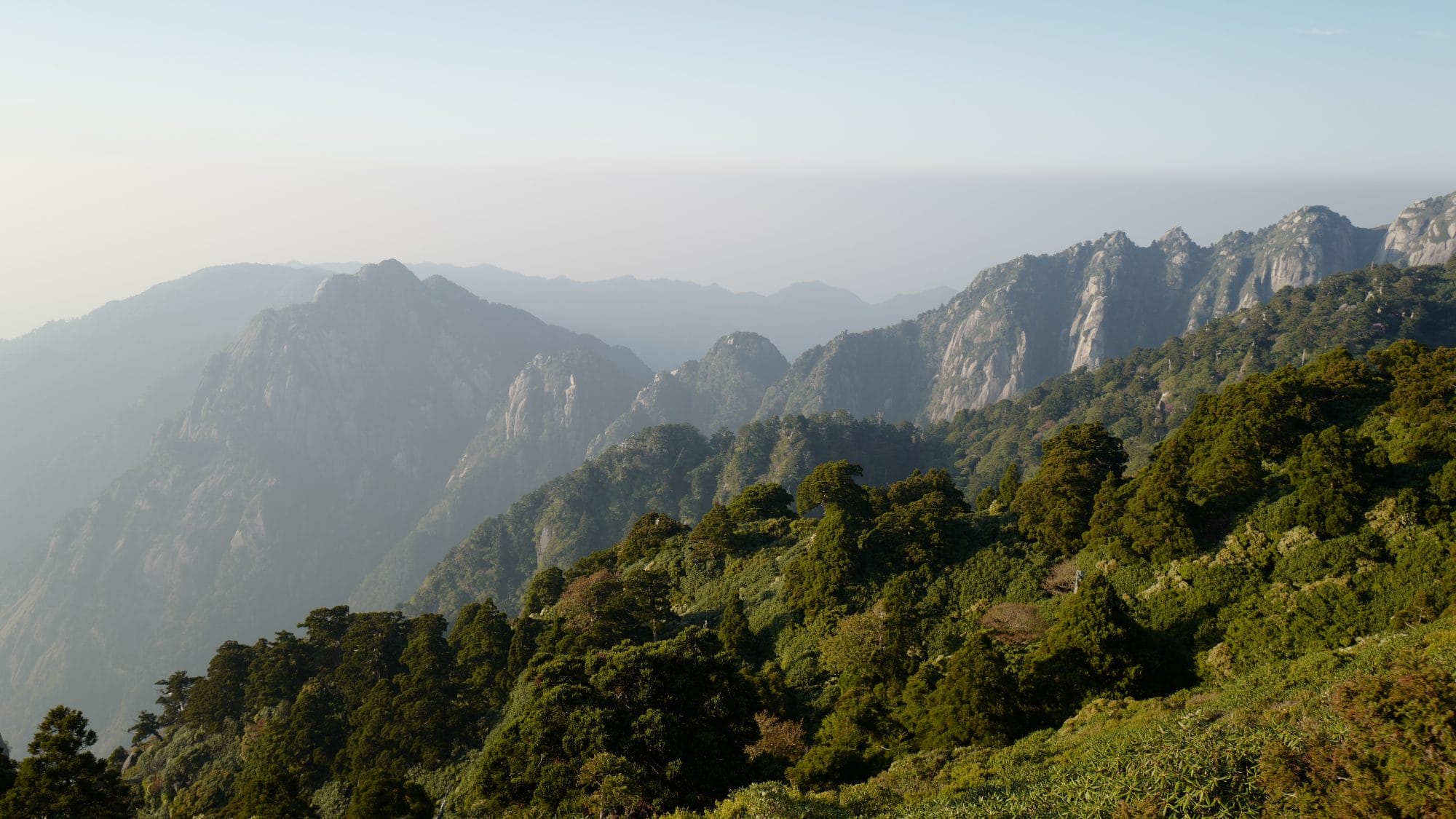 During Golden Week this year, we travelled to Yakushima (屋久島), a small subtropical island off the southwestern tip of Kyushu. Getting there required taking a flight two hours from Tokyo to (鹿児島市) and then a ferry two hours to the island.

With a population of only 14,000, Yakushima is covered by an ancient cedar forest with trees over 1000 years old affectionately called yakusugi (sugi is the Japanese word for cedar). A large chunk of the island is designated as a UNESCO World Heritage Site.

After spending the first night in a wonderful cottage built from local cedar, we set off for a hiking trip through the interior of the island which turned out to be particularly memorable (think Jurassic Park but with leeches instead of dinosaurs).

In the morning we took the 9.16 am bus from Gochomae (stop no. 62) up the snaking mountain road to Kigen-sugi (stop no. 72), arriving at 10.19 am. The bus stop is named after a 3,000-year-old tree which sits majestically beside the road. We at its towering presence, struggling to imagine how the world might have looked when it was in its infancy.

1.7km up the road the hike starts from Yodogawa Trail Head (1,360m). The well-maintained trail runs gently uphill and within 30 mins we had reached Yodogawa Hut (淀川小屋). Here a bridge crosses a shallow river and to our we spied a lone deer walking in the crystal clear water, above which half a dozen monkeys were frolicking in the trees (and occasionally falling in!). It was like something out of a nature documentary and we watched quietly for 10 minutes.

Further ahead, the tree cover eventually broke and we were above to look down over the lush canopy with a huge diversity of different trees and plants pockmarked with huge boulders, quite unlike any other forests I’ve seen in Japan before. One rock formation looks like a stack of sliced tofu!

At 1.30pm we reached Hananoego (花之江河) (1,630m), a flat peat marsh where we stopped to heat up lunch; curry risotto rice which we ate wrapped in tortillas. With perfectly blue skies it was hot enough to require sun cream but not uncomfortable to walk in.

The trail continued gently over and between a number of successively higher peaks until we reached the top of Mt. Miyanoura- (宮之浦岳) (1,936m), the highest point on the entire island. From here we were rewarded with a hazy view of the island surrounded by endless ocean. We were also afforded a view of the final peak we’d have the pass over before reaching our campsite for the night. From a it looked rather formidable.

Dipping down to Yakeno-san- (焼野三叉路) (1,784m) we reached a fork where most hikers head east towards the oldest and largest cedar tree on the island called Jomon-sugi (縄文杉). Since this was on our agenda for later in the week we continued straight ahead, pausing only to fill our bottles up with water from a nearby spring.

The terrain leading up to Mt. Nagata- (永田岳) (1,886m) undulates repeatedly and since the ground is soft, deep channels have been eroded where the path runs making the going a little arduous. With our energy levels running low, we tripped over a few times but were pleased to find the accent much earlier than it had looked earlier and reached the top around .

The point at which the sea meets with the sky created a rather interesting halo effect in the golden sunlight of the dying day but we didn’t stop for long since we were keen to set up camp before nightfall. Our progress was hampered by the route which was in a poor state of repair and tough to navigate on weary legs.

We reached Shikanosawa Hut (鹿の沢小屋) (1,550m), which is unmanned and more of a hovel than anything else. Behind it is a stream and beyond that is a small clearing with enough room for a few tents. We were the last to arrive and quickly got set up before cooking some dehydrated chilli for dinner as the .

Once the light was gone, the temperature quickly dropped and so we got straight into our sleeping bags. Unfortunately, hikers in Japan have a habit of getting up absurdly early in the morning and I think the first clocked out around 2.30 am followed by others every hour thereafter. How on earth they manage to walk safely in the dark I don’t know.

Yakushima is famed for its “35-days of rain” per month and, poking our heads out of the tent at , it soon became clear we were about to experience this for ourselves.

After a quick breakfast of we packed everything up and were walking down the Nagata Trail by 6.20 am. We wanted to catch the 3 pm bus beside the coast and knew that a difficult hike was ahead, hence the early start.

“Difficult” turned out to be a massive understatement. “Grueling” and “painful” would be better adjectives for the trail which was unrelenting in every respect.

The trail is entirely under thick tree cover and is constantly weaving in and out of gullies meaning we soon lost all sense of direction. While pink ribbons have been tied to trees to keep you on the path, it’s pretty easy to miss a turning and we had to double back multiple times to correct course.

Walking in the rain over wet rocks and leaves made every step a hazard which led to multiple falls, luckily none serious. Worst of all, as well as being soaked from head to toe, we were both prayed upon by nasty little leeches which silently tried to suck us dry. Not a pretty sight.

Amazingly we managed to reach the trail bottom at 2 pm, passing only one other lunatic on his way up the entire time. It was a 1-hour walk from there to the bus stop and we walked like our lives depended on it. A wrong turn at the start meant we lost 15 minutes but we still managed to make it just in time. The sight of a bus has never been so welcome.

After travelling 1.5 hours clockwise around the coast we stopped in Anbo to pick up luggage that we’d left in a locker and tuck into some hot food at Mos Burger.

We then caught the next bus continuing clockwise until we reached Ananda Chillage (book on Airbnb), where we stayed the night. Our hosts, Miki and Shinji, were super kind in helping us dry out our tent and wash our clothes.

In the morning we enjoyed a delicious breakfast of local vegetables and freshly baked bread, after which we took a yoga class in the adjoining studio. It was the perfect respite to ease our aching legs!

If you’re interested in hiking in Yakushima check out this map which shows most of the key routes. For basic camping supplies and somewhere to store extra luggage while you’re hiking, Morinokirameki near the ferry port is very convenient.