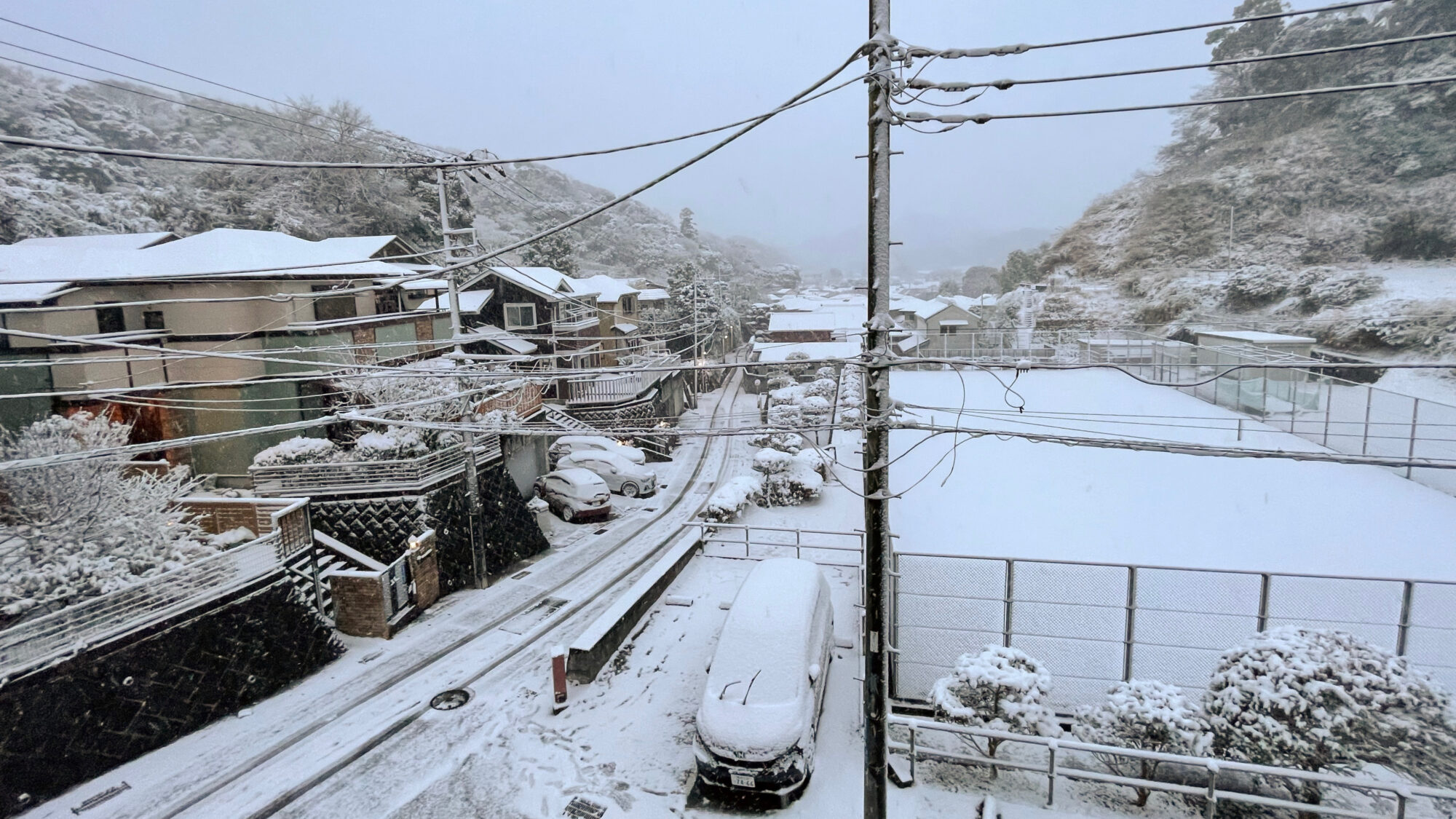 2021 was another year of isolation for Japan and we were at home for most of it in Kamakura. That’s not to say it’s a bad place to be locked down, quite the opposite! We’re blessed here with hills to hike and the beach for watersports, both of which we took full advantage of.

While some diehard windsurfers carry on through the winter, we hung up our wetsuits mid-November. We made good progress in 2021, progressing from the beginner to intermediate class, although still have a way to go until we can zip around in conditions like in the video above.

Autumn was as glorious as usual though arrived somewhat later than usual. We didn’t visit anywhere specifically to view the leaves this year, but enjoyed the vibrant colours in our local neighbourhood.

We had a single day of heavy snow in early January which provided some new year’s excitement but showed how woefully insufficient the insulation in Japanese houses is. The cold snap was short lived and the snow melted by the middle of the following day.

While the hills around where we live aren’t extensive enough to support big animals like deer or wild boar, there are plenty of Japanese raccoon dogs, known as tanuki (狸) living wild. They are mainly nocturnal but once in a while we’ll spot them prowling the streets.

Within Japanese folklore, tanuki are reputed to be mischievous and jolly, masters of disguise and shapeshifting but somewhat gullible and absentminded.

Exploring a new hiking route towards Zushi (逗子市), we stumbled upon the perimeter of a U.S. military base. It turns out Yokosuka naval base lies nearby and is the source of the noisy aircraft that frequently fly over our house.

Although Japan doesn’t celebrate Christmas or Chinese New Year, we still put up lights for the former, and banners on our front door for the latter. I think our neighbours enjoyed the novelty!

We also got our fair share of fabulous sunsets and one of these days I must go along the coast to try and capture one with Mt. Fuji in the background.