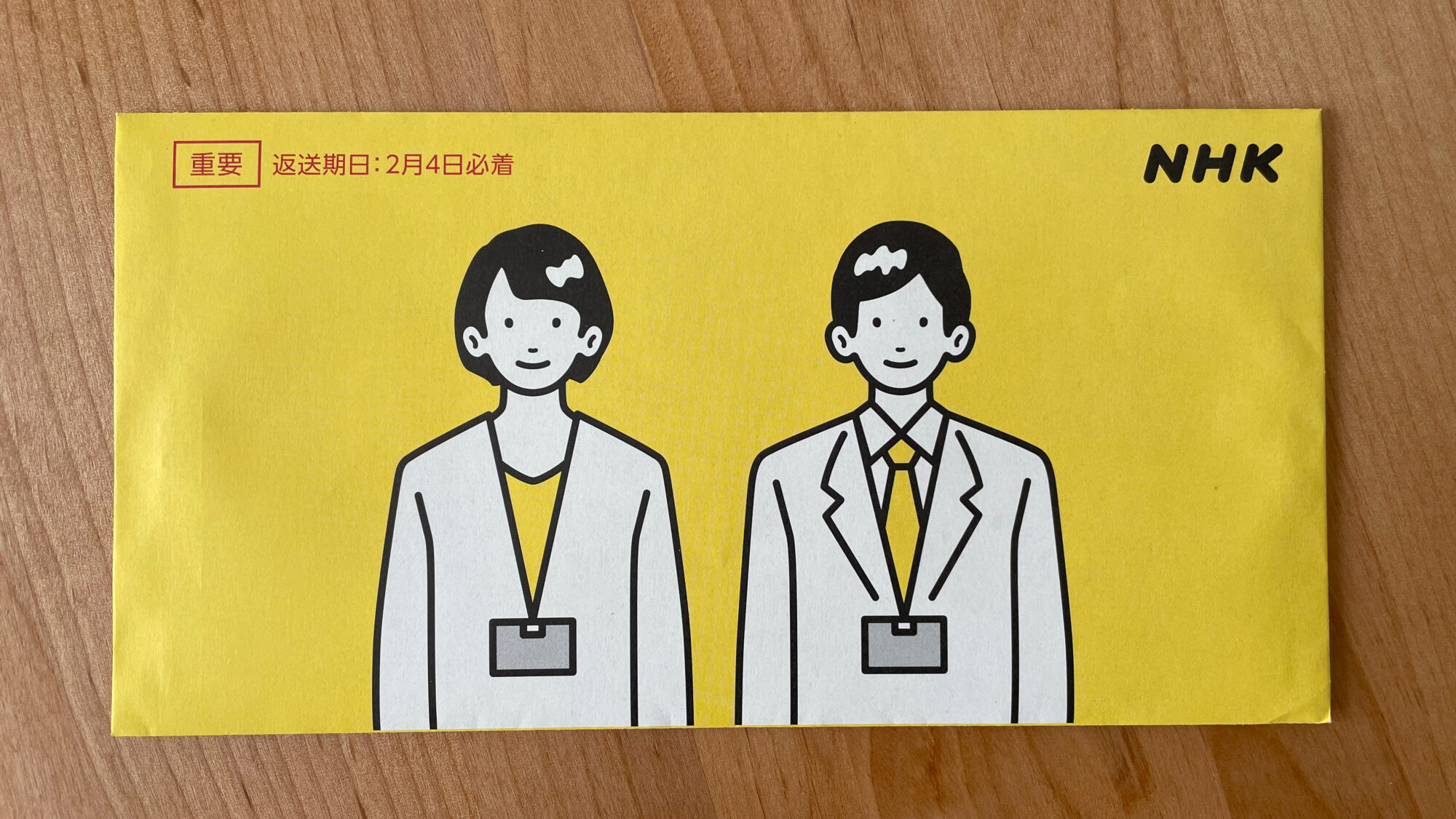 NHK (Nippon Hōsō Kyōkai), is a Japanese government-owned public broadcaster.  Much like the BBC in the UK, NHK is funded by a controversial “receiving fee” that is supposed to be paid by every Japanese household.

Miss Takai, I am here to collect your NHK fee. That’s right, good old NHK. I know you’re at home. No matter how much you try to stay quiet, I can tell. Working this job for so many years, I know when someone is really out, and when they’re just pretending. Even when a person tries to stay very quiet, there are still signs he’s there. People breathe, their hearts beat, their stomachs continue to digest food. Miss Takai, I know you’re in there, and that you’re waiting for me to give up and leave. You’re not planning to open the door or answer me. Because you don’t want to pay the subscription fee.

Excerpt from 1Q84 by Haruki Murakami

A knock on the door from the “NHK man” was something people dreaded and went to great lengths to avoid. The persistence of these fee collectors was such that some citizens formed The Party to Protect the People from NHK and a creepy fee collector was one of the antagonists of Haruki Murakami‘s novel 1Q84.

Fifteen knocks on the door followed. Aomame counted them.
“I get it, Miss Takai. You’re pretty stubborn too. Fine. I’ll be going now. I can’t stand outside here forever. But rest assured, I’ll be back. Once I decide on something, I don’t give up easily. And I don’t like people pretending to be out. I’ll be back, and I’ll knock on your door. I’ll keep banging on your door until the whole world has heard it. I promise you this, a promise just between you and me. All right? Well, I’ll be seeing you soon.

Excerpt from 1Q84 by Haruki Murakami

Having moved house in 2020, I was expecting a visit from a fee collector but it appears with the onset of COVID-19 that NHK has fallen back on snail mail to harass people.

Surprisingly, however, the design of their letters is really rather delightful with illustrations of bowing staff and cute cats. It’s almost enough to make you want to pay. Almost.