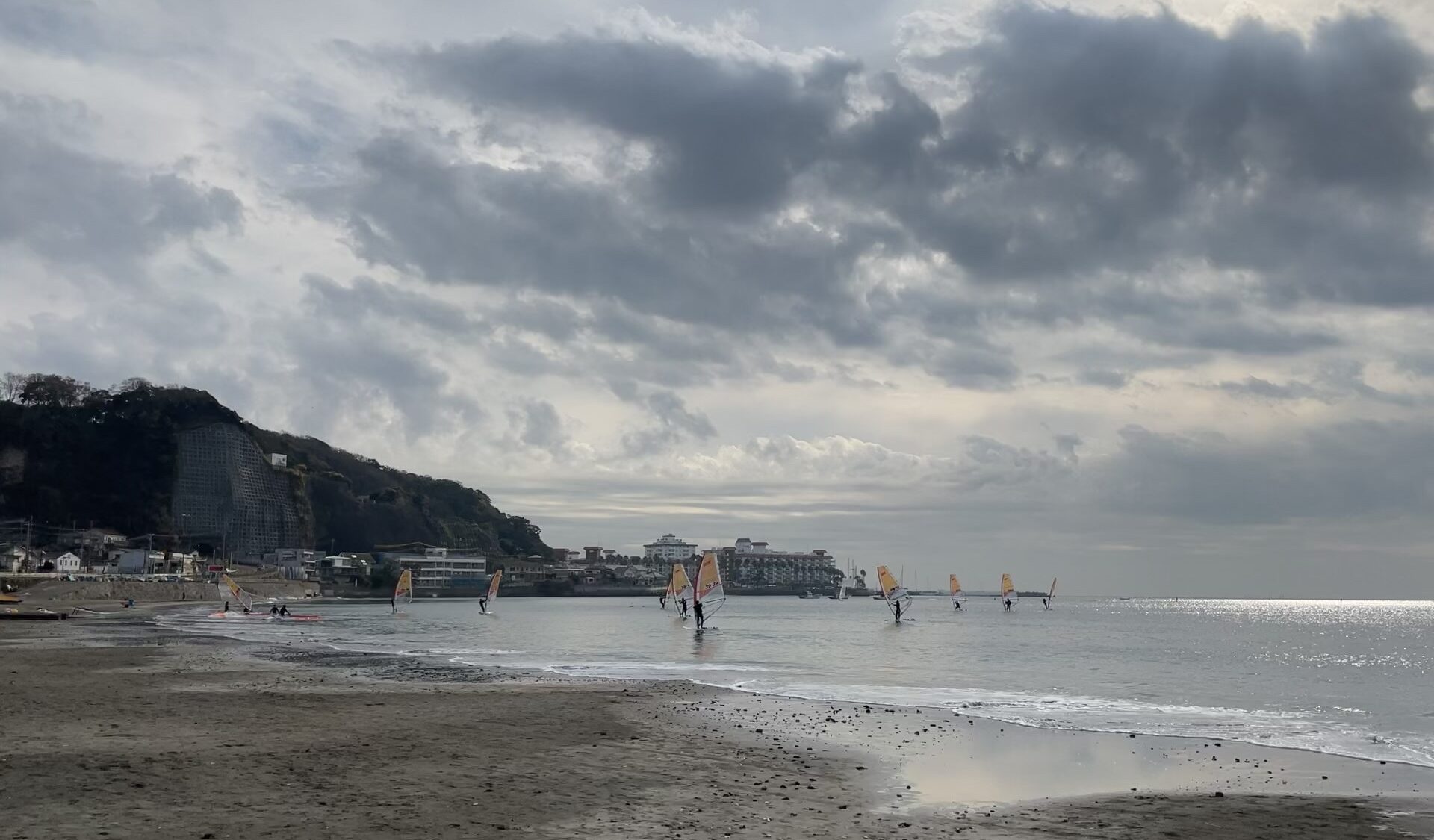 Looking through my photo archive for 2020, there’s a big black hole from February through September where very little of note happened. For the first time in my adult life, it felt like things were on hold, even while being incredibly stressful at the same time.

After moving to Kamakura in August things started to feel like they were on the up although the blistering heat and humidity of summer kept us indoors for the first 6 weeks or so. We had our first cautious holiday of the year mid-September when we took a week off to walk the Ise-ji coastal pilgrimage route in Mie Prefecture (I plan to write this up over Christmas).

Once the weather began to cool, we started exploring Kamakura more; there are dozens of hiking routes on our doorstep which have been a joy to walk bit-by-bit. Most rewarding has been to uncover some lesser-known trails which I plan to write in the near future as well.

Living by the coast has also allowed us to take up a new hobby; windsurfing! Having grown up sailing boats on the Norfolk Broads, this has been so much fun and it feels like old learned instincts are being reactivated. During these strange times, it helps that it’s a solo outdoor activity too.

Given the elastic nature of time this year, it felt like autumn was well overdue when it eventually erupted in late-November. It felt even more glorious than ever to wander through gardens, temples, and shrines carpet-bombed in vivid hues of yellow, orange and red leaves. Below are a few of my favourite spots.

Designed by prominent Zen religious figure, poet and Zen garden designer Musō Soseki, Zuisen-ji Temple lies on top of an isolated hill in Nikaidō‘s Momijigayatsu Valley (紅葉ヶ谷, Valley of the Autumn Leaves). It’s famous for both its garden and bare Zen rock garden behind the temple.

We stumbled across Myō-ō’in Temple by chance while walking down one of the branches of the Ten-en (天園) hiking course. Tucked away from the main road, some of the buildings have beautiful thatched roofs and we were lucky enough to be allowed inside the picture-perfect tea house that sits in one corner.

Ichijo Ekan Sanso was built by Ichijo Ekan, a court noble during the early Edo Period (17th century), who loved tea ceremonies and writing waka (和歌, Japanese poetry). Originally built in Kyoto, it was a summer house of the Ichijo family in the mountains. It was deconstructed and moved to Kamakura in 1959. Even the rock gardens and other features were faithfully recreated.

We’ll be spending the Christmas / New Year holidays at home which is no bad thing now that we’ve got a bit more space. Here’s hoping for a more optimistic 2021 and the beginning of something new, rather than a return to old habbits.