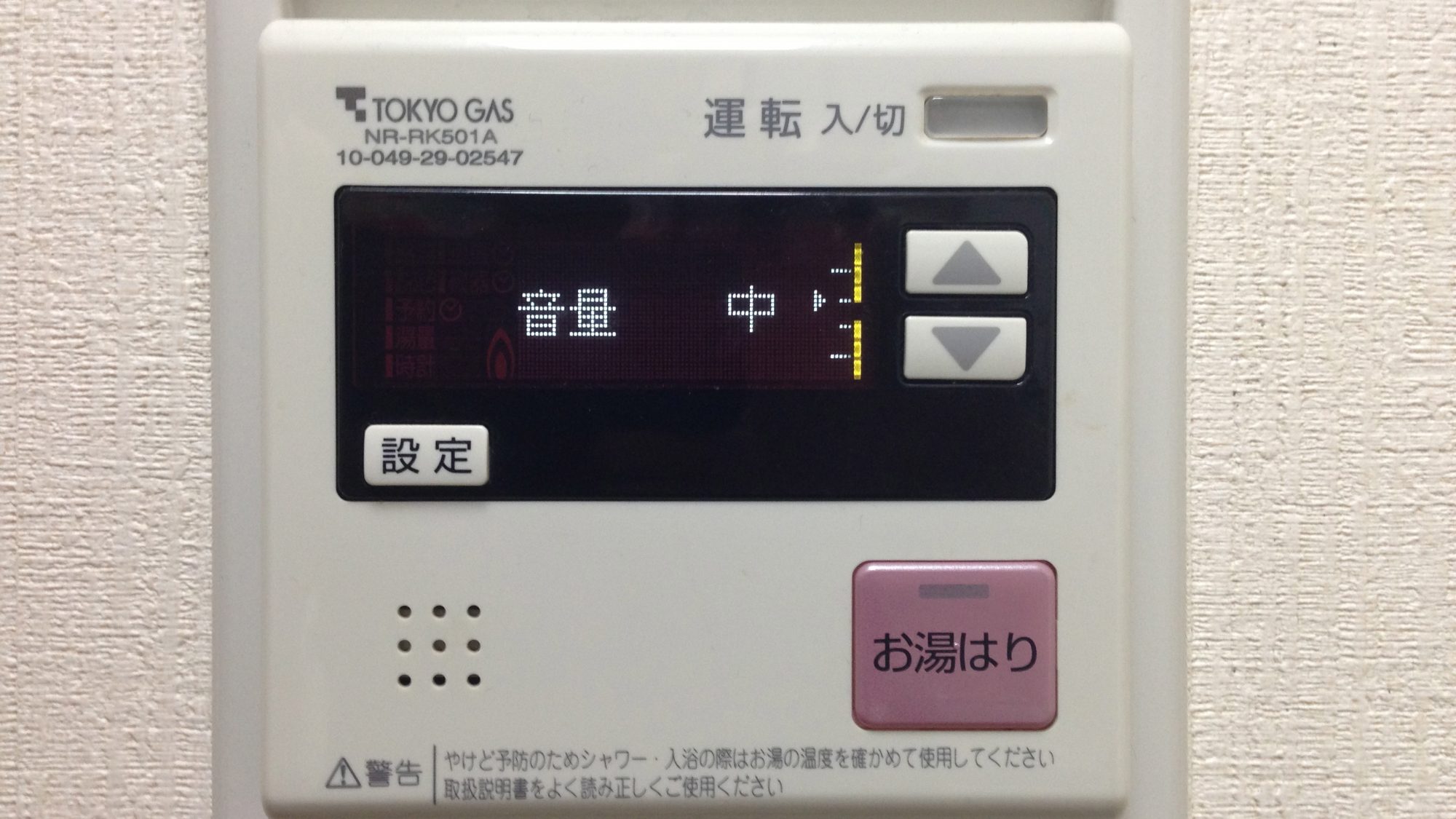 Above is the gas supply control panel in the apartment I’m staying at in Tokyo. Assuming you don’t read Japanese, how would you go about turning it on?

I think most peoples first response would be to press the big pink button in the bottom right but this actually does nothing but play a robotic women’s voice (presumably telling you not to press that button again!).

It took me 30 minutes to work out that what looks like an LED indicator light in the top-right is actually the on/off button that needs to be pressed before the big pink button to get the hot water flowing. The up/down arrows set the temperature which is more obvious.

This got me thinking about user interface design for global audiences – the problem here is that the device was communicating both visually and aurally in a language that I don’t understand. Had it included some simple symbols alongside the text it would have been much clearer.

Humans have been using symbols to communicate for over 17,000 years because they are the one language everyone can understand. Symbols can transcend cultural and language barriers and deliver concise information effortlessly and instantaneously. They allow people to communicate quickly, effectively, and intuitively.

However, when Google last redesigned Gmail they received a lot of criticism for replacing the text on buttons with symbols/icons which some people claimed were hard to interpret.

It seems to me that each situation requires a balance where mission-critical information is conveyed in both symbols and text with less important functions left for text only – a bit like this scary toilet control panel I found in a hotel in Shanghai a few years ago!