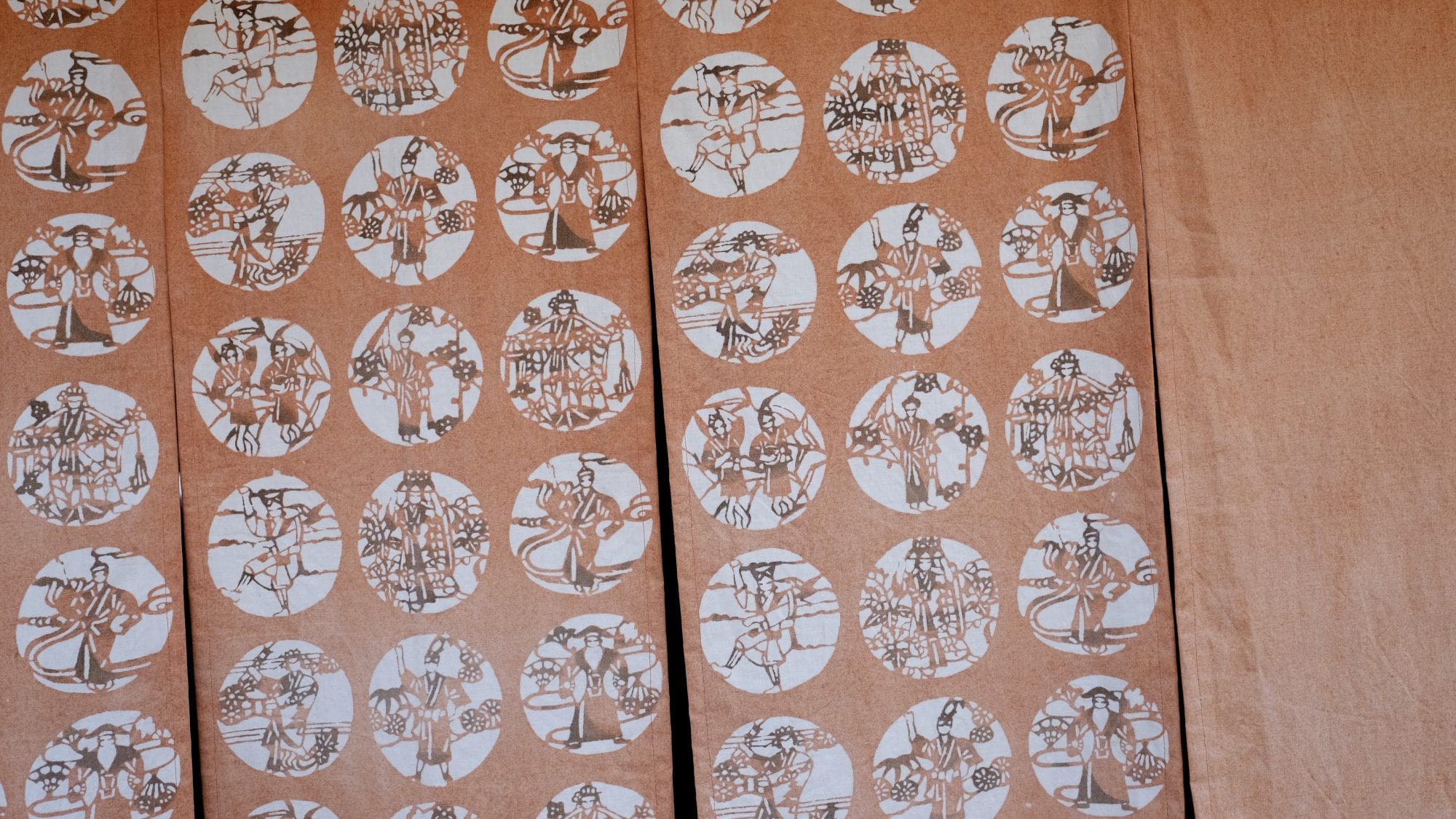 After a better night’s sleep than I’ve had in a few days, I woke shortly after 6 am and was heading out of Ōzu by 7. I passed scores of kids on their way to school and saw a group of them sweeping their playground. Only in Japan.

Approaching Uchiko (内子町) at 9 am I could hear loud cheers in the distance and came across a baseball field where two teams were competing. Parents and bystanders were enthusiastically cheering them on.

Uchiko is a quaint old town which was once the centre of Japanese wax manufacturing. The wax was made from sumac tree berries using heavy wooden presses until the invention of paraffin wax.

A street of around 90 merchant houses with cream-coloured plaster walls and wooden fronts have been preserved which makes for an enjoyable detour from the main trail.

There are a couple of museums and a theatre you can visit but I contented myself with wandering around the streets and photographing the traditional shop fronts.

Many of the shops are now closed and in a state of disrepair. It was interesting to see the bamboo wattle and daub construction peeking through the cracks in the plaster walls.

Since I knew there would be no restaurants or conbini’s further ahead today, I decided to loop back into the town centre and have an early lunch at 11 am. I had tasty chicken katsu followed by a matcha ice cream.

The rest of the trail today followed route 379 along the winding Oda river, occasionally diverting through sleepy rural villages. The concrete was a bit tough on the feet but the scenery was nice.

Along the way, I overtook a group of three henro retirees who were friends that all used to work for the same company. They were doing the pilgrimage in week long sections, returning home in between each.

On the way into Ōse is a rest hut, with a huge deck that might be suitable for sleeping on. There is an identical one five minutes further on in a more secluded spot.

Rounding a sharp bend in the river at Rakusui Daishi, a beautiful village on the river bank came into view.

A short distance later, at the end of the Yoshinogawa Tunnel bypass, I arrived at Uchiko hut (38) which is where I’m camping tonight.

As well as ample room, it has both a toilet and an outdoor shower making it probably the best hut I’ve come across so far. A short distance along the road is a group of vending machines where you get drinks too.

After a refreshing cold shower, I put up my tent and had a healthy dinner of ham sandwiches, beef jerky, Pringles crisps and a chocolate bar. By 6 pm the mosquitoes were getting hungry too so I retired to the tent early.

Tomorrow is a bit of a climb up to Daihō-ji (大宝寺 – 44) and then Iwaya-ji (岩屋寺 – 45) but I’ve booked an onsen hotel to stay at afterwards so can’t complain!