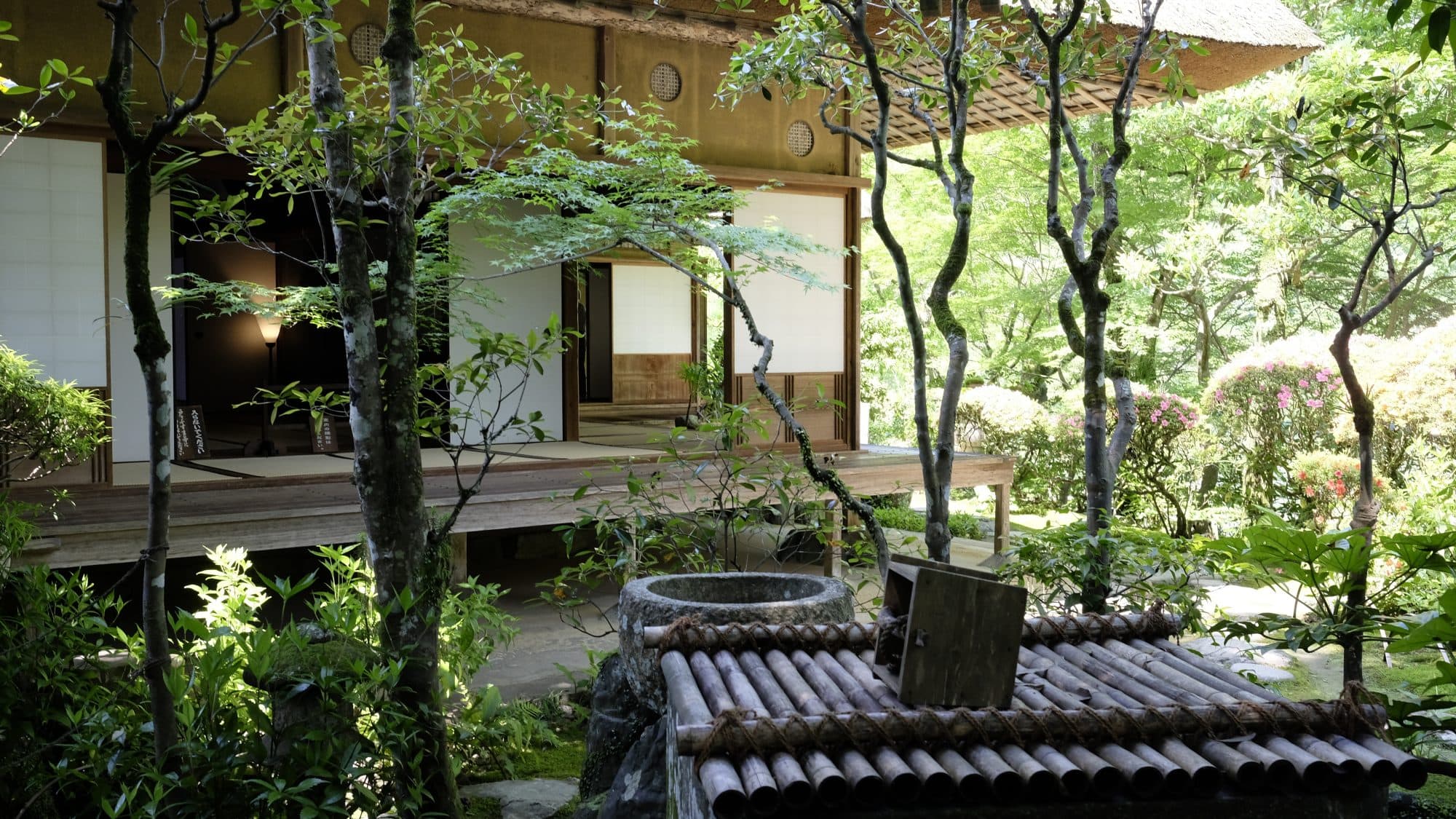 Upon leaving Matsu-ya Business Hotel this morning the sky looked as if it had violent intentions so I donned my wet weather gear and began to trudge along the road. 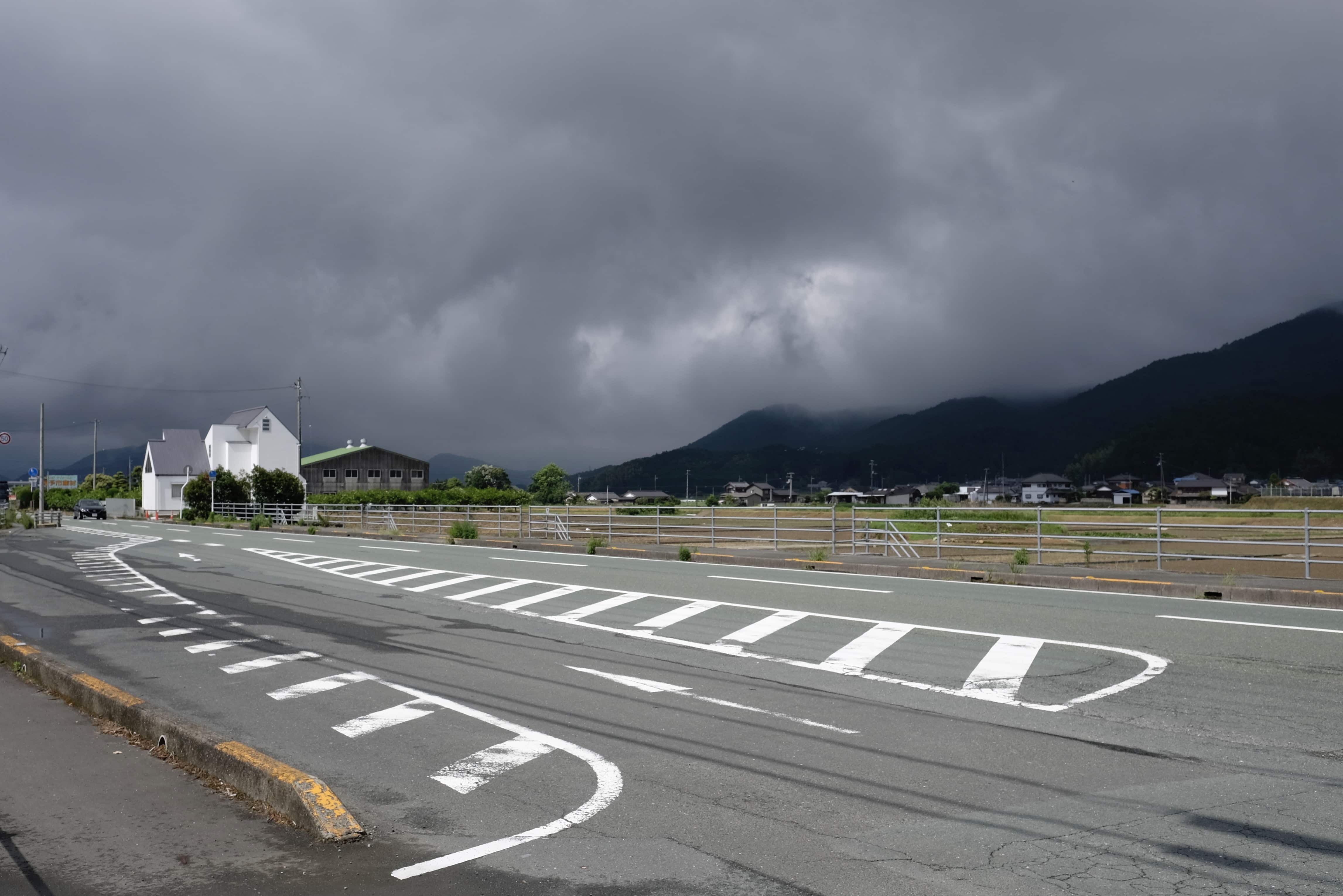 Much to my relief the heavens kept their peace and by 9.30am the clouds had lifted. 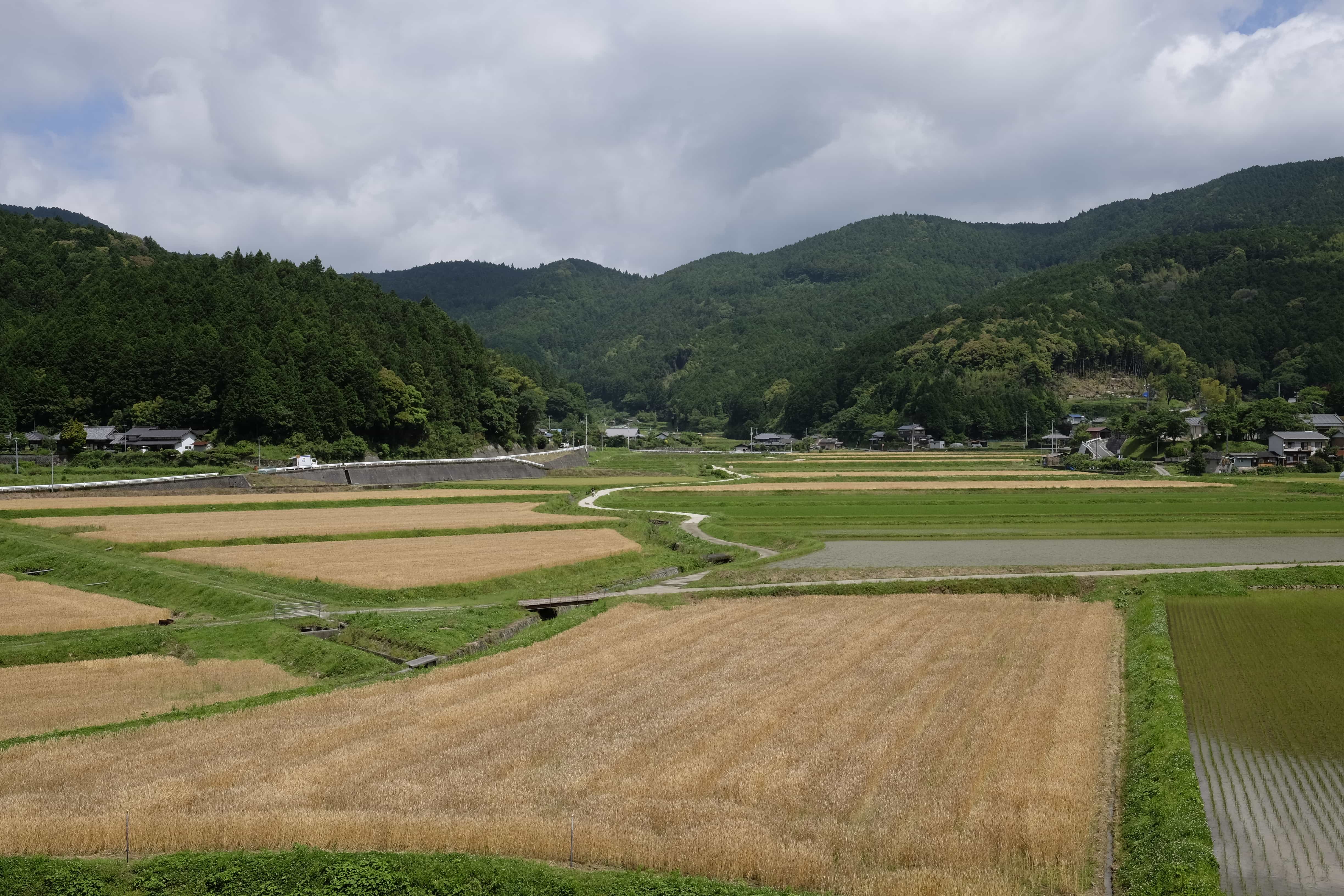 I passed the triangular shaped Hijikawa Genryūnosato hut which has a nice view out over the valley floor. 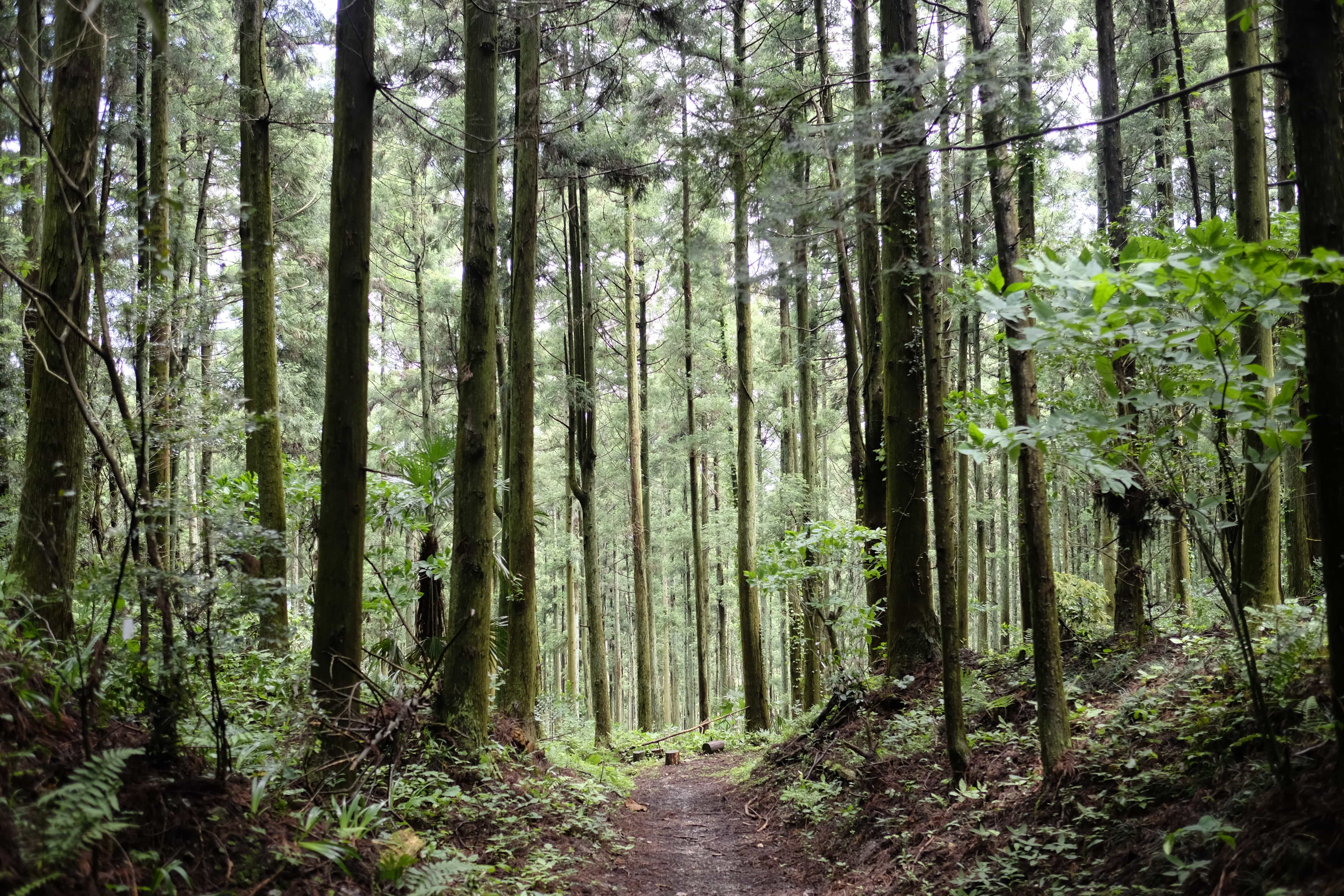 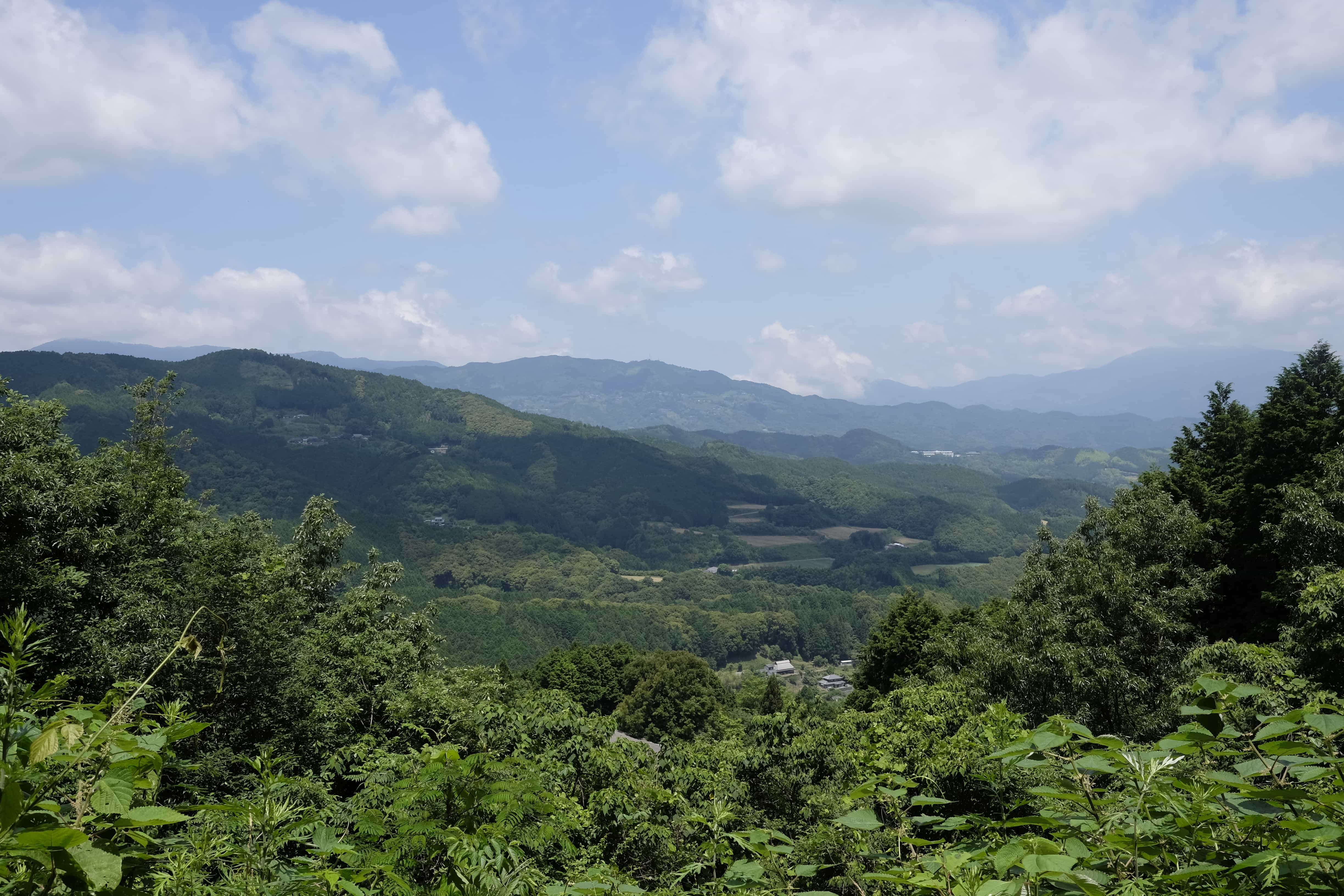 Just beyond the hut, I entered the forest in order to bypass Tosaka Tunnel. The light here was wonderful and I enjoyed the hour long walk up and along to Fudake Daishidō.

Shortly after re-joining the main road I stopped at a simple restaurant where I sat alongside a bunch of long-haul truckers enjoying huge bowls of ramen. On the approach to Ōzu City (大洲市) the trail takes you along Ohanahan Street in an old neighbourhood where many of the buildings haven’t changed much in the past century. 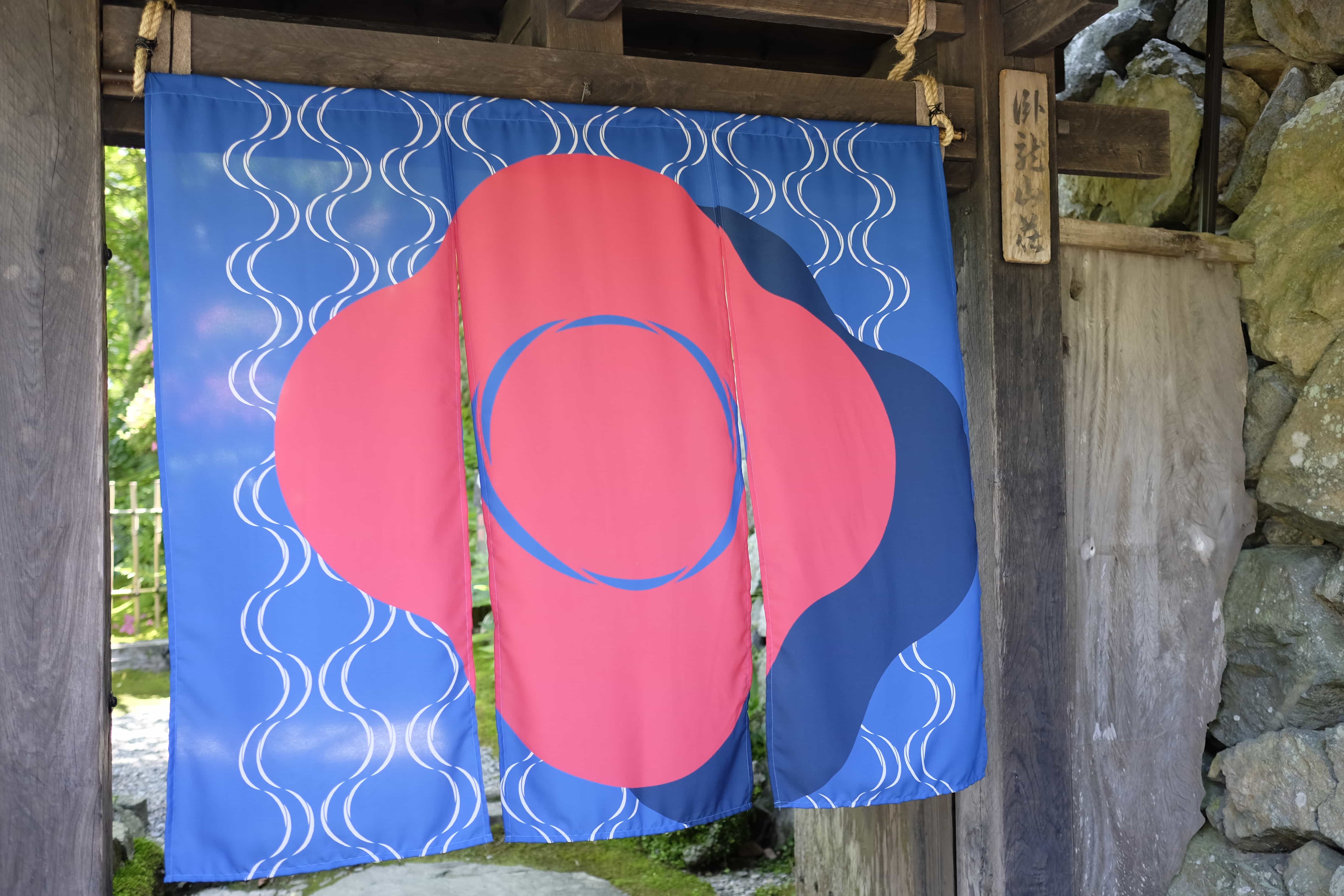 Without any prior expectations, I took a small detour to visit Garyū Sansō, which turned out to be one of the most exquisite traditional Japanese gardens I’ve ever seen. 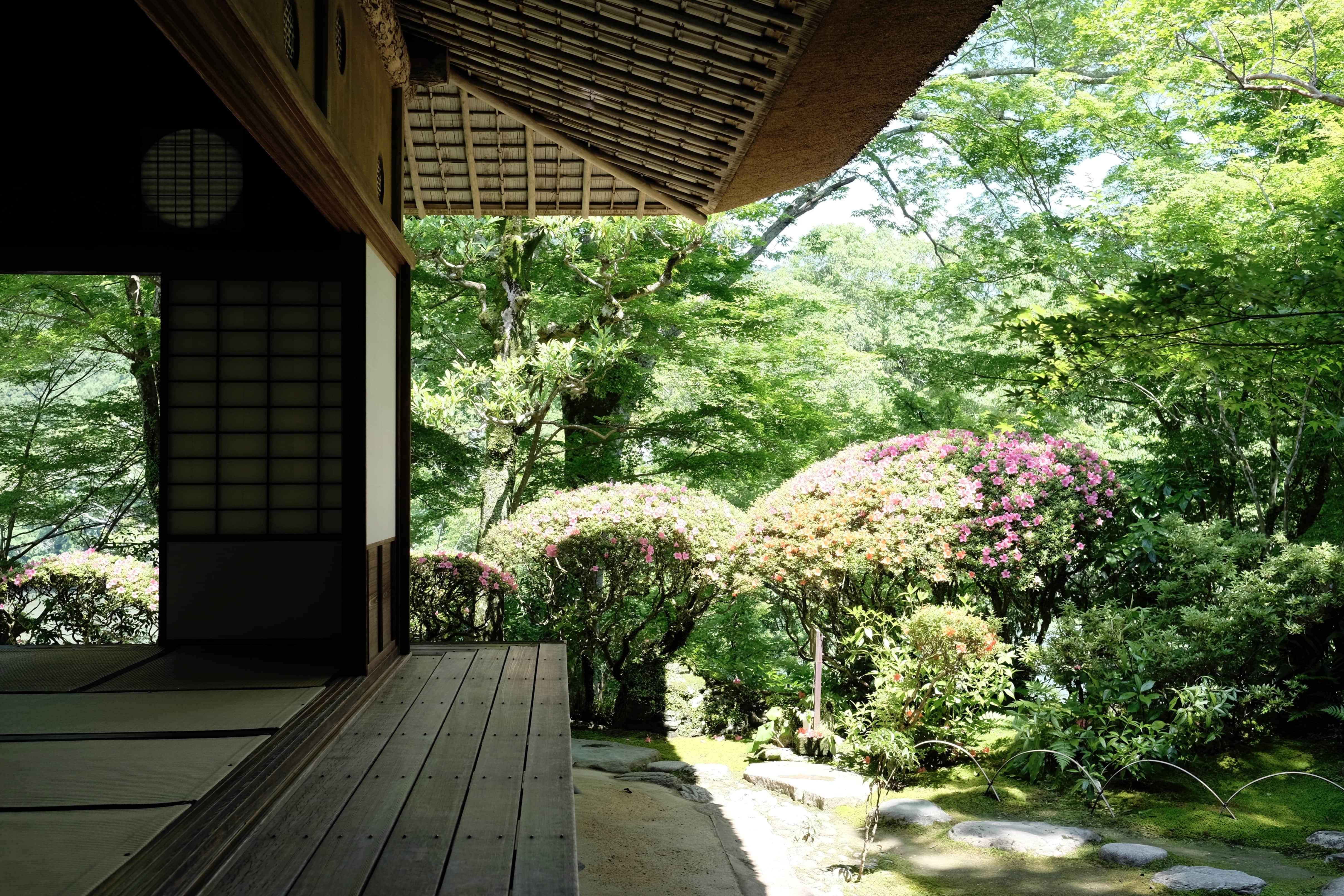 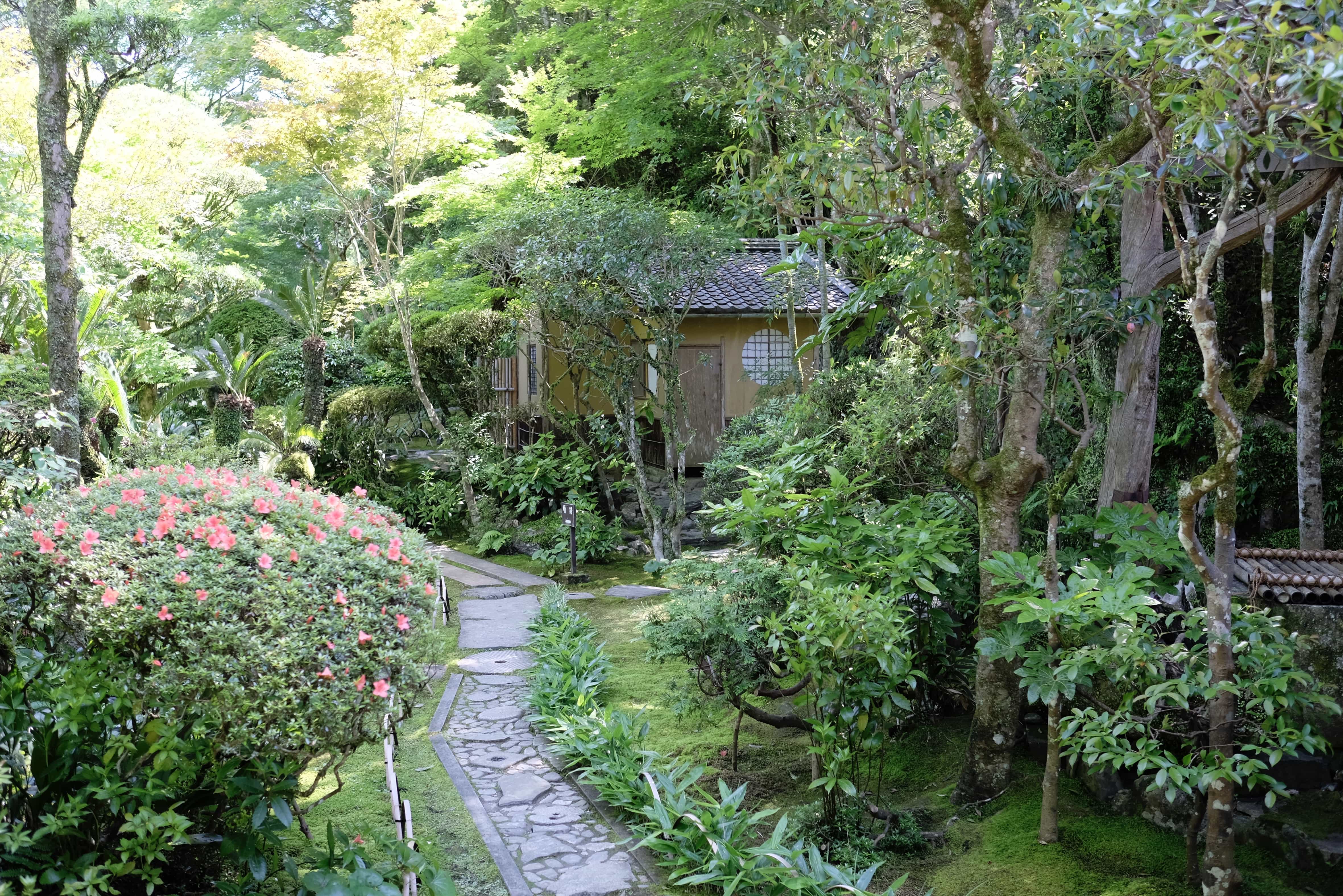 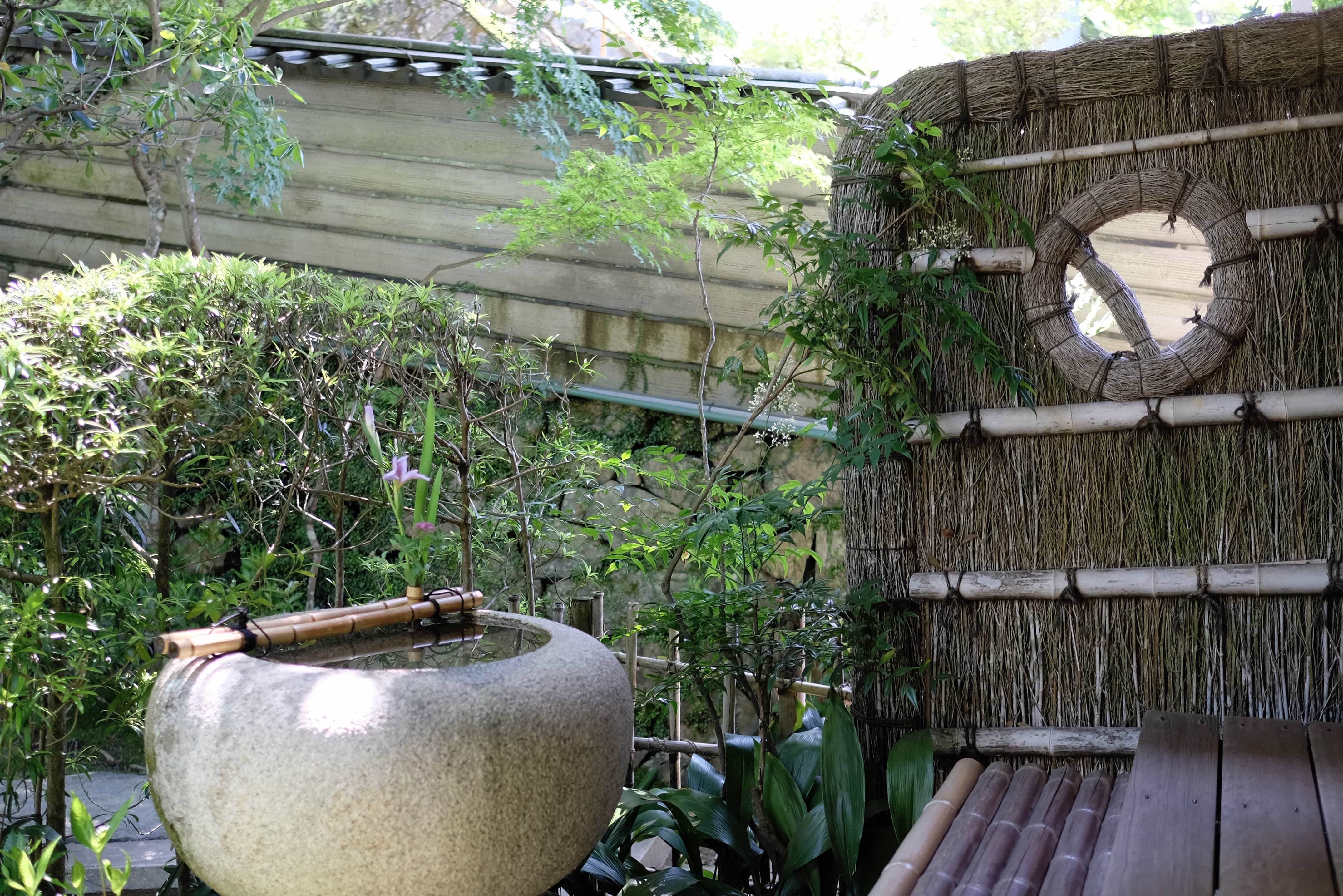 Set alongside the Hijikawa River, the narrow grounds contain a thatched dwelling, a small tea house and pavilion on a cliff overlooking the water. 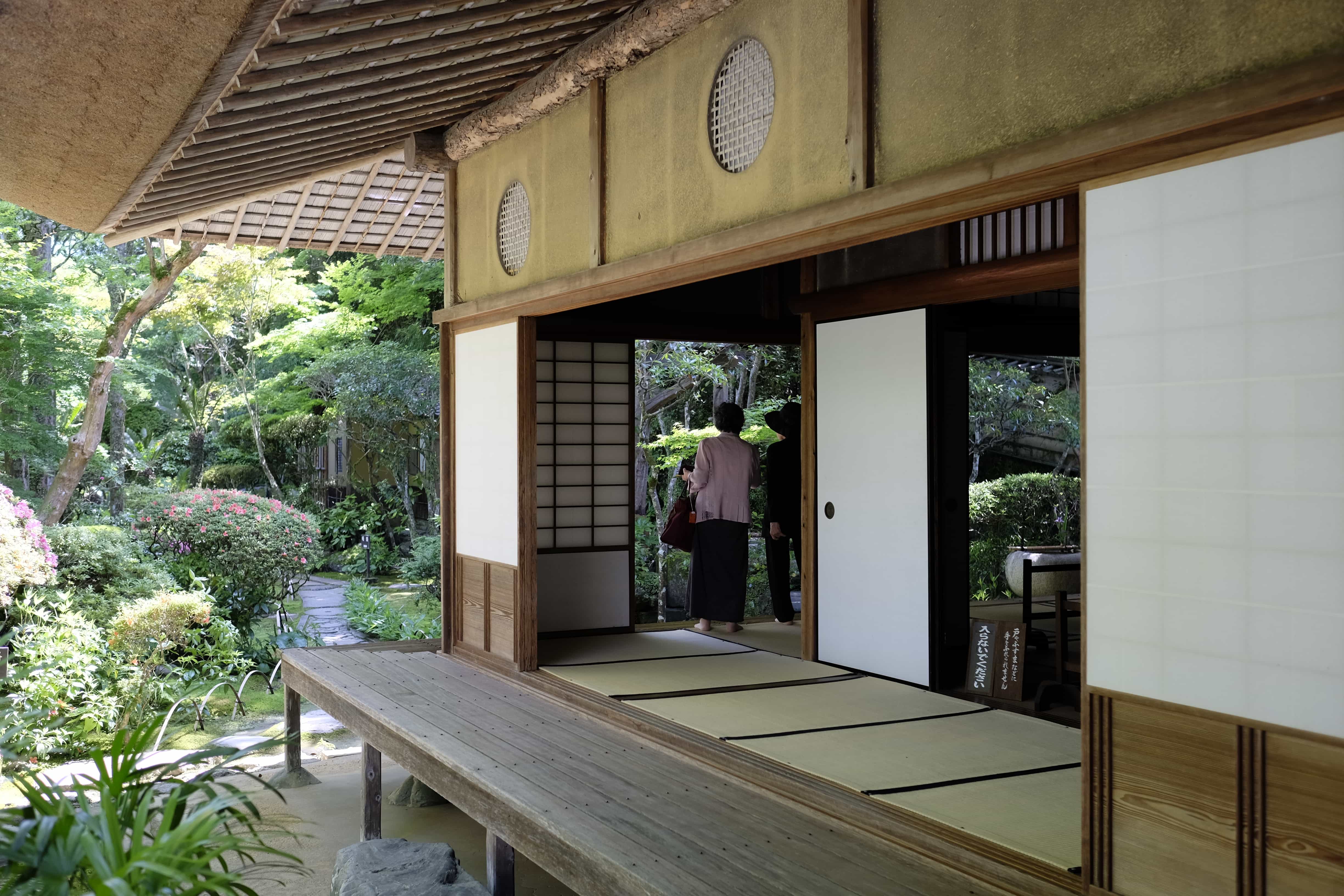 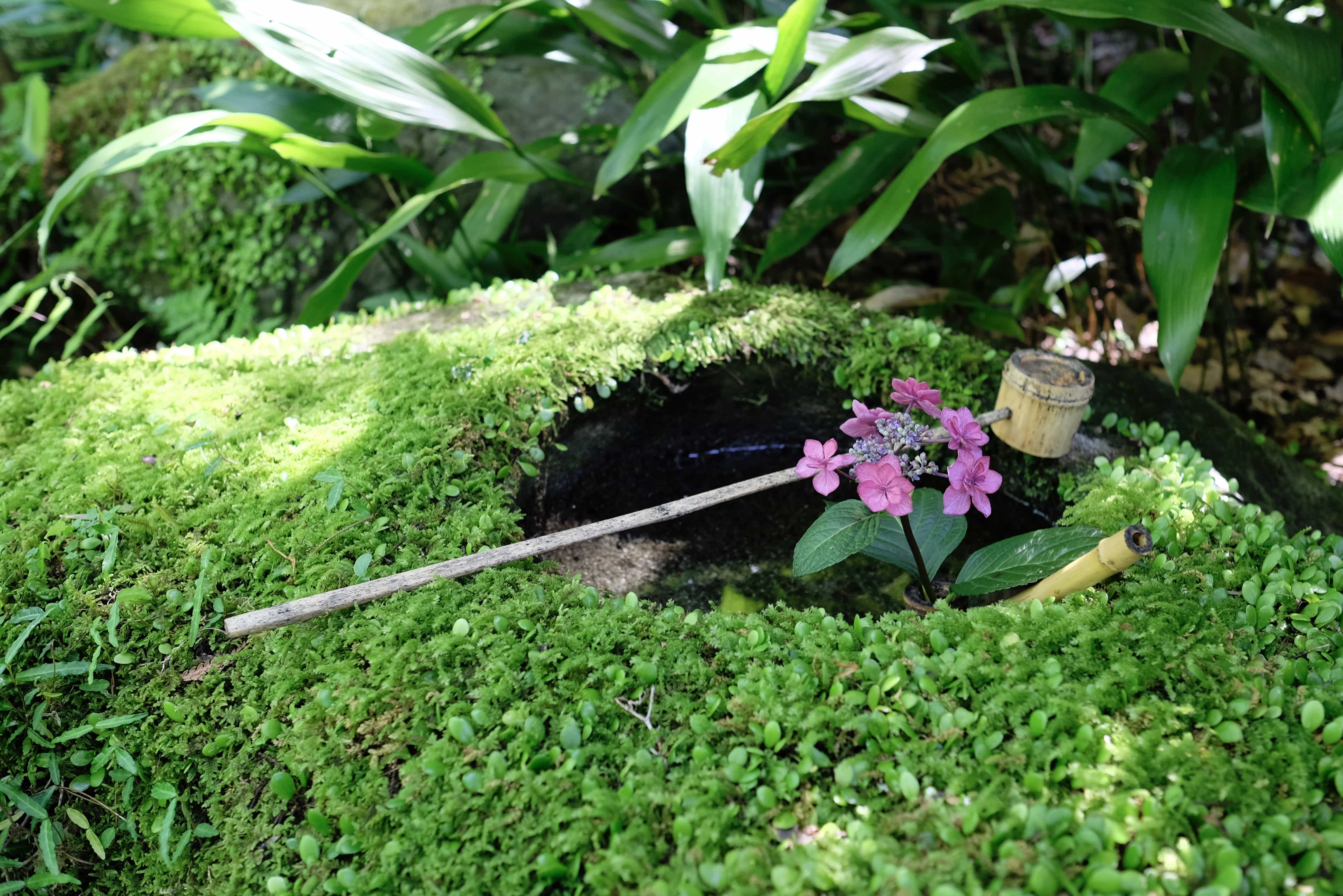 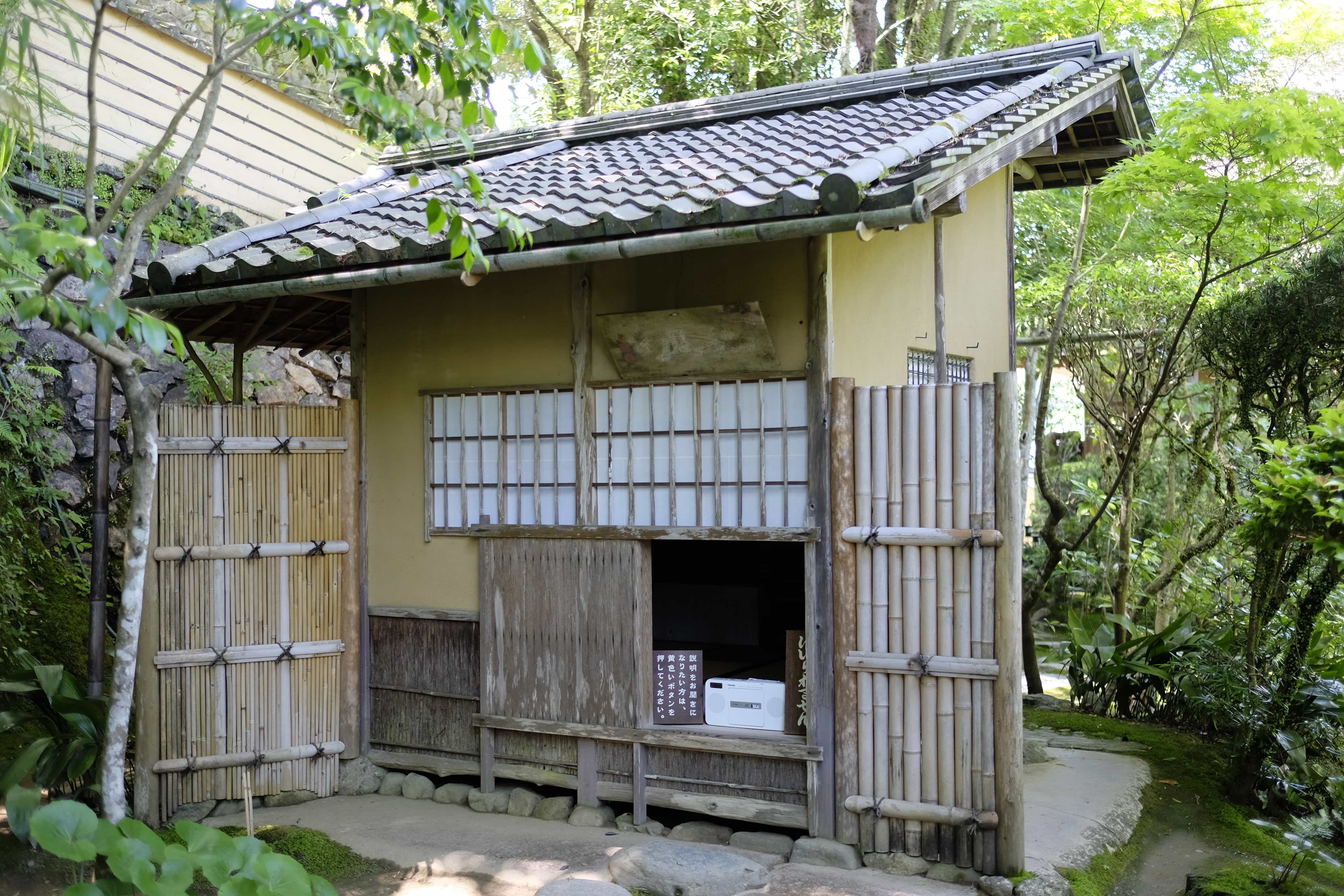 I sat quietly on the veranda of the main building and appreciated the view while resting my feet. Nearby a guide was showing a group of elderly ladies around and it was amusing to hear their frequent ohhs and ahhs as the finer points of the interior were explained. With a few more kilometres left to walk I forced myself to leave the sublime garden and made my way along the main road to Toyogahashi (#8 of the bekkaku temples). Legend has it that Kūkai spent the night under the bridge here which is why you’re not supposed to tap your staff on any bridge in case you wake him! All very Tolkien-esq. Under the bridge is a stone carving of Kūkai and a group of pilgrims were hard at work chanting before it when I arrived. Afterwards, they fed the enormous carp in the river below but were hounded by some pesky pigeons looking to get in on the action. The temple has a nice tsuyado building to one side for pilgrims to sleep in. When I asked the priest for permission to stay he showed me a list of rules written in English with the particularly funny dictate “When coming to Japan next time, let’s study Japanese to a slight degree”. I felt relieved that my Japanese was passable.

My next port of call was the Ōzu-no-yu public baths just down the road followed by the coin laundry and a simple dinner while I waited for it to finish. Despite feeling worn out the day had gone pretty well.

The weather is looking up for the rest of the week so I hope to get in a couple of days camping before reaching the upcoming cluster of temples.