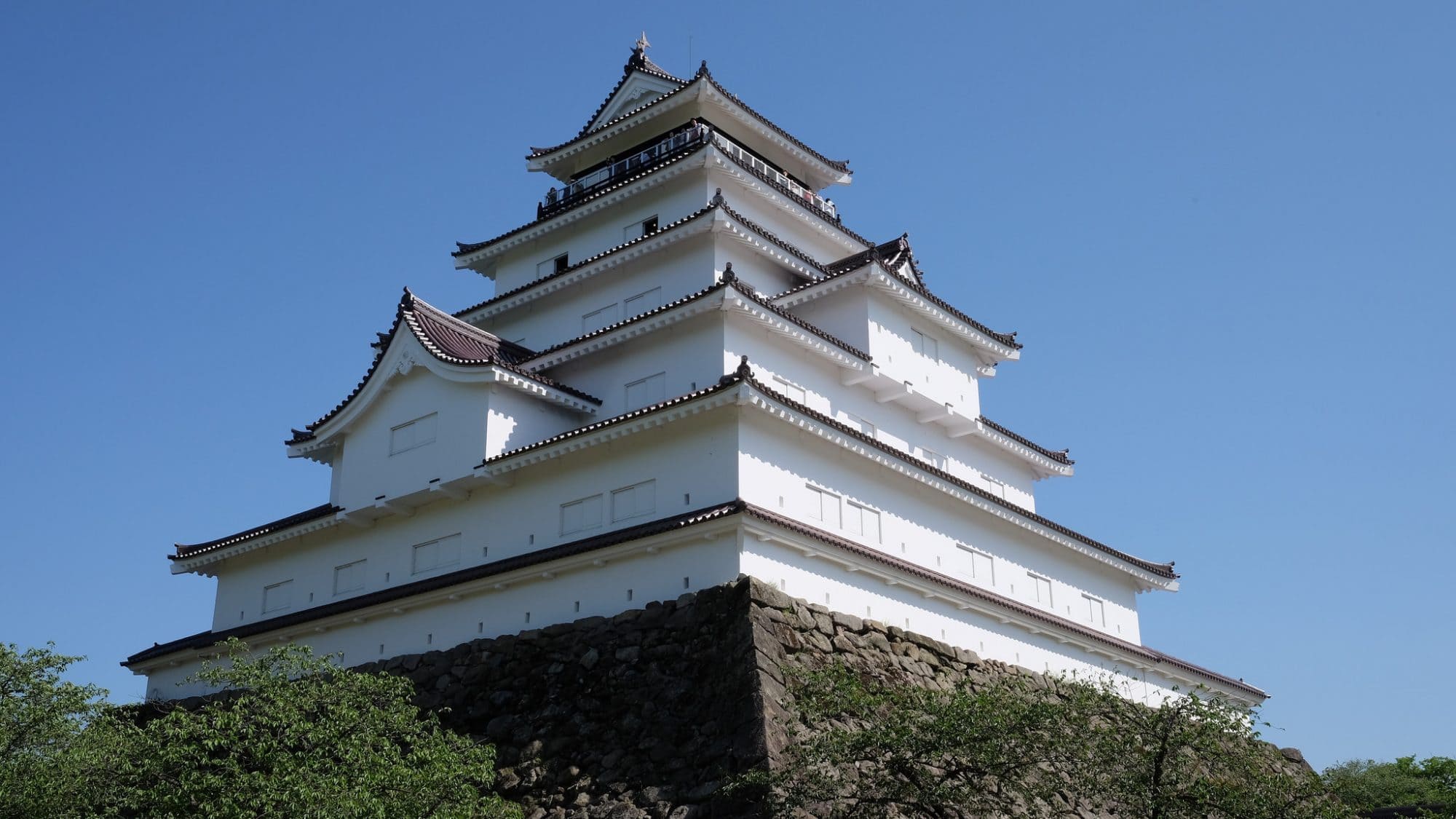 Over the Golden Week holiday in Japan this year, I headed north from Tokyo to the lesser-known city of Aizuwakamatsu (会津若松市) in Fukushima Prefecture – yes, that “Fukushima” but 100 kilometers west of the nuclear disaster site and exclusion zone. 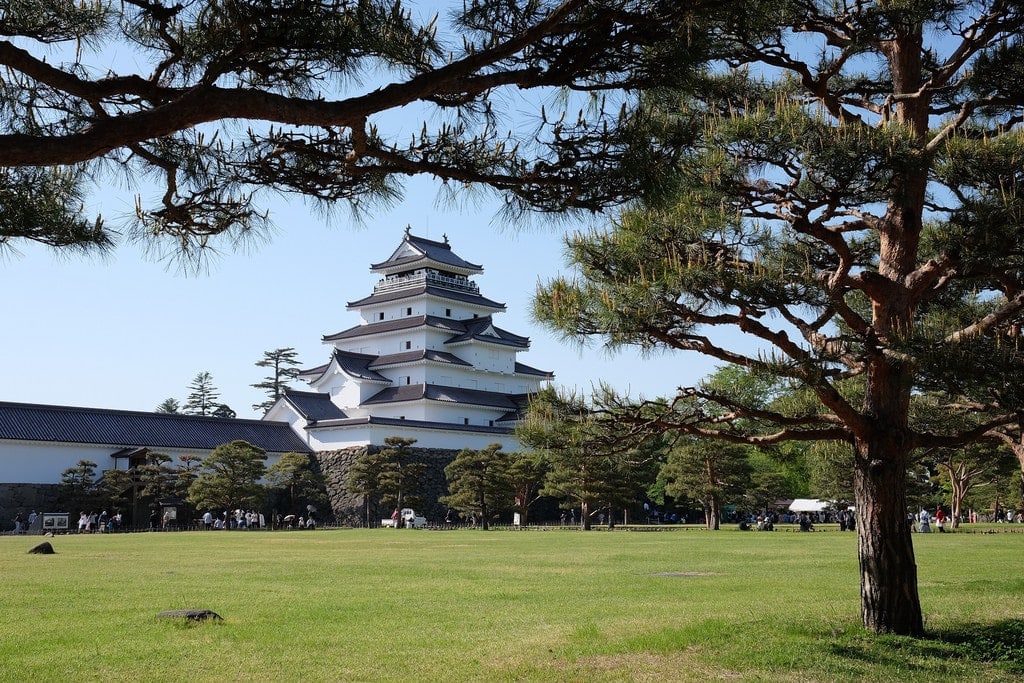 While the small city is fairly non-descript is does lay claim to the impressive Tsuruga Castle (鶴ヶ城). Originally built in 1384, it was destroyed after the Boshin War of 1868, a rebellion that put an end to Japan’s feudal samurai era. 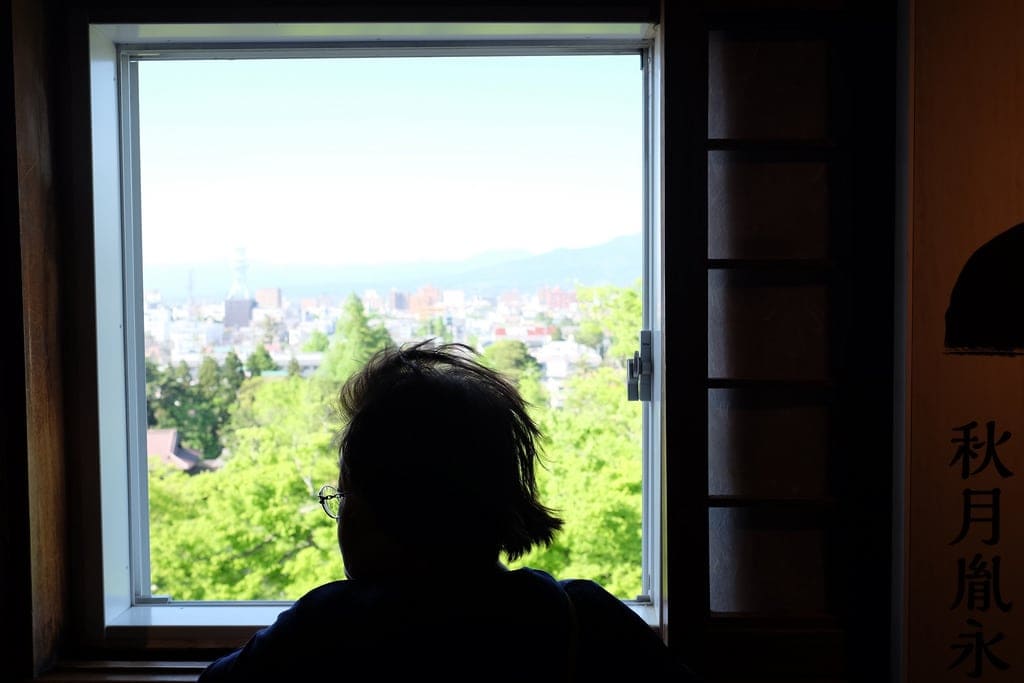 The five-tiered castle was rebuilt from concrete in the 1960s and renovated in 2011 with the the colour of the roof tiles returned to their original red. Inside is a museum about the history of the castle and visitors can climb to the top floor to look out over the surrounding city. 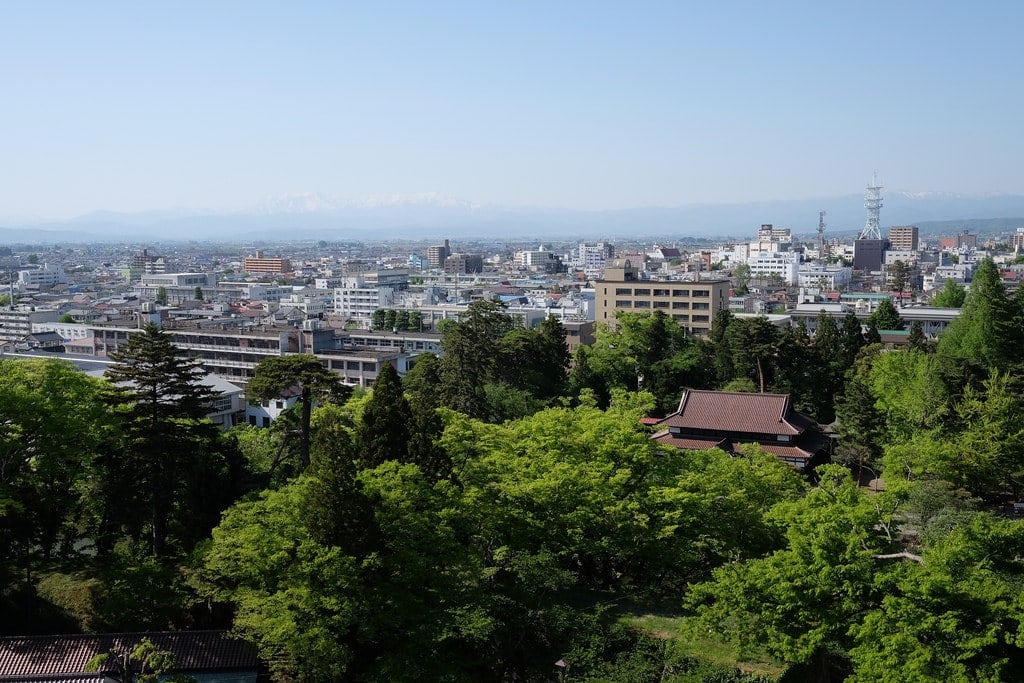 On a clear day you can see the white peaks of the mountains on the horizon. 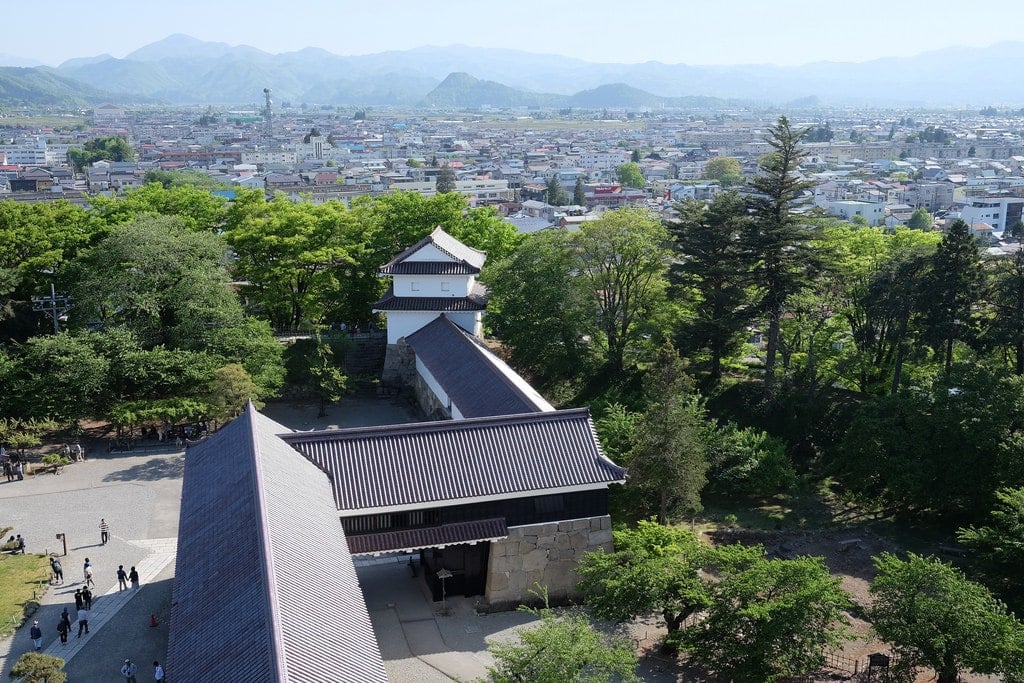 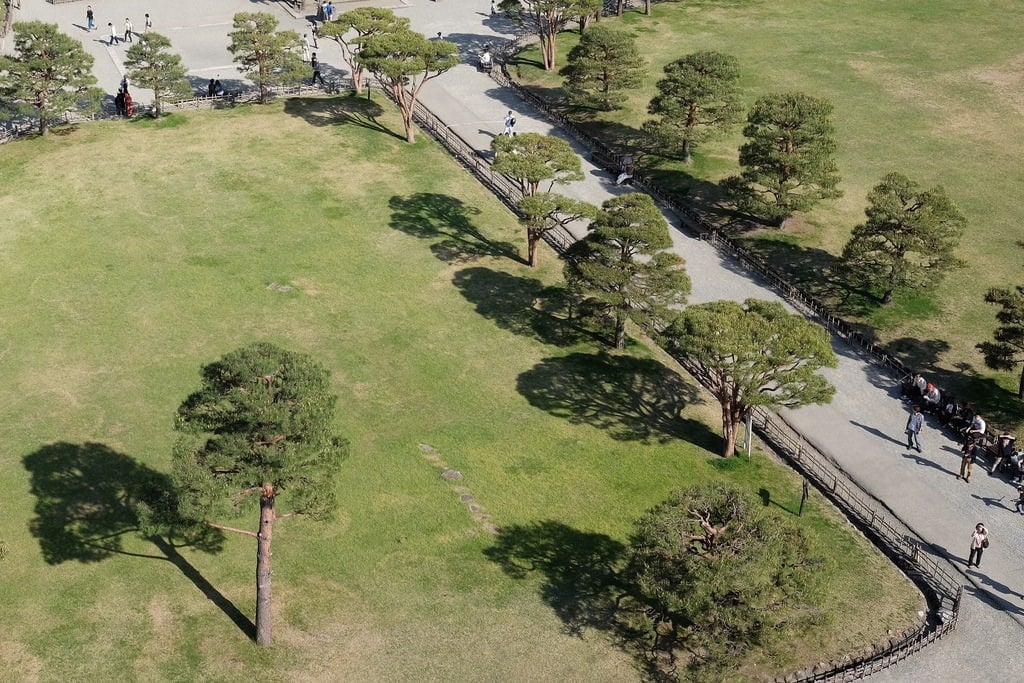 Surrounding the castle is an expansive park with a deep moat running around its perimeter. 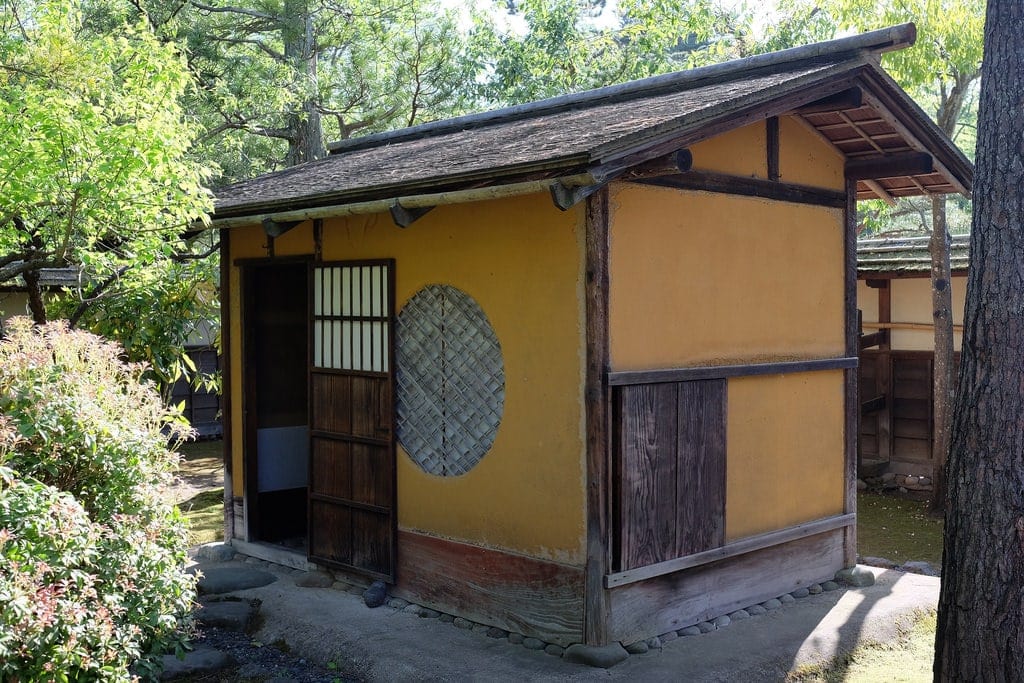 Inside Tsuruga Castle Park is Rinkaku Teahouse (茶室麟閣), where the feudal lords used to hold tea ceremonies. Notice the small door to the right which forced participants to lower themselves in stature and spirit to the same level as everyone else. 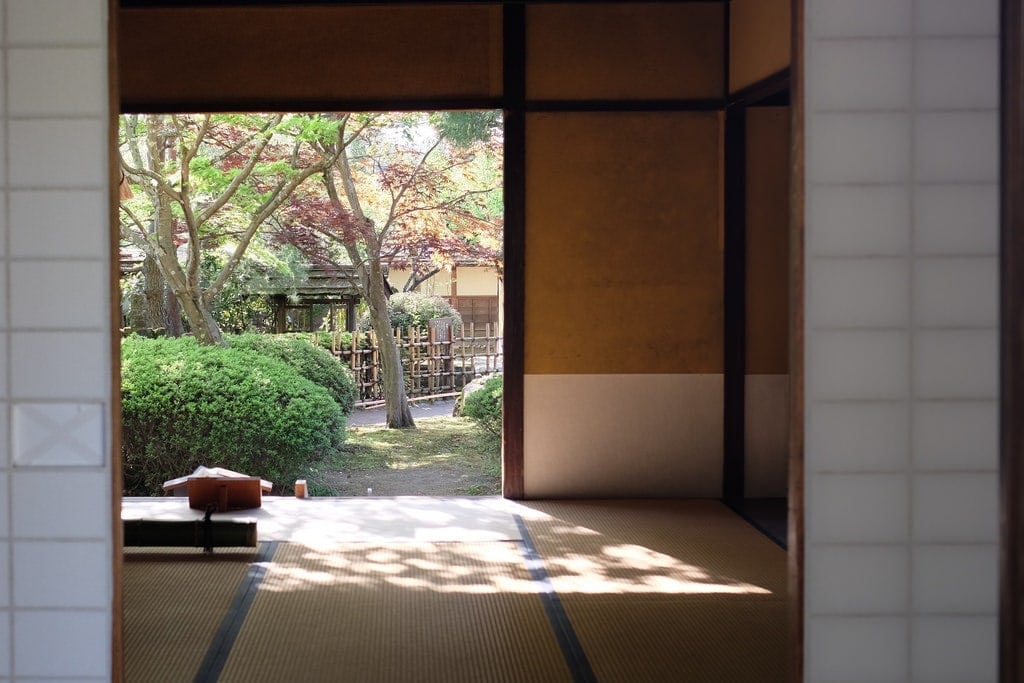 The easiest way to get to the castle is by bus or bicycle from Aizu-Wakamatsu Station.