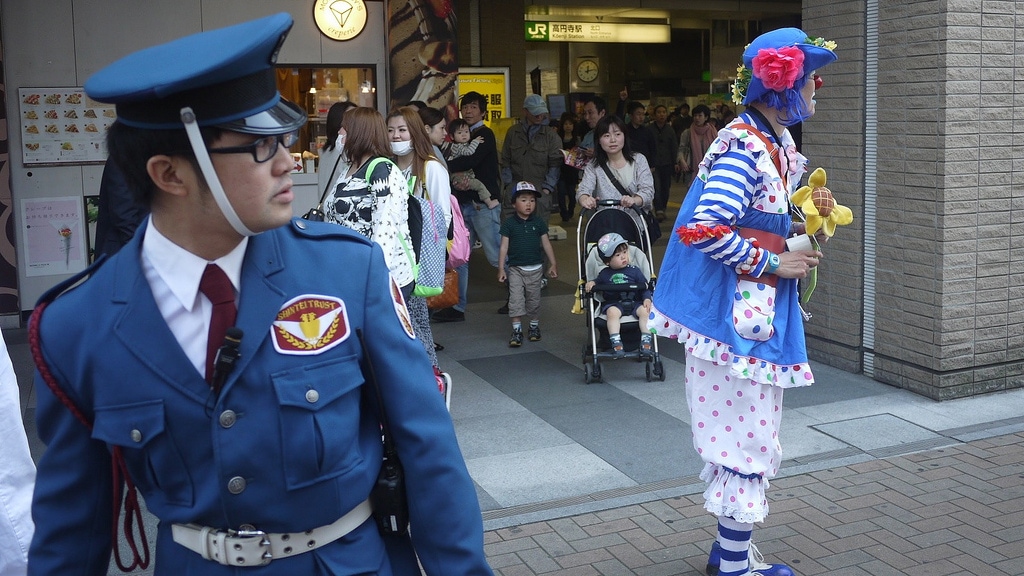 We’re nearing the end of Golden Week (黄金週間) in Japan – a cluster of national holidays which effectively give most people the week off work. Last weekend I returned to Koenji in western Tokyo to visit the annual ‘Bikkuri Daidogei‘, a street performance festival where a variety of acts can be seen around the neighbourhood. 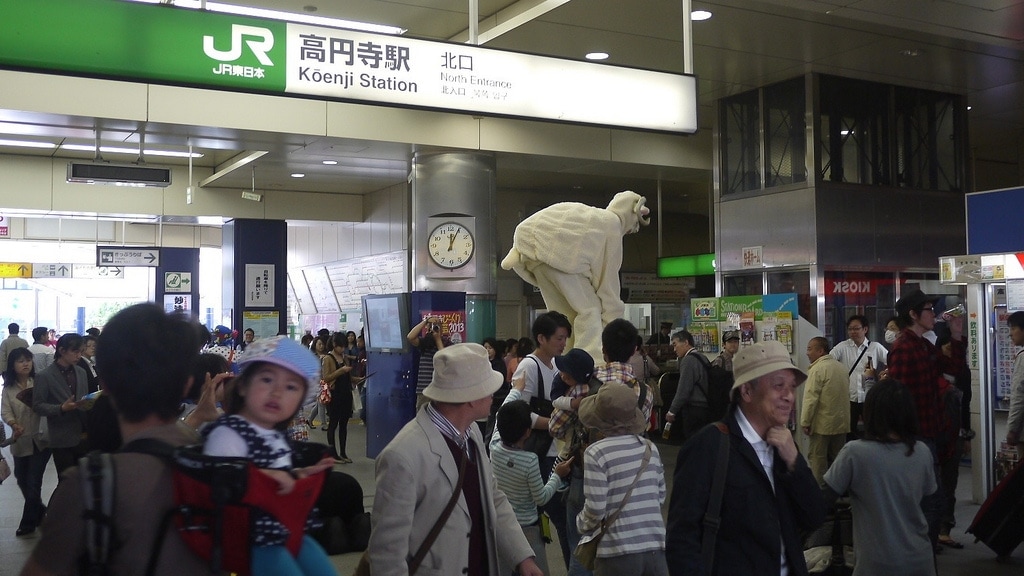 If you go down to the woods today, you’re sure to freak your kids out… 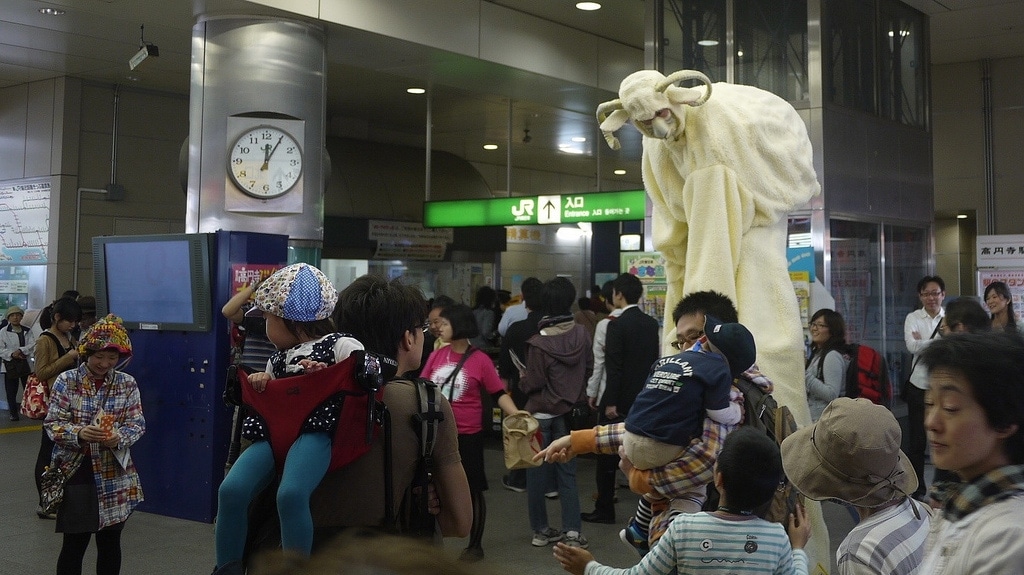 But for all I know 12 ft tall monstrous sheep are the norm in Japanese family friendly entertainment. 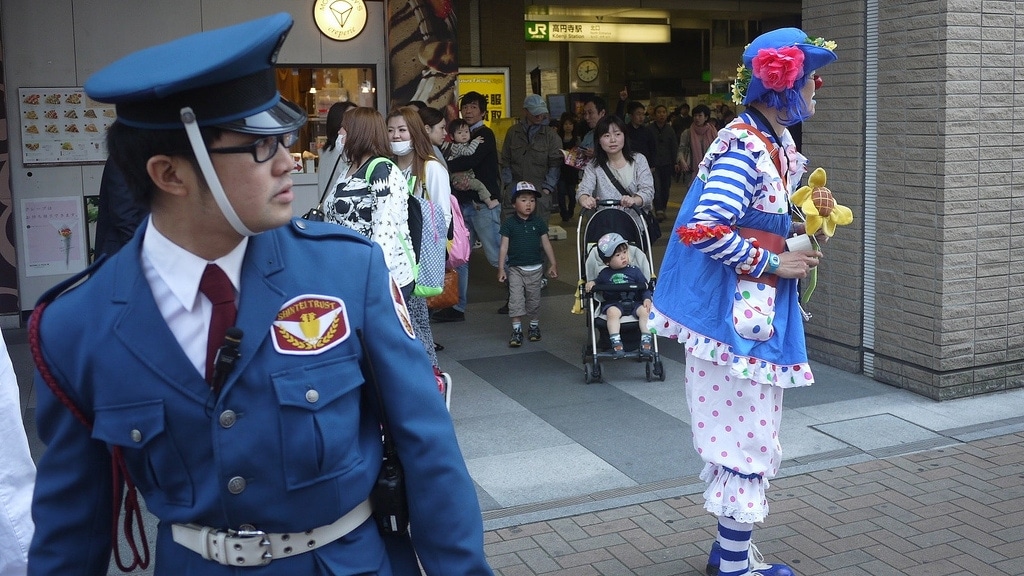 Japanese clowns are just as scary as their western counterparts, if not more-so. 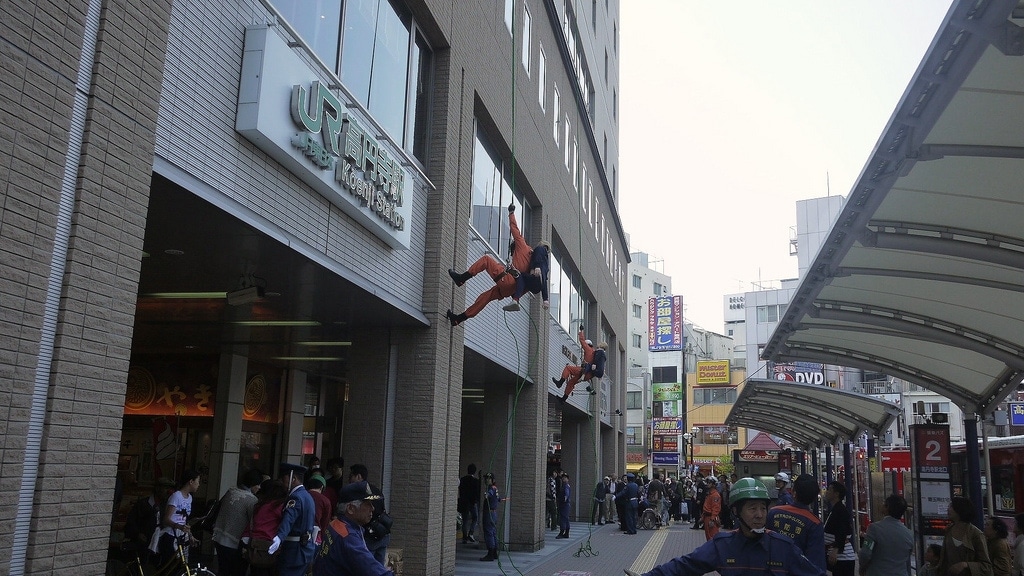 The local fire department rappelling down the side of Koenji Station with comatose dummies on their backs. 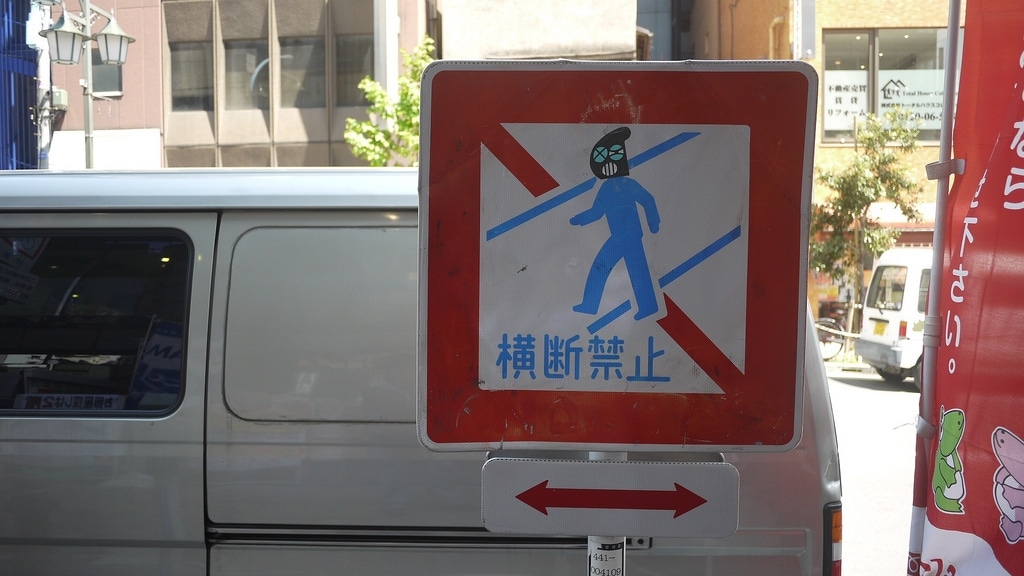 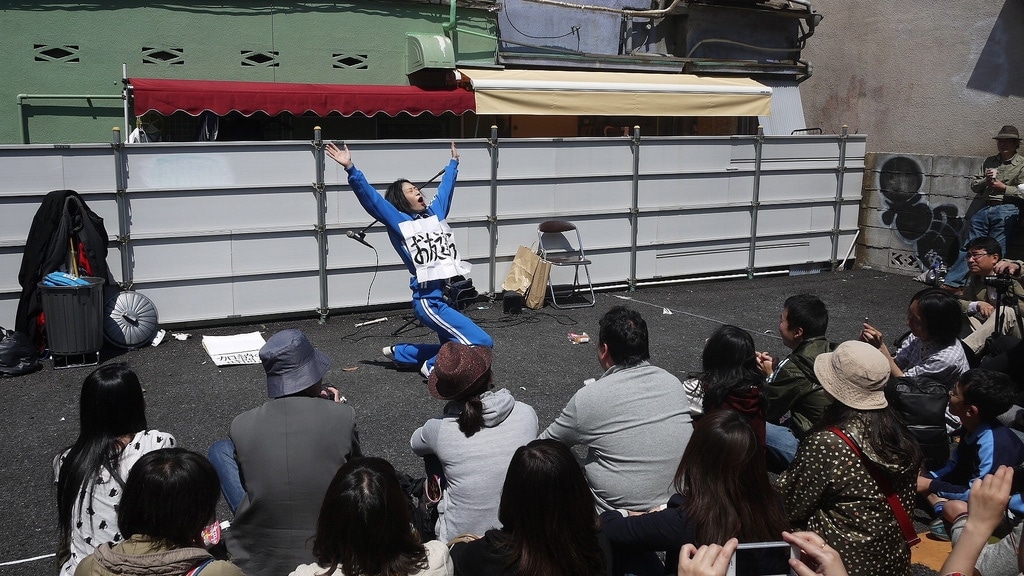 From what I can tell Japanese humour shares a love of making the audience squirm with embarrassment, somewhat similar to the British (see Fawlty Towers or The Office). 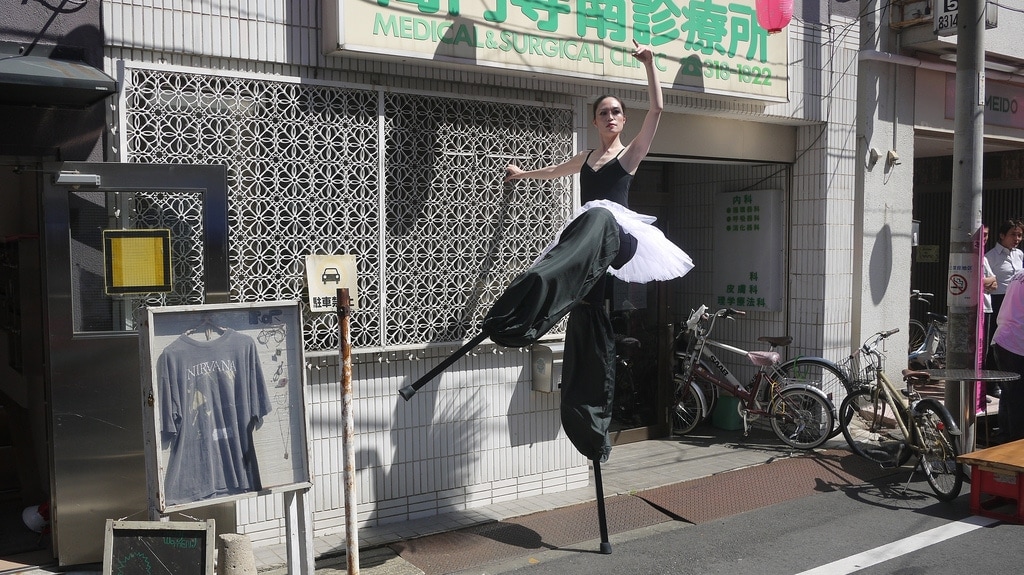 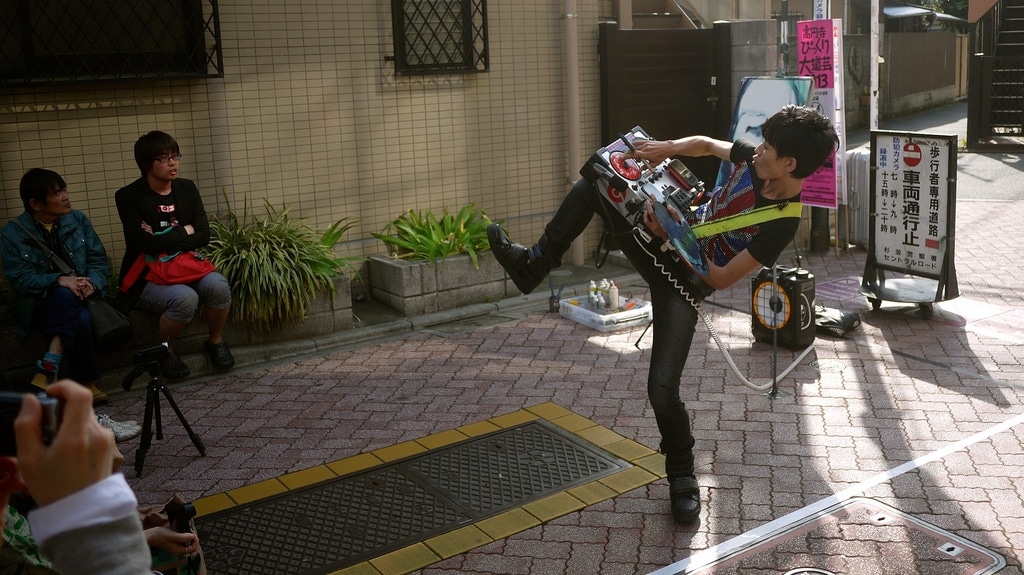 Yukinko Akira is an artist/dj who paints and dances at the same time. See him in action in the short documentary below.

When it comes to ‘art’ is the act of creation or the material result more important?