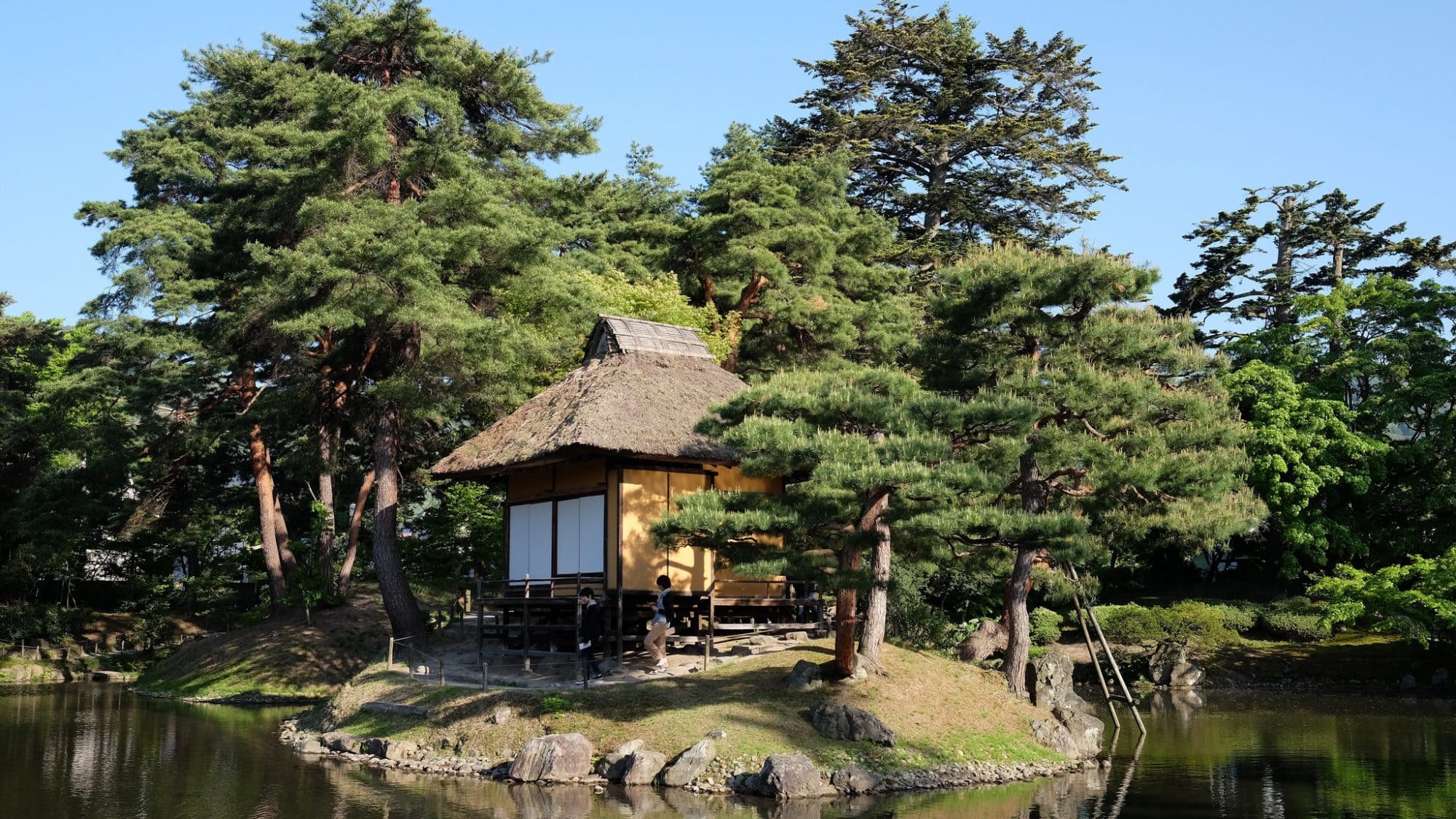 Having arrived in Aizuwakamatsu early afternoon by the time we made it to Oyakuen Garden (御薬園), a 15-minute walk from Tsuruga Castle, it was already approaching the magic hour and we virtually had the whole place to ourselves.

Completed in the Muromachi period (1430s) by a feudal lord, the strikingly beautiful garden is centred on a pond featuring a tea house, royal villa and a medicinal herb garden.

Meguro Jotei, a landscape gardener during the Edo period, designed the current layout of the garden to show nature in miniature, which is typical of traditional Japanese gardens.

The Ochayagoten was built in the Izumidono style (a pond-facing pavilion) and each room has at least four-and-a-half tatami mats. It was used when lords, superior officials, merchants or general managers of the Ashina clan were invited to Aizu.

Today it contains a sublime teahouse where you can sit and enjoy a cup of matcha.

The Rakujutei is a tea ceremony cottage built on Naka shima or “Middle Island”. It has an alcove with a rail and thatched roof. Feudal lords and the executives of the clan would enjoy tea ceremonies here.

The garden pond is named Shinji no Ike and is shaped like the kanji character for “heart” (心).

In 1670, Matsudaira Masatsune, the second feudal lord of the Aizu fief, began cultivating various herbs in the garden.

Private citizens were encouraged to grow herbs as well, and today there are about 400 kinds of medicinal herbs and trees which are cultivated for traditional remedies.

During May the garden is awash with purple wisteria draped over purpose-built wooden frames.