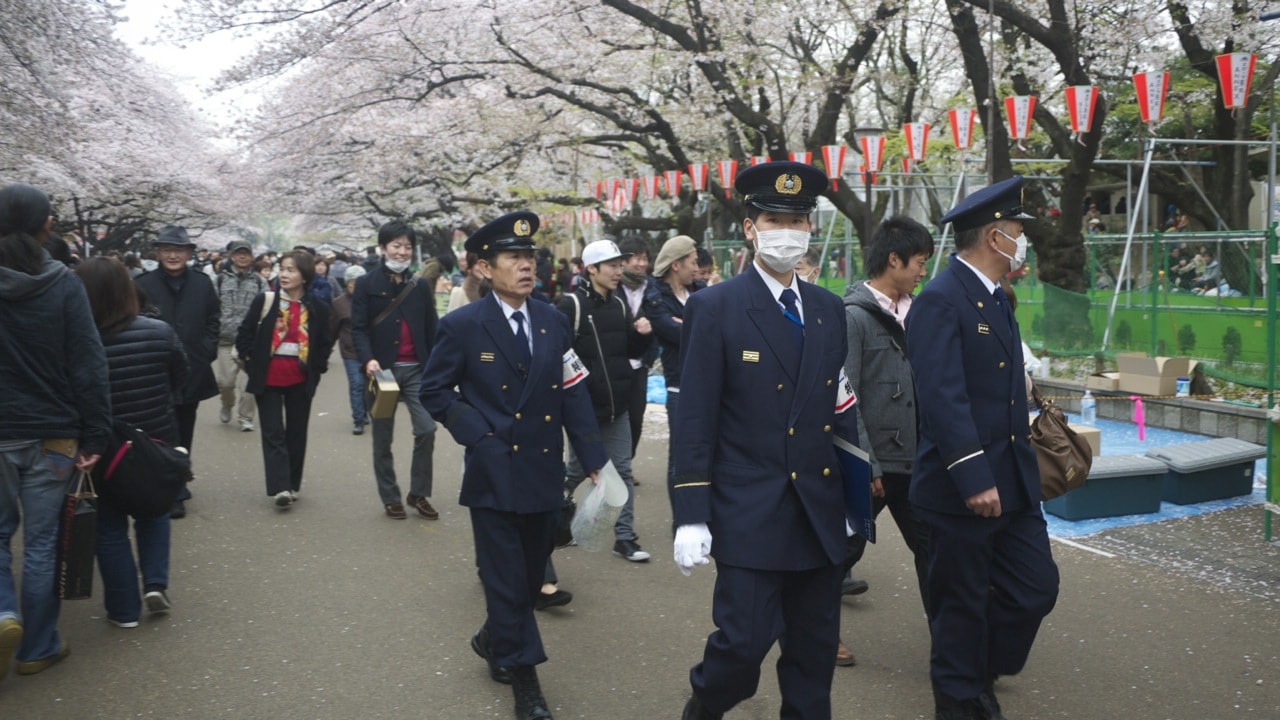 With the weather in Tokyo fluctuating wildly between heat and rain the last couple of weeks, most of the sakura is now over but here’s a few more photos showing people enjoying it at its hight. 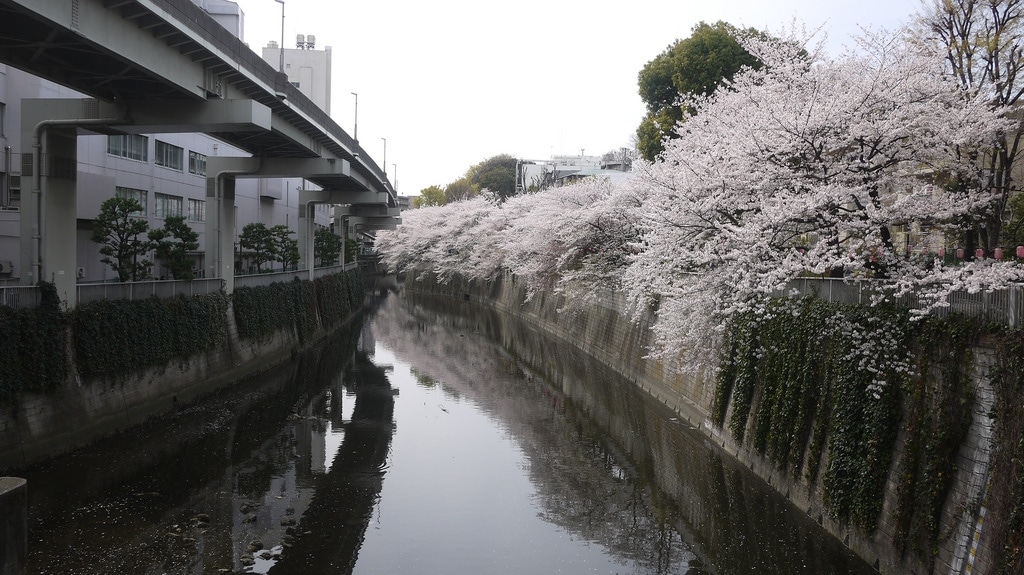 I live close to the Kanda River (神田川) and while it’s usually nothing much to look at, when the sakura is at full bloom it becomes spectacular. 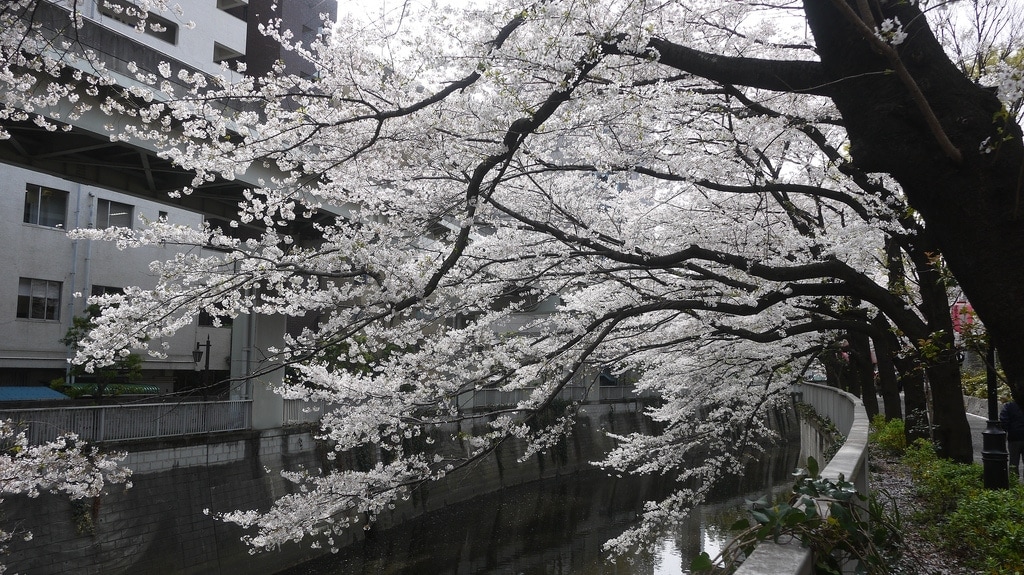 At night lanterns light the path and it becomes otherworldly. 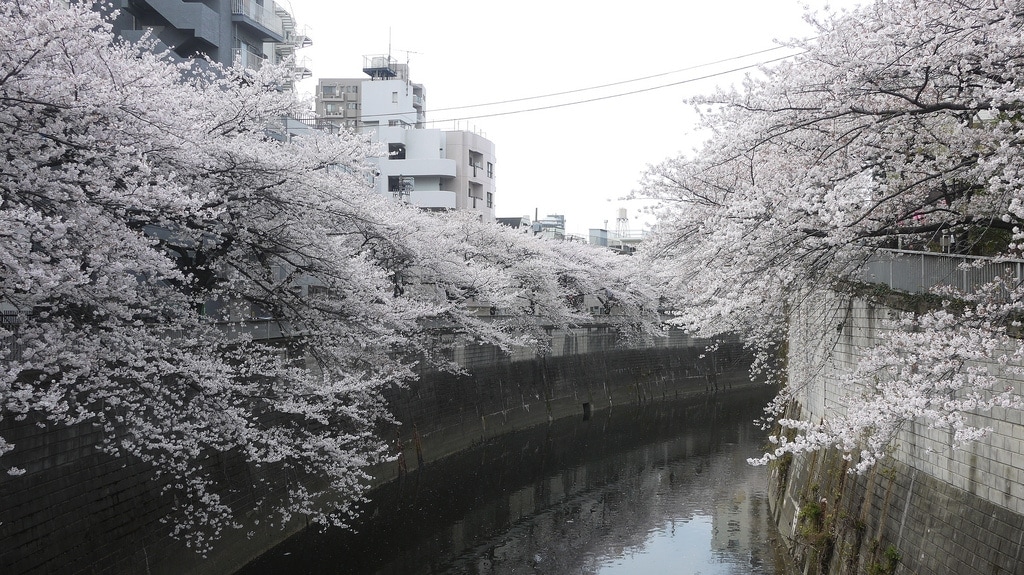 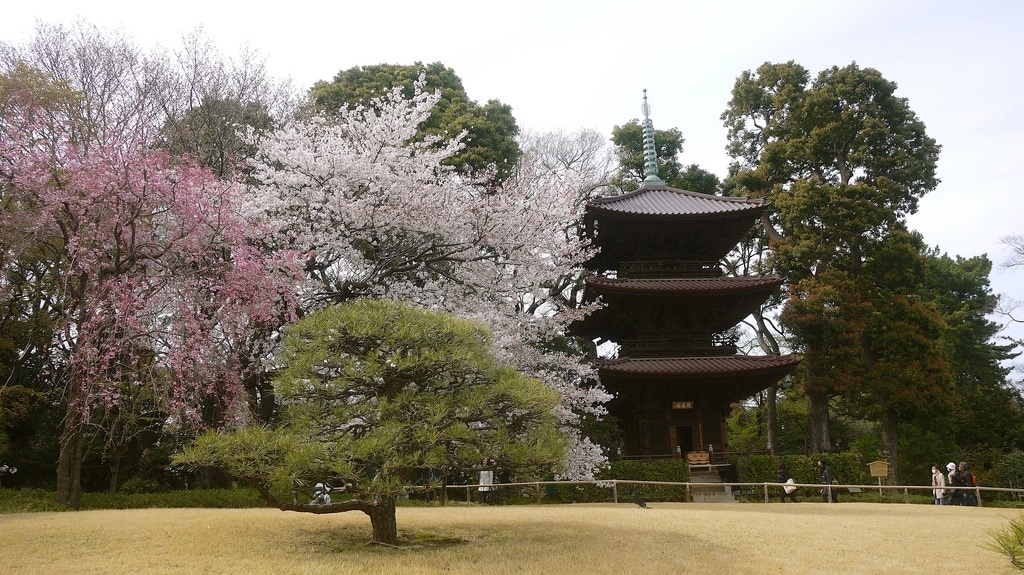 On the north side of the river are a number of parks and gardens which you can freely wander around including Chinzan-so Garden (椿山荘) and Shin-Edogawa Garden (新江戸川区公園). A mother and daughter take photos in traditional garb. 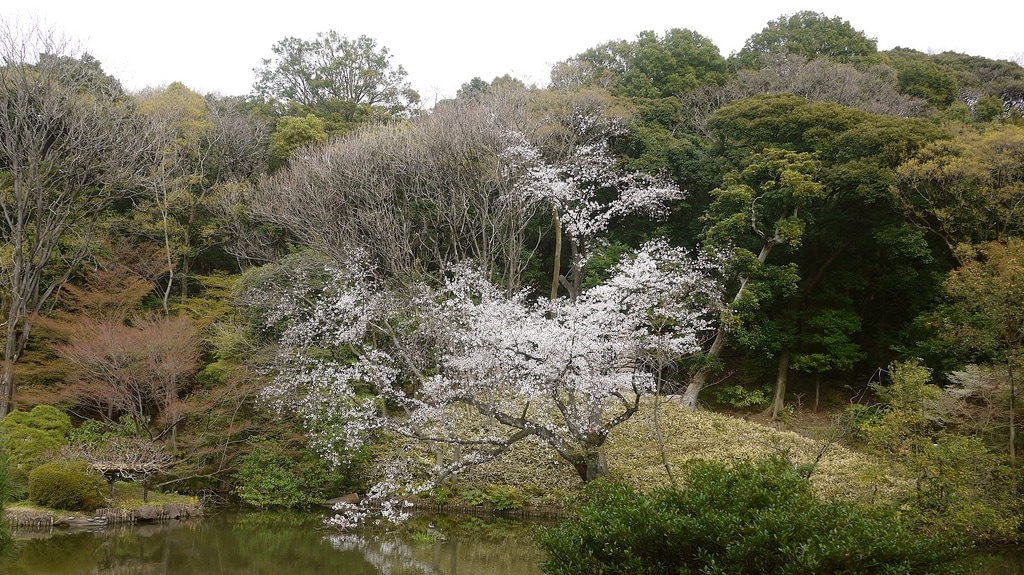 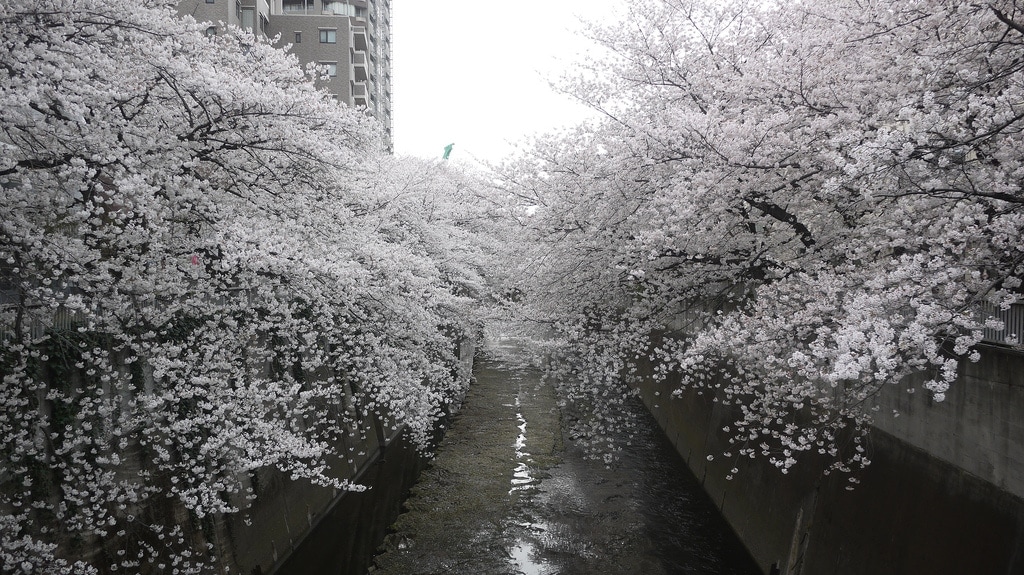 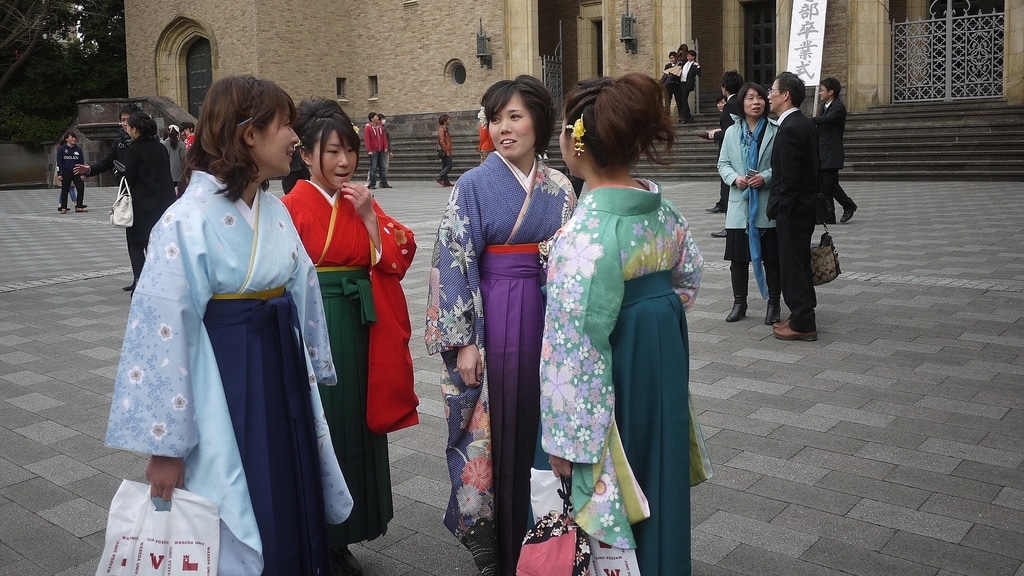 Nearby at Waseda University (早稲田大学) students were dressed up for their graduation day. The intricate and unique patterns on their kimonos were very beautiful. 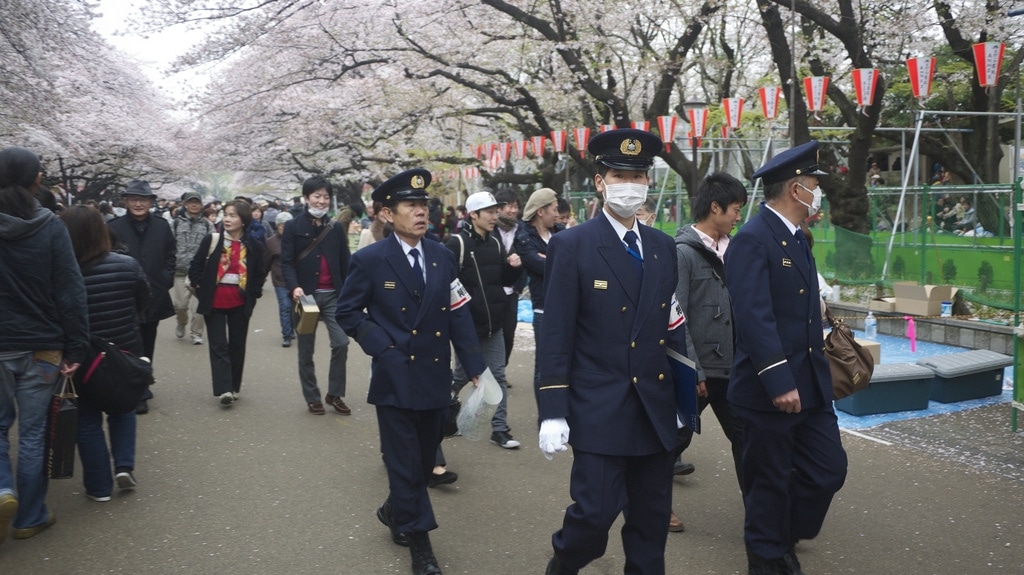 On the opposite side of the city in Ueno Park security guards were out in force making sure people were having their hanami parties in the designated spots. 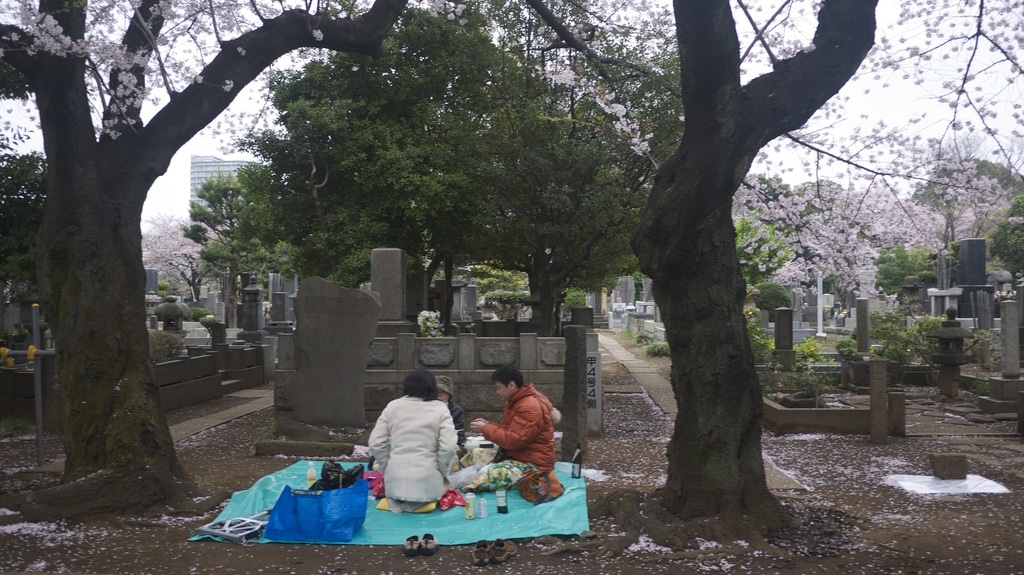 Although it seems it was perfectly acceptable to have them in the cemetery! Perhaps sharing a bottle of sake with a departed loved one?