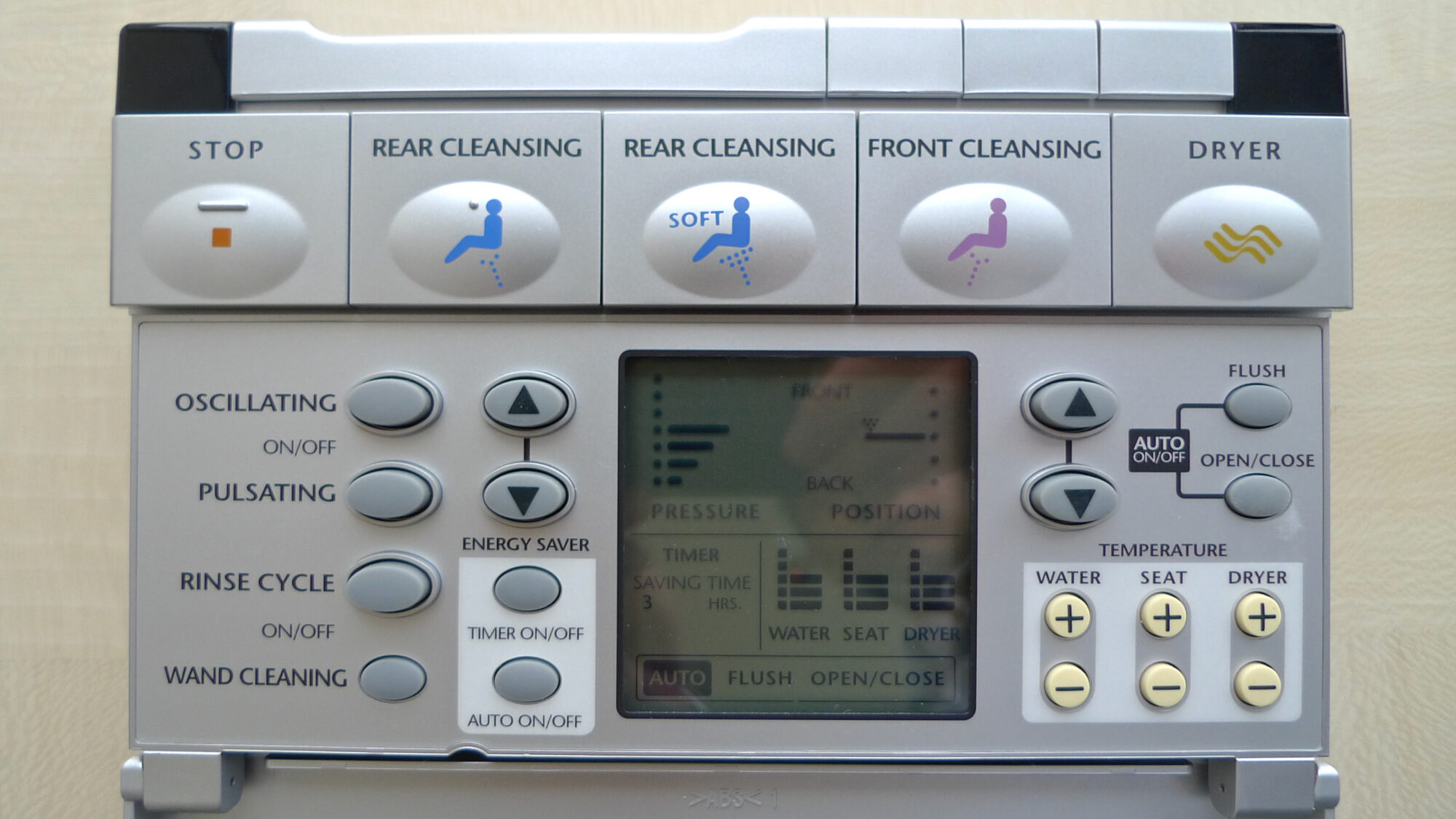 Ok, so you probably don’t read too many blog posts about toilets but stick with me!

Last weekend I was lucky enough to stay in the Park Hyatt Shanghai hotel (free on someone’s reward points again) and while everything was amazing, one thing stood out in particular: the toilet. As long as it’s western-style I’m not too fussy about loos but what I found in my bathroom went beyond anything imaginable.

First of all the toilet lid automatically raised itself when you entered (see video below), had a heated seat and automatic flush but way beyond this was the remote control that was hung on the wall (see photo above). Yes, you heard me right – the toilet had a remote control. For the life of me, I can’t work out the use case of this apart from for playing practical jokes.

I’m used to toilets with only 1 button/lever but this thing had 27 of them including an LCD display to customise every aspect of the experience. While the technology may be advanced the functionality was scary – with labels like “Wand Cleaning” and “Pulsating” it took on a terminator like a menace which was constantly a button press away. I decided to say way well clear.

I’m guessing this probably comes from Japan who has a long history of high-tech toilets with even more crazy features such as automatic air deodorizing and conditioning, music to relax the user’s sphincter, germ-resistant surfaces which glow in the dark, a power-saving mode that warms the toilet seat based on historic usage patterns, a talking voice that greets the user, and even inbuilt wi-fi! The mind boggles.

Frankly, I think this is all a bit much. If you get to the point where your toilet has 27 buttons then evolution has probably reached its limit and it’s all downhill from here. This company badly needs Apple to consult it about simplification of the UI but I’m not sure the world is ready for a multi-touch toilet yet!