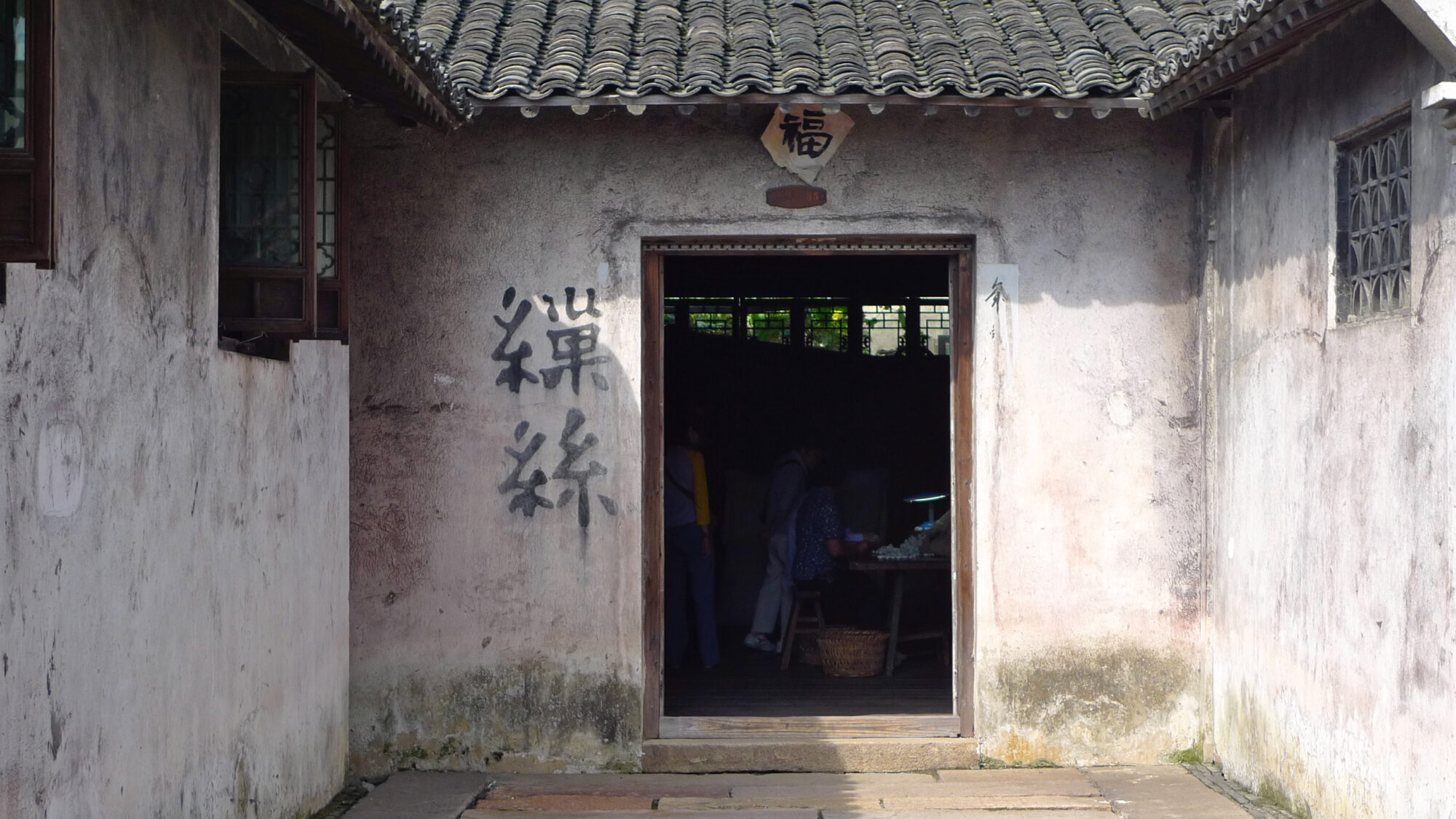 During my previous trip to Wuzhen (an ancient canal town near Shanghai), I was lucky enough to come across an old silk production factory which was still in active use, albeit mainly as a living museum these days. The process of turning a silkworm cocoon into the fabric, known as sericulture, is fascinating so I took some photos and videos to show how it’s done:

Silkworms (moths) are cultivated in controlled environments with a female laying up to 400 eggs at a time. Once hatched, the larvae are fed huge quantities of mulberry leaves (up to 50,000 times its initial weight!) for around six weeks after which it spins a silk cocoon around itself (pupating). During this time it produces about a kilometre of silk filament in 3-8 days. At this stage, the silkworm cocoons are ready for use and are sorted by hand with the bad ones being removed.

Next, the cocoons are boiled in water to soften the silk and prepare it for unwinding. The immersion in hot water also kills the silkworm larvae (predictably animal activists don’t like this bit).

Multiple strands of silk from 4-8 cocoons are joined to create a single strand making it much stronger. Amazingly around 5500 silkworms are required to produce just 1 kg of silk.

Each thread is then spun onto a reel by a machine (known as filature). Raw silk contains sericin (a binding protein) which needs to be washed out at the same time before it can be used commercially.

The video above also shows the traditional manual method by which the spinning wheel was operated and more of how the automated machine operates.

Once spun into a yarn the thread can then be woven into a fabric. The contraption above is so complicated it has to be operated by two people with a woman sitting on top to allow the weaving of complex multi-coloured patterns. It strangely reminded me of a church organ with foot pedals and complex patterns to be followed. No computer-aided design around here!

The end result is a highly desirable and expensive fabric that is popular around the world with most of it coming from China and India. The next time you buy something silk bear a thought for all the silkworms which died to make it for you 😉