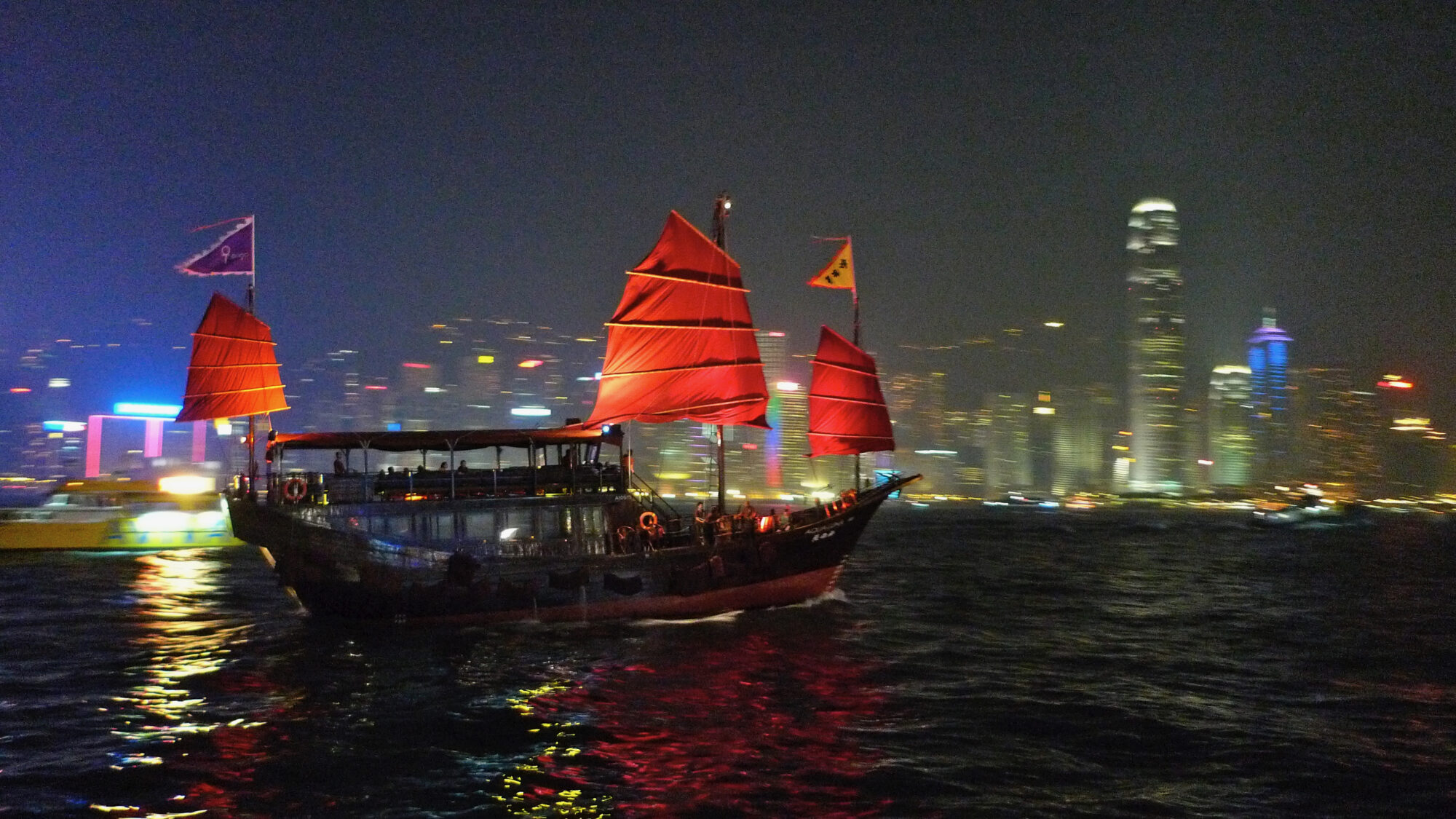 This post should really be titled “One Day in Hong Kong” but it didn’t match the above photo (a junk sailboat that was cruising along Victoria Harbour at night) so nicely. It’s not a wonderful photo but I like the red colour of the sails against the skyscraper shoreline. Of all the skylines in the world HK is hard to beat… anyway, I digress…

I hadn’t been to HK for a few months so on Saturday I crossed over the border for a day trip to explore the southern half of Lamma Island (southwest of Hong Kong Island proper). Starting from Shenzhen Bay I took the bus down to Kowloon and then a ferry from the central piers to the island, a trip of about 40 minutes.

Arriving at Sok Kwu Wan, a small fishing village on the southwest coast, I had planned to follow the “family trail” which runs the length of the island. The only problem was that I didn’t have a good map and took a wrong turn somewhere diverting me onto a circular route which included traversing one of the island’s small mountains. Not quite what I had in mind (especially considering I only had a single bottle of water and melted chocolate bar with me). Getting lost aside the walk was nice and there was hardly anybody about to disturb the peace.

The island itself is dense with lush green trees and plants which are apparently home to a number of poisonous snakes that I was (un)fortunate enough not to encounter. Curiously many of the island’s small houses seemed to be abandoned or in a state of some disrepair. Given it was Halloween my imagination ran a little wild and I was convinced that each dilapidated shack I encountered was home to demented locals ready and waiting to feast on lost hikers.

After about two hours of walking, I finally made it back to the dock and took a ferry to Aberdeen on the south shore of Hong Kong Island. Here high-rise apartments dominate the horizon built right up to the water’s edge where a small flotilla of fishing boats was moored. I’d liked to have explored further but time was against me so I took a bus through the long tunnel to Causeway Bay on the other side of the island which brings us nicely back to the beginning of this post.

On balance, I think I prefer Cheung Chau Island but for hiking Lamma certainly has more on offer.